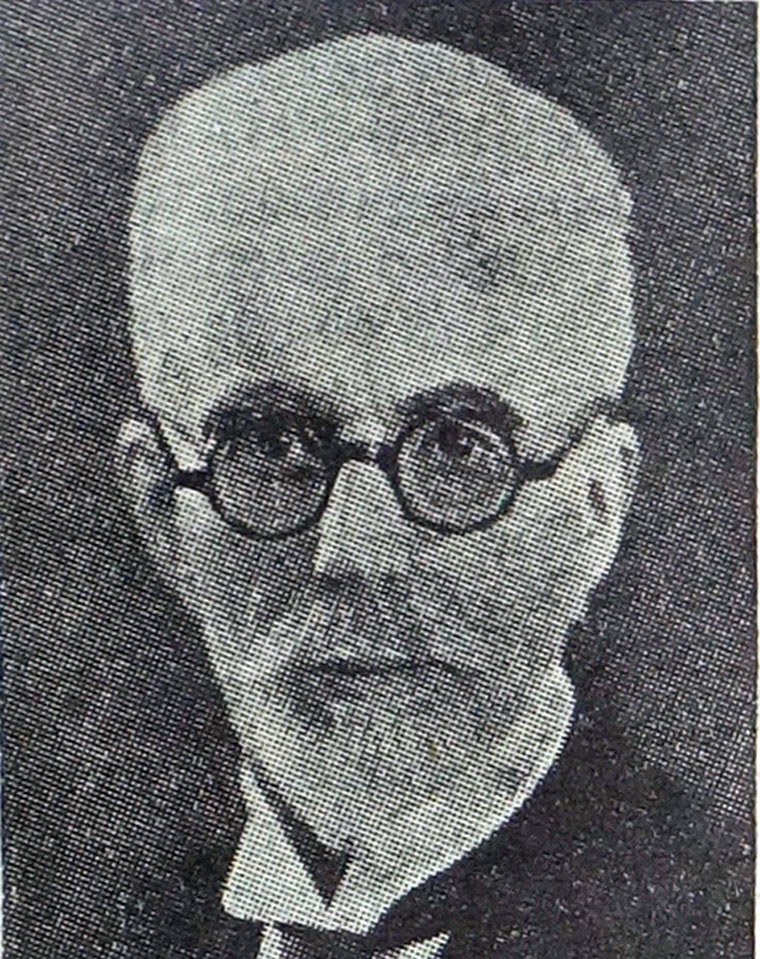 Professor Dr. AUREL STODOLA. In the passing of Professor Stodola on 25th December 1942, in his eighty-fourth year, the world has lost a great engineer and teacher. He was born in 1859 in the Slovakian (then Hungarian) town of Lipstovsky St. Mikulas, being the second son of a tannery owner. Stodola seemed early destined for a professional career by virtue of his high intellectual ability coupled with a delicate physique. He studied at the Realschule at Levcca and Kosice in Slovakia, and at the Budapest Polytechnic, where he obtained a scholarship. While continuing his studies at the Polytechnikum in Zurich, he was, after two years and at the age of 21, awarded the Diploma of Mechanical Engineer with Distinction, an honour conferred only on students of very exceptional ability.

After obtaining practical training and further study in Berlin and Paris, Stodola accepted a position as engineer in the Prague works of Ruston and Co (Prague), a firm which had introduced the Corliss engine into Austria, and it was here he found opportunity to develop his abilities as a designer.

In 1892, at the age of 33, he accepted the Professorship of the Mechanical Department of the Polytechnikum in Zurich, a post which he occupied until his retirement in 1929 at the age of 70. He remained at Zurich until his death, Switzerland having become his second home. The town of Zurich presented him. in 1905 with its Honorary Citizenship. During his professorship many honours were bestowed on him, including the degree of Doctor of Philosophy by the University of Zurich, while the honorary degree of Doctor of Engineering was conferred on him by the Technische Hochschule of Hanover and of Brunn. In 1908 the Society of German Engineers presented him with the Grashof Denkintinze, the highest distinction which it can confer. He was also appointed a Corresponding Member of the French Academy of Science.

Professor Stodola was a gifted lecturer, not only was he master of his subject, but he also had the ability to stimulate his students by tactful criticism and encouragement, while the active interest of his pupils was maintained by his remarkable proficiency in blackboard sketching. He extended personal attention to the work of the individual student at the drawing board, and where he recognized talent, he discussed the problems involved and their possible solution, with keen interest.

The position in the engineering world held by the small country of Switzerland, and the eminent positions held by many of his students in other parts of the world, are evidence of the success of Stodola's teachings.

Although his interests covered a wide range of engineering, it is to his work on the steam turbine that the world is most indebted. In this field his earliest work dealt with the stability of governing turbines by means of servo-motors, but it was his first lecture on the theory of the steam turbine, given in 1902 before the Society of German Engineers in Dusseldorf, that marked the beginning of his masterly work on this subject. A year later this lecture was published in an expanded form in the Zeitschrift, and was shortly followed by his first volume published under the title of "The Steam Turbine".

In subsequent editions, his work expanded until, in 1922, his sixth edition was published, covering some 1,150 pages, and including 1,200 figures. This last edition was translated into English, and to the present time is universally accepted as the turbine designers' vade mecum.

Professor Stodola was firmly convinced that the development of this promising prime mover should be based on scientific knowledge, and in formulating a basis for design, he endeavoured at all times to substantiate his mathematical approach by experiment. He demonstrated by tests the fallacy hitherto held that supersonic steam velocities were not possible, or at least impracticable, and did valuable pioneer work in the design of divergent and convergent nozzles. Methods of calculating disk stresses were laid down, as were also methods of arriving at shaft critical speeds and the gyroscopical effect on turbine disks. As early as 1914, he developed the theory of disk and blade vibration, ignorance of which had at the time led to many failures.

Gas and Diesel engines also greatly interested Stodola, and he envisaged the practical possibility of the gas turbine, his theory of which appeared as an appendix to the second edition of his book on "The Steam Turbine" in 1904. His last work on this subject dealt with tests on a 4,000 kW. commercial gas turbine unit, the results of which were published in this country in January 1940.

Professor Stodola's world-wide reputation in the field or steam turbine design led many manufacturers to lay their problems before him, and so established was his integrity that even competing firms readily availed themselves of his vast knowledge of this subject.

Stodola never came to England, his frail health deterring him from undertaking long journeys. He had, however, a perfect command of the English language, and read a great deal of English and American literature. He was familiar with the work of the great scientists and philosophers, which was clearly demonstrated in a book published after his retirement.

Stodola, during his professorship had taken a great interest in educational problems, and in this book he revealed the high standard of ideals upon which his perception of the duty of professorship was based, and dealt with the importance of the character of the engineer in his position in the community.

He expected that those endowed with intellectual ability should develop and use it, as he himself had endeavoured to do, for the benefit of humanity. Success in contributing to that end was to him of greater importance than material gain.

The esteem with which this great engineer was held outside his own country was symbolized by the award to him in 1940 of the James Watt International Medal, by the Institution of Mechanical Engineers. Professor Stodola was elected a Member of the Institution in 1902, and an Honorary Member in 1911; at the time of his death he was its senior Honorary Member.

Stodola loved, and was intensely interested in music, playing both the piano and organ, which, with his deep interest in philosophy, seemed all to harmonize with his wide human attributes.

Those who were privileged to be tutored by a man so brilliant, yet sympathetic and encouraging, will cherish lasting gratitude, while the many who were less fortunate can still turn for guidance and benefit to the masterful foundations of design which, in its wider sense, constituted his life's greatest work.