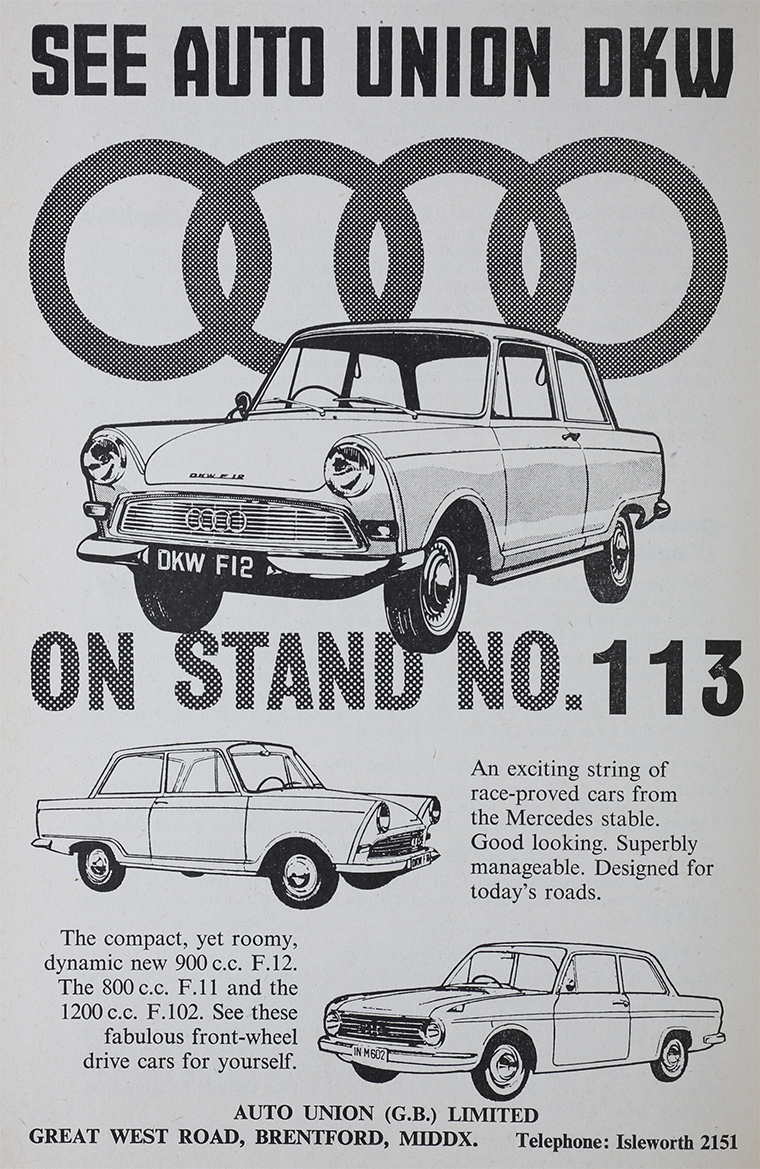 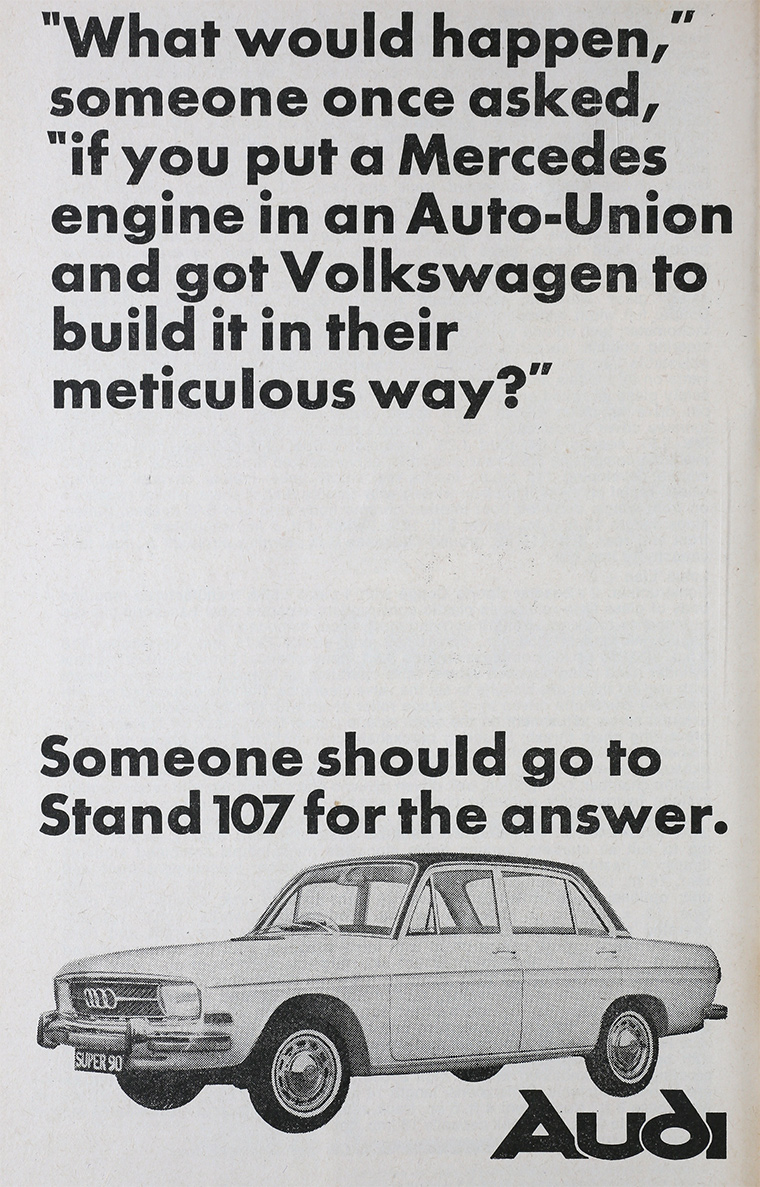 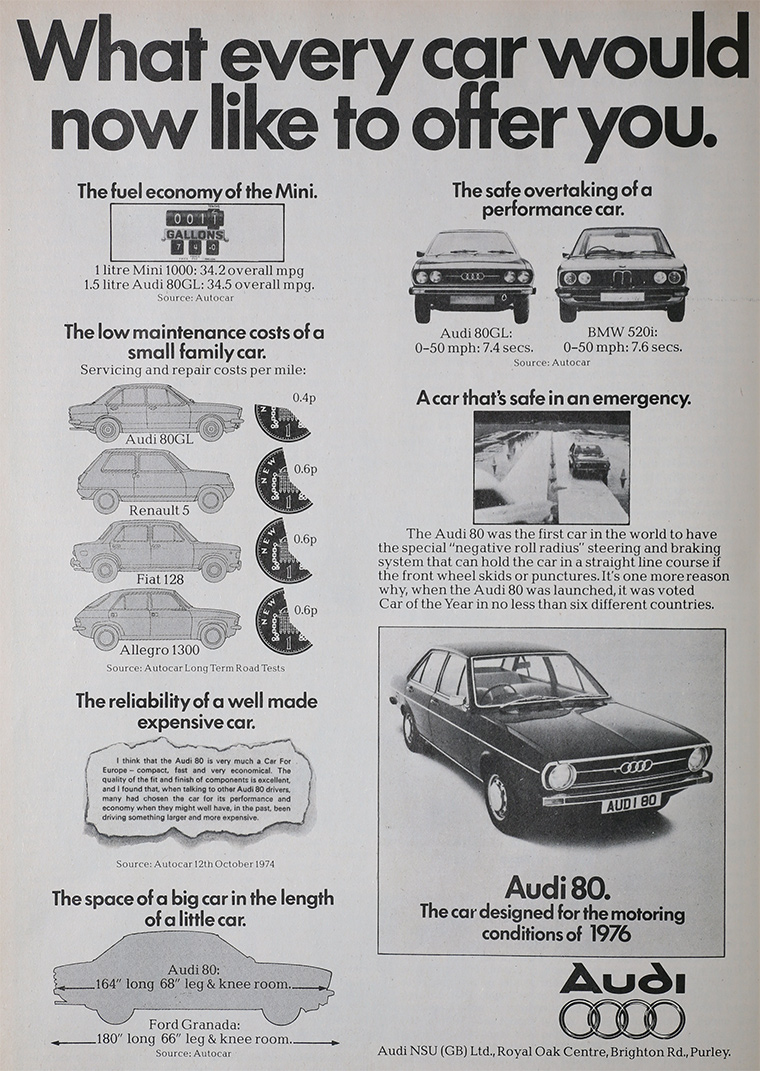 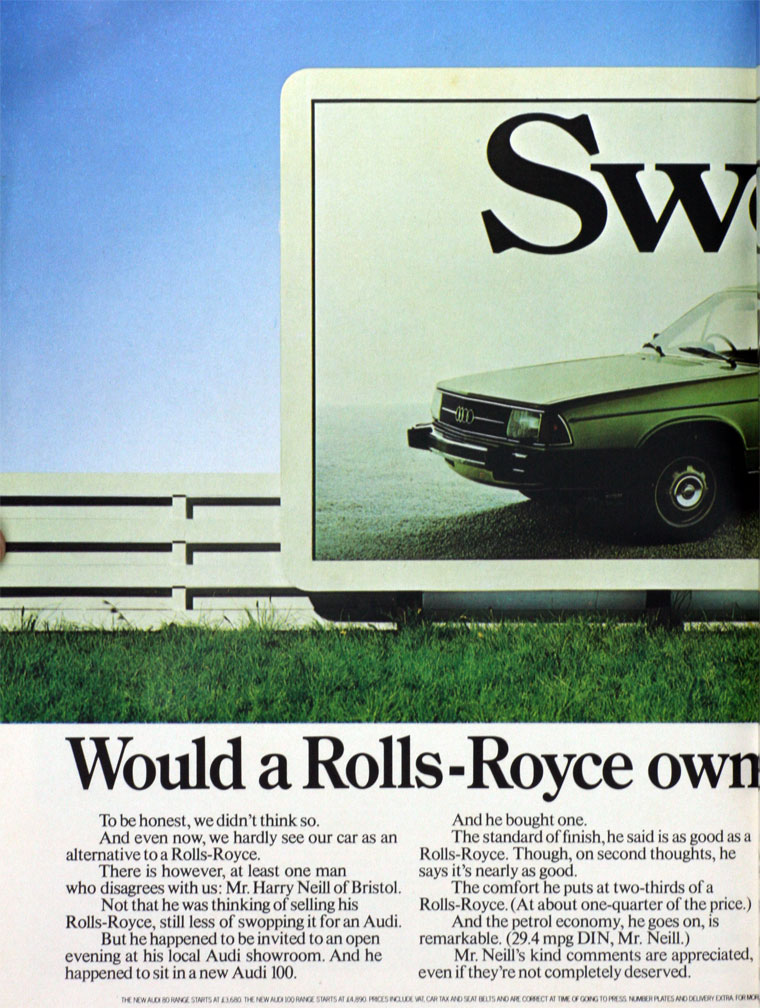 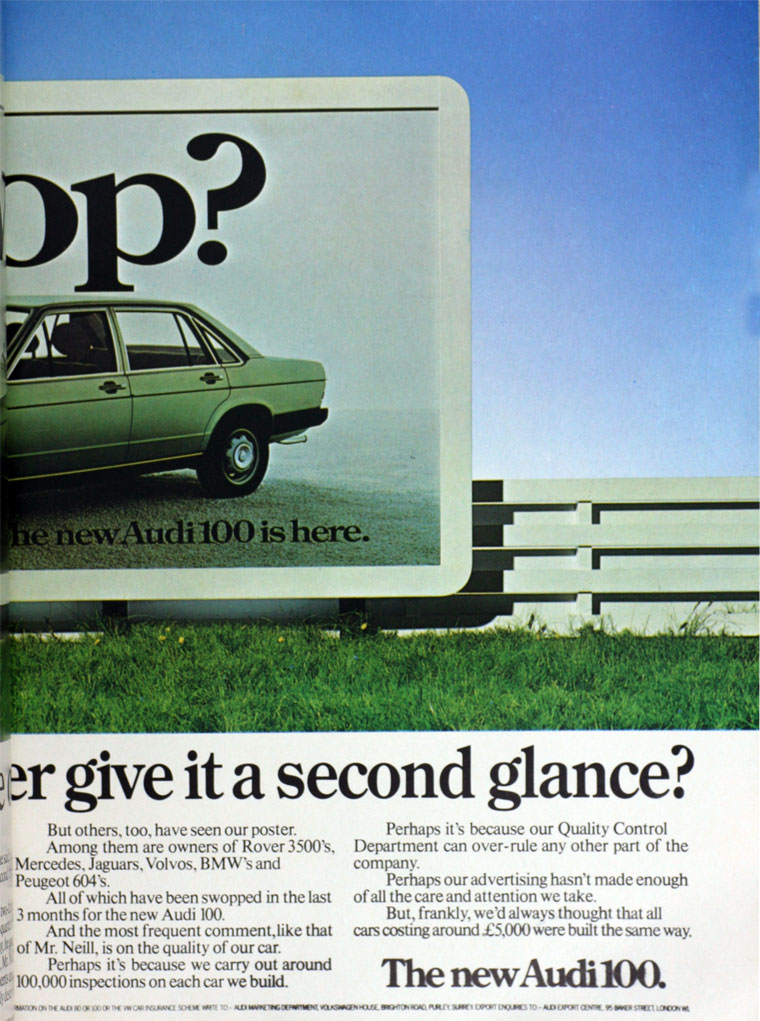 Founded by August Horch as the Audi Automobilwerke GmbH Zwickau

1920 August Horch left the Audiwerke for a high position at the ministry of transport, but he was still involved with Audi as a member of the board of trustees.

1928 Jørgen Rasmussen, the owner of Dampf-Kraft-Wagen (DKW), acquired the majority of shares in Audiwerke AG.

In 1932, Audi merged with Horch, DKW, and Wanderer, to form Auto-Union AG, Chemnitz.

Reflecting the economic pressures of the time, Auto-Union concentrated increasingly on smaller cars through the 1930s, so that by 1938 the company's DKW brand accounted for 17.9% of the German car market, while Audi held only 0.1%. After the final few Audis were delivered in 1939 the "Audi" name disappeared completely from the new car market for more than two decades.

The modern era of Audi essentially began in the 1960s when Auto-Union was acquired by Volkswagen from Daimler-Benz.

After relaunching the Audi brand with the 1965 introduction of the Audi F103 series, Volkswagen merged Auto-Union with NSU Motorenwerke in 1969, thus creating the present day form of the company.

The new merged company was incorporated on 1 January 1969 and was known as Audi NSU Auto Union AG, with its headquarters based at NSU's Neckarsulm plant, and saw the emergence of Audi as a separate brand for the first time since the pre-war era.

In 1985, with the Auto Union and NSU brands effectively dead, the company's official name was now shortened to simply Audi AG.