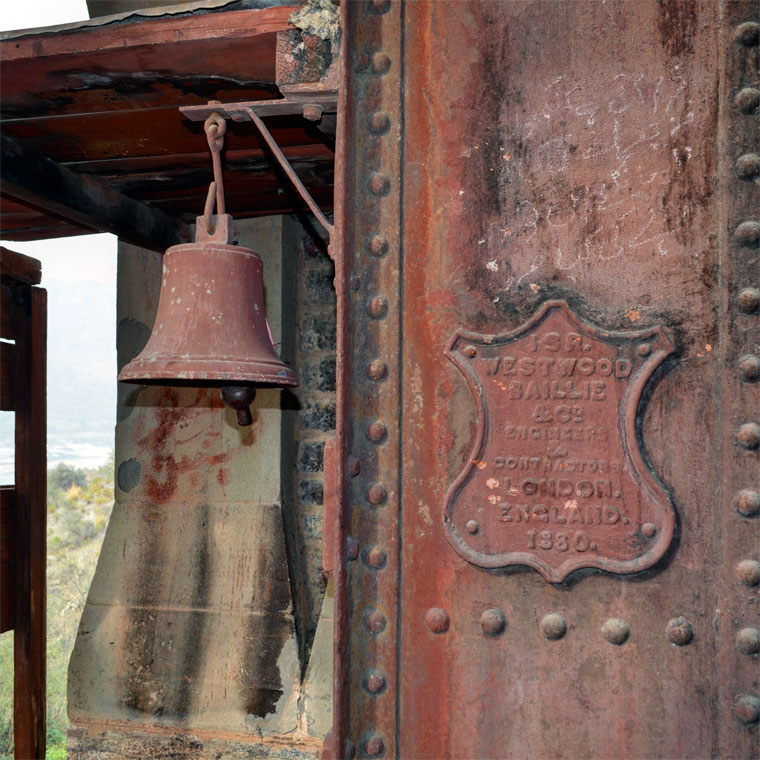 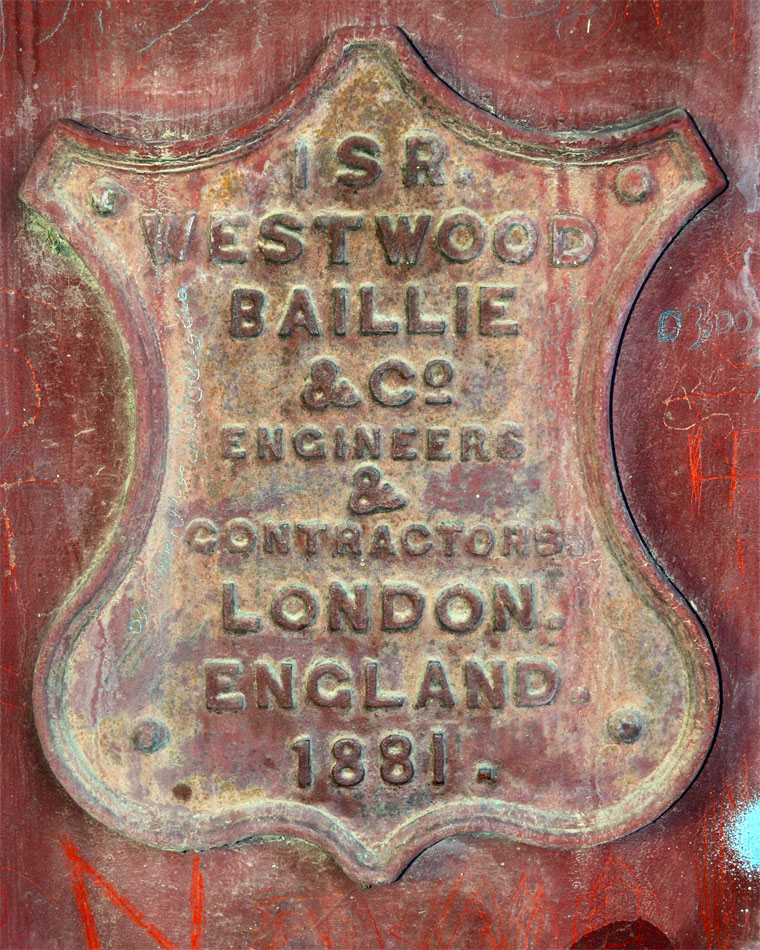 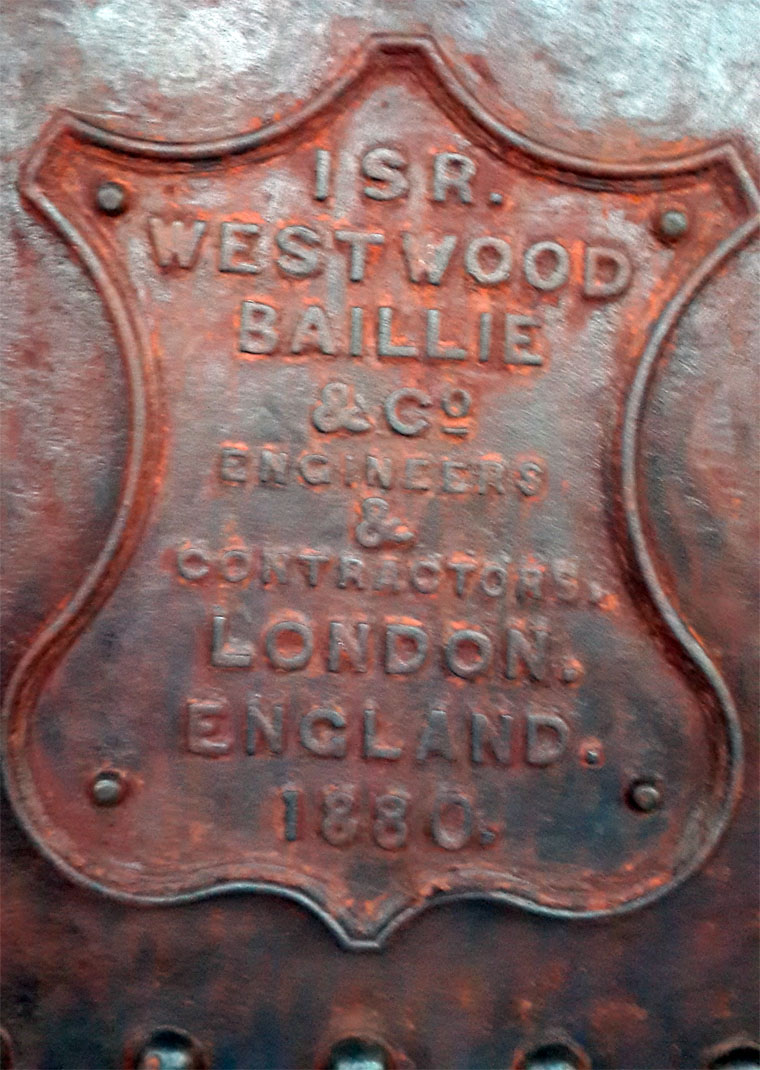 Name plate on the bridge detailing Westwood, Baillie and Co. 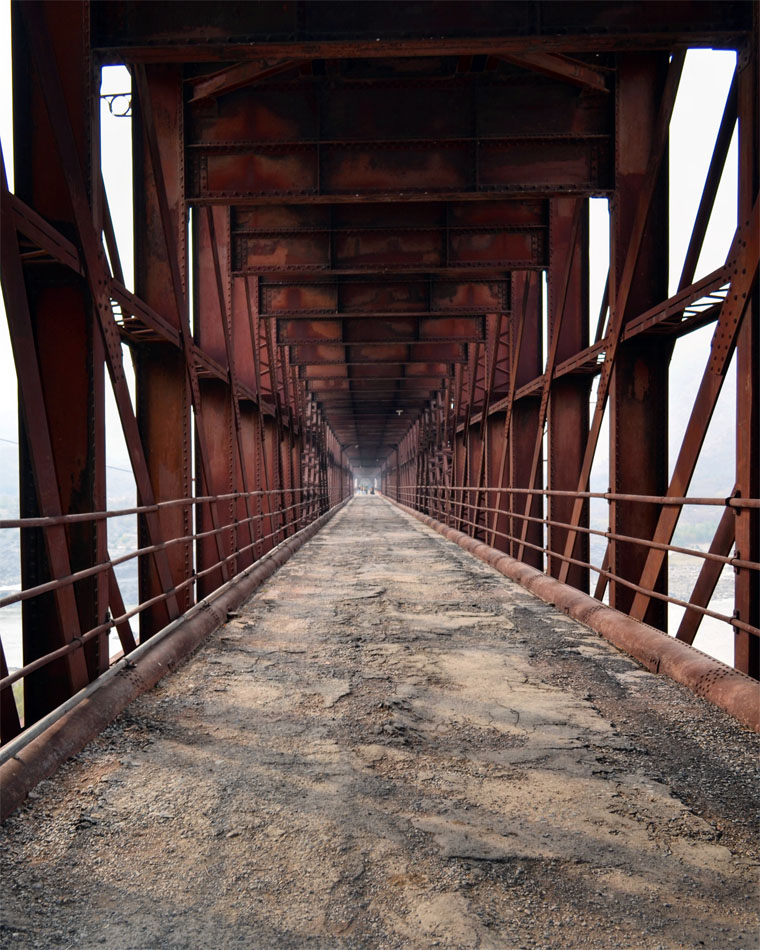 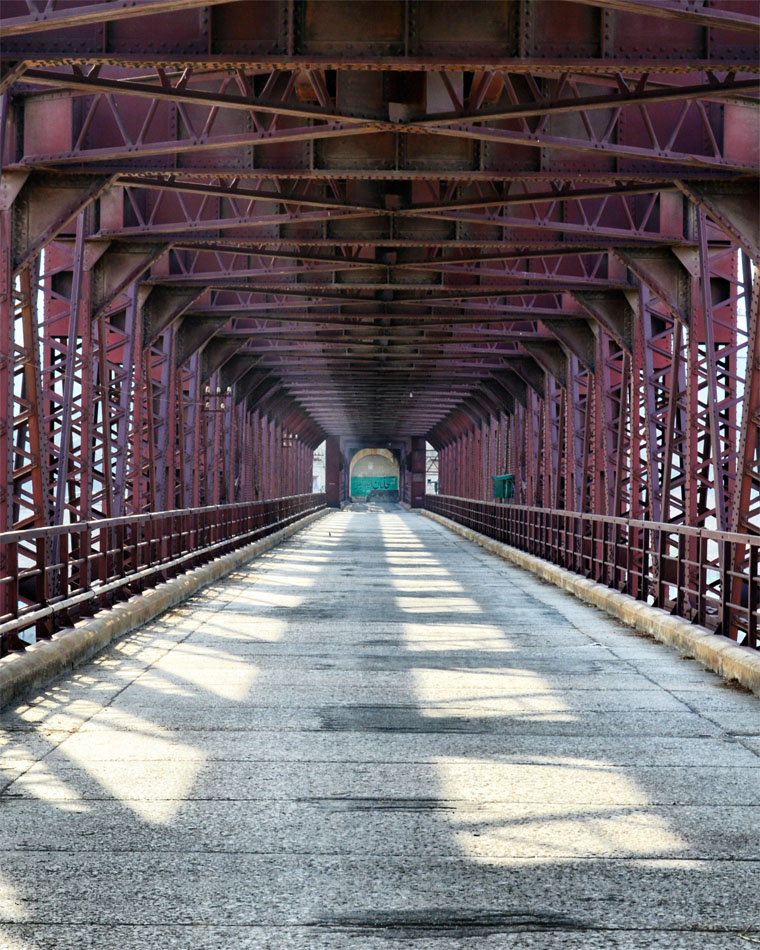 The Attock Bridge is situated between Attock Khurd and Khairabad Kund on the Indus river in Pakistan. It is commonly known as "Old Attock Bridge".

This bridge is one of the most important strategic and commercial crossing on the Indus River between Punjab and Khyber Pakhtunkhwa provinces, hence was heavily fortified.

The design was over seen by Sir Guildford Molesworth, designed by Sir Francis Callaghan and built by Westwood, Baillie and Co.

The structure was reconstructed in 1929, at the cost of Rs 2.5 millions. The bridge has 2 levels and 5 spans. Three spans are 257 feet long and two are 312 feet long. The upper level is use for railway traffic and lower level was used for road traffic. The approaches to the bridge were built as solid fortifications - as a defence against raids from nearby Pashtun tribesmen.

This bridge was a part of famous Grand Trunk Road.

In 1979 a new bridge was constructed and road traffic was shifted to there. This new bridge is known as "New Attock Bridge".

Attock Bridge is still in use for railway traffic.