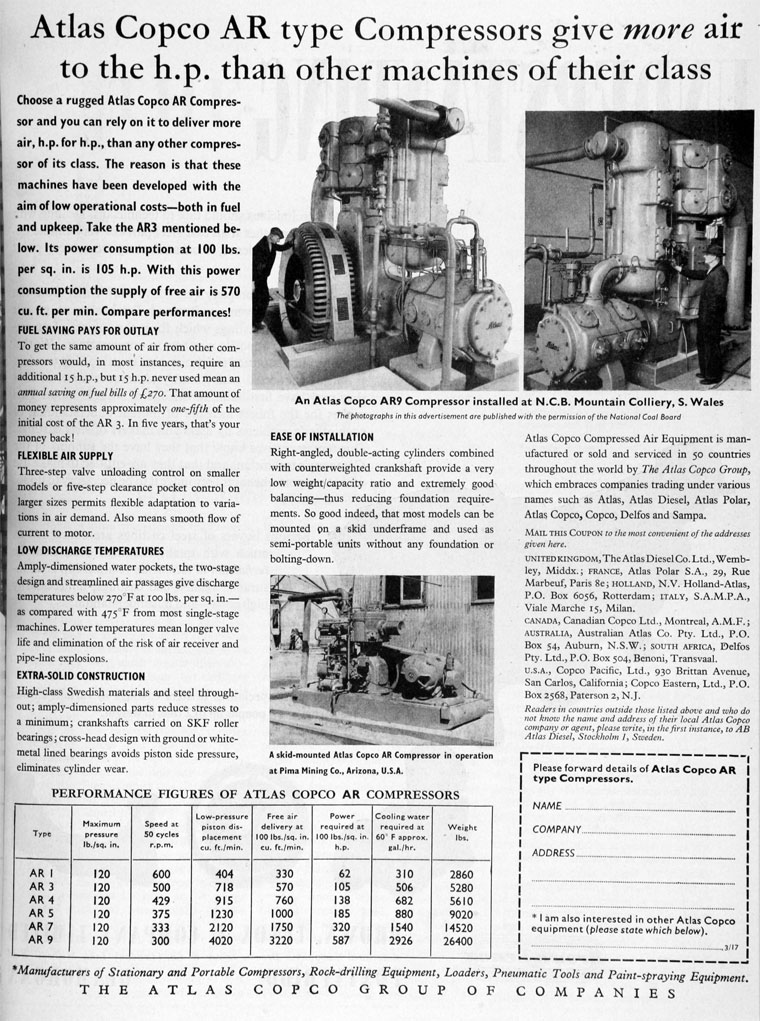 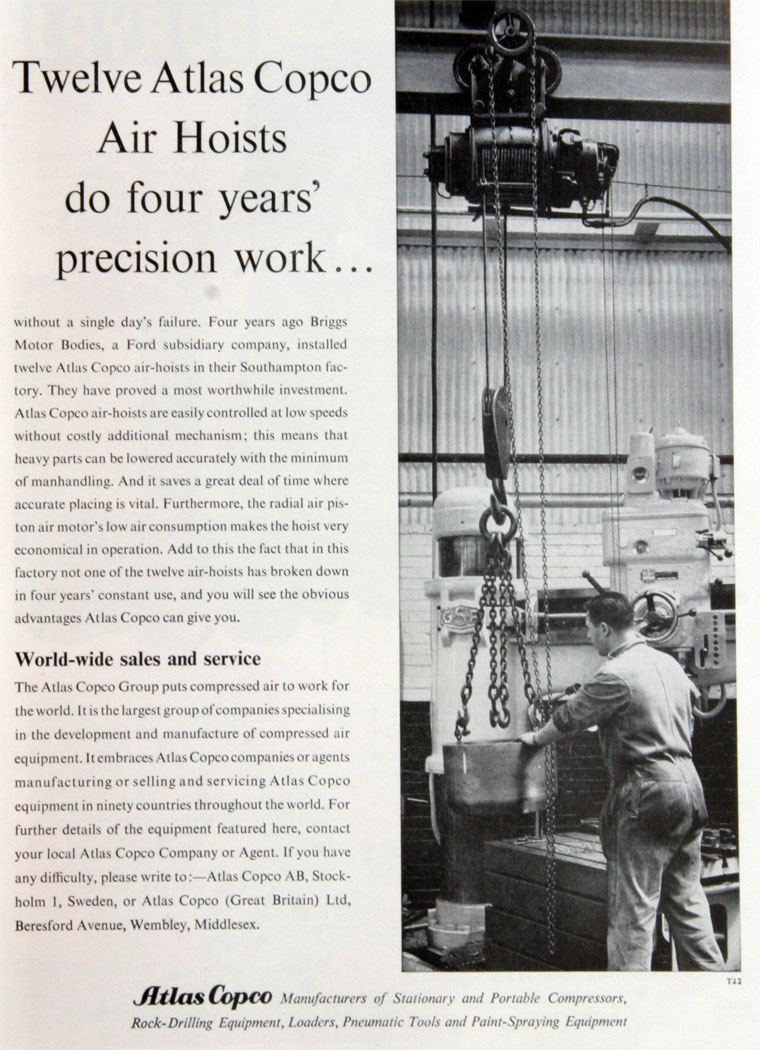 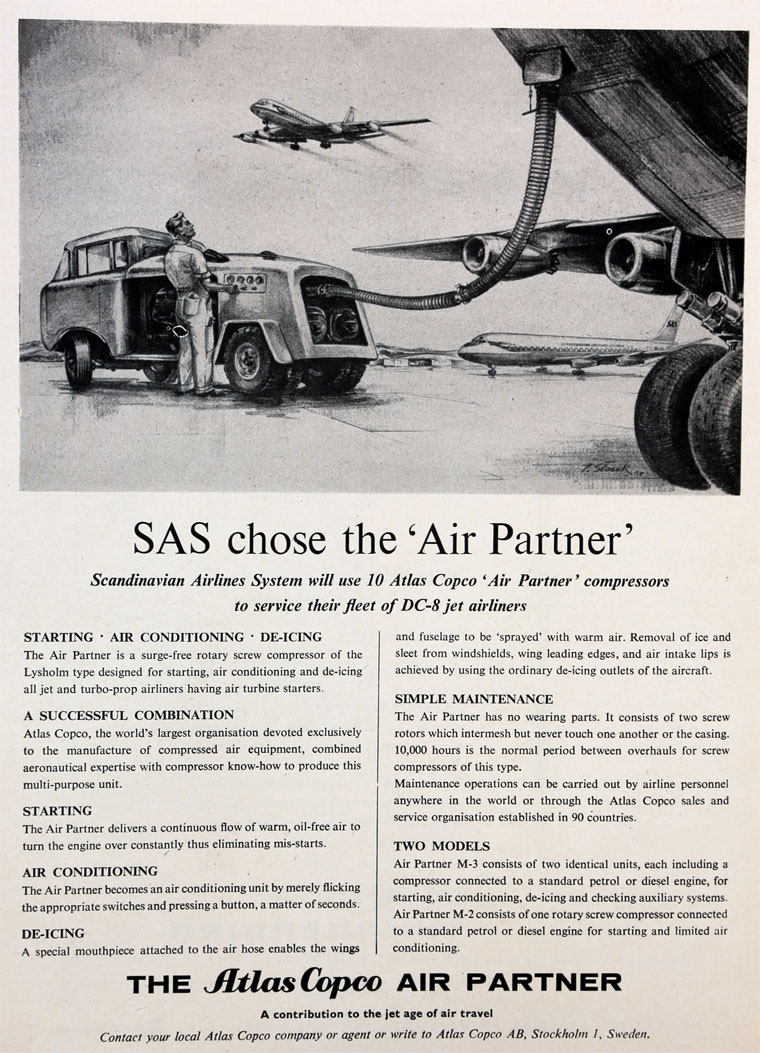 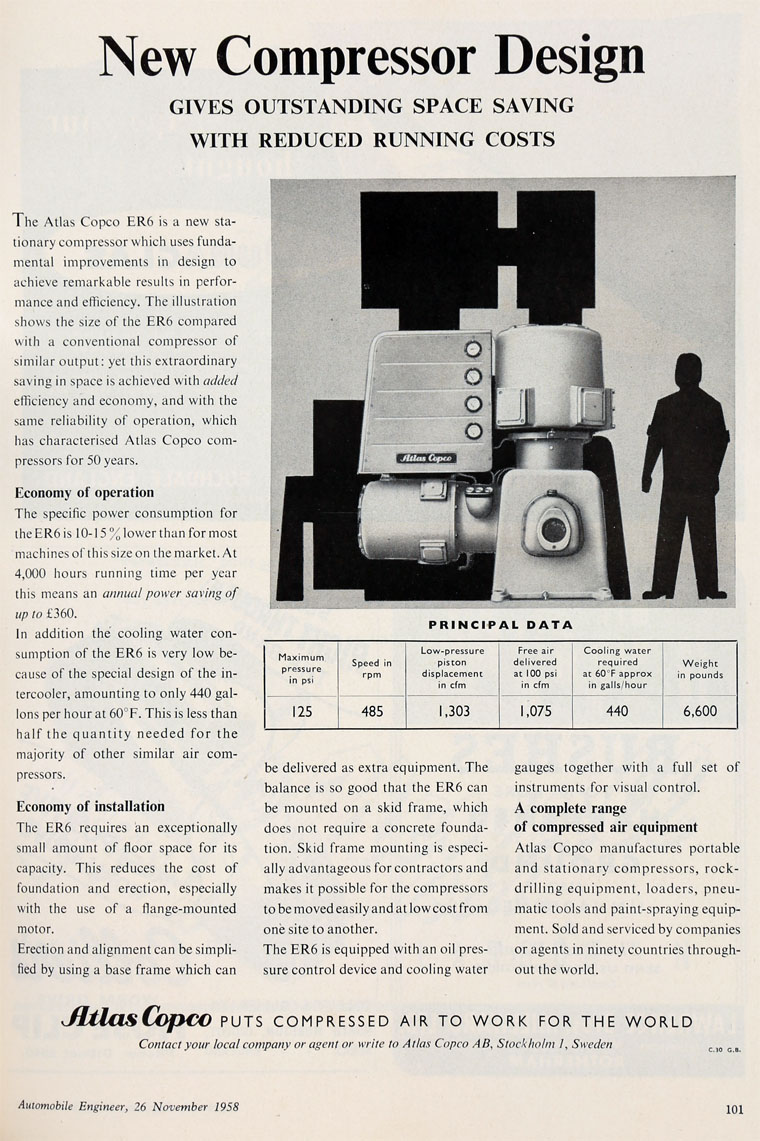 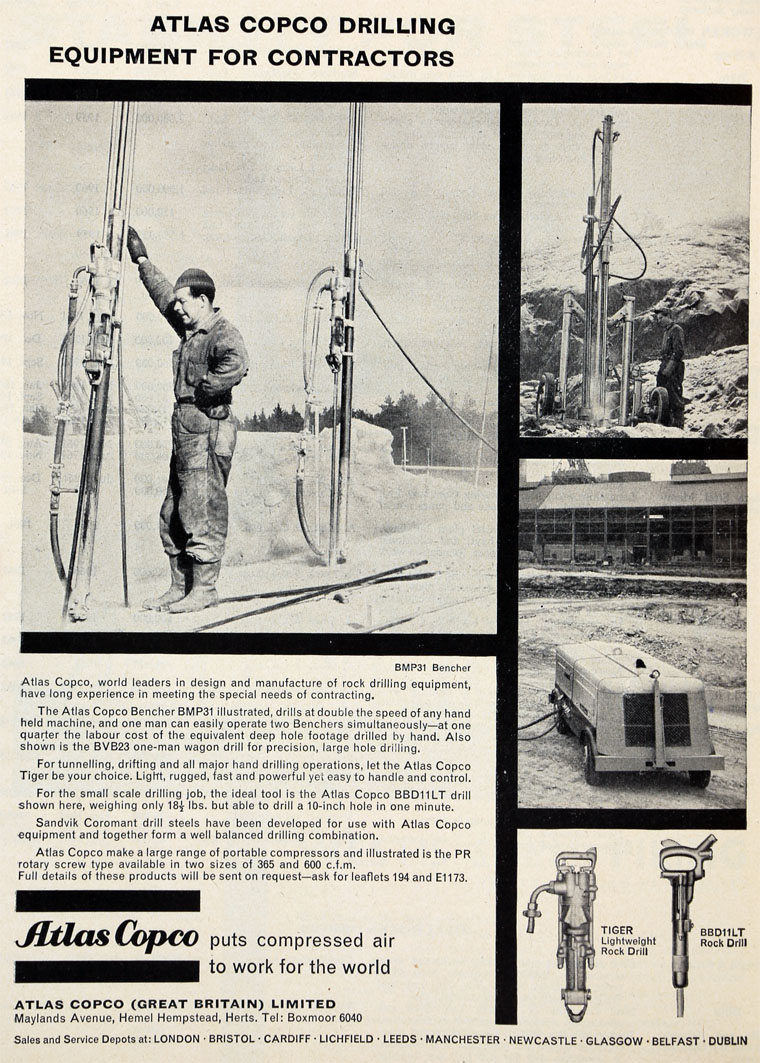 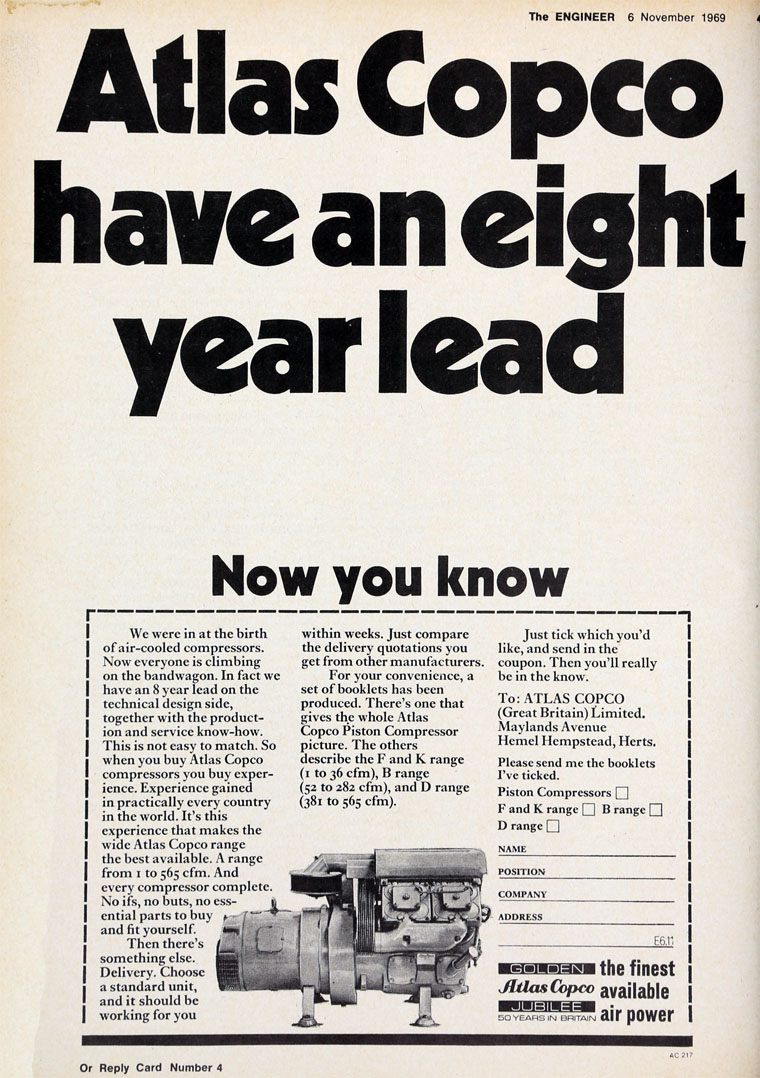 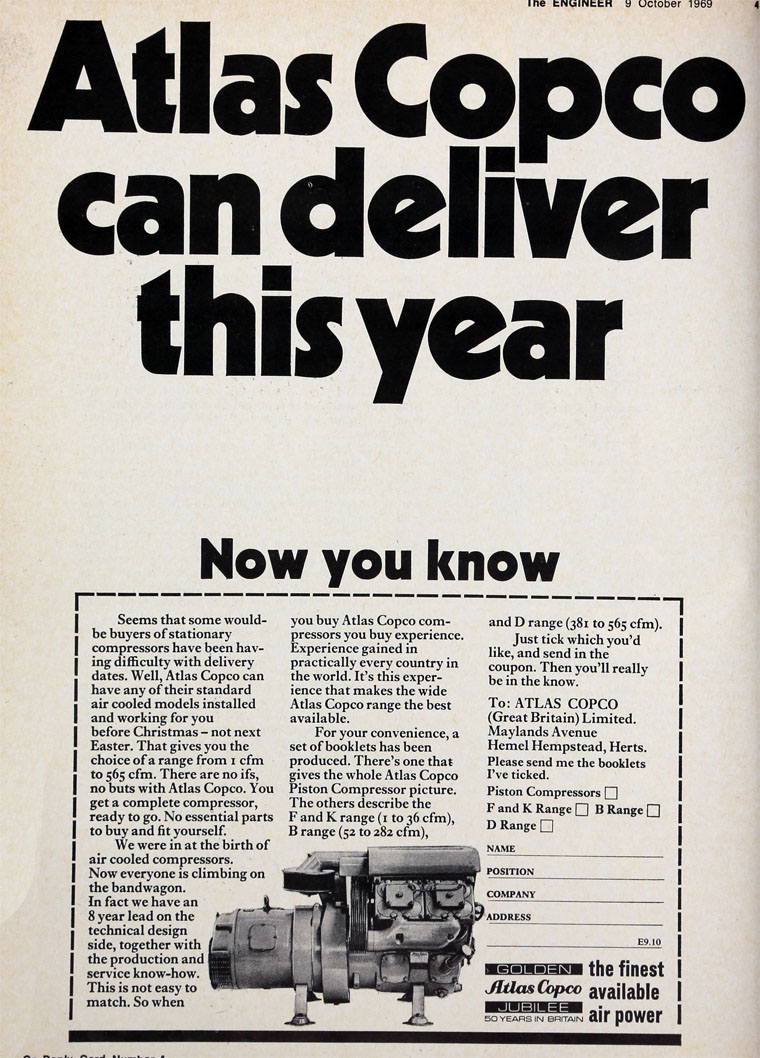 1873 AB Atlas was founded in Sweden

1919 Became private company - presumably the establishment of the British subsidiary

1948 End of diesel production when Nydqvist and Holm (NOHAB)acquired the diesel manufacturing operations. The name Atlas Diesel was no longer relevant so a new name was sought that would both reflect the company's type of operations and provide uniformity for the foreign subsidiaries.

A new name was chosen for the parent group: Atlas Copco, derived from the name of a Belgian subsidiary – Compagnie Pneumatique Commerciale

1954 There were number of companies within Atlas Copco in the UK; they traded under a variety of names[1]: