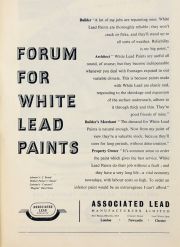 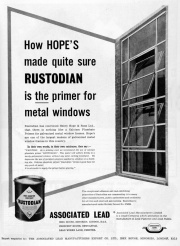 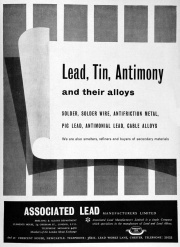 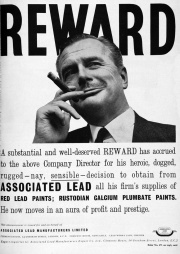 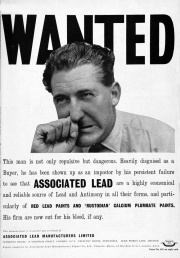 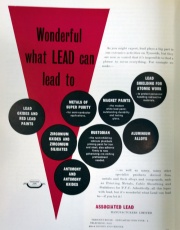 of London, with works at Newcastle upon Tyne, Chester and Liverpool, manufacturers of white lead, lead oxide, etc. and paint merchants.

1919 Company incorporated[1] in an abortive attempt to consolidate the British lead industry.

1921 Rumour of an initiative of the Burma Corporation to bring together 6 leading British companies with interests in lead, to link the manufacturing side of the lead business with the producing side and to free the British industry from German dominance. This would be achieved by amalgamation under the Associated Lead Manufacturers Ltd., which would involve 5 private companies and one public company Walkers, Parker and Co[2].

1923 The company acquired the lead, antimony and other manufacturing interests of Cookson and Co (which were put into a separate company Cookson Lead and Antimony Co) and Locke, Lancaster and W. W. and R. Johnson and Sons Ltd[3].

1924 The white lead, red lead and litharge works of Rowe Brothers and Co Ltd of Exeter with works at Bootle were acquired. Existing shareholders would receive shares in Associated Lead Manufacturers Ltd. The 3 companies were all private companies; they would continue as separate entities with their existing management[4].

1925 Acquired Brimsdown Lead Co Ltd and Harburger Chemische Werke Schon and Co A.G. of Hamburg which would be expanded to supply lead oxide to the European market[5].

1930 Amalgamation of Associated Lead Manufacturers Ltd with Goodlass, Wall and Co Ltd, which company was involved in paint and related businesses both in the UK and abroad[7] to form Goodlass, Wall and Lead Industries Ltd; Clive Cookson was chairman[8].

1949 The name: Associated Lead Manufacturers Ltd was brought back into use for internal administrative reasons as the name of the subsidiary where almost all of the business in manufacturing metals and compounds would be carried out. This merger of the companies concerned was done in such a way as preserve the brands and goodwill associated with those companies, 4 of which had originated in the 18th century[9].

By 1951 only the name Associated Lead Manufacturers Ltd was used in adverts, without mention of the subsidiary companies.