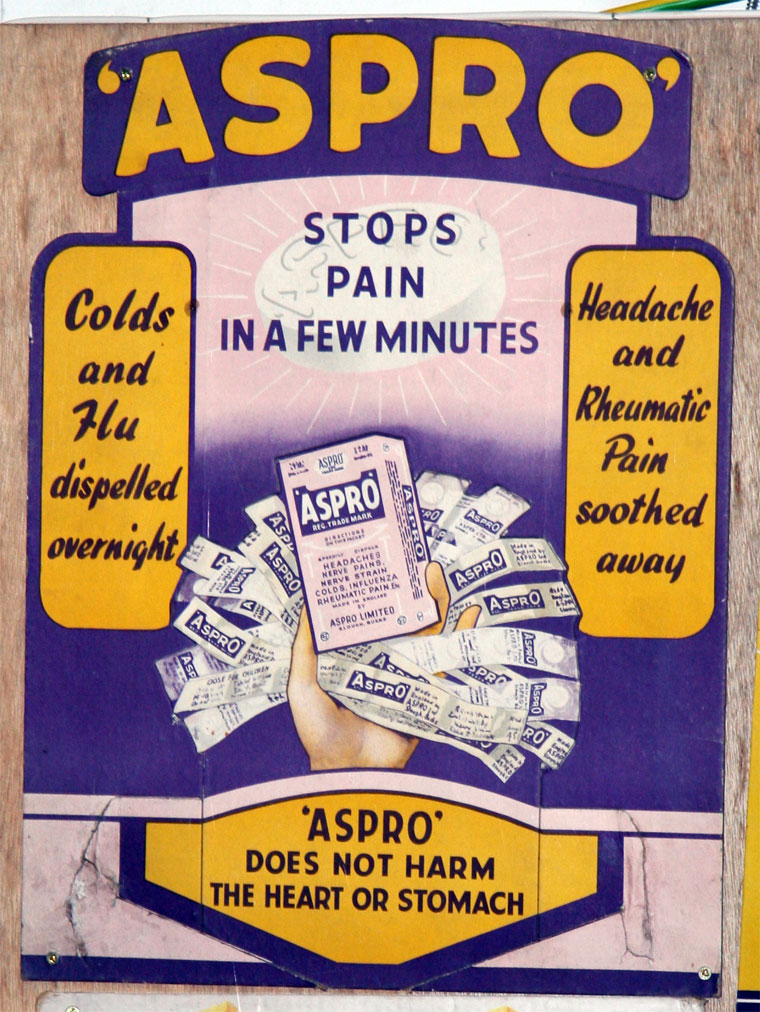 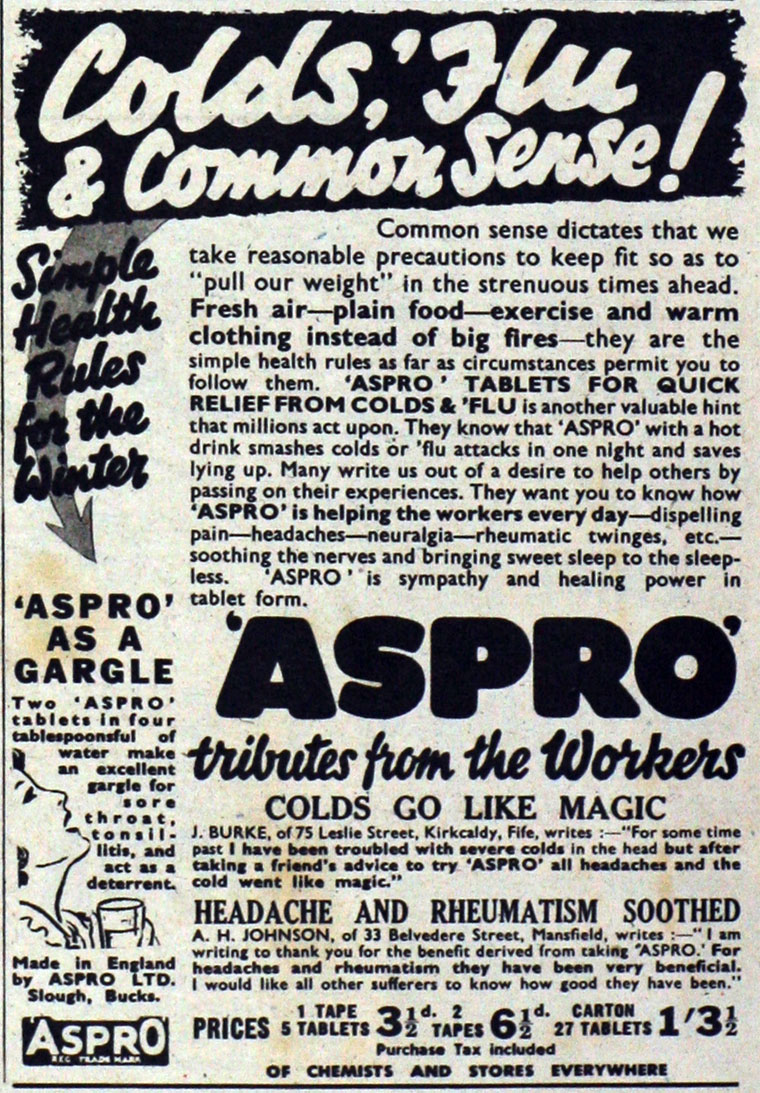 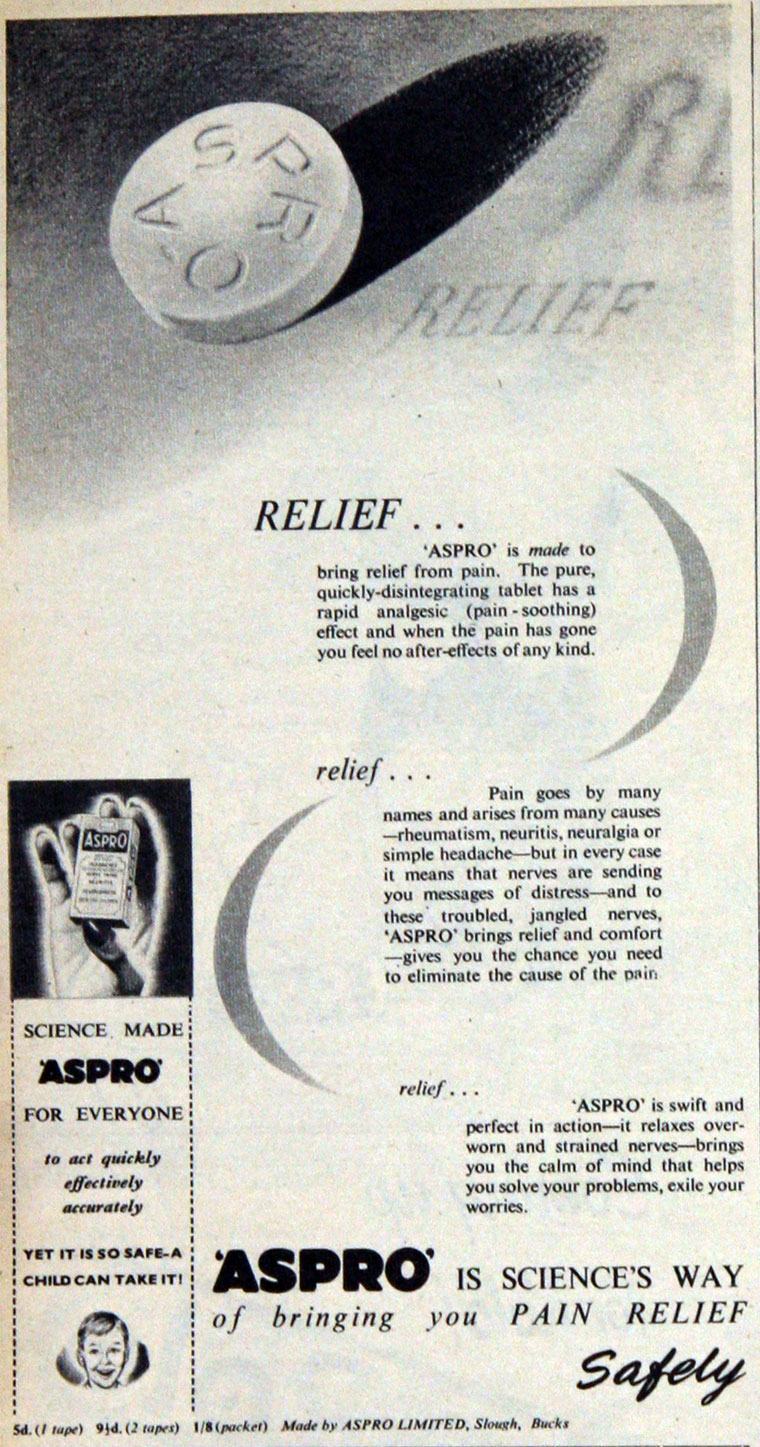 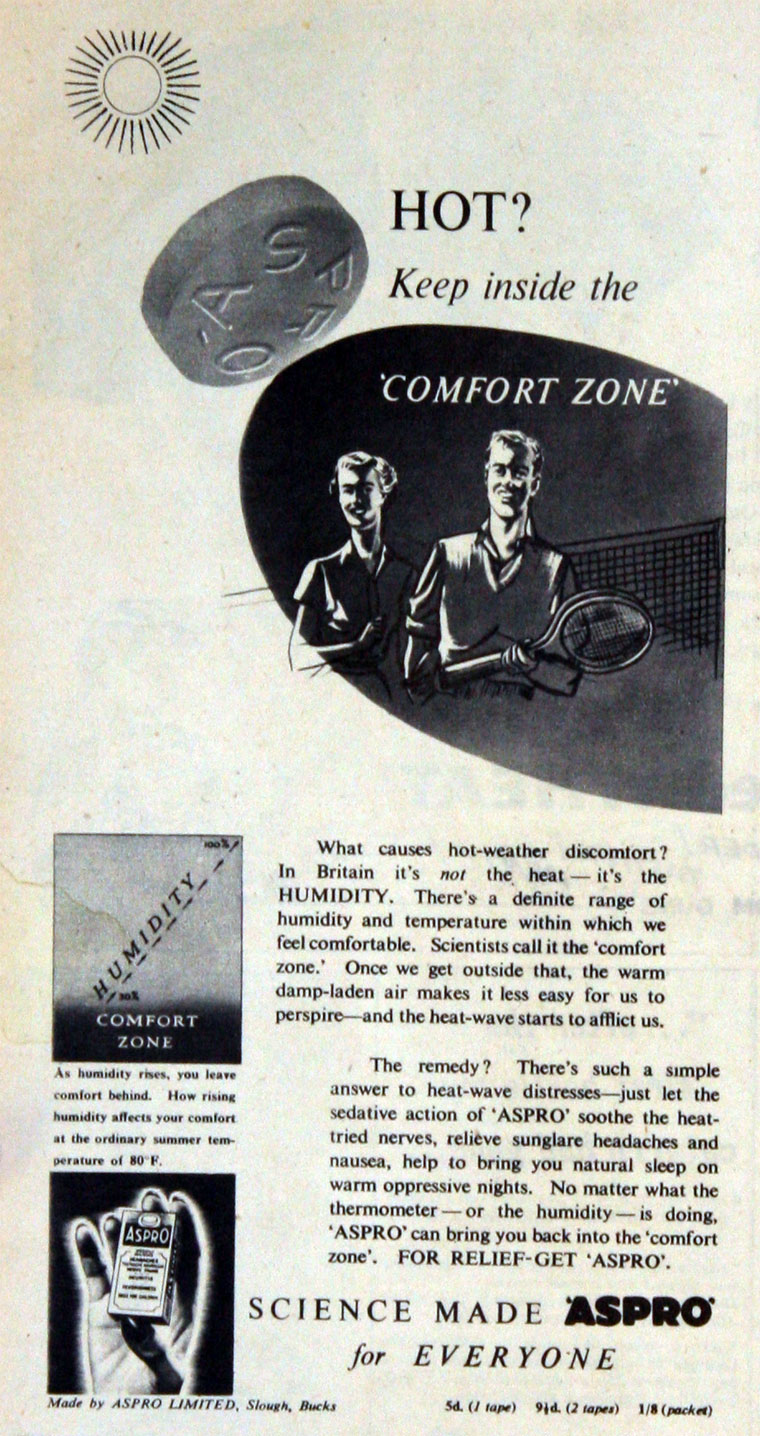 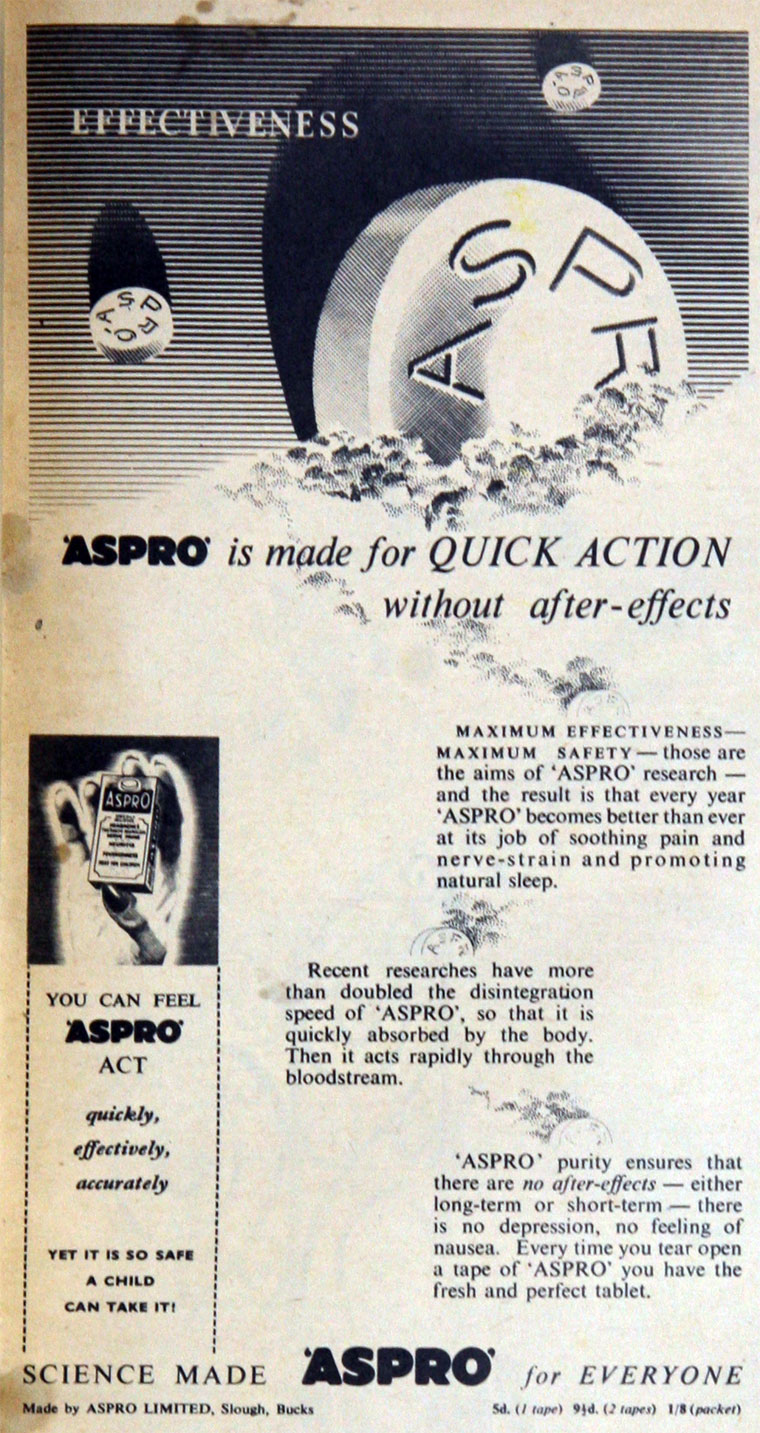 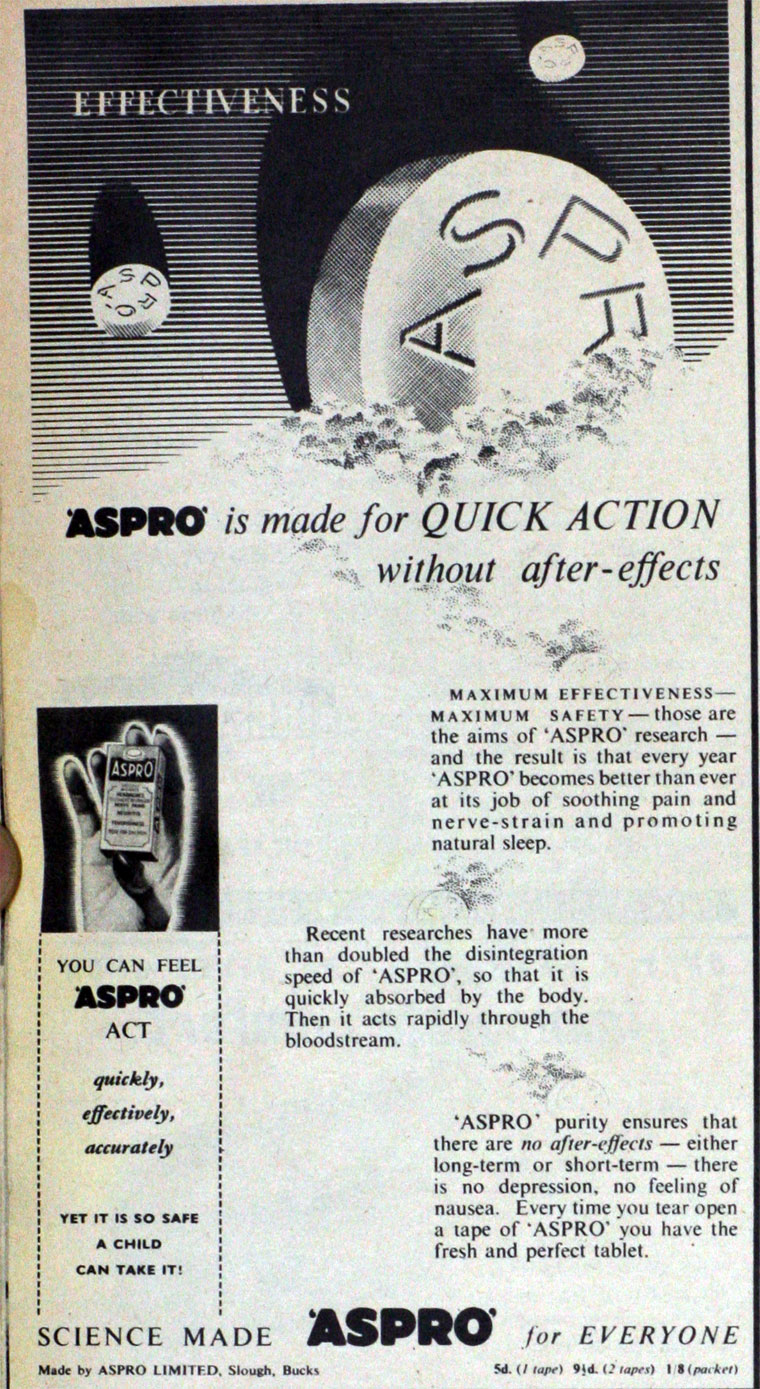 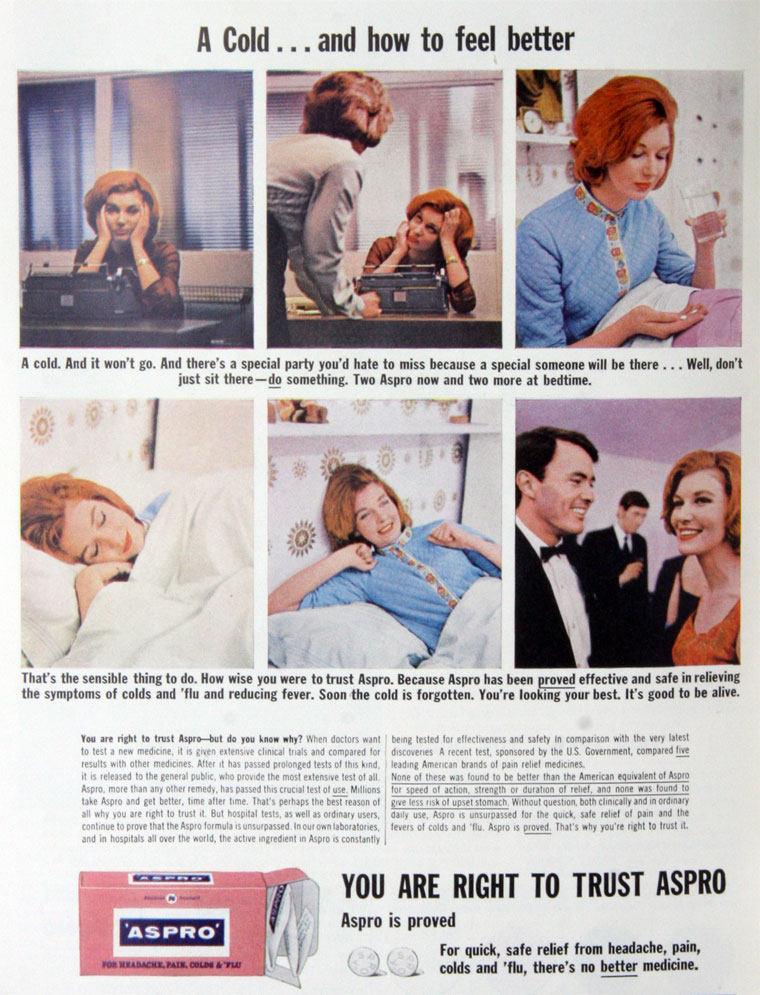 1915 In response to an Australian government initiative to develop an alternative to Aspirin[1] (produced by Bayer but not patented in Australia), Melbourne pharmacist George Nicholas and an industrial experimenter, Henry Woolf Smith, produced Aspro [2].

Initially the tablet was called Nicholas Aspirin; later the product name was changed to Aspro formed from the last two letters of the name 'Nicholas', and the first three of the word 'Product'.

Improvements were made in tablet manufacturing, especially using the Sanitape packaging press, invented to disperse seeds for farmers, and in marketing, and in the drying of the starch ingredient which allowed the tablets to break up more easily when swallowed.

1921 The name of the firm was changed from G. R. Nicholas and Co to Nicholas Proprietary Limited[4].

1927 Aspro Ltd was formed in the UK to produce and market Aspro tablets in Europe.

1935 Aspro was incorporated as a public company[5] to acquire the Aspro part of the business of A. and G. Nicholas Ltd (formerly Aspro Ltd)[6].

1956 Reorganisation of the company's diverse activities under one company which would be called Aspro-Nicholas. New factory built at Slough[9].