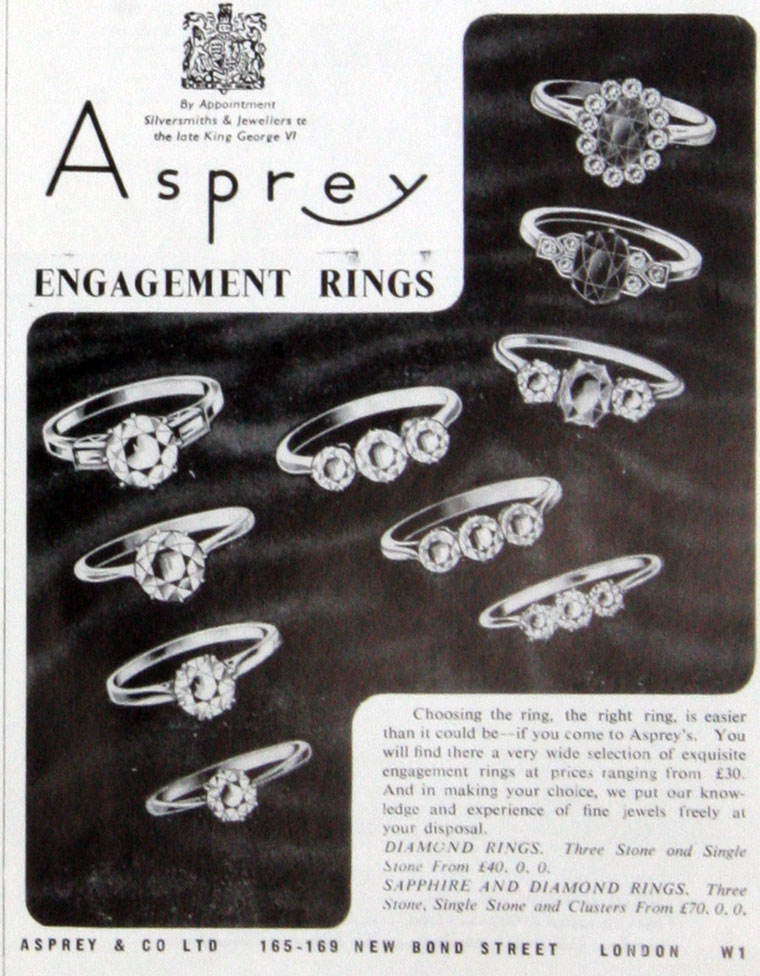 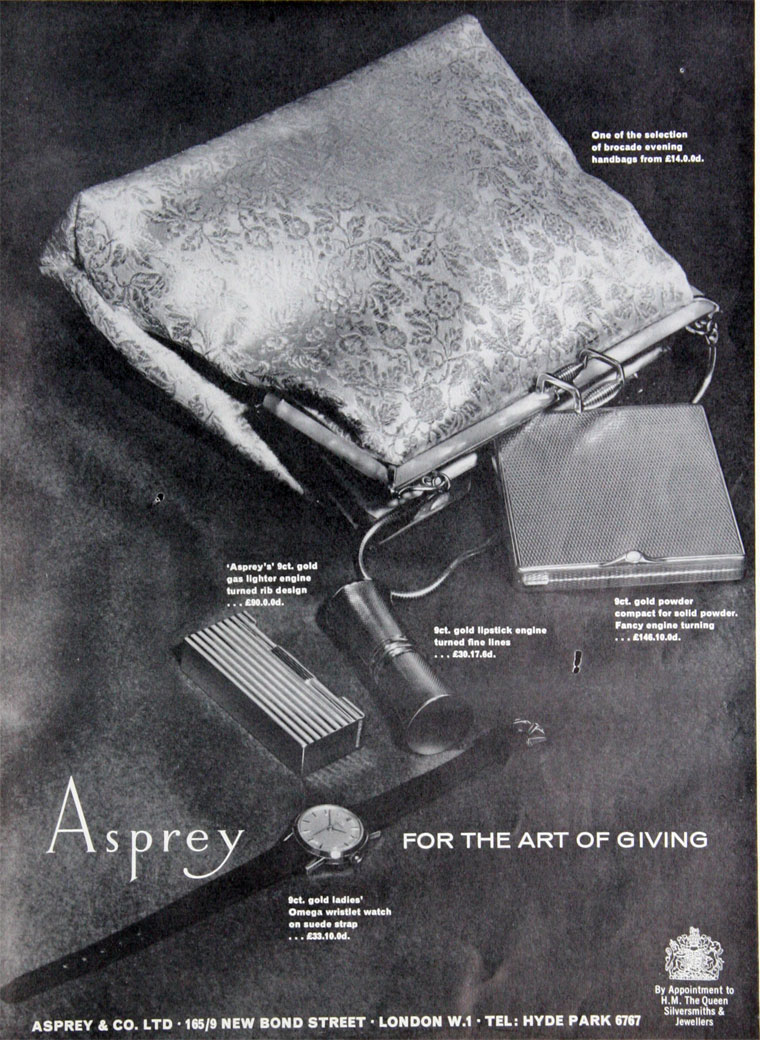 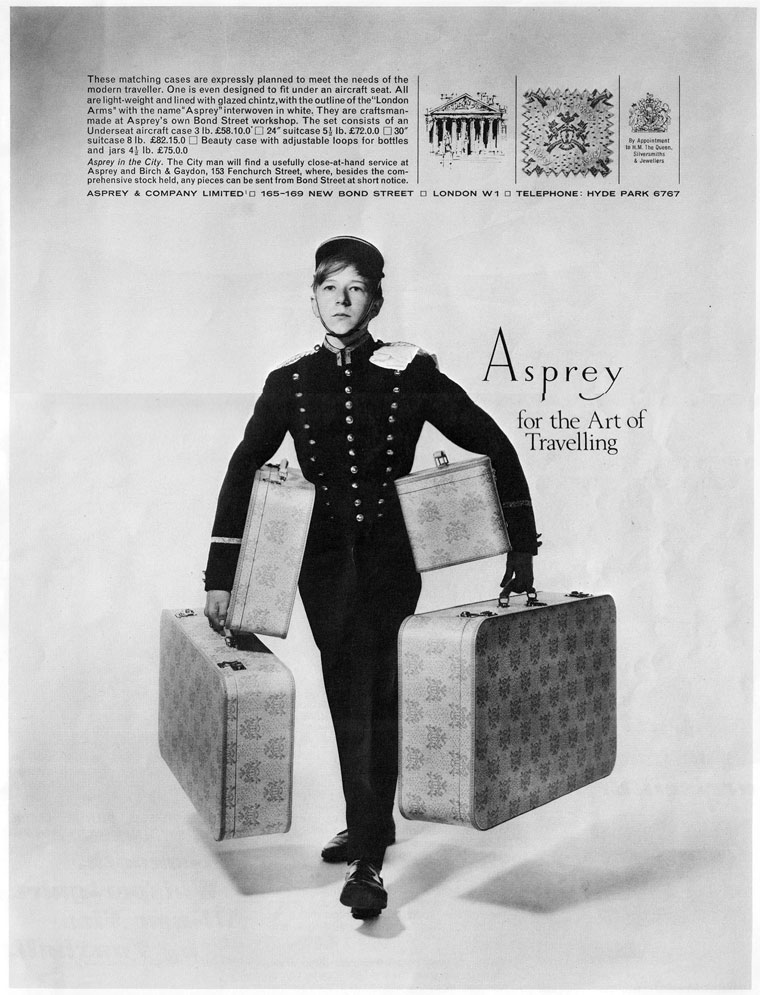 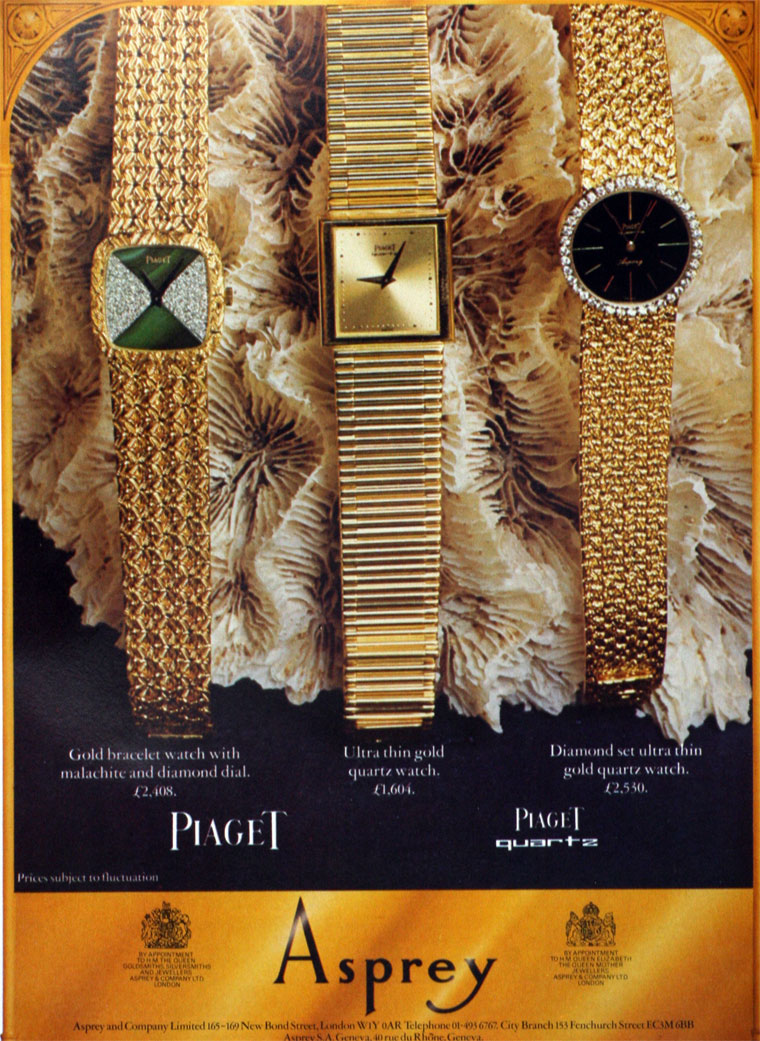 1781 Asprey's is said to have been founded in 1781, though the exact origins of the firm are unclear.

1804 The firm can certainly be traced back to around 1804, when Francis Kennedy established a stationery business. He later went into partnership with Charles Asprey

1843 After the partnership dissolved in 1843, Asprey formed his own business. He retailed in a wide range of fancy goods, including stationery, cutlery, dressing cases, pocket books.

1909 The company was renamed Charles Asprey and Co Ltd.

Asprey's developed a reputation for the production and retail of gold and silver goods of the highest quality.

Throughout their history, Asprey had produced a significant quantity of silverware in house. However, the production of most of their EPNS goods was outsourced to firms in Sheffield. This is because the production of EPNS goods requires complex equipment and processes that are not necessary for the manufacture of those made from silver.

WWII. The Asprey archive was destroyed during the Second World War.

Asprey continue to make goods in silver and gold today, much of which is produced in their own workshop. They no longer retail in EPNS, as the demand for these goods has decreased within their particular consumer market.

1998 Garrard and Co merged with the jewellery firm Asprey and Co to become Asprey and Garrard, moving from 112 Regent Street to premises on New Bond Street.

Asprey & Garrard was bought by Prince Jefri Bolkiah, a younger brother of the Sultan of Brunei, in 1995, and later acquired by private investors Lawrence Stroll and Silas Chou in 2000.

2002 The company demerged, with Garrards returning to the Albemarle Street site it first occupied in 1911.

2006 Garrards was acquired by the US private equity firm Yucaipa Cos., ending its partnership with Asprey.