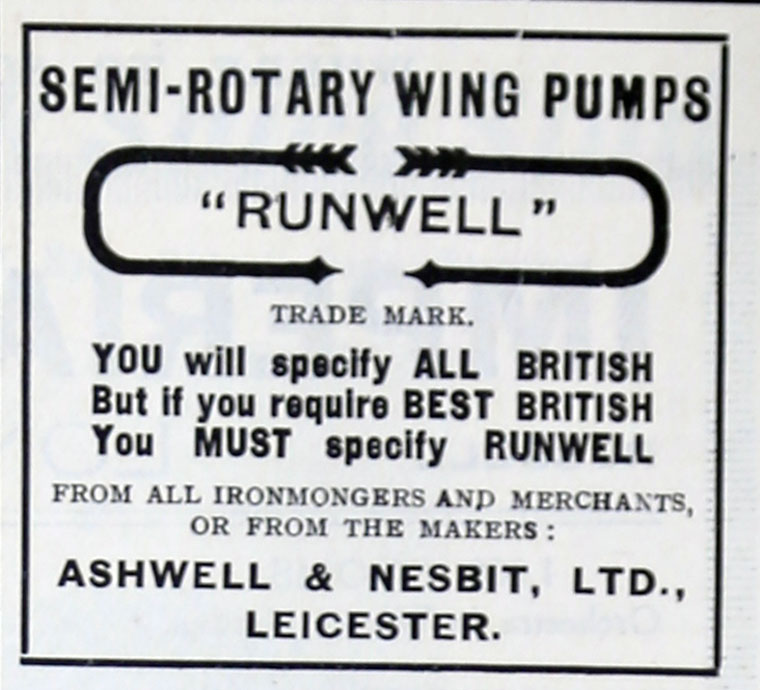 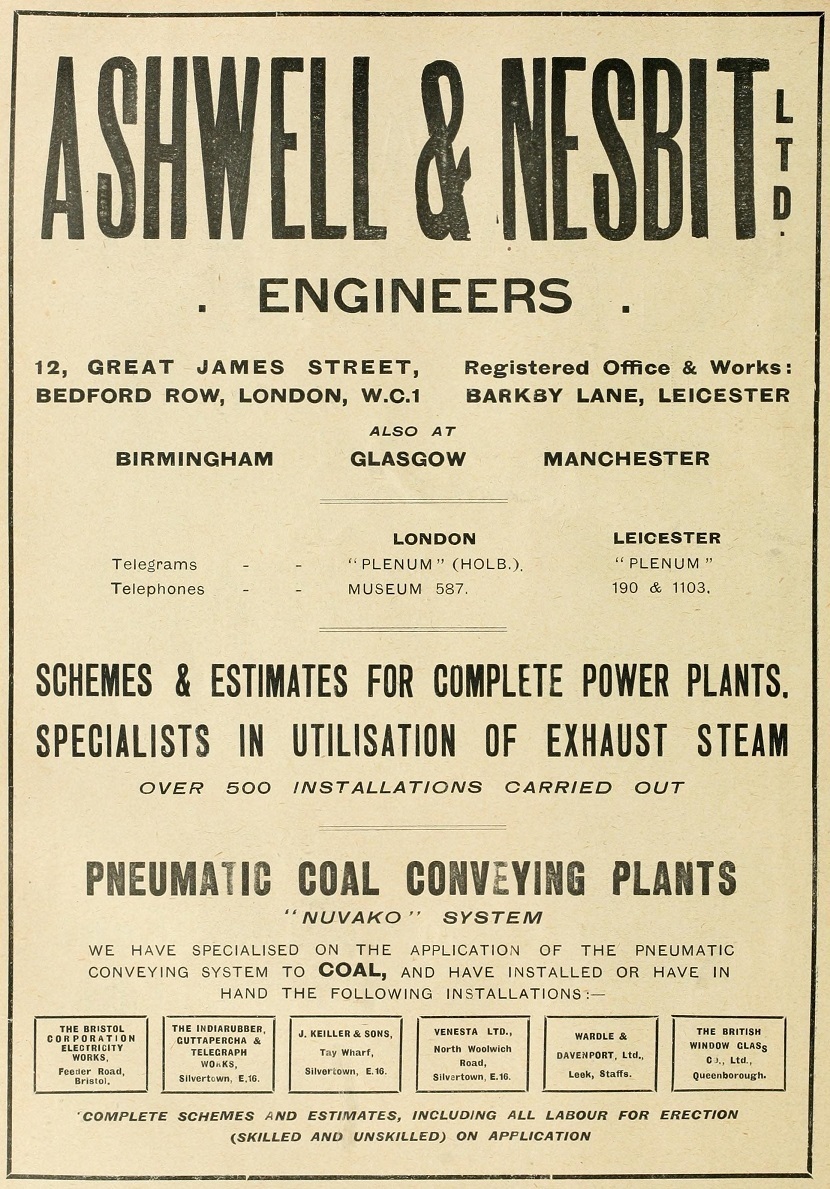 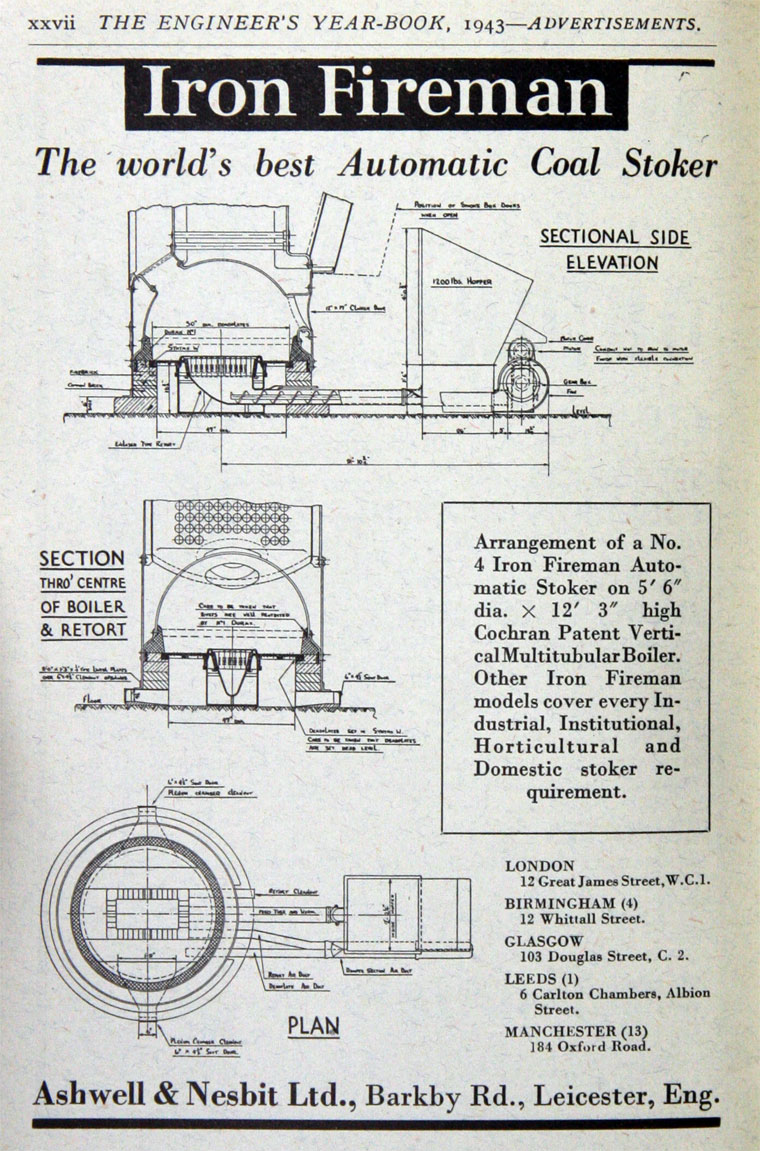 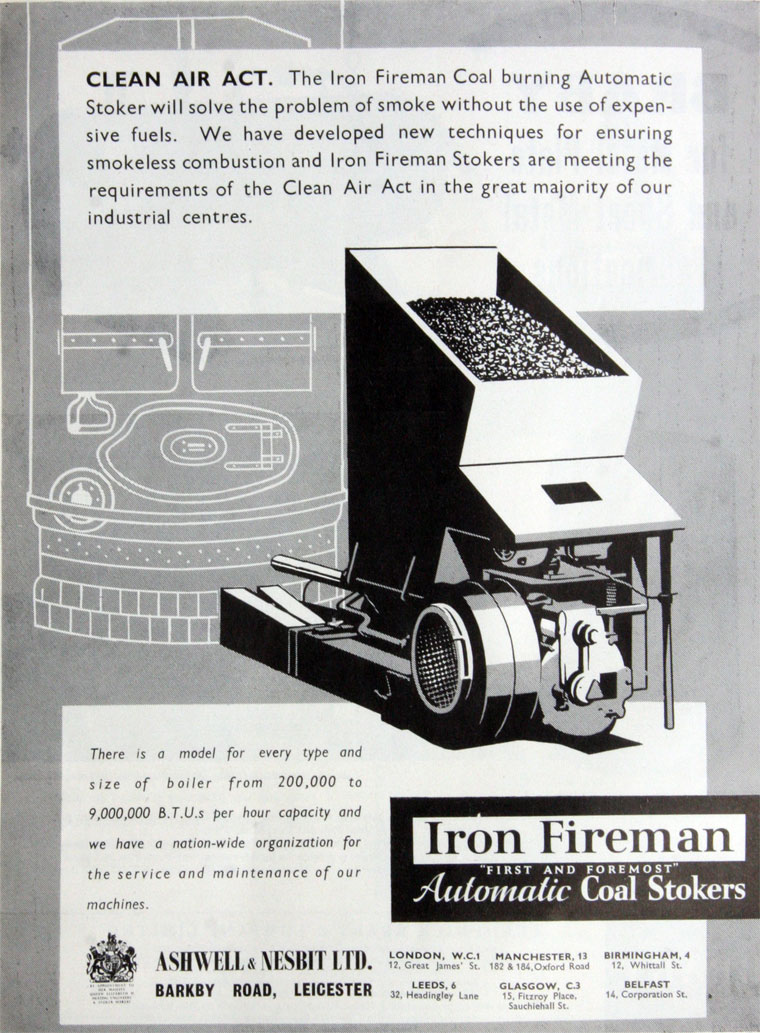 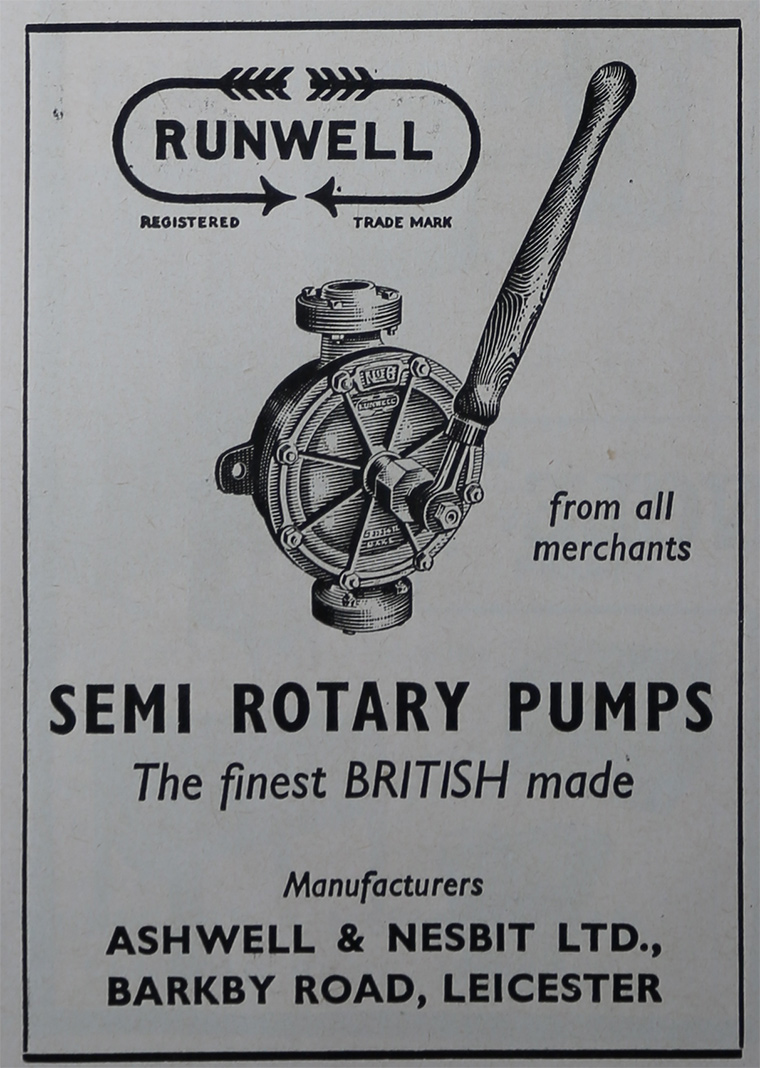 1879 Frank Ashwell went into business in Leicester; the firm's main activity was mill-wrighting, and went on to expand to cover heating ranges, ovens, CI railings and windows and a hosiery press.

1884 The heating department was started. The appliances were used in public buildings, including asylums, municipal and county buildings, banks and schools.

1890 Expansion continued from 1890, with the "Propulsion, Impulsion or Plenum system".

1891 David Mein Nesbit was made a partner; he had been manager since 1883 of the warming and ventilating department.

During the early years of the 20th century, Ashwell and Nesbit continued to develop the various patented systems of heating and ventilating which had been introduced mainly by David M. Nesbit, and then modified and refined by his chief technical assistant. The most important and successful of these was the Nuvacuumette, a vacuum steam heating system. For Ashwell and Nesbit the Nuvacuumette system was a distinct success.

By 1914 this apparatus had been installed in seventy major buildings and a large number of smaller properties of almost every type. These included factories and shops, over thirty hospitals, hotels, including the Grosvenor in London, and the Metropole in Brighton, as well as the Town Halls in Perth, Deptford and Sutton Coldfield, Arbury Hall at Nuneaton, the Empire and the Coliseum theatres in London, and concert halls in Glasgow and Edinburgh.

1919 Patent - Improvements in and relating to Semi-rotary Pumps.

1965 Patent - Improvements in or relating to planing machines.