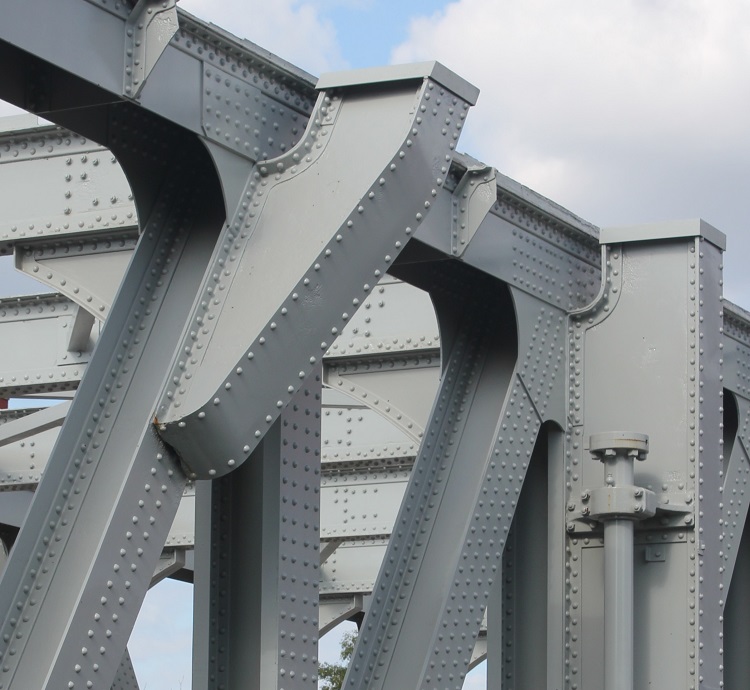 The stout brackets originally supported the structure for the machinery/control cabin. Note the vertical drive shaft 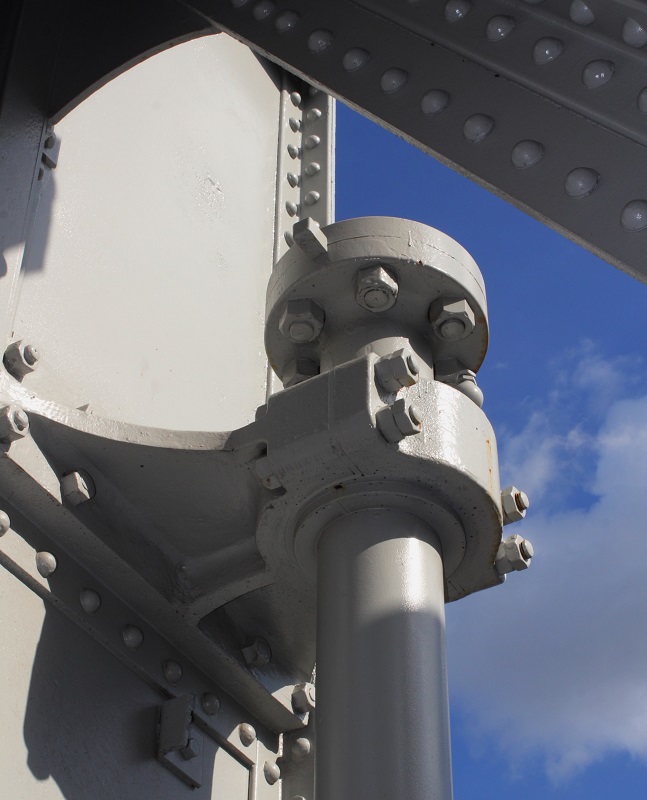 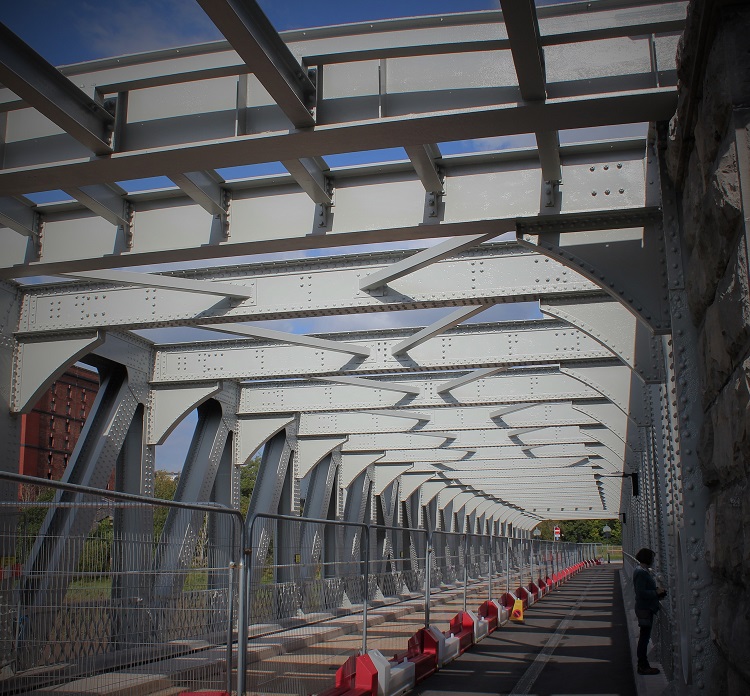 Looking towards the swing bridge 'landing' on the south (Bedminster) side. See detail below

Showing original and 'permanent' supports for bridge when open for traffic

The riveted beam in the forgeground shows the habywork of the 'anglesmith' in hot forming the angle iron. Behind this is a later (new?) welded beam

Built as a double deck swing bridge across the river Avon for road and rail traffic.

Post-war, the upper (road) deck was removed along with the machinery and control tower, and the bridge remained as a fixed rail bridge

Latterly used only by pedestrians, but now (2017) refurbished for use by special buses.