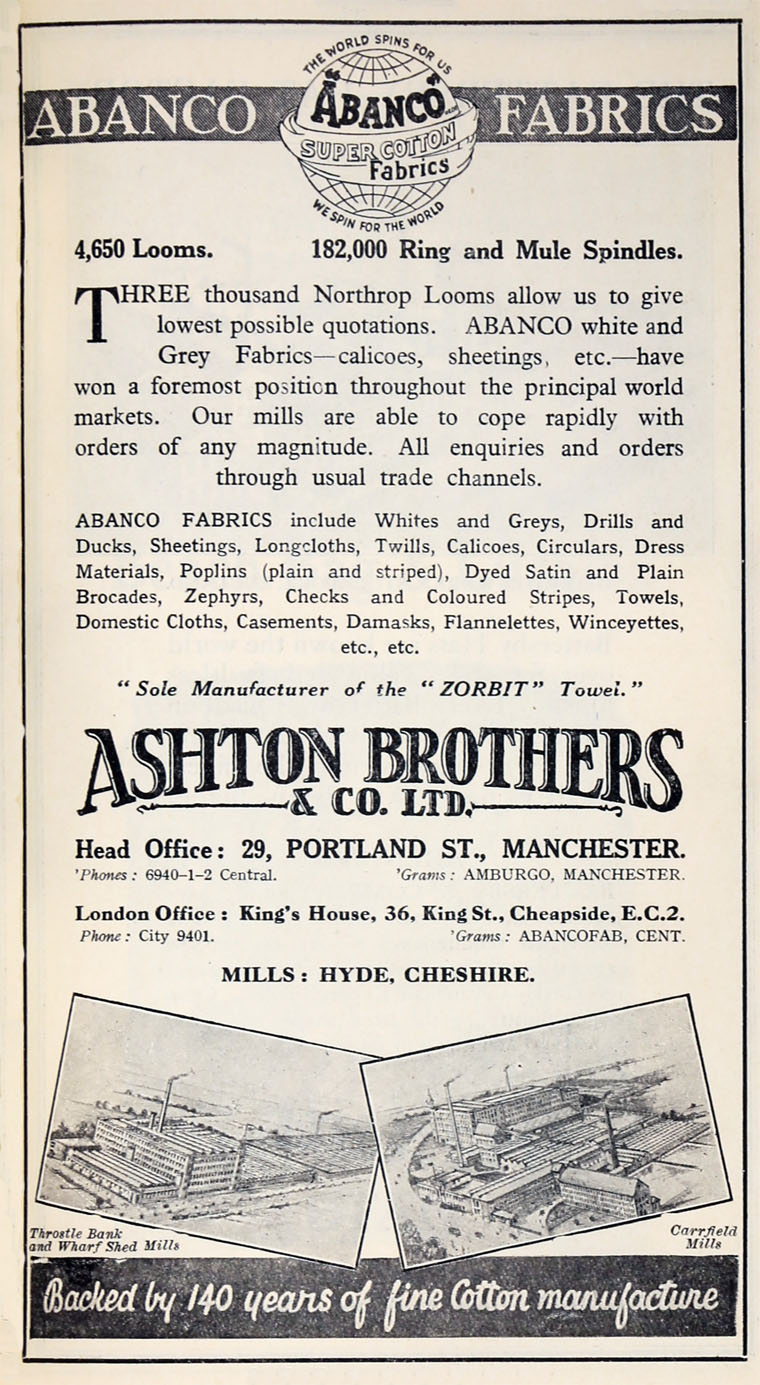 The Ashtons owned mills in Hyde, Godley and Gerrards Wood which employed many hundreds of people. They were among the earliest cotton pioneers in Hyde.

From 1800 they worked as a family business with mills at Gerrards Wood and Wilson Brook at Godley. Six brothers were involved in the business which, as well as coal and cotton, also established the calico printing works at Newton Bank.

1823 The brothers separated, Samuel and Thomas taking the major shares; the former establishing himself at Apethorn Mill and soon after building Woodley Mill, while Thomas ran the factory at the Hollow. The Ashtons were particularly noted for running mills that did both spinning and weaving, a successful practice when most mills concentrated on one process.

1845 Thomas Ashton Junior ran his father's business with his elder brother from 1845. He continued his father's tradition of providing good conditions for this workers. The estate at Flowery Field was a testament to the Ashtons' work and they were amongst the first employers to provide day schools for their child workers.

1861 Thomas Ashton Jnr earned particular note for his conduct during the Cotton Famine (1861-1865), keeping his mills running despite the high cost of cotton, and even managing to build a new mill at Throstle Bank, thus saving many of his employees from unemployment. He had a high sense of public duty, and was active in numerous causes. He was President of the Mechanics Institute for five years, the founder of Hyde Sick Kitchen and a great promoter of local education.

1898 Thomas Ashton died, by which time his business employed thousands of people in three extremely modern mills. Of all the Hyde cotton firms the Ashton Brothers and Co Ltd survived the longest.

1899 The company was registered on 22 February, to take over the business of cotton spinners and weavers of a private company of the same name. [1]

1968 The mills taken over by Courtaulds.