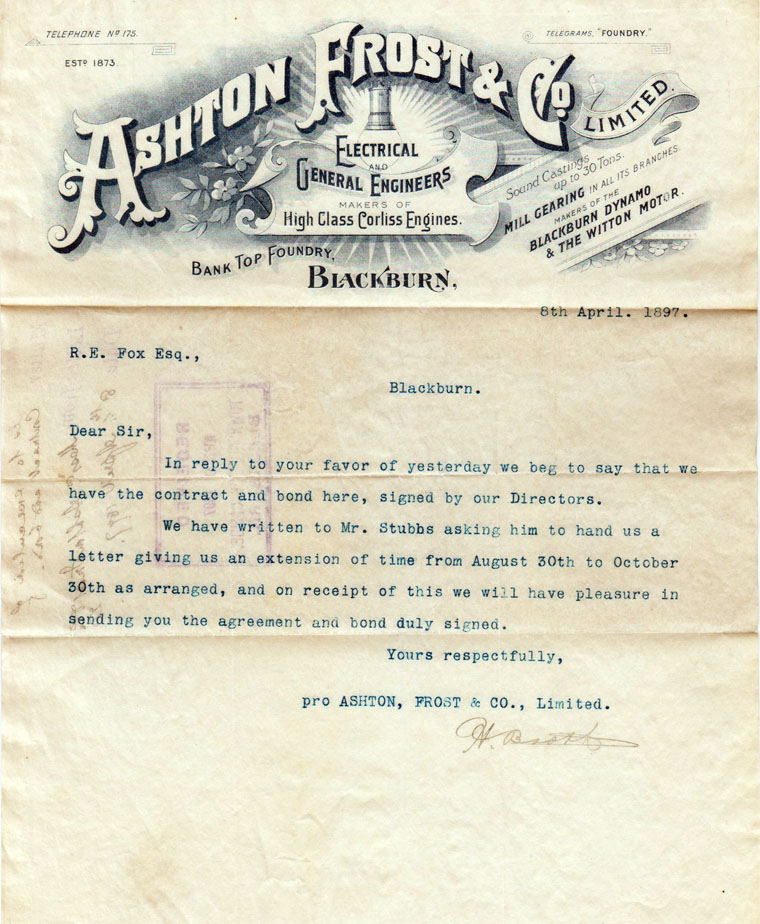 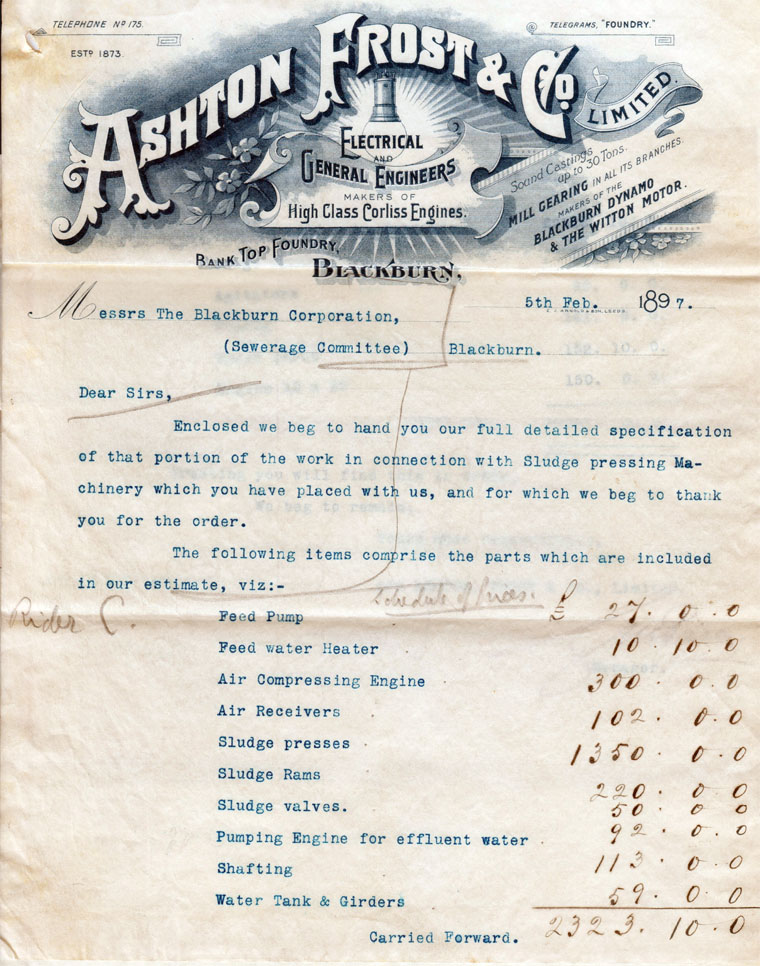 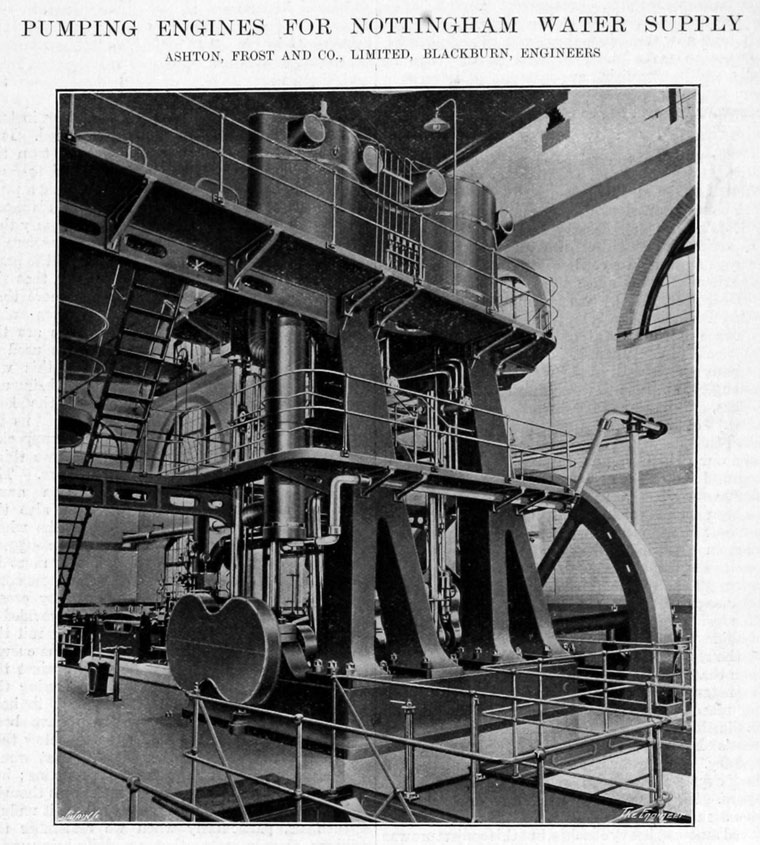 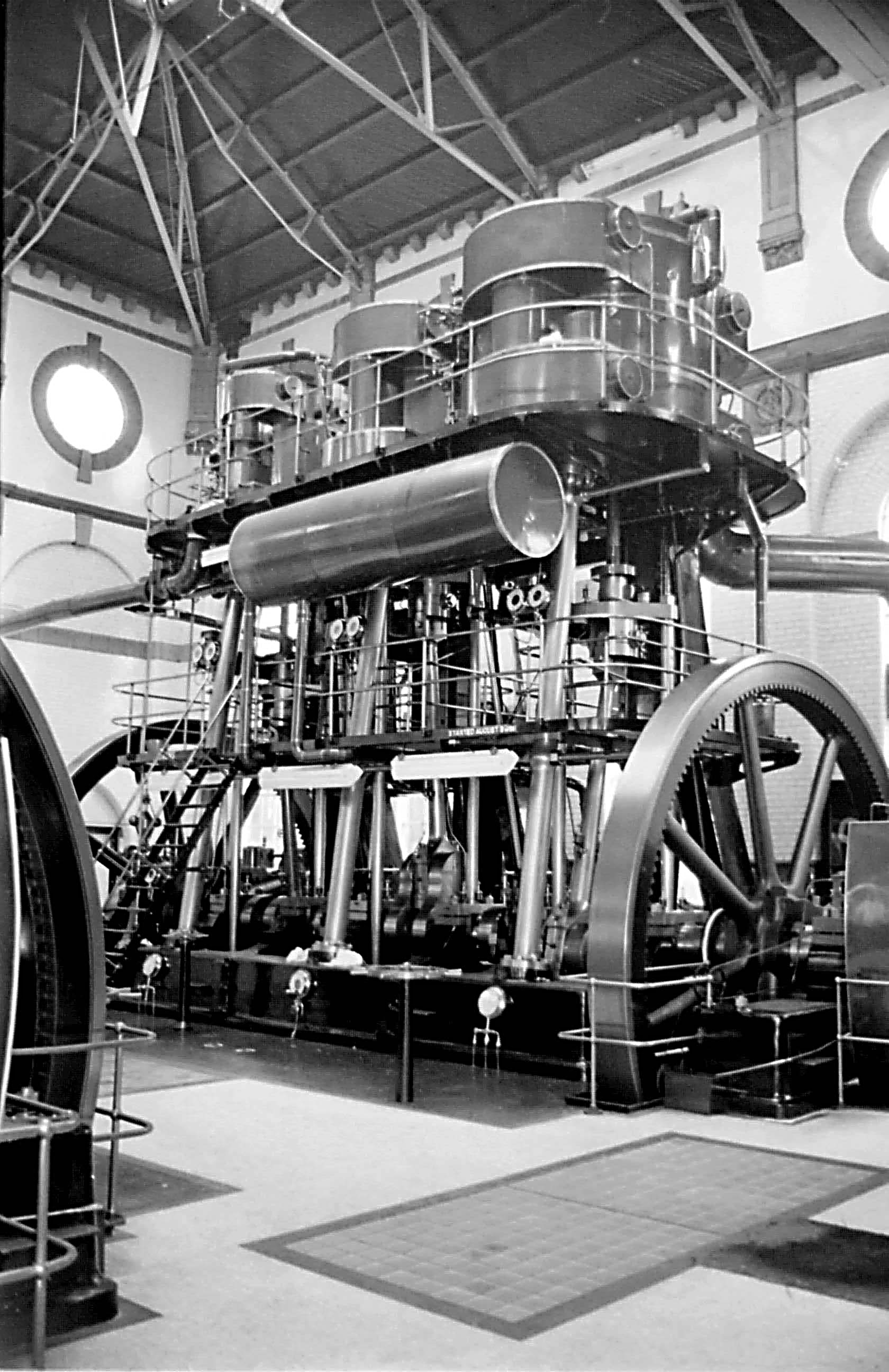 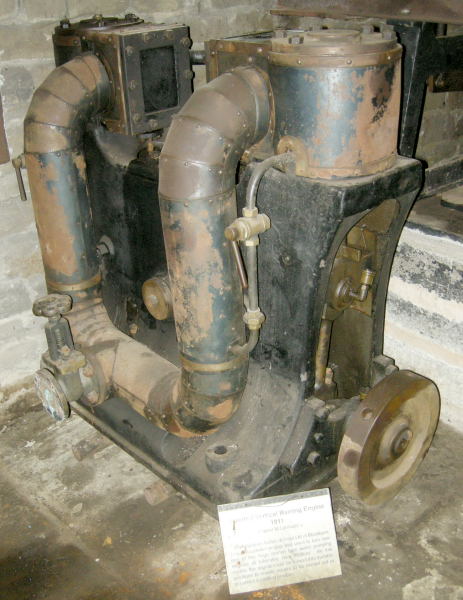 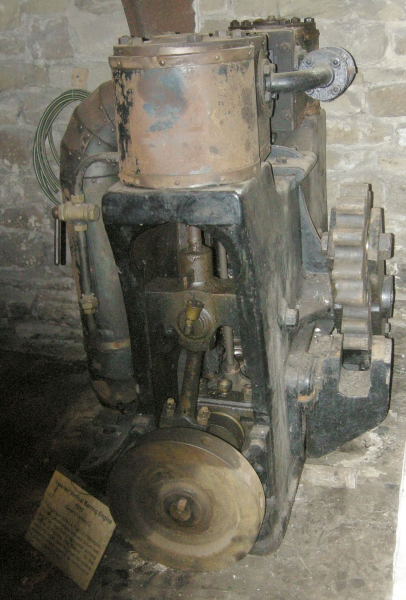 1879 'New Engine for Britannia Mill, Nova Scotia [Blackburn]. Messrs. Ashton, Frost, and Co., Limited, of Bank Top Foundry, have just completed a new engine for this mill, the fitting up of which necessitated a stoppage of only twelve days, and the event was celebrated on Saturday last by a supper, given by Messrs. John Oddie and Son, the proprietors, at the Harrison’s Arms Inn. Mr. Oddie, junior, was in the chair, and Mr. Ashton, the .managing director of the engineering firm, in the vice-chair. The engine, at starting, was named "Emily," and after, supper success was drunk to it, and great satisfaction expressed at the excellence of the workmanship and the expedition with which it had been erected. Toasts were also drunk to the "Success of Britannia, Mill," and "Bank Top Foundry," and a very pleasant evening was spent.'[2]

1888 'Starting New Engines. — On Saturday afternoon the engines in connection with the new weaving shed recently erected by the Cotton Hall Spinning and Manufacturing Company, Darwen, were started. The engines, which are on the compound principle, are of horizontal type, and are made by Messrs. Ashton, Frost and Co., engineers, Bank Top Foundry, Blackburn. The engines are fitted with all the latest improvements ; the cylinders are 16 and 30 inches diameter, 4-feet -stroke, constructed to run 60 revolutions per minute, and are capable of giving out 300 indicated horse-power. The high pressure cylinder is fitted with valves of the Corliss principle, actuated by an automatic trip motion under control of a powerful governor. The low pressure cylinder is fitted with slide valves. The power is transmitted by 11 ropes (1½ dia.) from a fly pulley, 18 feet dia. The engines, which are to work at 100 lbs. pressure, were started by Miss Green, assisted by her father, the chairman of the company. Miss Green, after getting the engines on full speed, gave the name of Faith to the the high pressure and Hope to the low pressure. After a satisfactory run for an hour the party adjourned to Gregg's Smalley's Hotel, where dinner was provided at 6 p.m., after which an enjoyable evening was spent.'[3]

1889 'Re-starting Waterloo Mill.— This mill is being filled with looms, and is expected to be re-started about Whitsuntide. It will be run by Messrs. Duckworth & Eddleston, of Blackburn, to whom it has been let by Mr. Rider, the new owner. A new engine is being erected by Messrs. Ashton, Frost, & Co., Limited, Blackburn, and a new boiler is also being put in....'[4]

1914 Pumping engine for Mill Meece Pumping Station, which has been preserved and can be seen running on steam.