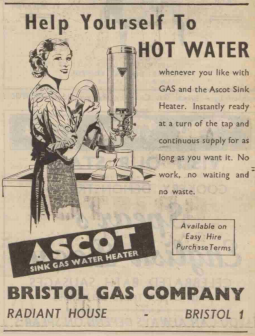 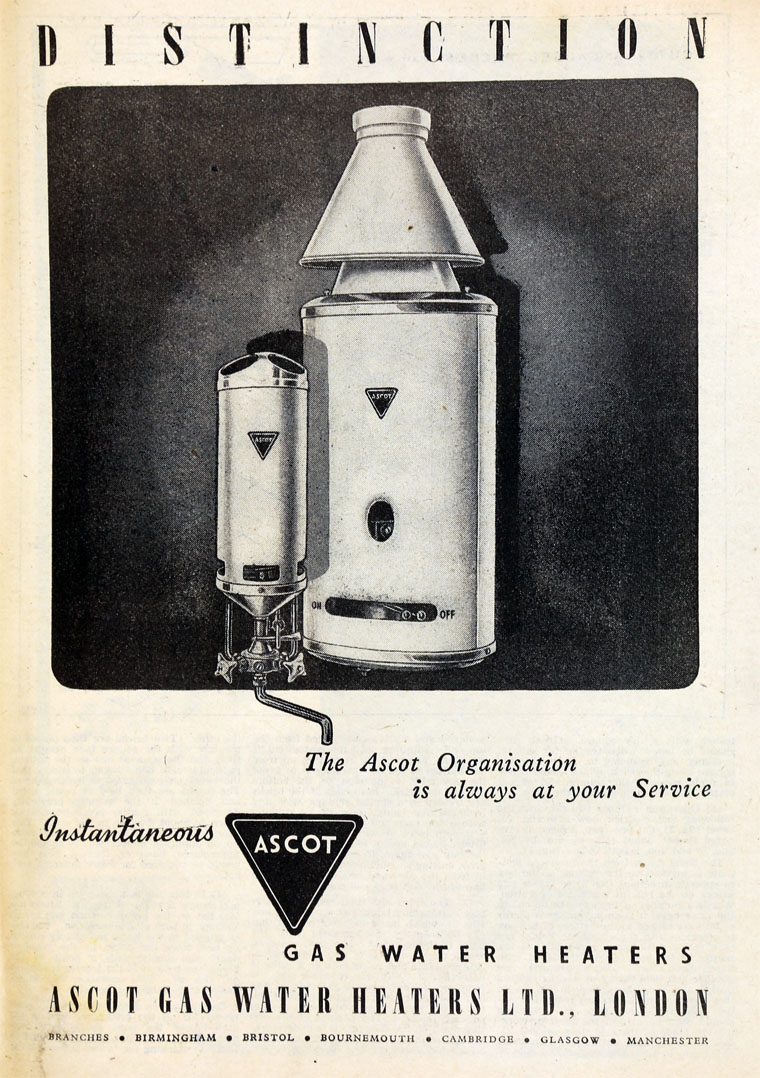 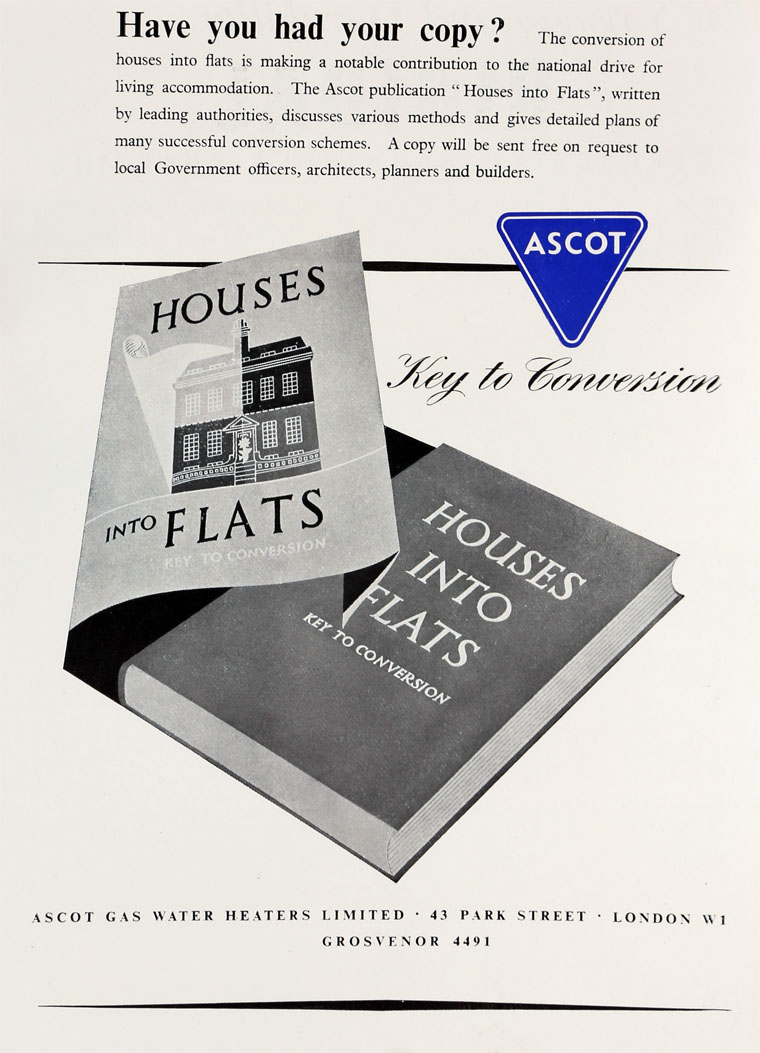 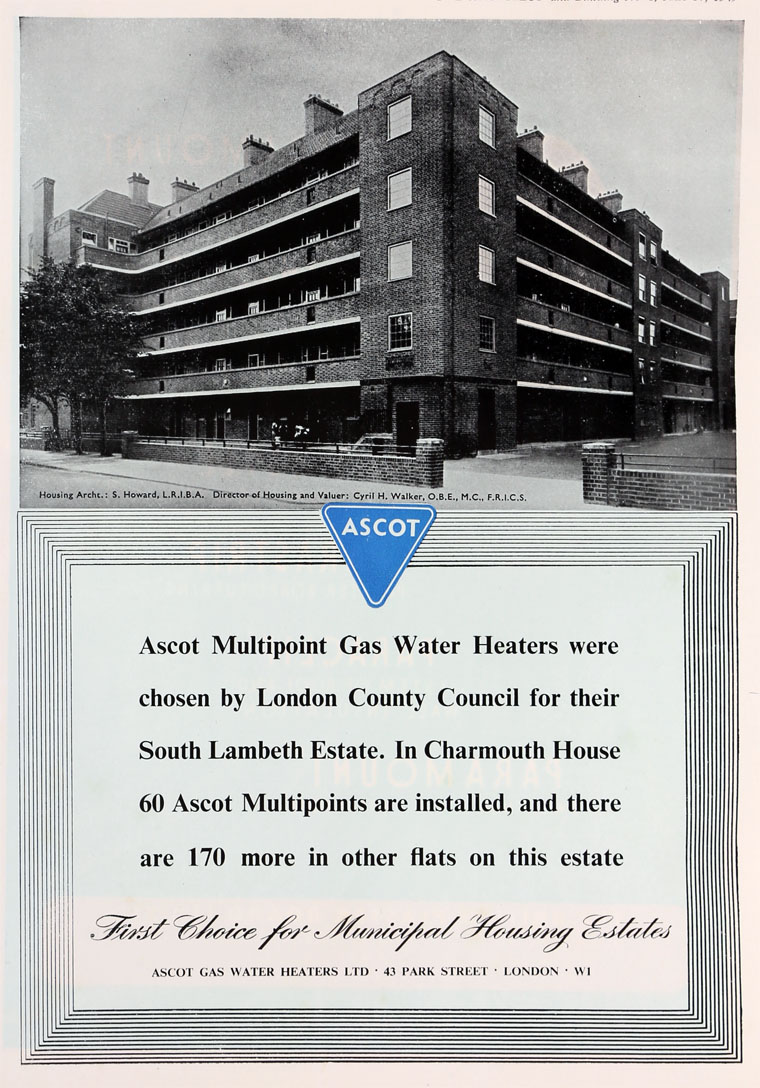 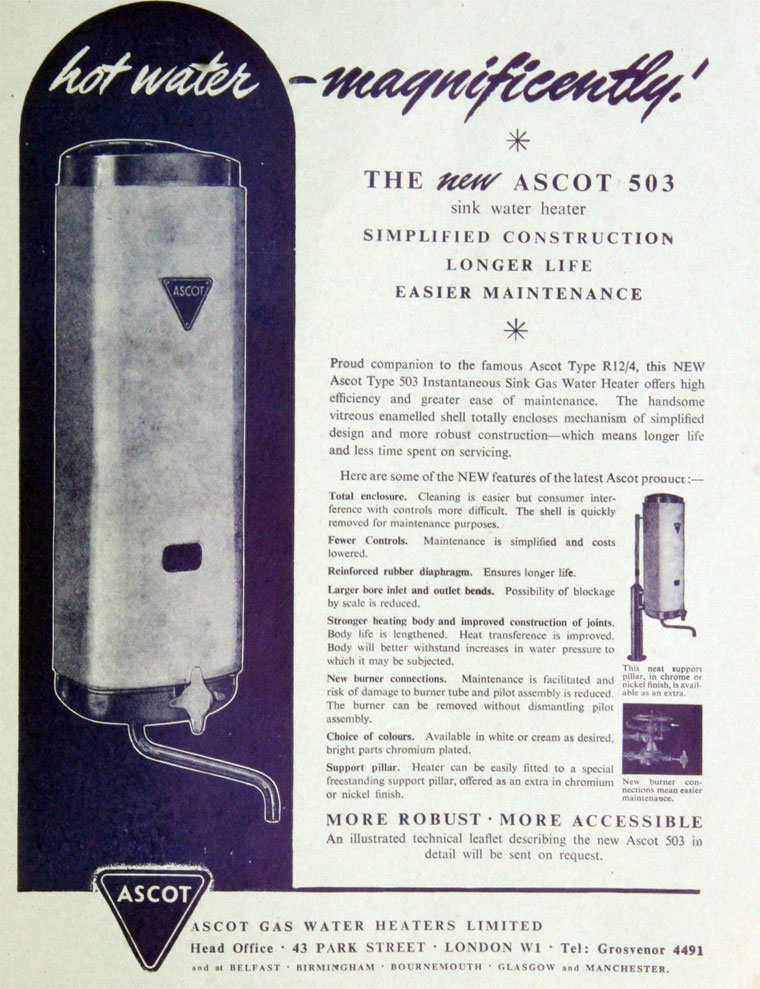 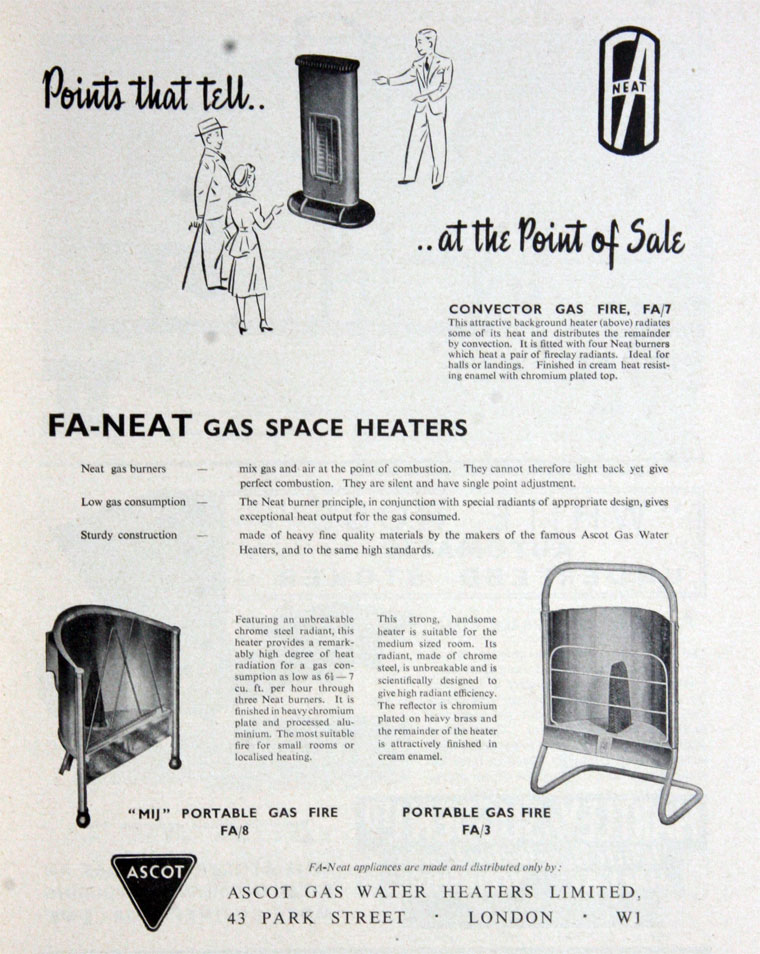 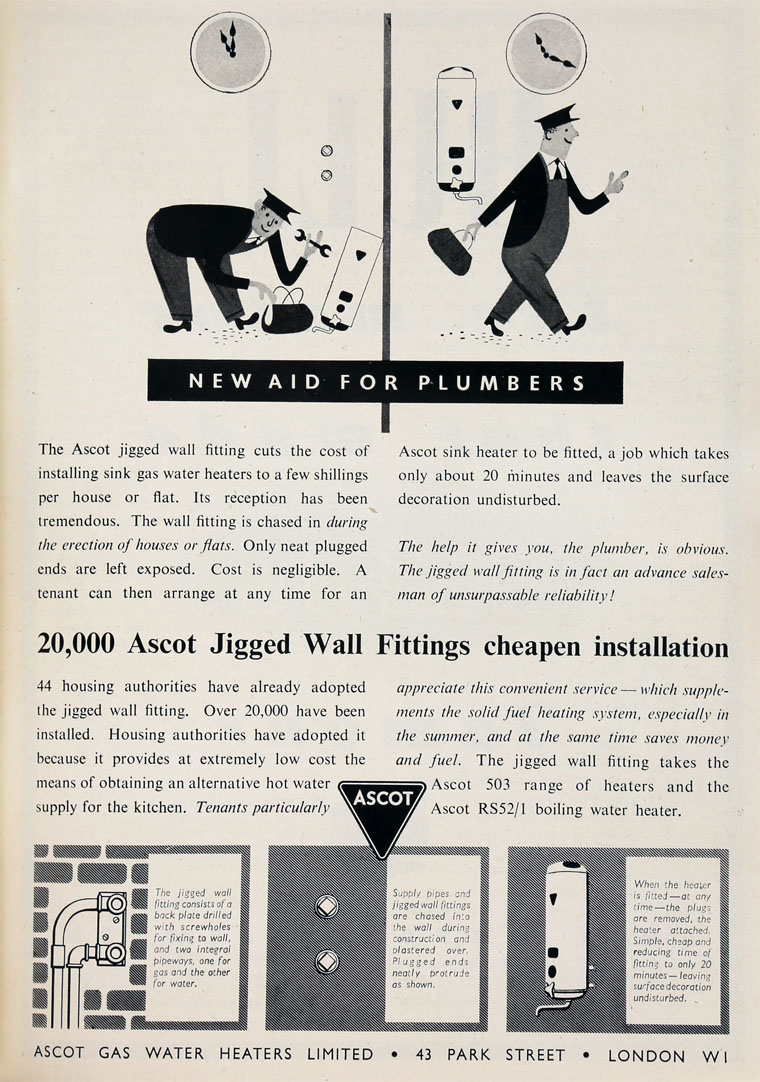 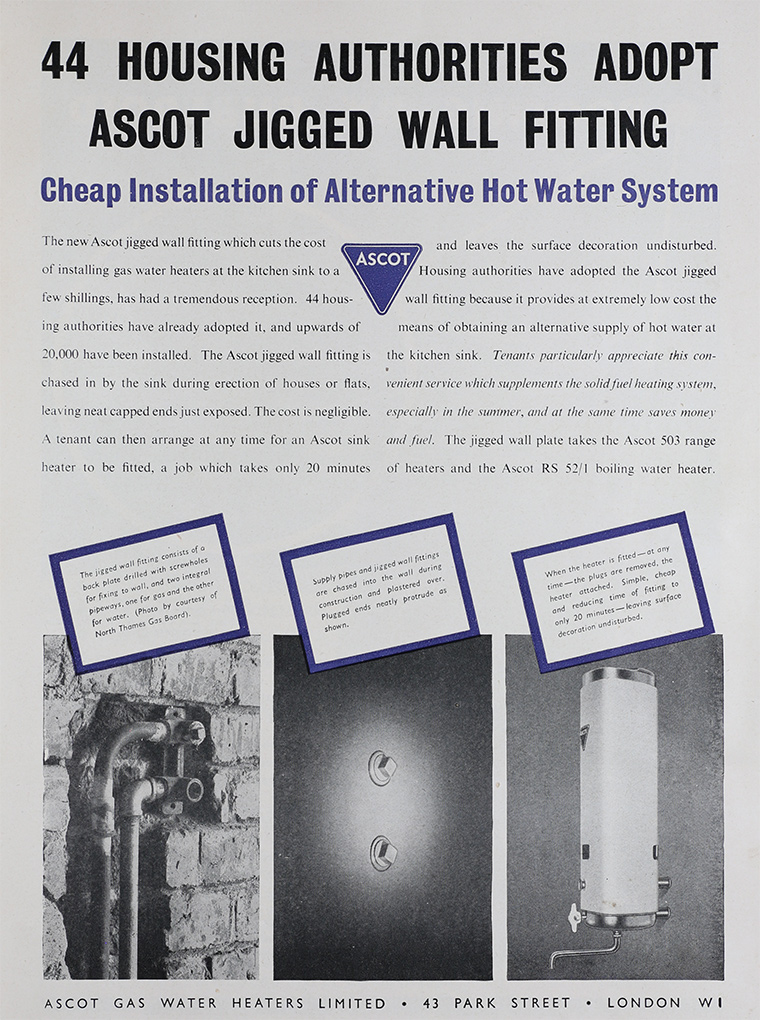 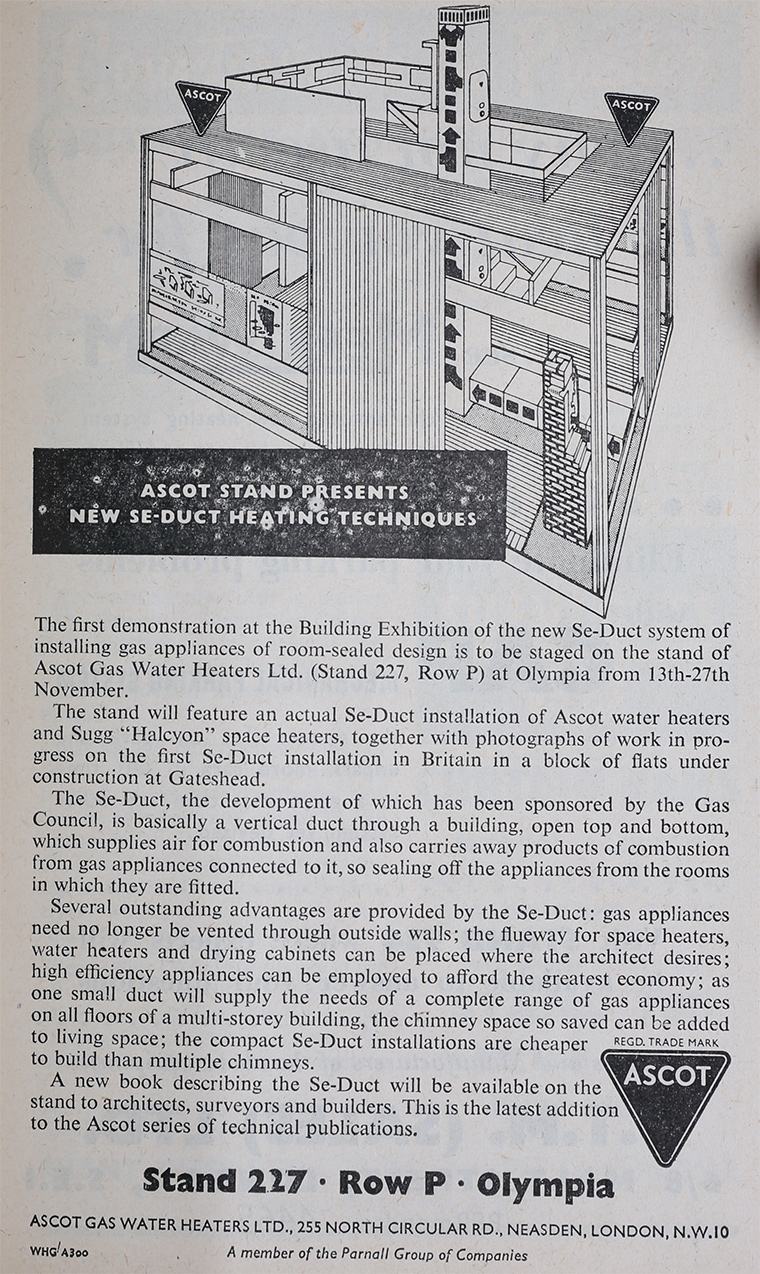 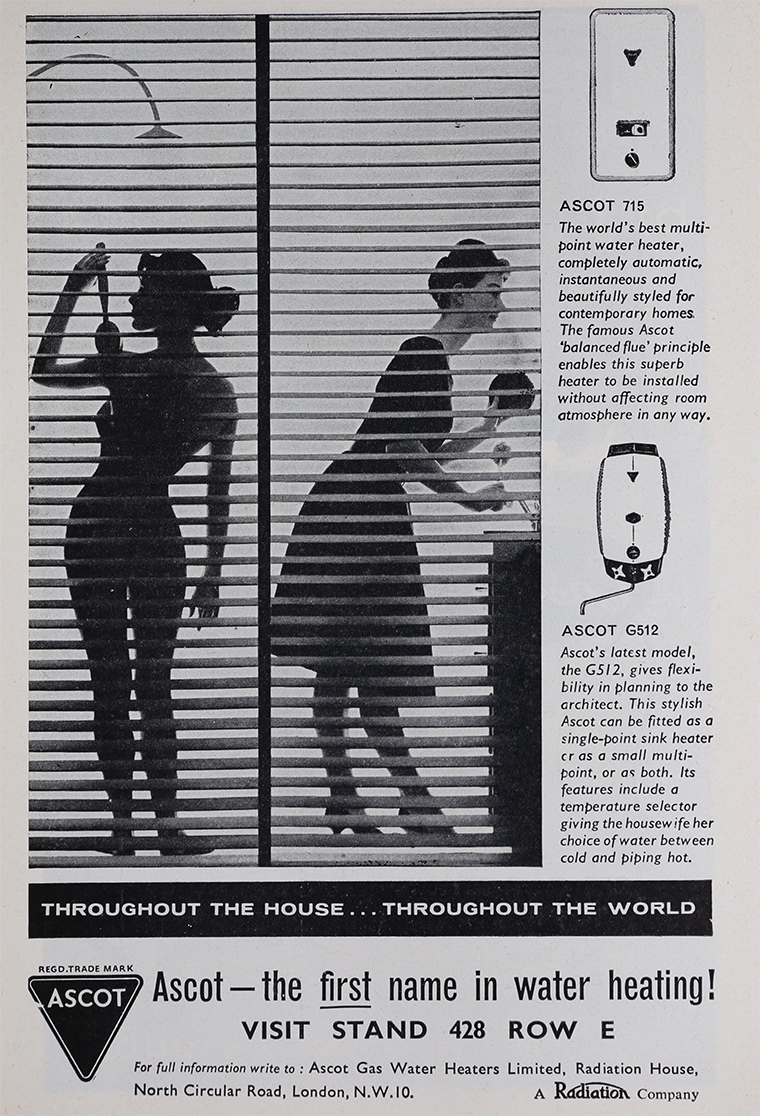 The firm was founded in London by Dr Bernard Friedman (who had earlier been importing water heaters and cookers into Russia). It was an agency for selling water heaters made by Junkers of Germany. To begin with the heaters were labelled thus.

1933 Friedman changed the name of his company to Ascot Gas Water Heaters.

1935 Bernhards Fridmanis (known as Bernard Friedman) of Latvia, Managing Director of a Limited Company; of 54, Woodstock Road, Golders Green, N.W. 11., was naturalised as a British subject[1]

1940 Patent - Improvements in and relating to automatic controlling devices for gas-heated liquid heaters. [5]

1941 Patent - Improvements in and relating to heat exchangers for water heaters. [6]

By 1944 was a subsidiary of Parnall Aircraft Ltd[7]

1958 Ascot later became part of the Radiation Group when it acquired Parnalls.

1961 Plumbers and hot water engineers, specialising in the "Ascot Heater". [9]

1967 Radiation was taken over by Tube Investments[10].