Grace's Guide is the leading source of historical information on industry and manufacturing in Britain. This web publication contains 142,388 pages of information and 227,858 images on early companies, their products and the people who designed and built them. 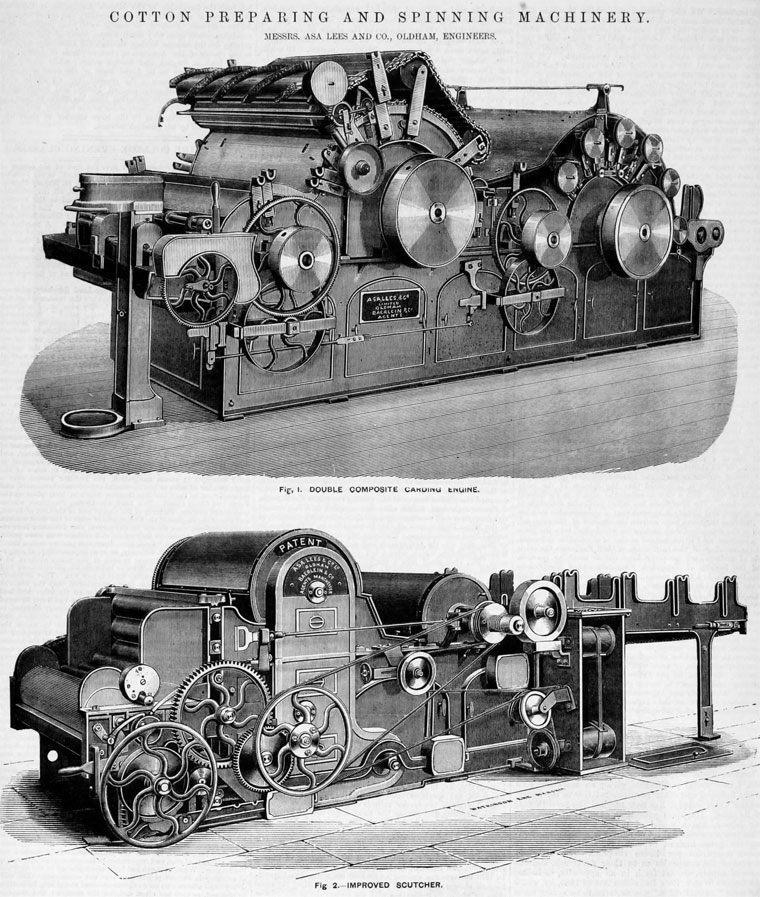 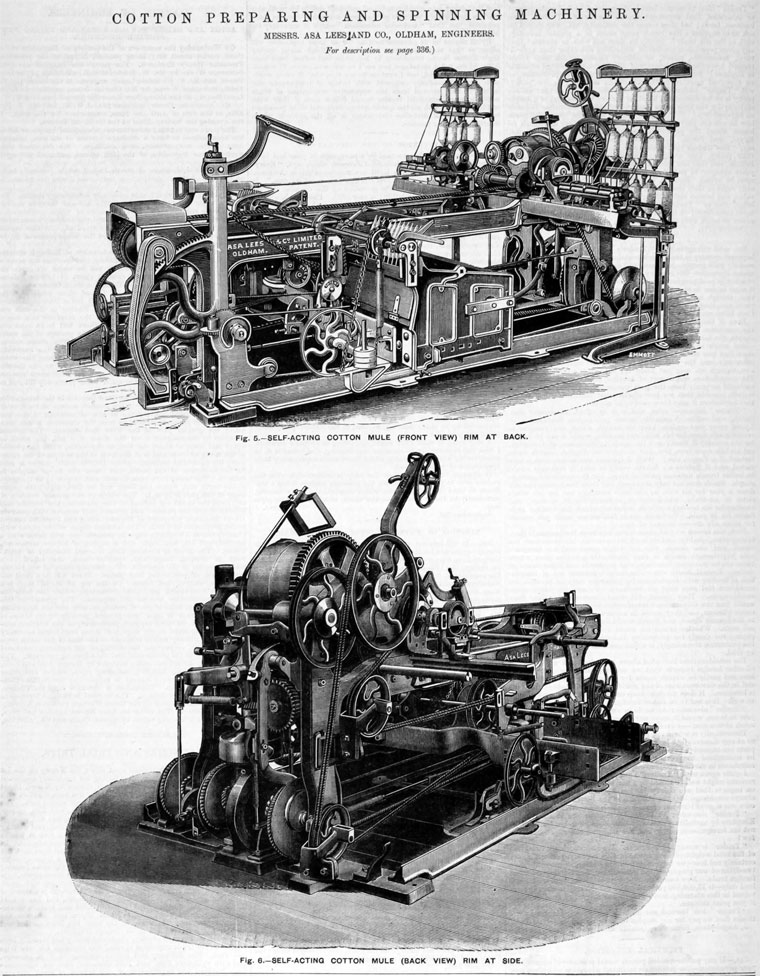 1896 cotton carding engine at Manchester's Museum of Science and Industry 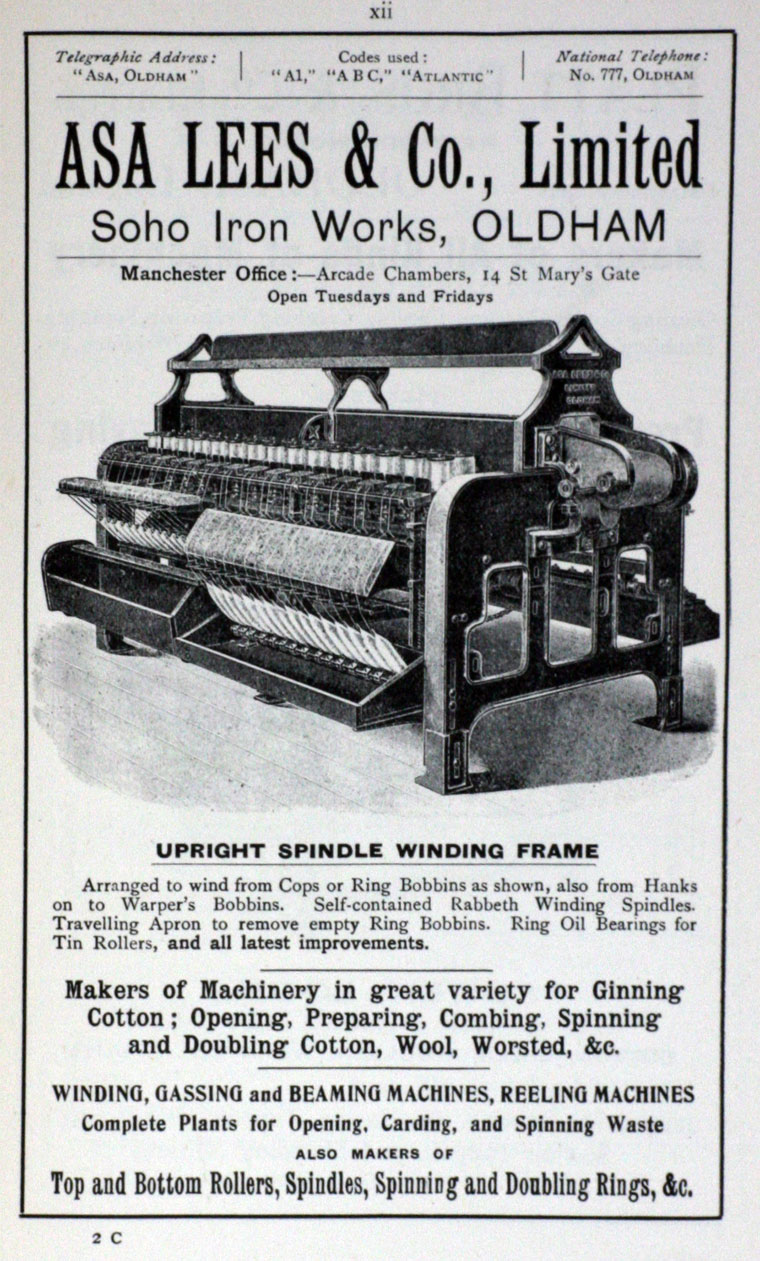 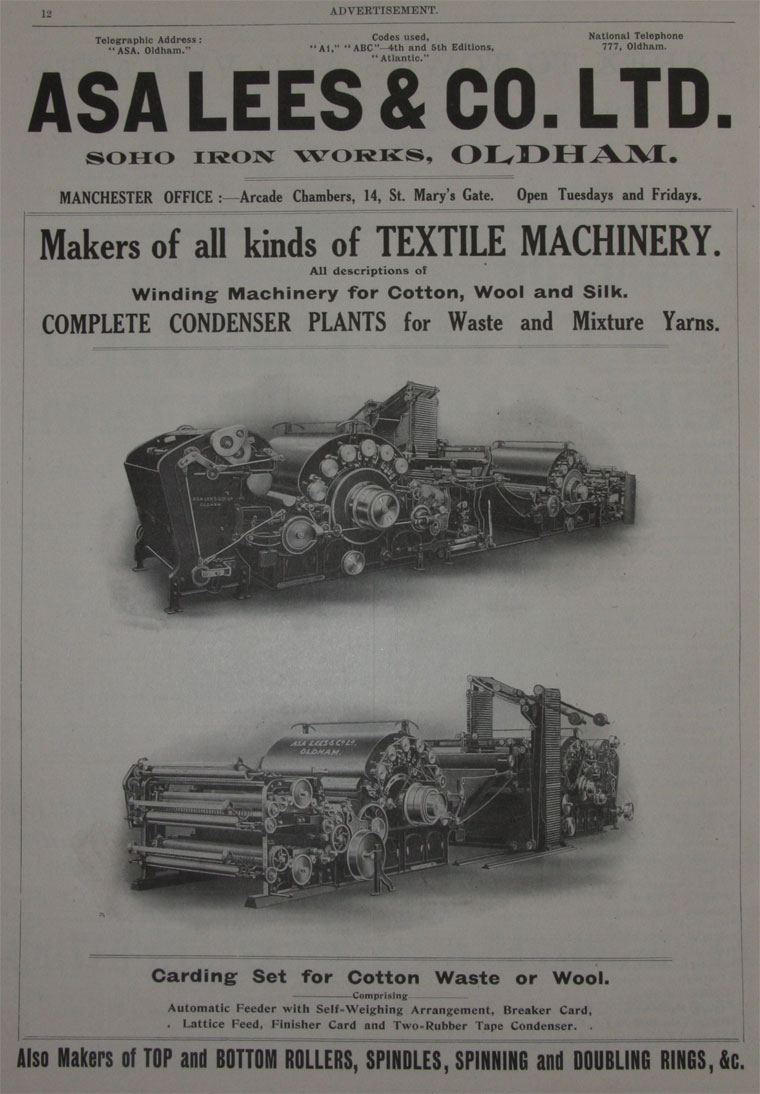 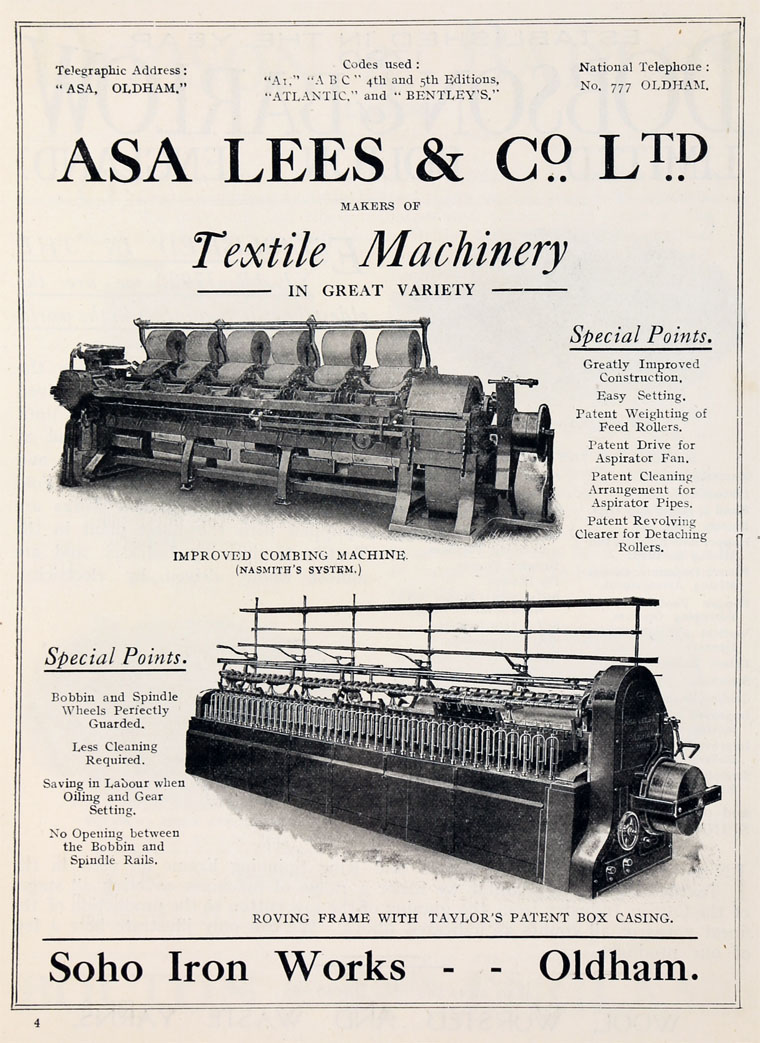 1843 His son Asa Lees acceded to the company and the machine-making business was added to the ironfoundry.

1872 The company, Asa Lees and Co, was registered on 7 September, to acquire the business of the firm of this name, as makers of machinery. [1]

1896 Carding Engine. Exhibit at Manchester's Museum of Science and Industry.

1917 Advert as makers of all kinds of textile machinery. [4]

1931 Asa Lees, Howard and Bullough, Platt Brothers, Brooks and Doxey, Dobson and Barlow, Joseph Hibbert and John Hetherington and Sons sold their textile machinery making assets to Textile Machinery Makers (TMM) in return for shares. Tweedales and Smalley were initially not partners of the TMM scheme but they joined later.