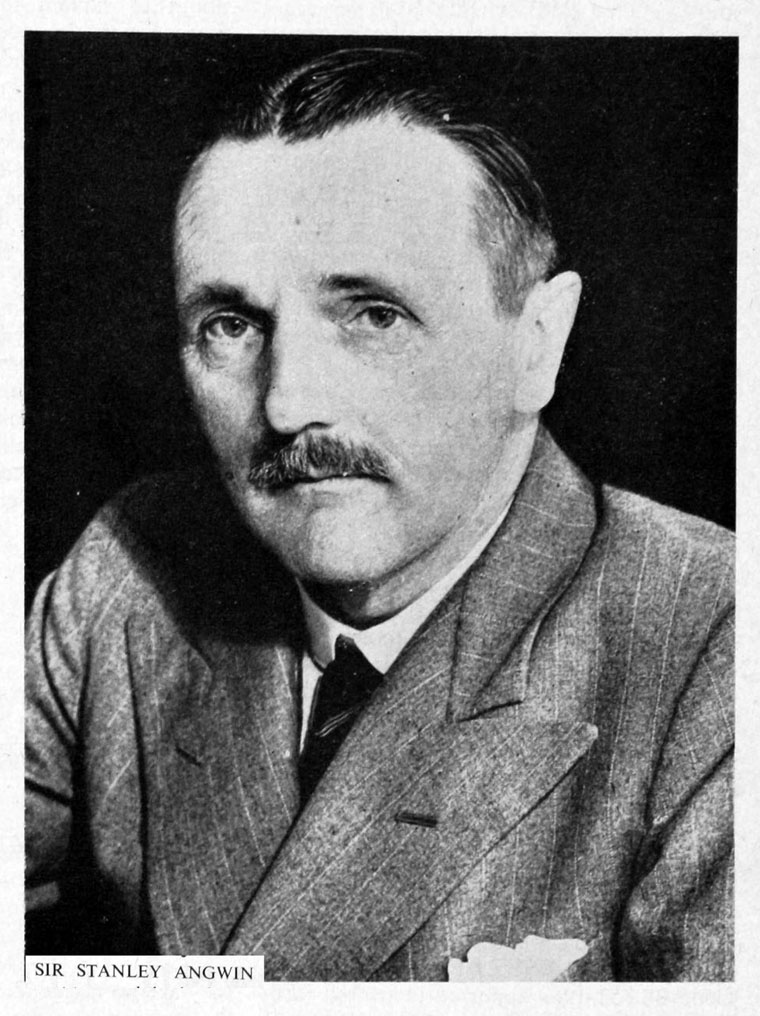 1883 born in Penzance on 11 December, the son of the Revd George William Angwin, a nonconformist minister, and his wife, Lucinda Cambellock.

Went to work for Yarrow and Co, shipbuilders on the Clyde

WWI Commanded a Territorial telegraphy unit in Gallipoli, Egypt, Palestine, and France; awarded the DSO and the MC, and was five times mentioned in dispatches.

1921 Married Dorothy Gladys, daughter of Walter H. Back, of Exeter. They had three sons and a daughter

Involved in the design and construction of the large radio stations at Leafield, Rugby, and Cairo

1928 In charge of the engineering department's radio branch.

Arthur Stanley Angwin was born at Penzance, Cornwall, in 1883. After serving his articles with Yarrow and Co., engineers and shipbuilders, he continued to study engineering at East London (now Queen Mary) College, and took the B.Sc. of London University.

He joined the Post Office Engineering Department in 1906 and shortly afterwards was transferred to Glasgow.

When the Territorial Force was inaugurated he raised the Lowland Division Telegraph Company, which was composed almost entirely of Post Office staff. The unit was mobilised in 1915 and formed into the 52nd Divisional Signal Company with Major Angwin as Officer-in-Command. He served through the first world war with the unit in Gallipoli, Egypt, Palestine and France, and was awarded the M.C. and D.S.O.

On his return to civilian life after the war, Angwin was sent to London to join the wireless section of the Post Office Engineer-in-Chief's department, then being expanded. He played an important part in the design and construction of the Leafield, Cairo and Rugby radio stations, and in the inauguration of the transatlantic telephone service.

He became Assistant Engineer-in-Chief of the Post Office in 1933; Deputy Engineer-in-Chief in 1935 and Engineer-in-Chief in 1939. It was under his direction that the radio section developed equipment for short-wave radio telephony and built up the overseas radio services. Other advances wh1ch he d1rected included the adoption of the coaxial cable system as a normal method of providing trunk line commumcat1ons; two voice frequency signalling between zone centres, and the use of submerged repeaters on submarine telephone cables.

On the formation of Cable and Wireless, Ltd., on January 1, 1947, Sir Stanley was appointed chairman, but he resigned that appointment 1n 1951 to become chairman of the Commonwealth Telecommunications Board, from which he retired in 1956.

Sir Stanley was for some time a member of the Board of Engineering Studies of the University of London. In 1947 he was made a Fellow of Queen Mary College, and in 1953 the Honorary Degree of Doctor of Science (Engineering) was conferred upon him by the University.