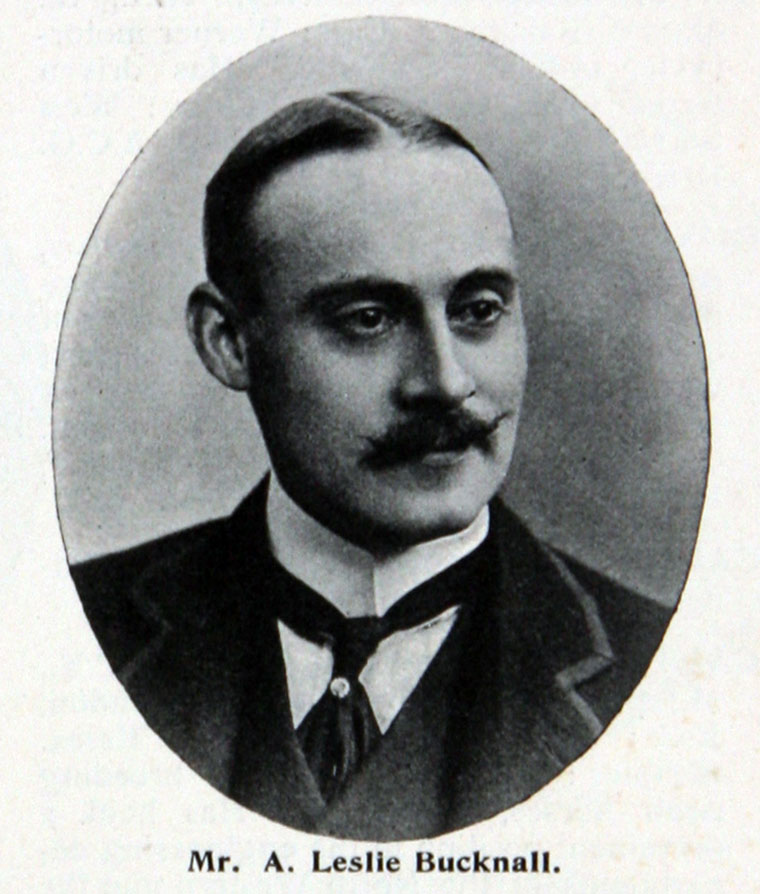 1897 June. Of Wickhurst Manor, Sevenoaks. Describes his recent journey from Boulogne to Paris in his Coventry Motette.[1]

1902 April. Bought the 40-hp Panhard raced by Charles Jarrott in the 1901 Paris-Berlin Race and converted it to luxury carriage.[3]

1904 'BUCKNALL, A. Leslie. Car: 40-h.p. Panhard. Has for some time devoted himself to ballooning, and has had a fine new balloon of 35,000 cubic feet capacity constructed. Was the first English member of the Aero Club to own his own balloon, and is the only private balloon owner in the United Kingdom. He inaugurated the new and fascinating sport of balloon-chasing by motor-car in the summer and autumn of last year, setting the pace in his own and several other balloons, and was the means of providing some very exciting Saturday afternoon spins for motorists. The balloon-chasing had its practical side, however, inasmuch as the main idea was to prove the usefulness of the balloon carrying despatches in wartime in its ability to elude pursuing motorcars. On several occasions Mr. Bucknall won, but more than once the motor-car was one too many, and the "despatches" were captured. Mr. Bucknall is a member of the Aero Club and Automobile Club of Great Britain and Ireland. He intends doing important pioneer work in the air this year, and has already achieved, on Vivienne II., the record speed ever attained by a balloon.' [4]