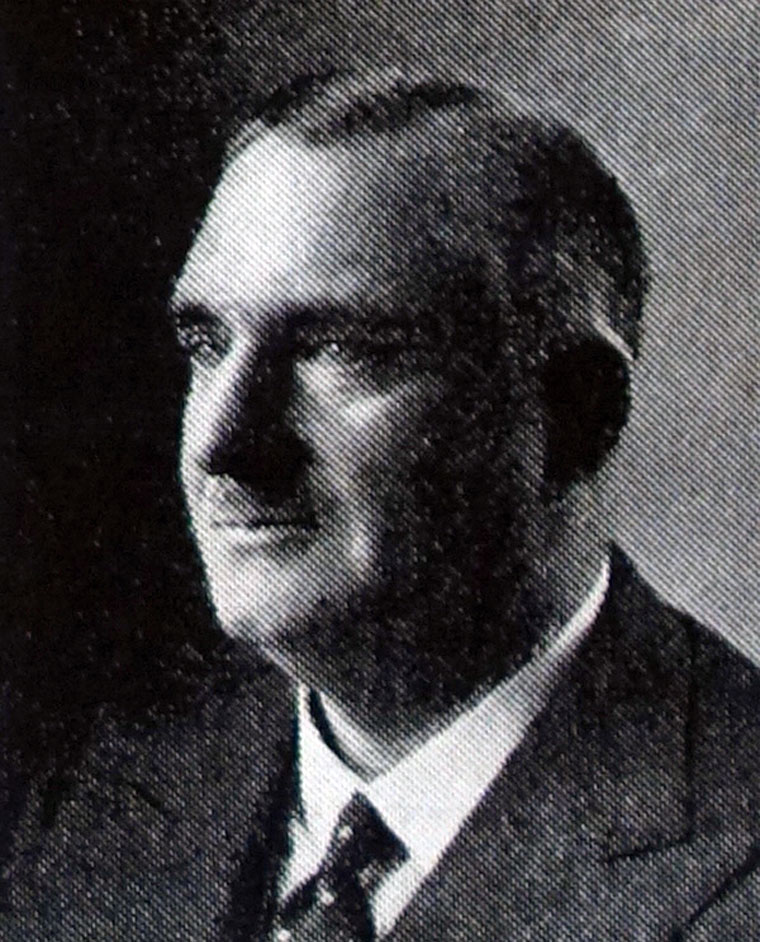 In 1905 he started his career as an apprentice with the Great Northern Railway (GNR). He succeeded Edward Thompson on 1 July 1946 but his style of work was more like Thompson's predecessor Sir Nigel Gresley. He finished several projects which were started by Thompson. But most popular were his LNER Peppercorn Class A1 and the LNER Peppercorn Class A2. These were known as some of the best British steam locomotives ever in service. He retired in 1949, a year after nationalisation and foundation of British Railways. Overall he was active as a railway Chief Mechanical Engineer for three and a half years.

He entered the service of the Great Northern Railway in 1905, serving as a premium apprentice at Doncaster under the late Mr. H. A. Ivatt and later under the late Sir Nigel Gresley. On completion of his apprenticeship he served a period of four years in the locomotive running department, and during the 1914-18 war with the Royal Engineers in France, obtaining the position of technical assistant to the chief mechanical engineer at D.G.T., France.

On demobilization Mr. Peppercorn returned to the locomotive running department as district locomotive superintendent at Retford and later returned as assistant-in-charge to Doncaster Wagon Shops.

In 1933 Mr. Peppercorn became assistant Mechanical engineer, Stratford, and locomotive running superintendent of the southern area, in 1937, a year later, mechanical engineer of the north eastern area, at Darlington.

Mr. Peppercorn was made an O.B.E. in the King's Birthday Honours List in 1945.

"ARTHUR HENRY PEPPERCORN, O.B.E., who died on 3rd March 1951, at the age of sixty-two, entered the service of the Great Northern Railway in 1905 as a premium apprentice, first under Mr. H. A. Ivatt and afterwards under Mr. H. N. (later Sir Nigel) Gresley.

On completion of his apprenticeship, he gained running shed experience as assistant to the district superintendents at Colwick, Ardsley, and Peterborough. During the 1914-18 war, he served with the Royal Engineers in France and obtained the rank of captain as technical assistant to the chief mechanical engineer at the Directorate General of Transportation. On demobilization he was appointed district locomotive superintendent at Retford, and in 1921 took charge of the wagon shops at Doncaster. When the railways were amalgamated in 1923, Mr. Peppercorn became carriage and wagon-works manager at Doncaster, and in 1927 was appointed to a similar position at York.

Mr. Peppercorn was awarded the O.B.E. in the King's Birthday Honours list in 1945, and visited the United States as a member of a mission from four British railways in the same year. He was appointed chief mechanical engineer of the London and North Eastern Railway in 1946, a position he held through the difficult years immediately preceding and subsequent to nationalization, until his retirement in 1949.

He was responsible for the A.1 class "Pacific" locomotive, the first of which bears his name. This was the last locomotive to be built by the London and North Eastern Railway. His untimely death after a short retirement came as a shock to a large circle of colleagues and friends to whom he had endeared himself over a long period of years and through a long and varied railway career. L. Reeves, M.I.Mech.E."

"THE death of Mr. Arthur Henry Peppercorn, which occurred at Newbury, Cantley Lane, Doncaster, on Saturday last, March 3rd, will be deeply regretted, especially by railway engineers. He was the last Chief Mechanical Engineer to be appointed by the London and North Eastern Railway, prior to nationalisation, and had spent the whole of his working life in the service of the L.N.E.R . and its predecessors.

Arthur Henry Peppercorn was born at Leominster, Hereford, on January 29, 1889, and received his general education at the Hereford Cathedral School. In 1905 he began a premium apprenticeship, under the late H. A. Ivatt, at the Doncaster works of the Great Northern Railway, and during his years there studied at the Doncaster Technical College. After completing his apprenticeship, Peppercorn gained further experience in the G.N.R. locomotive running sheds at Colwick and was subsequently appointed an assistant to the District Locomotive Superintendent at Ardsley and, later, at Peterborough.

The first World War interrupted his career with the Great Northern. Peppercorn served in France in the chief mechanical engineer's department of the Royal Engineers, and before the end of the war was appointed technical assistant to the chief mechanical engineer in the Directorate-General of Transportation, France. As soon as he was demobilised Mr. Peppercorn returned to the G.N.R. to become district locomotive superintendent at Retford, and soon afterwards he went back to Doncaster as assistant-in-charge of the wagon shops.

His next appointment, in 1921, was as assistant to the carriage and Wagon superintendent at Doncaster and, with the grouping of the railways in 1923, he became carriage and wagon works manager at Doncaster, L.N .E .R.; four years later he was appointed to a similar position at York, where he remained until 1933. Read more here