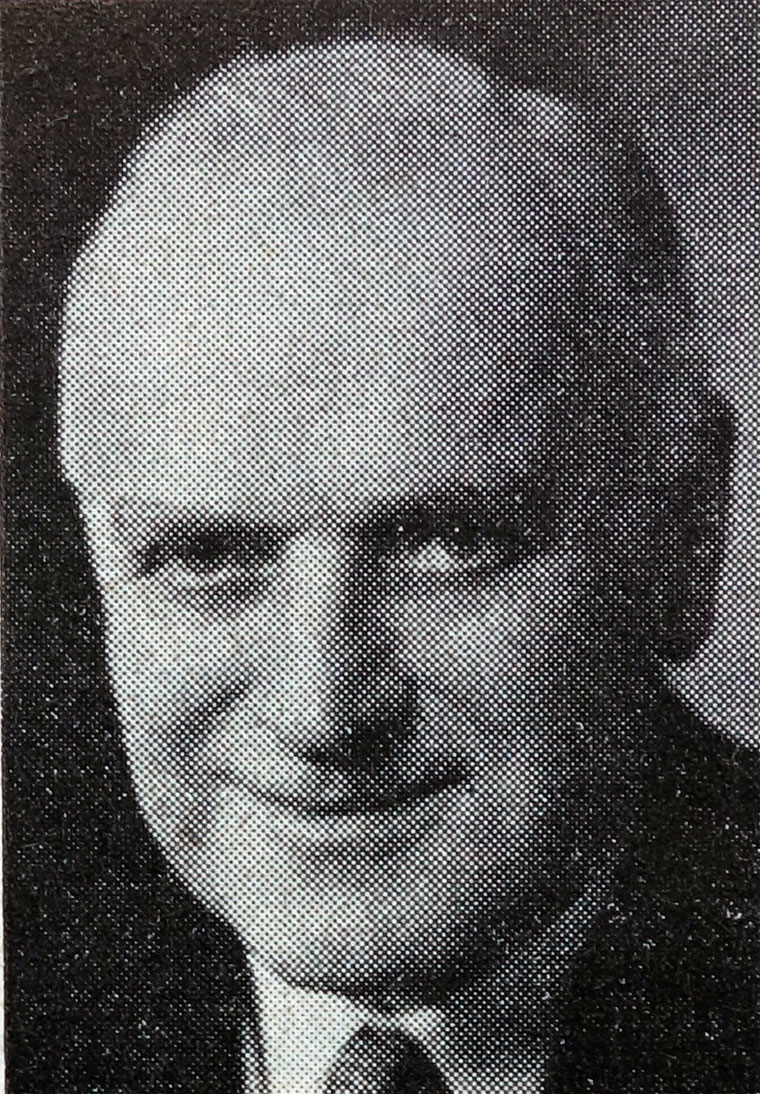 After AJS went into voluntary liquidation he moved to Singer and then Humber.

He ended up as Chief Consulting Engineer to the Rootes Group and was Chairman of the Automobile Division of the Institute of Mechanical Engineers.

After completing his technical education at Wolverhampton Technical College, he was employed by J. Gibbons of Wolverhampton.

In 1912 he joined the Design Department of the Clyno Engineering Company working on motor cycles and light cars until the outbreak of the 1914-18 war, during which he was engaged in the design of machine-gun carrying combinations. He later became Chief Engineer and remained with the company until 1931.

After a period of three years with Singer Motor Co., he then joined the Rootes Group as Chief Engineer, finally becoming Chief Consulting Engineer. In 1953 Mr Booth was awarded the M.B.E.

Originally a member of the Institution of Automobile Engineers and later serving on its Council, Mr Booth was elected Automobile Division Chairman in 1956. He was an active member of the Coventry Centre, being Chairman from 1950-52. Throughout his life he took a personal interest in the education and training of young engineers and was well known to the Division for his work in this field. His friendly presence will be greatly missed.

"My engineering career began in 1912, when I joined The Clyno Engineering Co. of Wolverhampton, as a draughtsman.

In 1922 I became Chief Engineer and held the position until the Company went out of existence in the early 1930's during the trade slump which claimed so many victims at that time.

That was followed by three years from 1932 as co-Designer and Engineer with Singer Motors, Ltd., who by a happy coincidence have now become part of the Rootes Group.

Finally, early in 1935 I joined Humber, Ltd., as Chief Engineer, responsible to the Group Director for the design (excluding bodywork) of Humber, Hillman, and Sunbeam Talbot cars, and military vehicles, a position held until recently when I was appointed Chief Consulting Engineer to the Rootes Group."