Grace's Guide is the leading source of historical information on industry and manufacturing in Britain. This web publication contains 147,195 pages of information and 233,429 images on early companies, their products and the people who designed and built them. 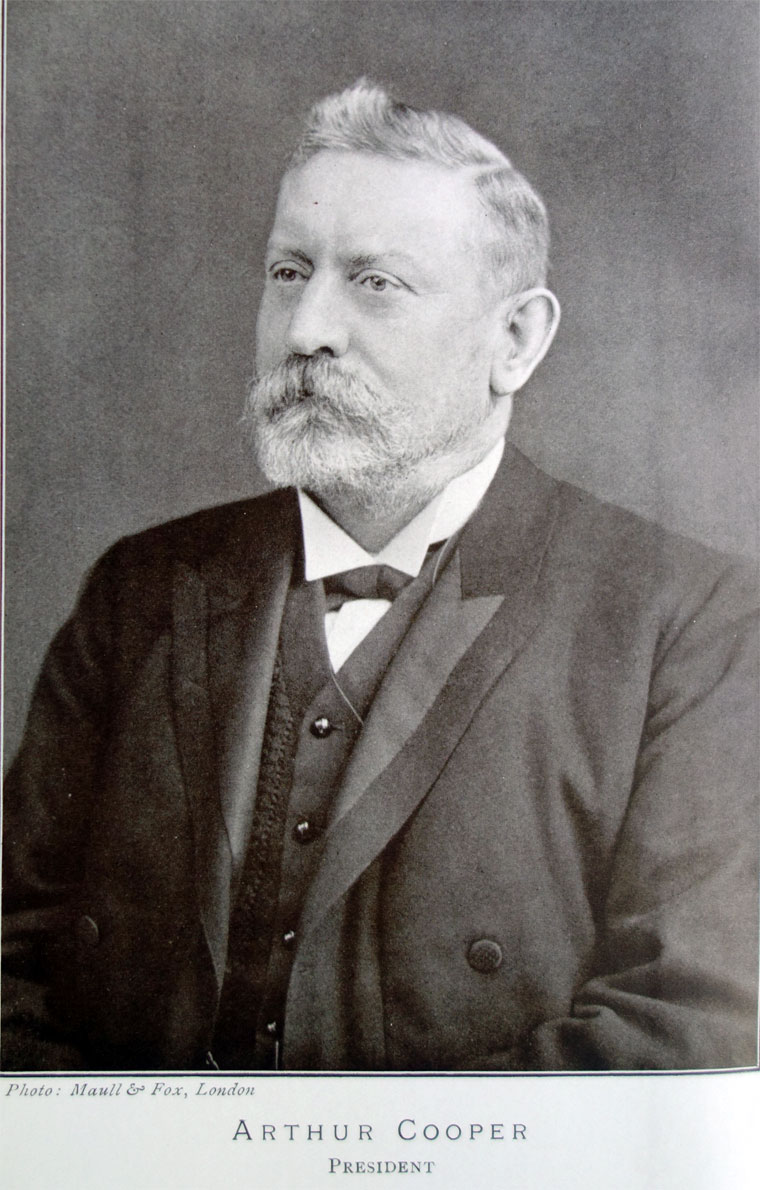 ARTHUR COOPER, LL.D., Past-President of the Institute, died on May 24, 1932, at the residence of his eldest son, Mr. Frank W. Cooper, Dorfold Cottage, Nantwich, Cheshire, at the age of eighty-three.

Born in 1849, Dr. Cooper showed a taste for mechanics at an early age, and after attending a private school near Leicester he became apprenticed at the age of sixteen with the late Mr. Matthew Kirtley at the Midland Railway Co.'s locomotive works at Derby. He spent a portion of his time in the erecting, fitting, turning, and pattern shops, and afterwards left these works to become an assistant to the engineer of Messrs. John Brown & Co.'s works at Sheffield. Three years later he was appointed to the management of the Bessemer steel department at these works, a position for which he had privately prepared himself by a study of practical chemistry and metallurgy.

In 1874 he left Messrs. John Brown & Co. to take up a similar position at the works of Messrs. Brown, Bayley, and Dixon, where the tyre department, and, four years later, the rail department, were placed under his control.

He became closely associated with Sidney Thomas and Percy Gilchrist in their development of the basic process, and along with these two inventors, he played an important part in its exploitation. Soon after the preliminary trials of the basic steel process had been conducted at the works of Messrs. Bolckow, Vaughan & Co., at Middlesbrough, arrangements were made for carrying it out on a large scale in one of the Bessemer plants of Messrs. Brown, Bayley and Dixon's works.

In May, 1880, Dr. Cooper read a paper before the Iron and Steel Institute at its London Meeting on "The Manufacture of Bessemer Steel and Ingot Iron from Phosphoric Pig," setting out the results of these experiences.

A year later the North-Eastern Steelworks was formed, specially to work the process, by Messrs. Thomas, Gilchrist and Riley, who were associated with the late Sir Arthur Dorman, and Dr. Cooper was appointed general manager and later managing director of the Company. There devolved upon him the entire construction of the works, which commenced operations in 1883. They were subsequently extended by the addition of the Acklam blast-furnaces.

When the works were merged with Messrs. Dorman, Long & Co., Dr. Cooper became a director of that firm. By the unanimous votes of the President and Council of the Institute, Dr. Cooper was, in May, 1892, awarded the Bessemer Gold Medal for "important services in the development of the basic Bessemer process."

Two years later he was elected a Member of Council of the Institute; in 1906 he became Vice-President, and he was appointed President for the years 1912-14. He also acted as President of the Institute in the years 1914-16, owing to the fact that Dr. Adolphe Greiner, who had been elected President in 1914, was prevented from carrying on his duties on account of the outbreak of War, being forcibly detained by the Germans in his own Works at Seraing, where he died in November, 1915. At the Autumn Meeting of the Institute at Leeds in 1912, the University of Leeds, in recognition of his scientific work, conferred upon him the Honorary Degree of LL.D.

His retirement from the managing directorship of the North-Eastern Steelworks took place in September, 1919, but he continued to serve as a director on the board of Messrs. Dorman, Long & Co. Dr. Cooper was elected a member of the Tees Conservancy Commission, representing the Middlesbrough payers of Tees dues, in 1905, and continued until June, 1930, when he resigned. At the time of his death Dr. Cooper was the oldest borough magistrate for Middlesbrough, having been appointed in 1890.

He was elected a member of the Iron and Steel Institute in 1874.