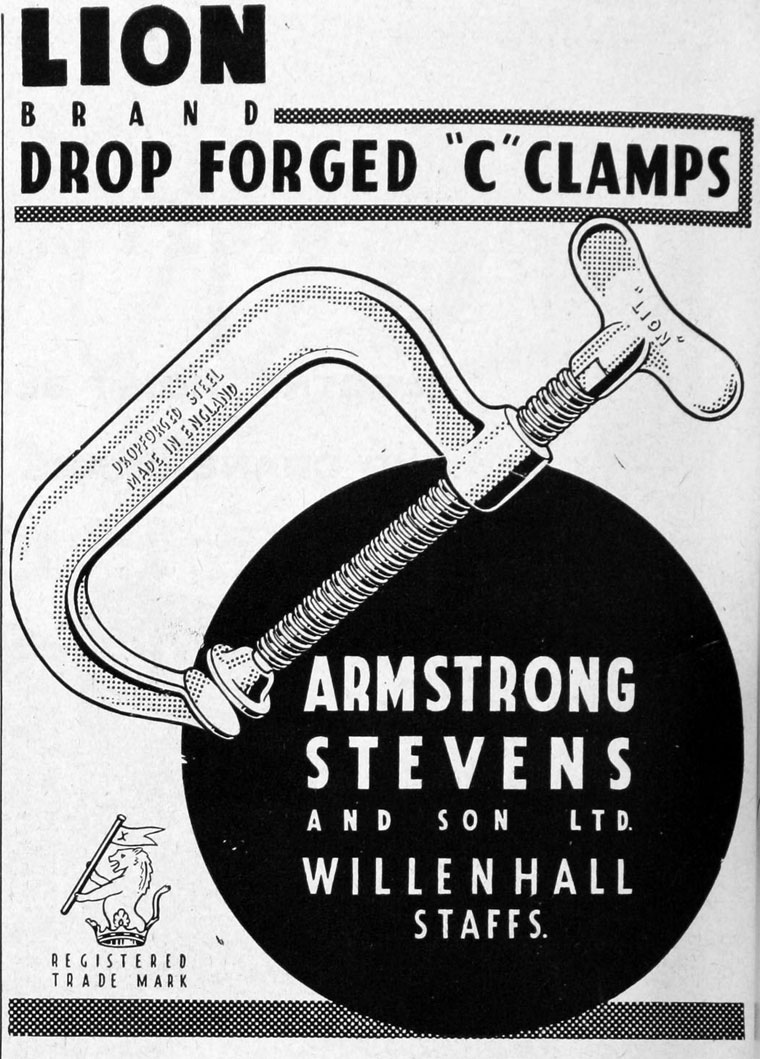 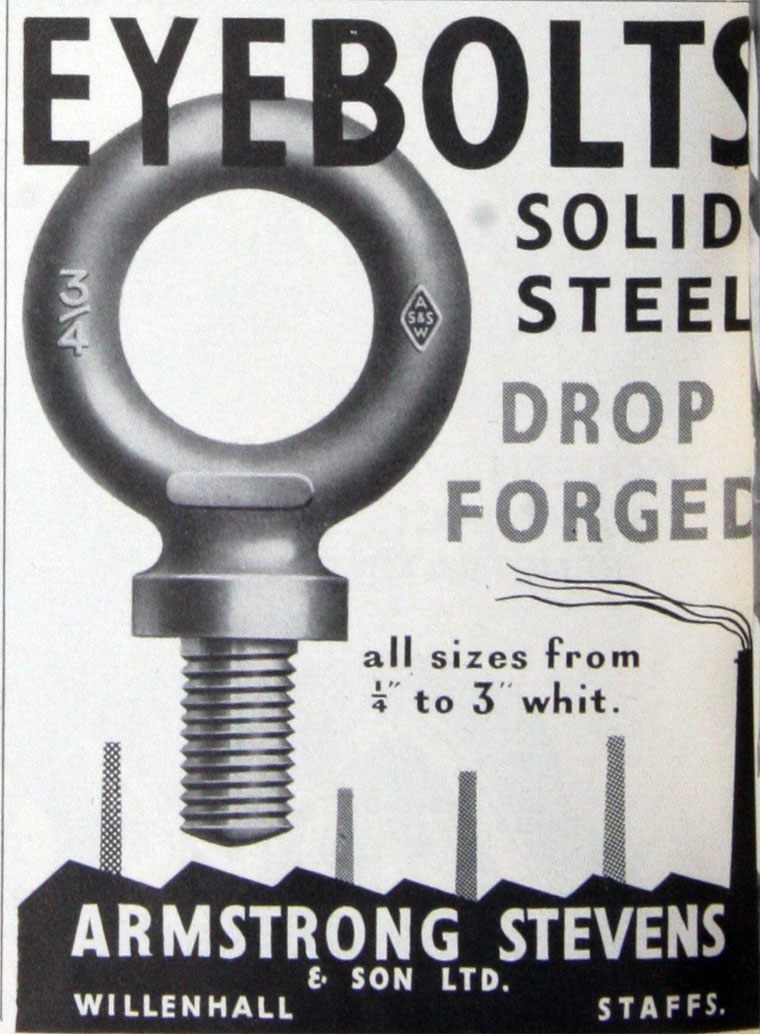 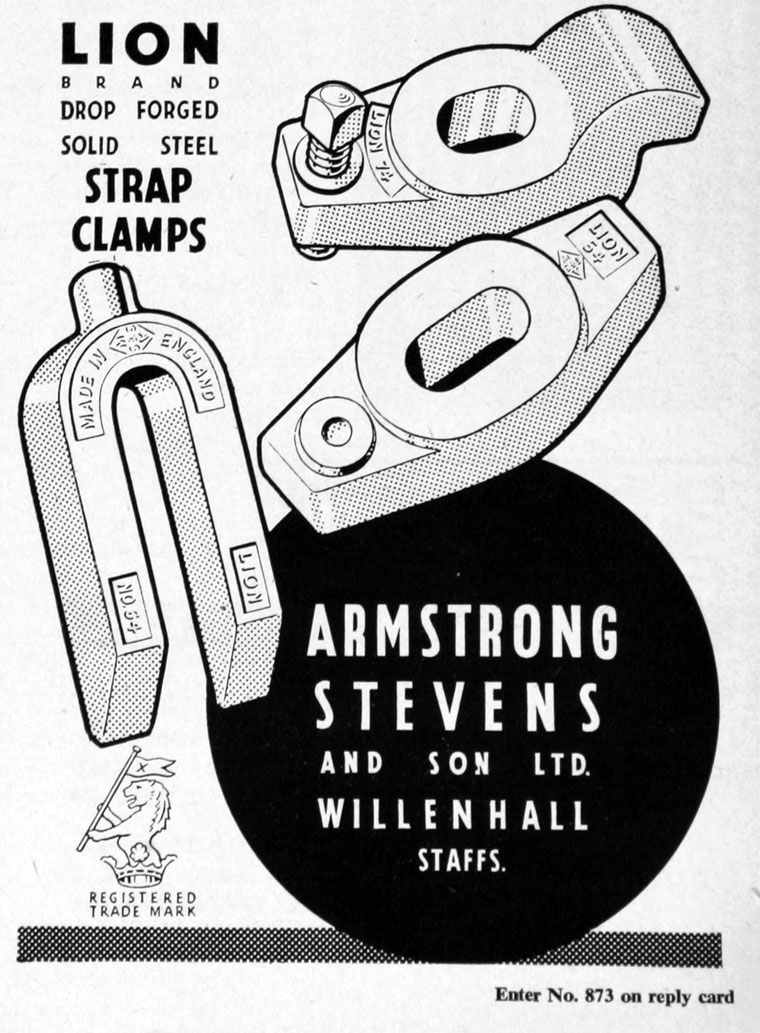 Armstrong, Stevens and Son of Whittall Street, Birmingham, and Willenhall.

1936 Sheffield Steel Products created a new public company Armstrong, Stevens and Son Ltd which it sold to Messrs Victor Riley and John Harper Bean who then sold shares to the public[4].

By 1959 the drop forged products were marked A.S.& S.W. in a diamond-shaped frame (see advert)

1965 Introduced high-energy rate drop forging (one of the first in Britain), using a press made by Fielding and Platt, also a member of the Heenan Group., under licence from General Dynamics of USA[8].