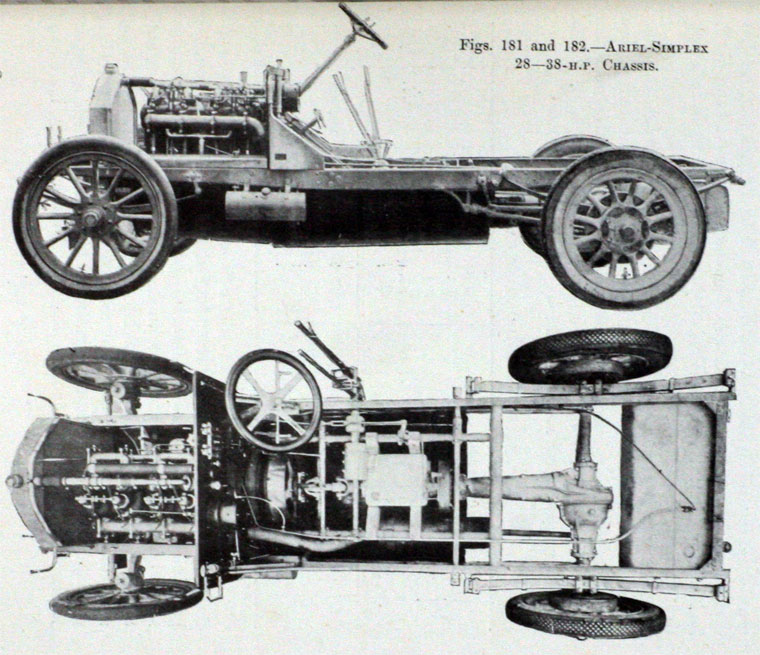 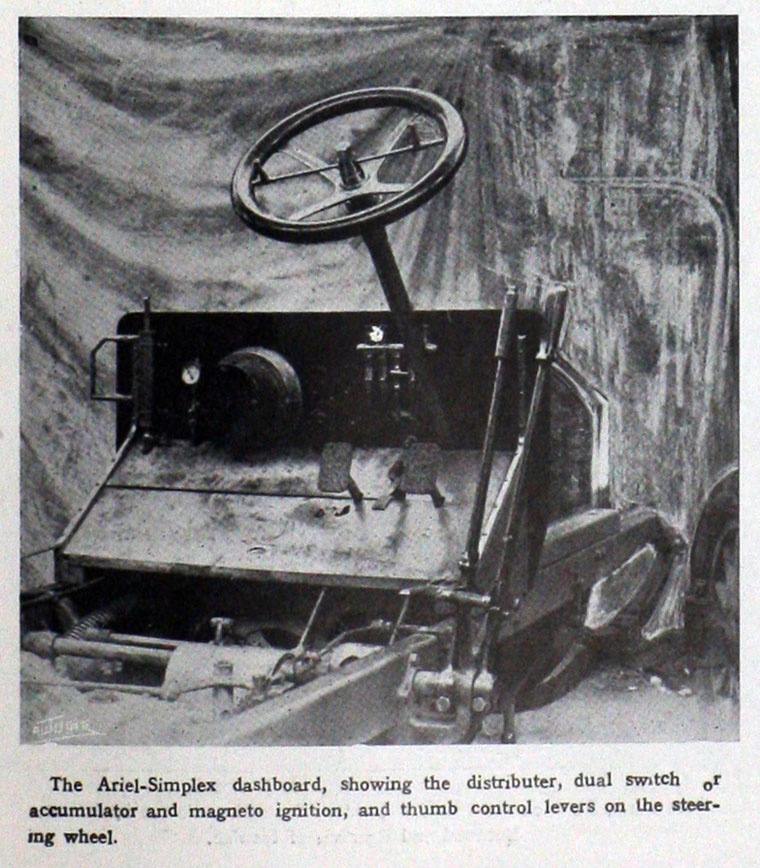 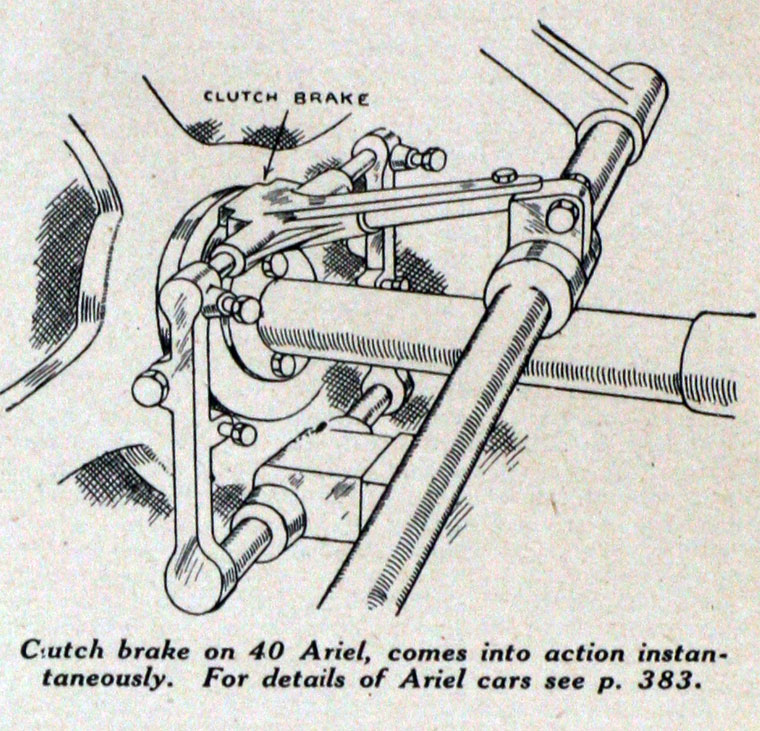 1906 March. Components Ltd floated Ariel Motors (1906) Ltd as a public company to take over the manufacturing of Ariel motorcars (which had been carried on by the Ariel Cycle Co and other subsidiaries of Components Ltd at Selly Oak, Birmingham) and the retail business Ariel Motors Ltd at Long Acre, London. The purpose was to carry on the business of manufacture and sale of Ariel and Ariel-Simplex cars. Planned to open negotiations with Bruce Peebles and Co for reciprocal working. Directors were: J. F. Albright, Arthur C. Peebles, Gerard B. Elkington, J. E. Hutton and Charles T. B. Sangster as MD. [1] [2]

1908 Components Ltd saw little future in cars and decided to dispose of that side of its business (Ariels) to the French car company Societe Lorraine-Dietrich[4].

1908 The name Ariel Simplex was abandoned because of the difficulty of defending the use of the Simplex term; henceforth the cars would be known as Ariel[5].

1911 By now, Ariel had purchased the rights to White and Poppe and had begun to make engines themselves, with a much higher capacity. They soon produced models, from tourer to TT racer, with a variety of belt-drive transmissions.

1914 An Abingdon engine was used and it, and some singles, adopted a three-speed gearbox and a chain-cum-belt drive. The saddle was connected to a spring frame on the saddle tube to give a comfortable ride.

1916 Throughout the rest of the Great War, the company supplied the War Office with 3.5hp singles and a few V-twins.

1916 At a meeting of Ariel Motors Ltd held at 322, Camberwell New-road it was agreed that

".. the Company approves of the proposed sale of all the undertaking and assets of the Company to Ariel and General Repairs Limited in consideration of the Allotment and issue to this Company or its nominees of 850 fully paid Ordinary shares of Ariel and General Repairs Limited, and instructs the Directors to take all steps necessary for carrying such Sale into effect."

"That Ariel Motors Limited be voluntarily wound up; and that Mr. W. L. Quinton, of 39, Caldeoot-road, Denmark-hill, S.E., be and he is hereby appointed Liquidator of the Company..."[9]

1917 Ariel Works Ltd [10] handled the motorcycles and motorcar activities (including the racing teams); this name continued to be used until 1932.

1918 Jack Sangster joined the company, of which his father Charles Sangster was managing director. Sangster designed a small low cost car which he began manufacturing. The design of the car was later sold to Rover, with Sangster joining Rover to manage the production of the car which became the Rover Eight model.