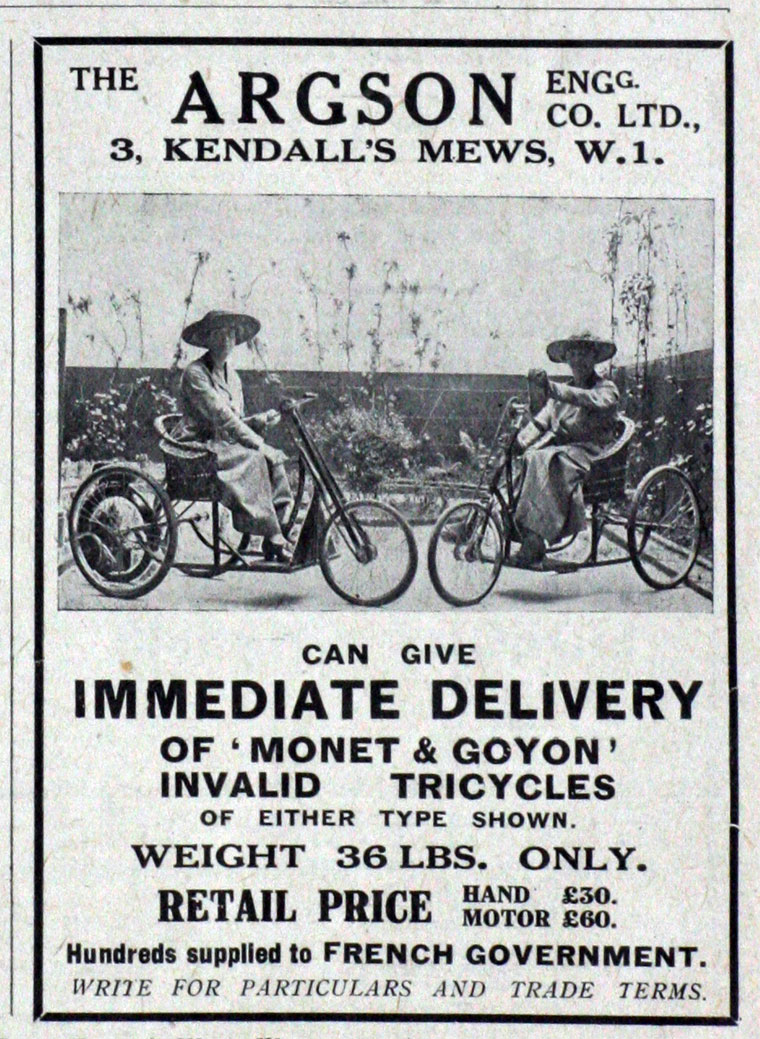 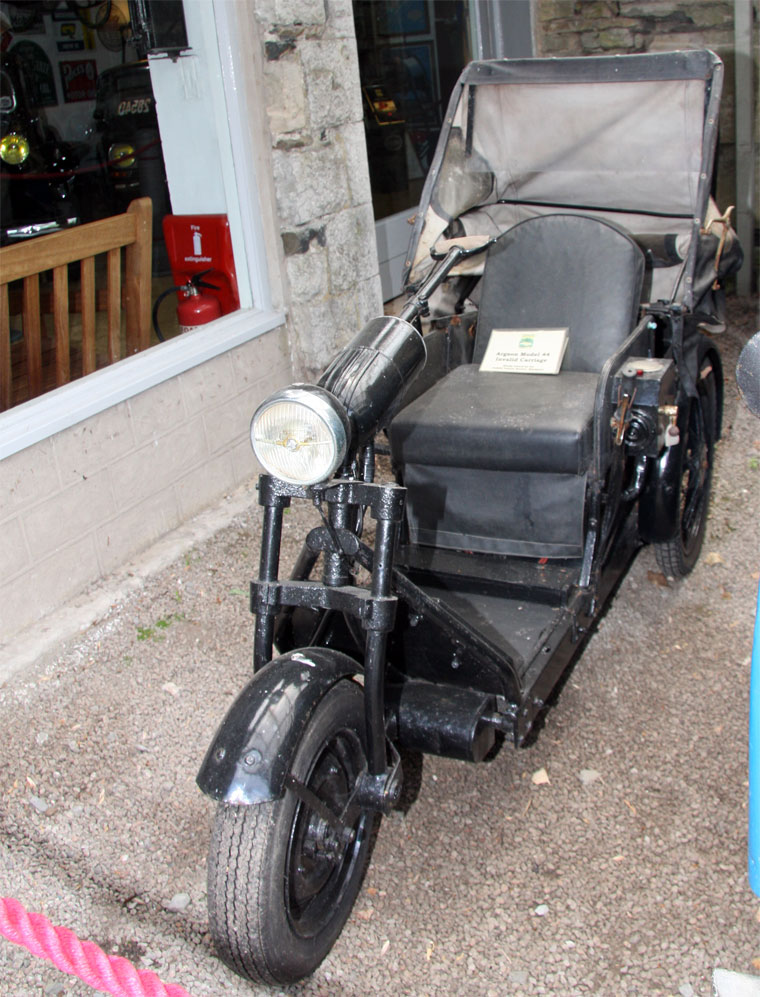 Argson is an acronym made up of the initial letters of the names of the two founding directors, Arnold Ramsden Garnett and Stanley Orton Needham

Following World War I, their main product was a three-wheeled carriage with a 170cc two-stroke engine. For a while the also manufactured a complete lightweight motorcycle, with the two-stroke engine, direct-belt drive and conventional cycle parts, under the Beaufort name. Another version, with a Villiers engine and crankshaft-mounted clutch was also available - but production was sporadic. The machines were typical of the era.

1921 The principal product of this company in its early days was the manufacture of a specially designed and adapted light motor tricyle. This machine was specifically intended for use by invalids who had lost a limb as as result of World War I. There were very many such individuals and so there was a large market for the machines. The tricycle had a single front wheel and the other two fastened to a common rear axle, and driven by the company's own Beaufort 170cc engine. The same engine also appeared in the Beaufort lightweight motorcycle built by Argson. It was also sold to other assemblers of lightweight motorcycles.

1922 The company moved from the West End of London to Twickenham.

1923 A tricycle with an electric motor was added as an option.

1924 A novel flat-twin engine was promoted. It was developed from a 175cc engine built to War Office requirements for a generating set. It was thought to have a use for light motorcycles, but nothing more came of that idea.

1927 Report. 'IN the very early (lays of the motor car industry Mr. A. R. Garnett, who was a designer and manufacturer of many types of light and heavy automobiles, launched on the market a vehicle known as the National car. Some years afterwards Mr. Garnett was helping a friend to test out another make of vehicle when he met with a very serious accident, which resulted in his being permanently paralysed, and he had to resort to a hand-propelled chair as a means of getting about. He soon found out that this type of three-wheeled chair was not at all satisfactory, and so he began to design a tricycle which was easy to propel and which would give him exercise, comfort and in dependence under all varying road conditions. The result is that he is now the manufacturer of the Argson tricycle, which embodies these virtues and is the only machine of its class fitted with a 3-speed gear and differential in the back axle. Its popularity is shown by the fact that, in addition to many hundreds of private users, the Government has taken delivery of over 2,000 of these machines for disabled soldiers. The makers trade under the title of the Argson Engineering Co., Ltd., of Richmond Road, Hast Twickenham.'[1]

The Argson was later made by the Stanley Engineering Co