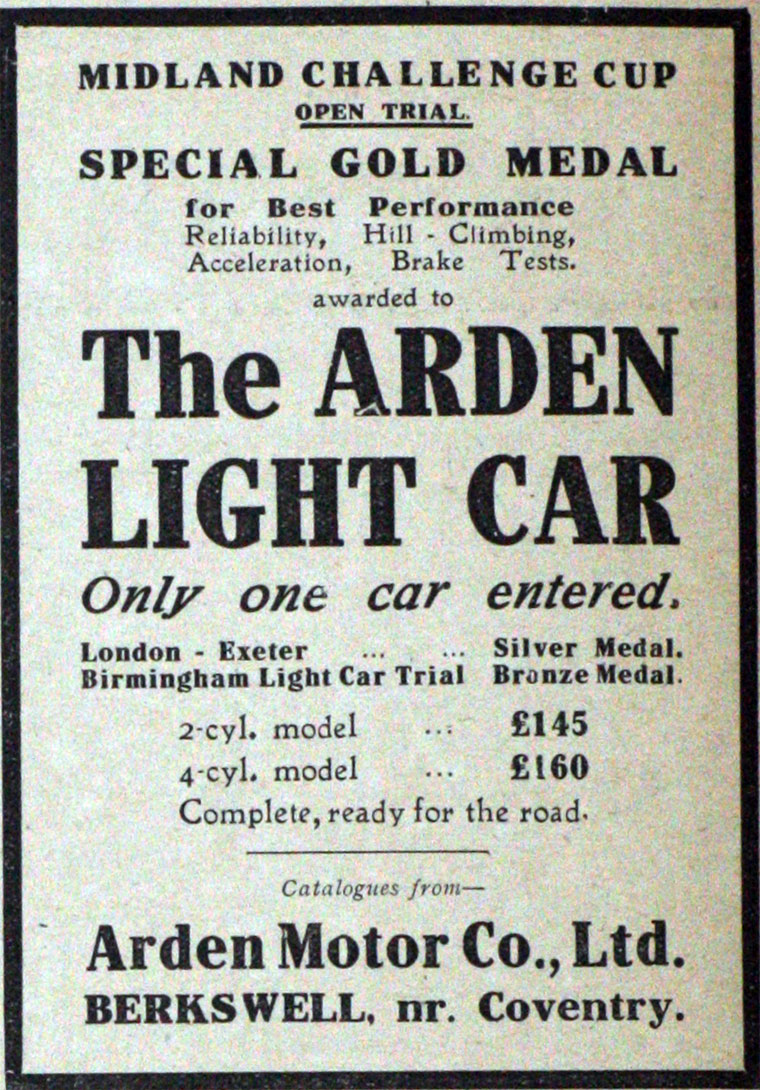 of Berkswell, near Coventry

The founder was a local builder named Ernest Alfred Isherwood.

Cars Starting out in 1912 as a light and somewhat crude cyclecar, by the time production finished four years later, it had grown into a well-made four-cylinder car, featuring full four-seater coachwork.

The first model in 1912 was a 8hp V-twin, air cooled, 898cc JAP-engined cyclecar with a wooden chassis. This continued in production until 1915.

One Arden, a 1913 Alpha two-cylinder-engined, two seat model, is known to survive.

After World War I they developed and marketed a spring front-fork with side members from pressed steel, with adjustable links on cup-and-cone bearings. They also produced a 269cc two-stroke engine. That engine and the fork were used by several smaller assemblers such as Endurance, Gaby, Norbreck and Priory.

They are not thought to have produced many complete machines.