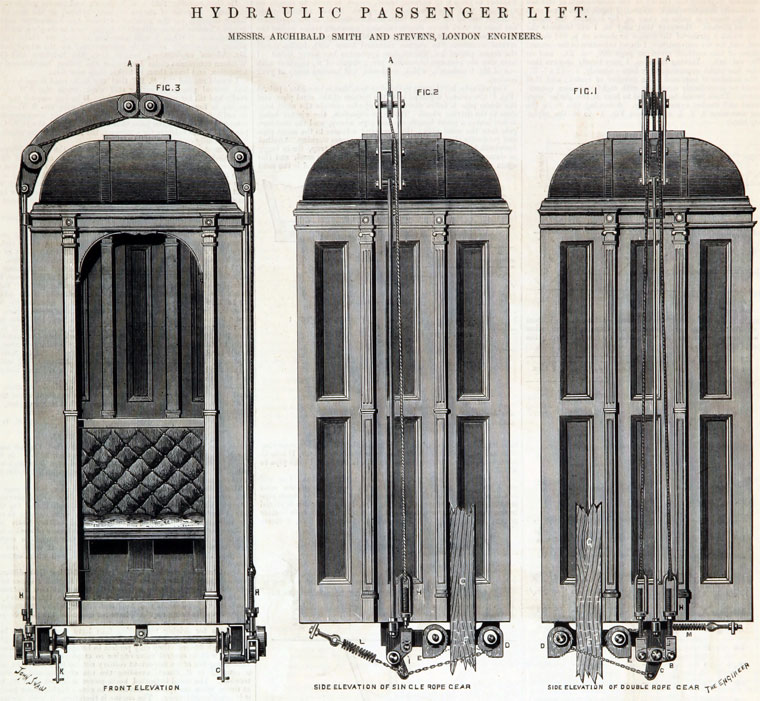 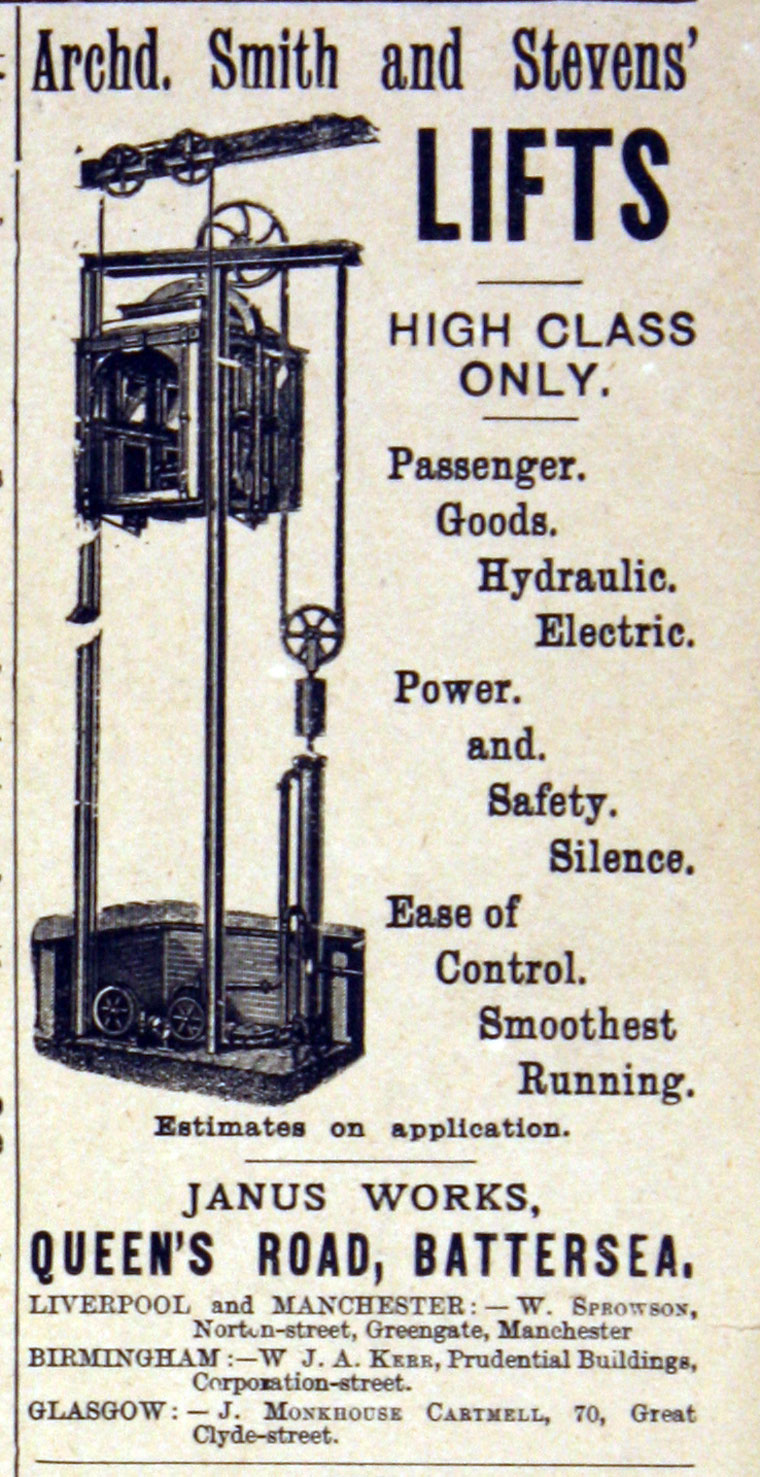 The firm began to concentrated on making lifts. Initially hand or belt or hydraulically operated.

1890 Designed a lift which was included in the winning design for the Great Tower of London[4].

1909 Due to further expansion of the business, it was decided to convert it into a private limited company under the name of Smith, Major and Stevens, Ltd., with Charles George Major as chairman. The works were moved to Northampton.