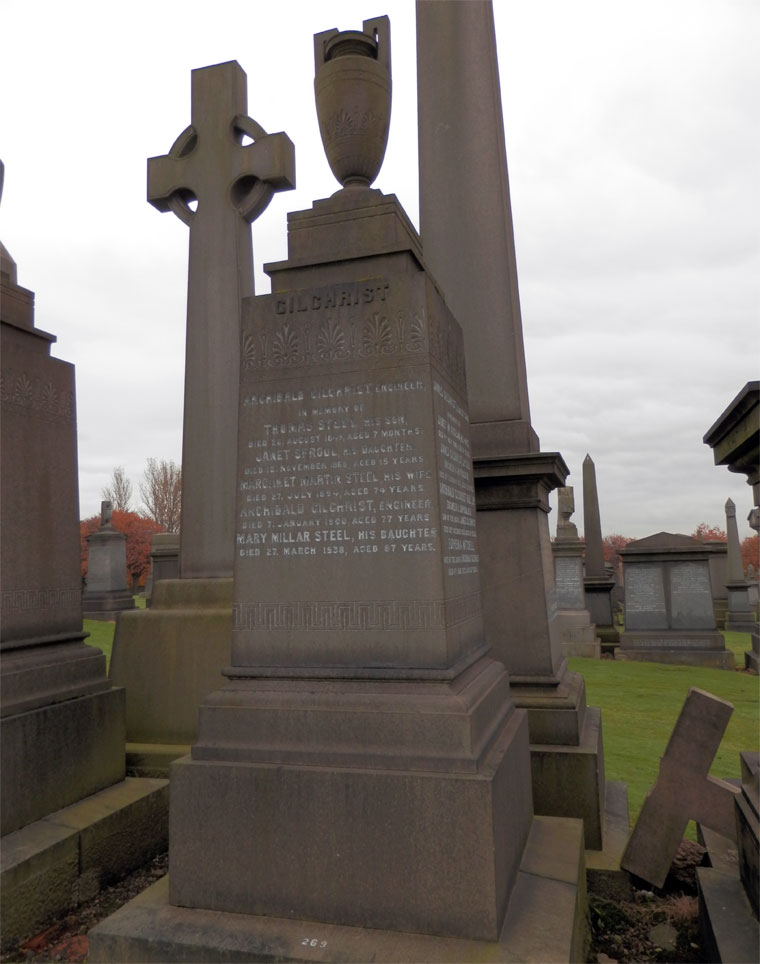 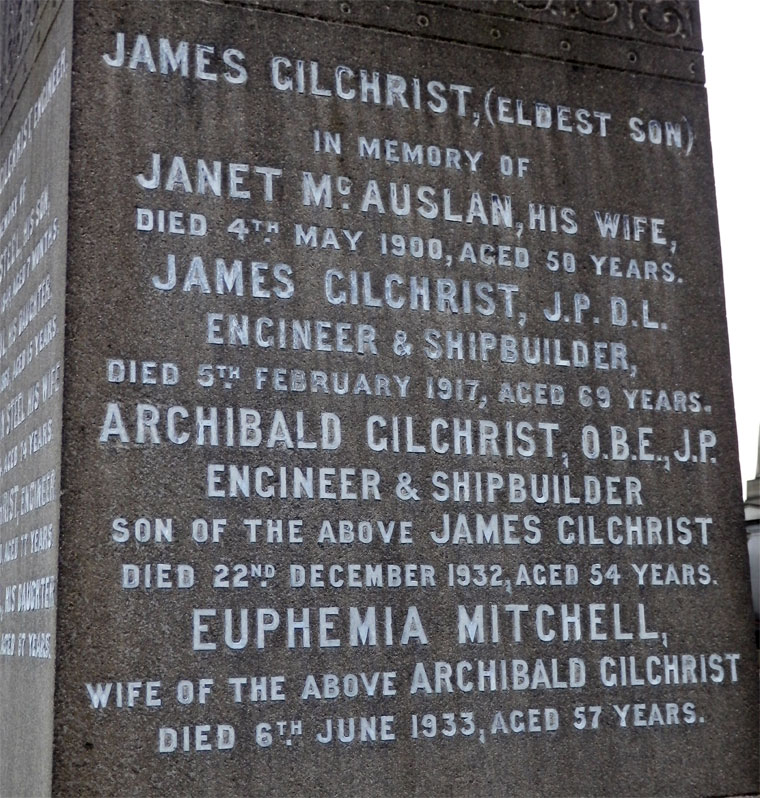 Chairman of Barclay, Curle and Co

Also chairman of Sharp, Stewart and Co the locomotive engineers of Springburn. [1]

"...chairman of Barclay, Curle and Co., Limited, engineers and shipbuilders, Glasgow, which took place on Sunday, 7th inst., at his residence in Kelvinside, Glasgow, there has passed away another of the few remaining personalities who link the present-day developments with the "day of small things" in marine engineering and shipbuilding on the Clyde.

Mr. Gilchrist was born in 1822, and was thus, at his death which resulted from weakness of the heart, following upon a chill and enfeebled general health - in his seventy-eighth year. He was a native of Glasgow, having been born on August 18th, 1822, at Port Dundas Inn, of which his father was proprietor. He was educated in the old Glasgow Grammar School, one of his..."[More].