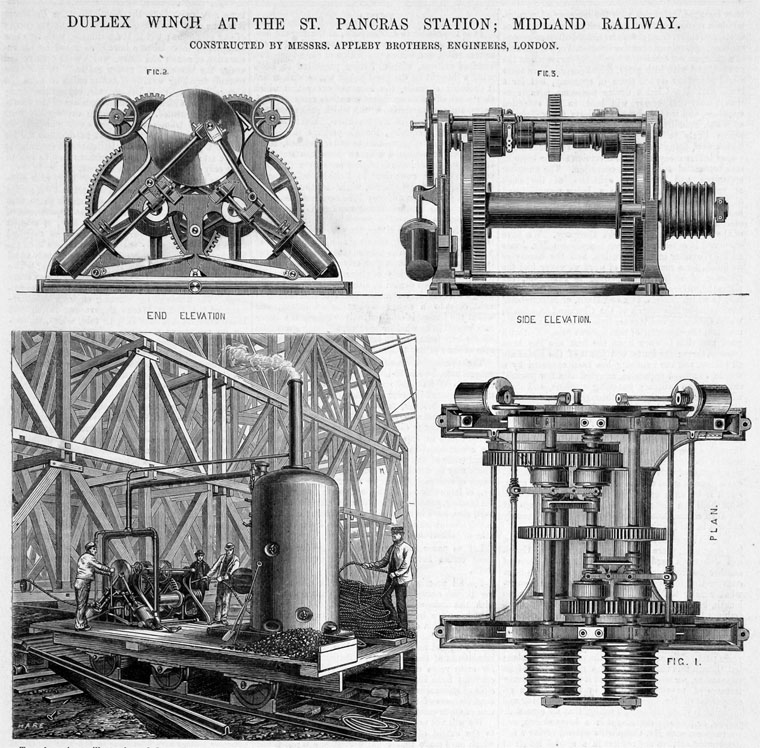 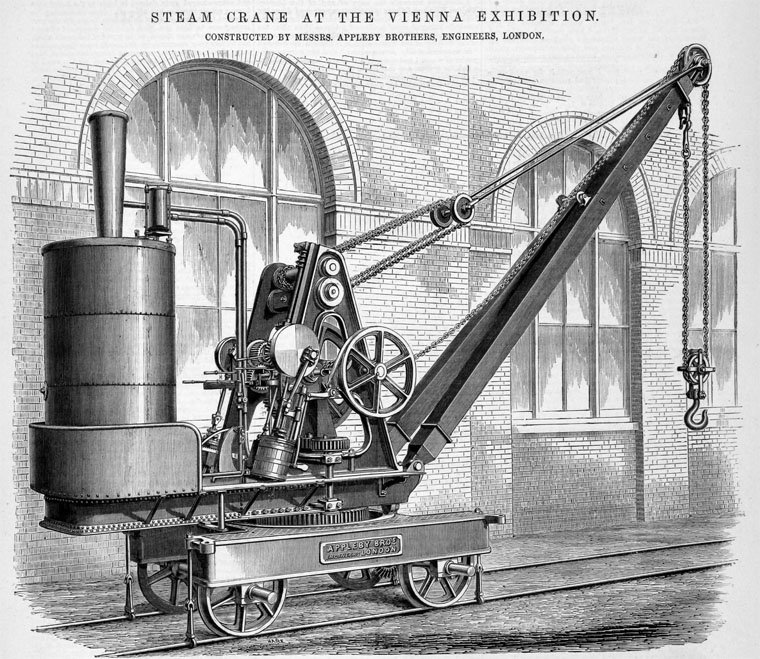 1873. Steam Crane at The Vienna Exhibition. 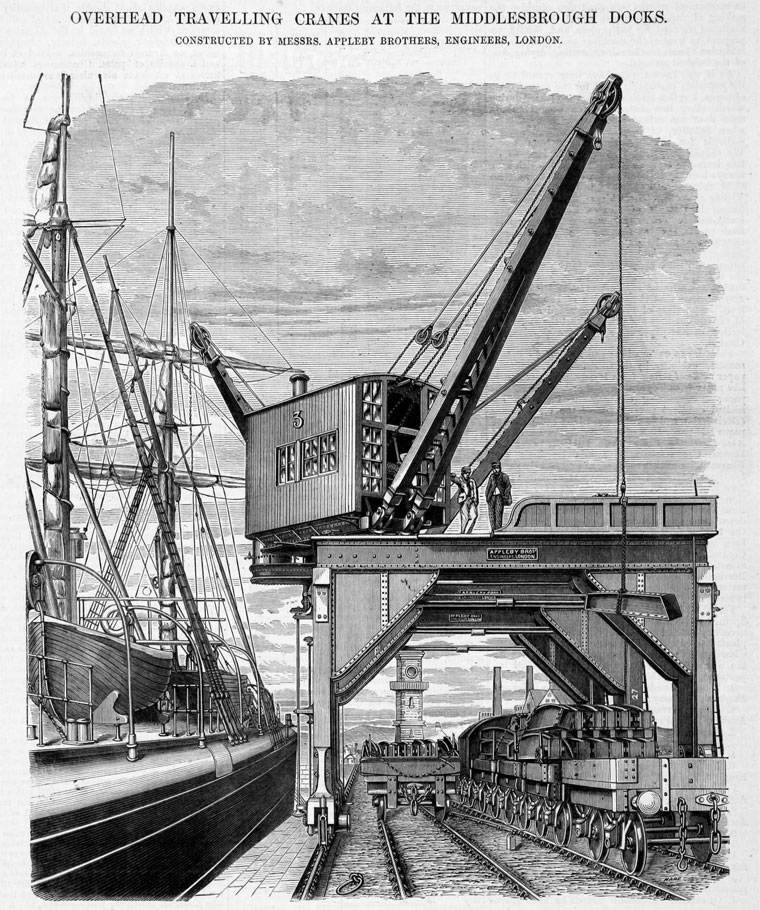 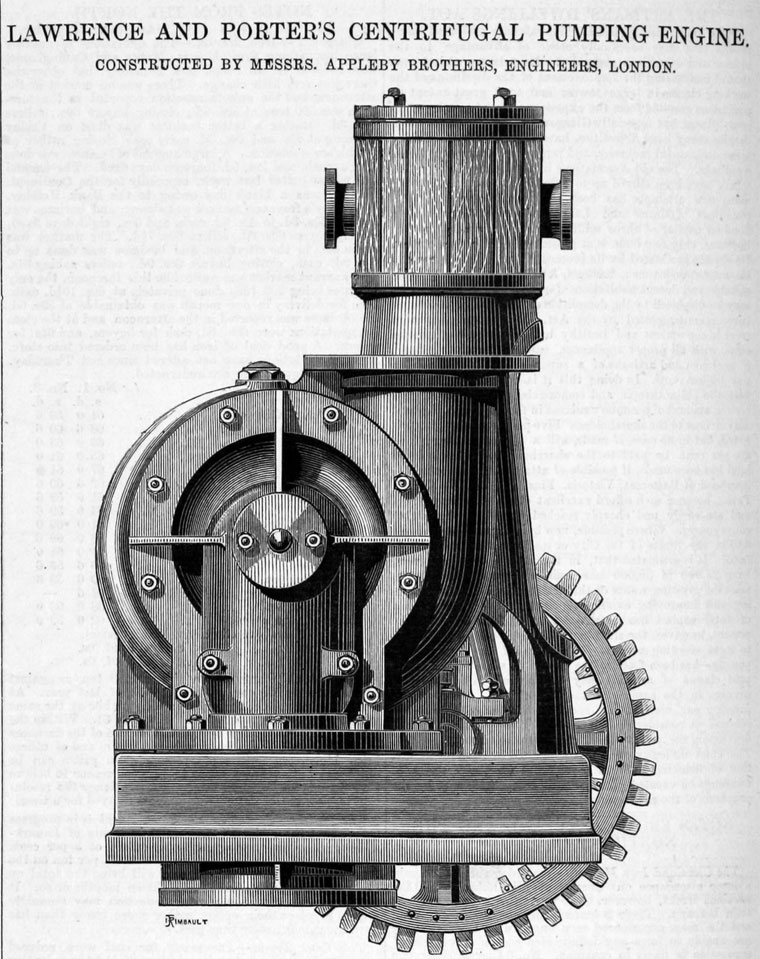 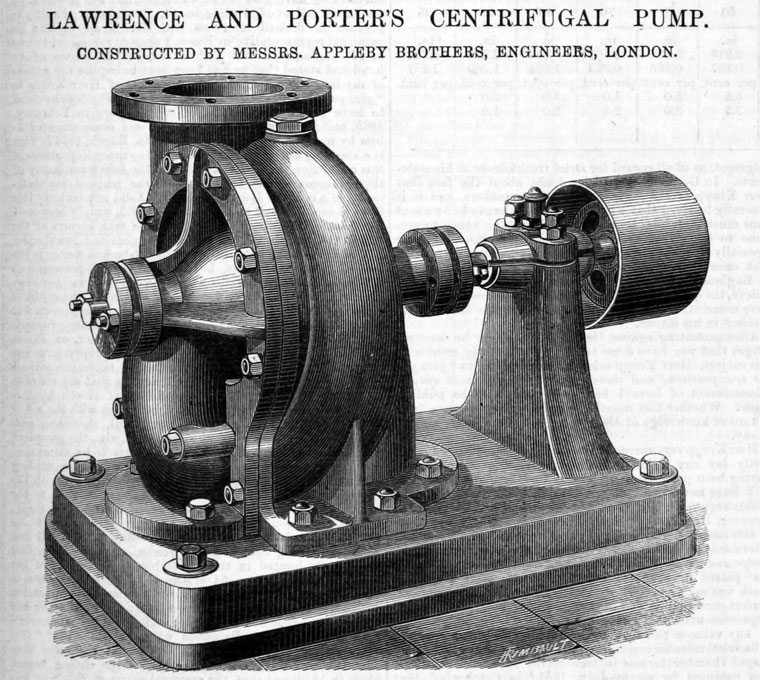 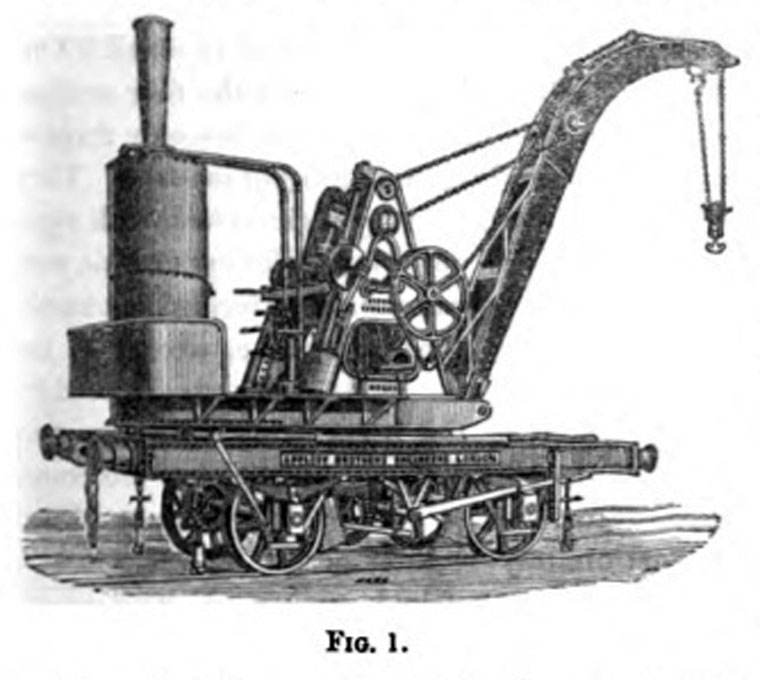 1876. Portable Steam Crane designed for railway work dealing with loads up to 3 tons.[1] 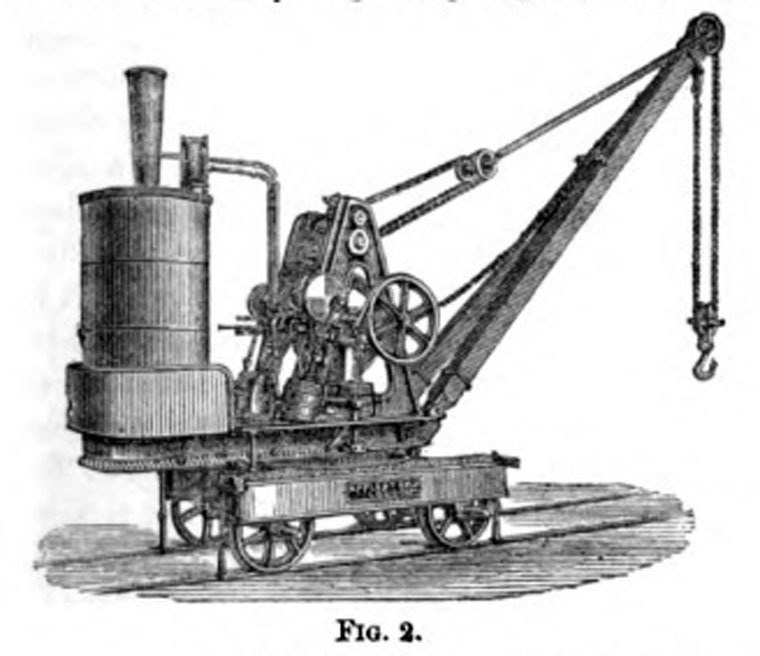 Overhead crane at the Museum of the Great Western Railway, Swindon 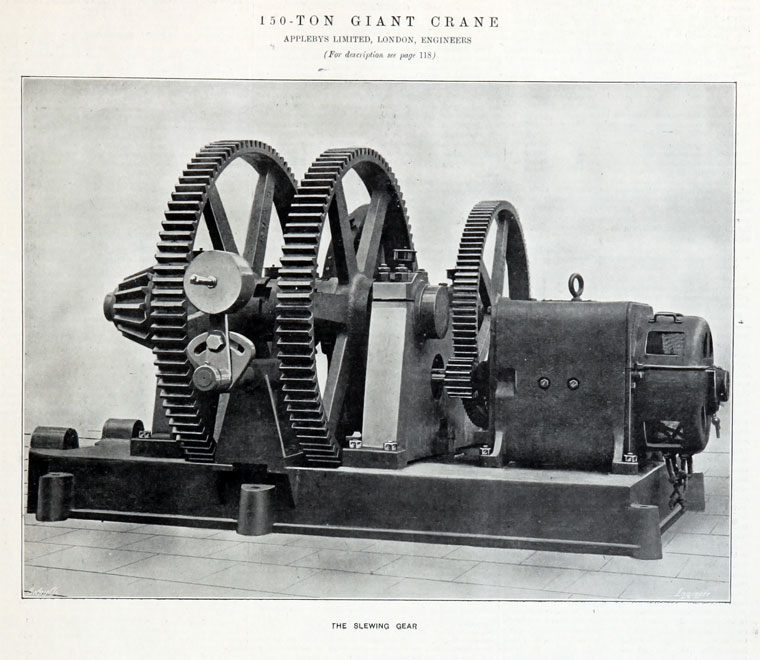 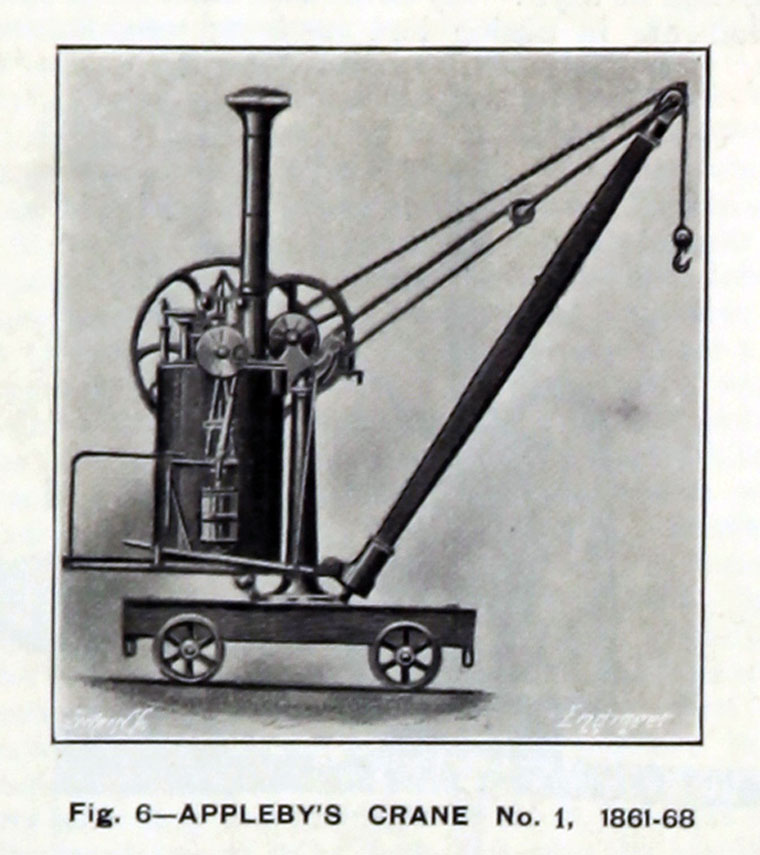 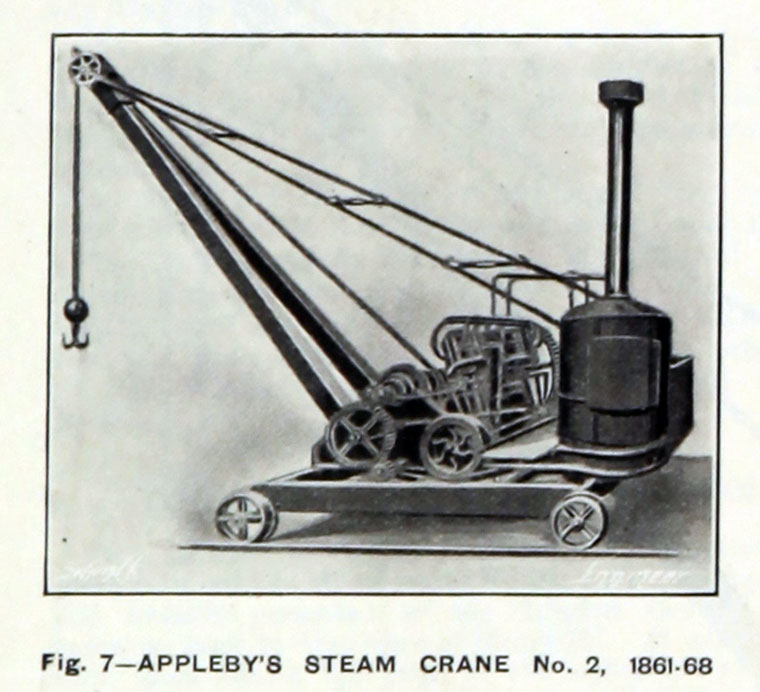 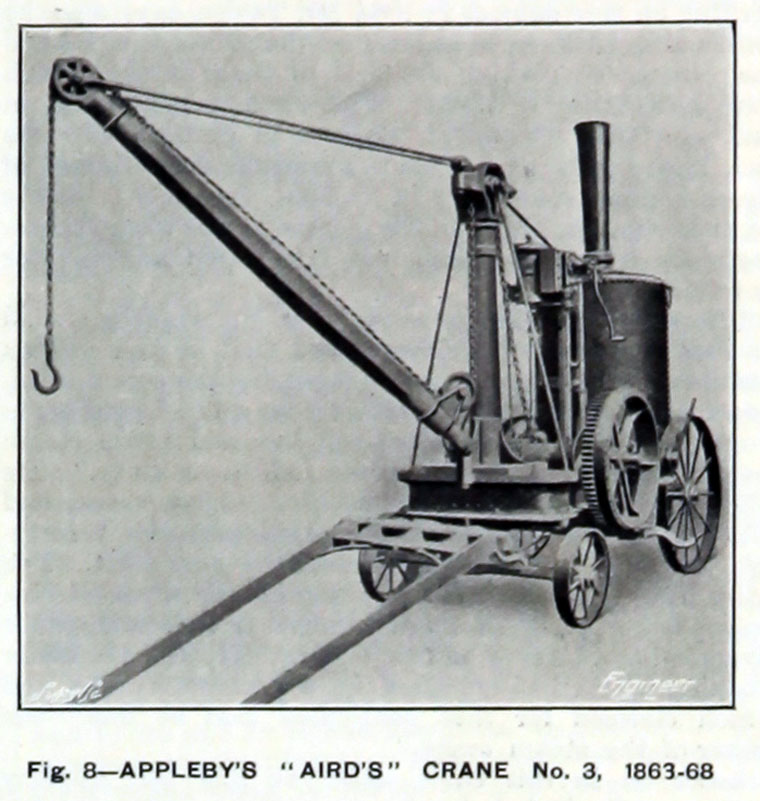 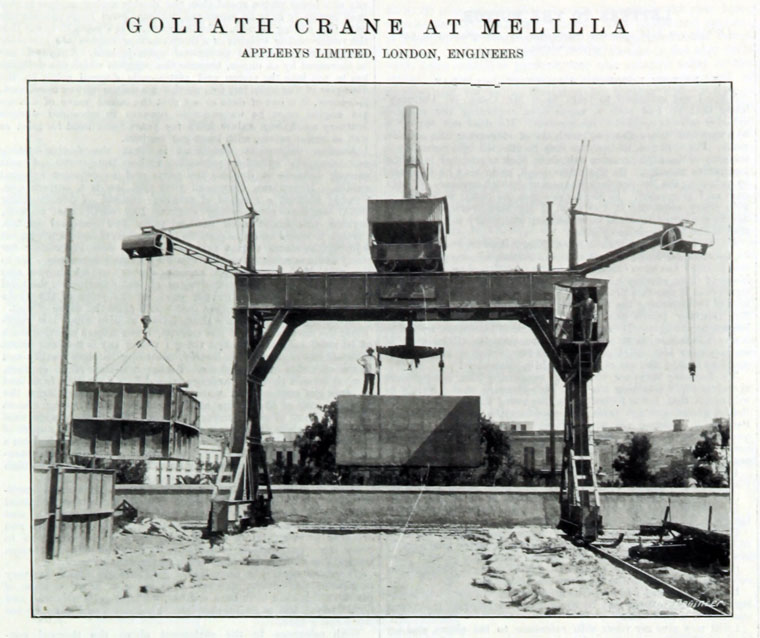 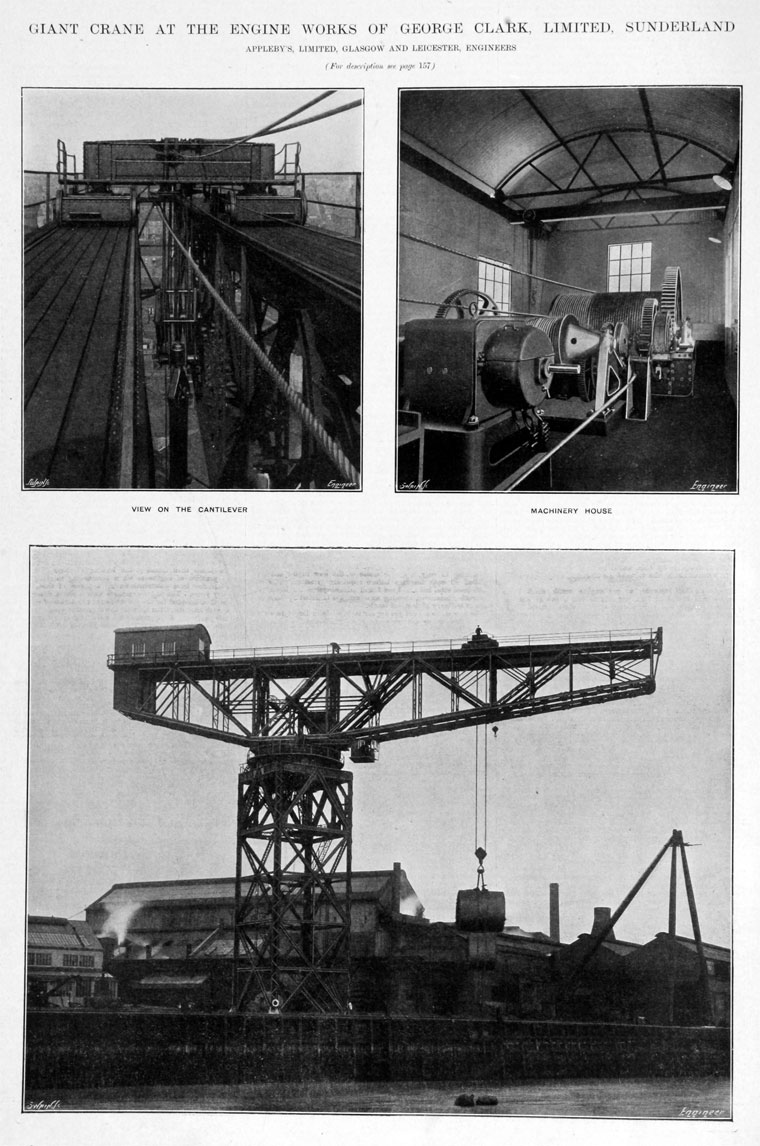 1858 Charles James Appleby set up business in London; he was joined about a year later by his brother Thomas Hodgson Appleby

1866 The works moved to East Greenwich.

1867 Constructed a steam fire-engine for use on the Mystery under the direction of Mr. Edward A. J. Buckland; the engine would be capable of delivering 500 gallons/minute to a height of 150ft.[3]

c.1908 Jessop and Appleby Brothers amalgamated with the Glasgow Electric Crane and Hoist Co and the Temperley Transporter Co, trading as Applebys[10]

1908 Appleby's Ltd of Glasgow, Leicester and London, were commissioned to provide the crane for a floating crane being constructed by Vickers, Sons and Maxim for harbour of Montreal. Also supplying a crane for the fitting out basin of Yarrow and Co at Scotstoun[11].

1910 Appleby's Ltd went into voluntary liquidation, to be refinanced under the name The Appleby Crane and Transporter Co Ltd. Later that year the company was taken over by Messrs Arrol[12]. The Leicester works was sold by Arrol in 1912 [13]