Grace's Guide is the leading source of historical information on industry and manufacturing in Britain. This web publication contains 140,275 pages of information and 227,382 images on early companies, their products and the people who designed and built them. 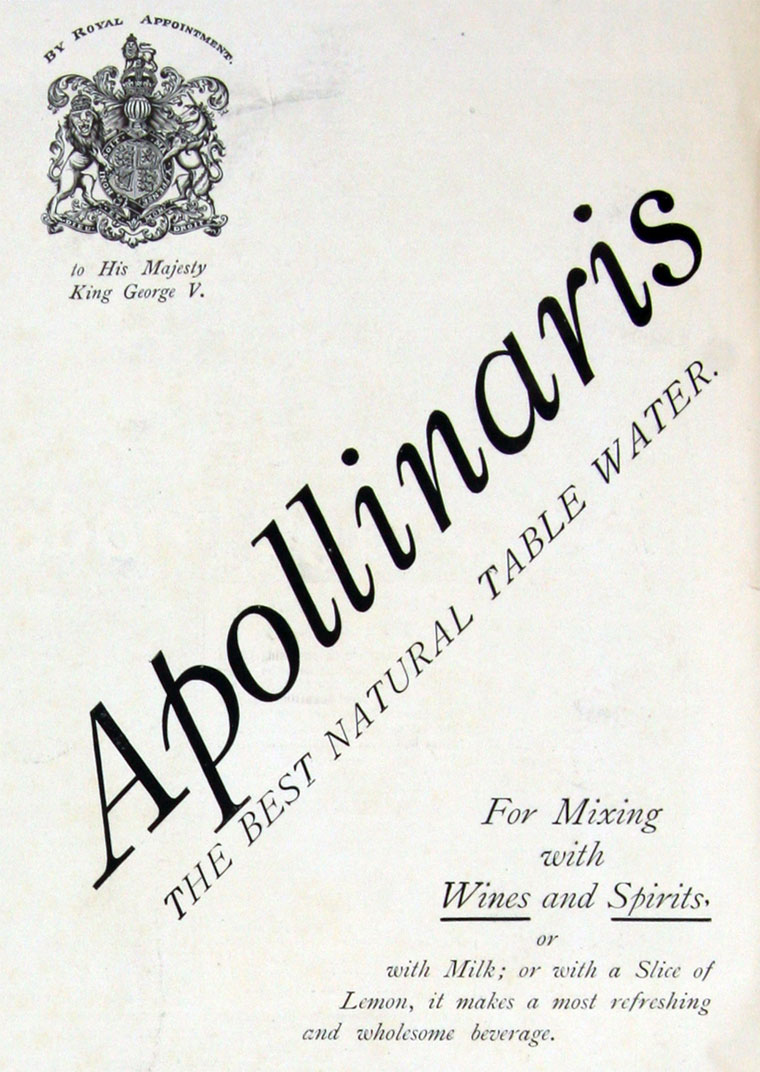 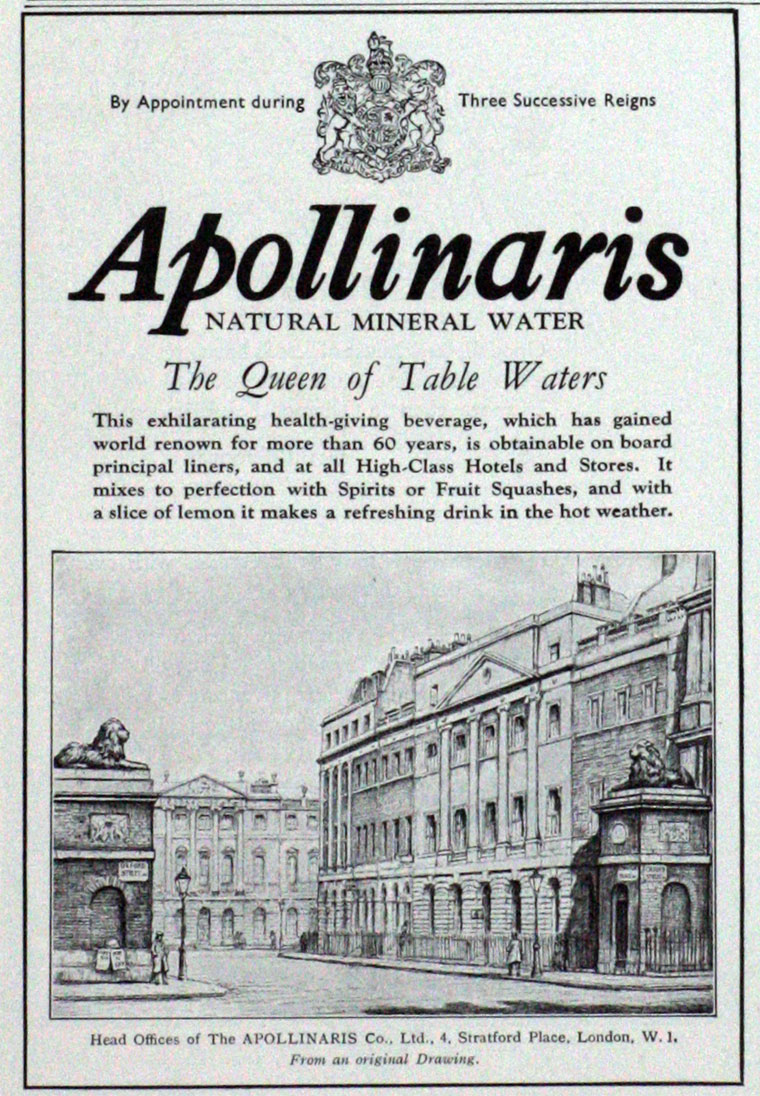 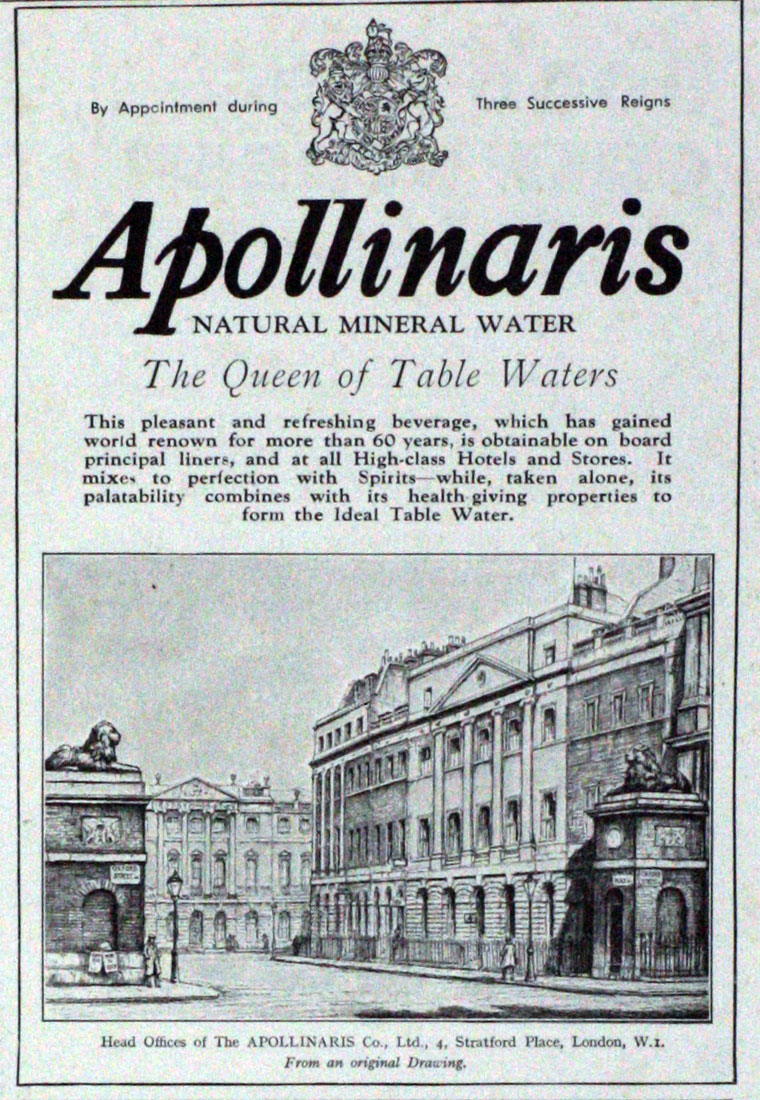 1852 "Apollinaris" water has been sourced from a spring in Bad Neuenahr, Germany, after it was discovered by a vintner called Georg Kreuzberg, from Ahrweiler in Germany. [1]

1853 George Kreuzberg began to sell the water from the spring he had discovered.

1874 Eduard Steinkopff, a German who moved to London receives the rights for sale of Apollinaris to some export countries.

1878 Steinkopf takes over all the international sales business and the "Apollinaris Company Limited" is founded in London.

1881 10 millions jugs and bottles of the water were sold every year.

1895 Apollinaris registers the red triangle and the claim "The Queen of Tabler Waters" as trademarks.

1897 Frederick Gordon, an English hotel group, acquired the companies in both England and Germany.

1900 Apollinaris is already internationally well-known and with a turn over of more than 40 million fillings per annum it is one of the most successful enterprises of the time.

1937 The firm was renting a large warehouse close to the River Thames immediately east of St. Katharine's Dock. They also had a large warehouse on the south bank of the Thames next to Cherry Garden Pier. This warehouse featured a small projecting corrugated iron-clad building containing two gas-fired boilers, providing steam for four small wall cranes.[2]

1991 Schweppes of Germany and Apollinaris merged.