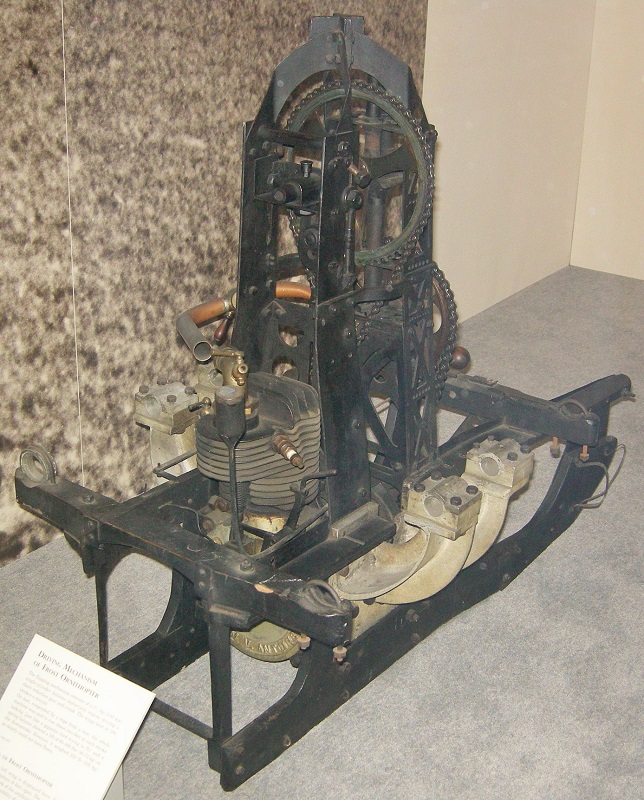 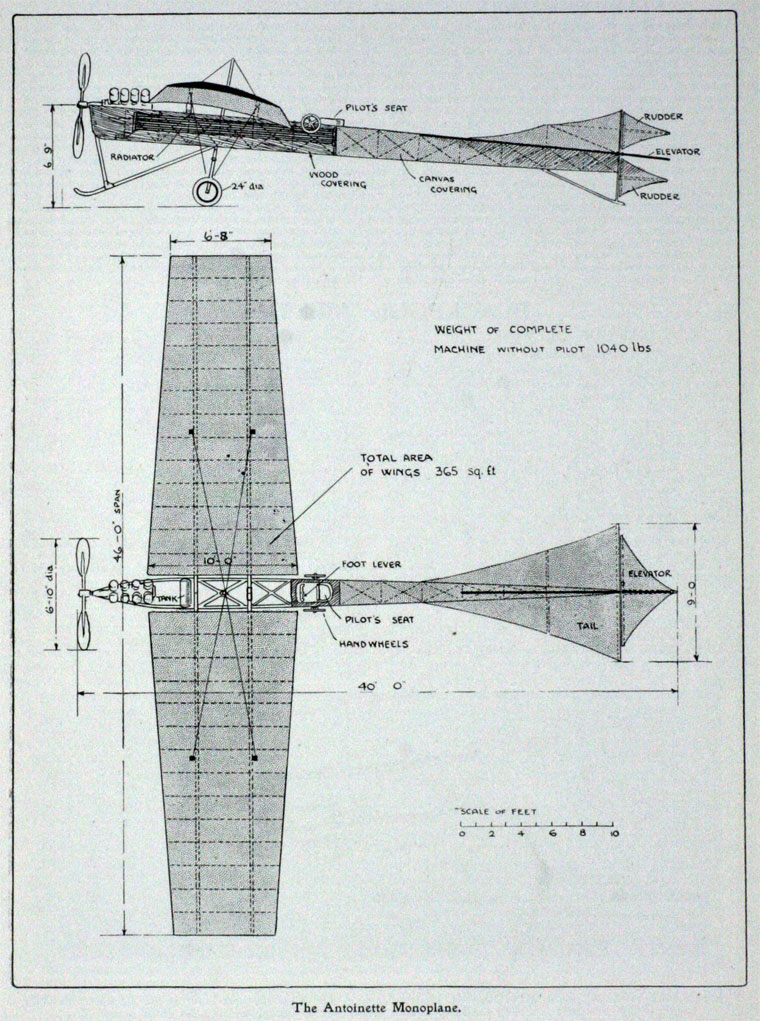 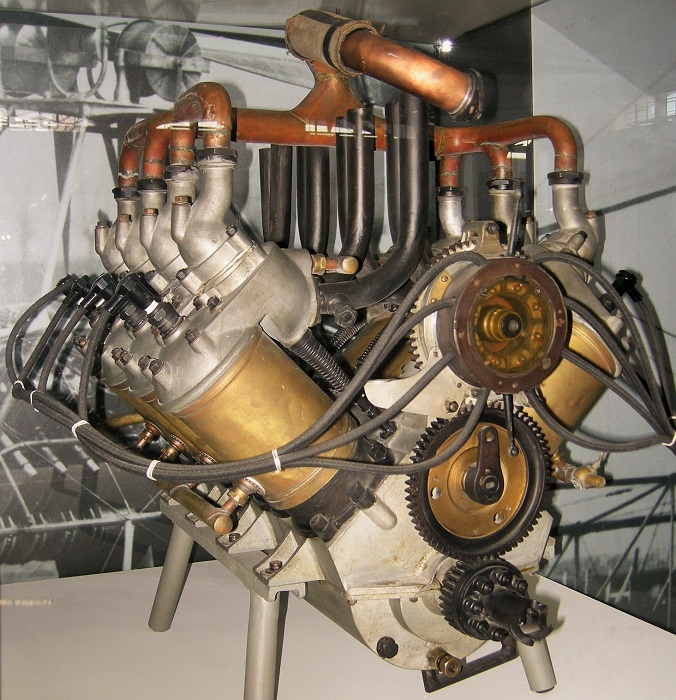 Aintoinette aero engine at Milan Museum of Science and Technology

The company, La Société Antoinette, led by Léon Levavasseur (1863-1922) and financed by Jules Gastambide, was incorporated in 1906 and based in Puteaux. Gastambide was president, Levavasseur was technical director, and Louis Blériot was, for a time, the vice-president. Antoinette was the name of Gastambide's daughter.

The company displayed a car at the 1906 Paris Salon de l'Automobile, having a 32hp V-8 engine and hydraulic clutches, instead of a gearbox and differential.

The following year, a 4 cylinder 16hp engine and then a 30hp V-8 engine were also made available by "Antoinette". The last and most powerful "Antoinette" engine was a V-16 developing 100 horsepower. It was mounted on an Antoinette VII monoplane in 1910 in order to compete in the Gordon-Bennett Cup. Antoinette engines were also installed in fast boats built for racing purposes.

In January 1908, a Voisin pusher biplane modified and piloted by Henri Farman successfully completed Europe's first 1 kilometre circular flight, landing where it had taken off. This Farman-Voisin biplane was powered by a water cooled Antoinette V-8 engine which developed 50 horsepower at 1,400 RPM. It used an early form of direct petrol injection and weighed only 190 pounds in working order, including the water-filled cooling system. Its power-to-weight ratio was not surpassed for another 25 years.

In 1906, Antoinette's 25- and 50-horsepower engines gave European aviation its start.

An Antoinette engine powered Hubert Latham's monoplane for his attempted English Channel crossing on July 19th 1909. Vibration caused fracture of a copper fuel pipe, forcing him to ditch his plane halfway to the English coast.

Bleriot's monoplane succeeded a few days later, on July 25th 1909, largely thanks to a much simpler and more reliable 25hp air-cooled Anzani 3W radial engine. It was only in 1909, with the advent of the 50hp Gnome Omega rotary engine, that early flyers like Henri Farman gained a superb and distinctly more reliable French aero engine as an option.

In 1907, an "Antoinette" engine powered the first true helicopter, designed by Paul Cornu.

1908 The evaporative engine cooling system was refined by the addition of condensers to each side of the fuselage of the Antoinette IV aircraft.[1] [2]

An 'Antoinette' engine powered the first Cody plane in 1908

This was a remarkably advanced engine, first produced in 1904. It had an aluminium crankcase and cylinder heads, and separate cast iron cylinders with electrolytically-deposited copper cooling jackets. Evaporative cooling system. By 1909 cylinders and heads were machined from steel forgings. Opposite pairs of cylinders were offset so that pairs of connecting rods could share a crankpin. A variable stroke pump injected fuel into a pocket in the head of each cylinder, from where it was drawn into its cylinder as a fine spray when the automatic inlet valve opened.[3] [4]