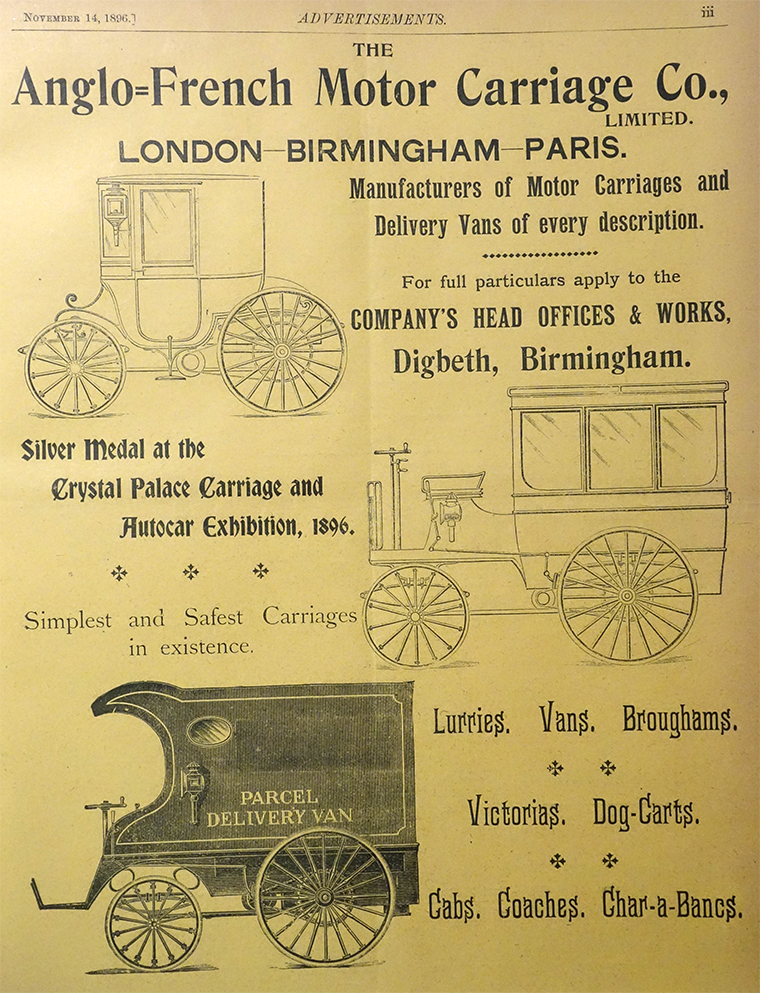 The Anglo-French was an English automobile manufactured by Leon L'Hollier's Anglo-French Motor Carriage Company of Birmingham from 1896 to 1897; the cars were basically Roger-Benz vehicles modified for the British market.

1897 July. Images and details of their new premises on Digbeth.[3]

1898 November. Company in difficulties and their stock of sixteen finished and part finished cars to be auctioned.[5]