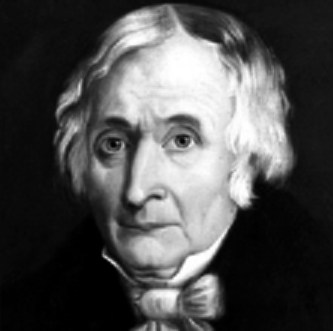 Andrew Vivian (1759-1842) was a Cornish mechanical engineer, inventor, and mine captain of the famous Dolcoath Mine in Cornwall.

1759 Born at Vellansaundry second son of John Vivian and his wife Anne. His younger brother was Henry Vivian

1790 In business supplying candles, leather and other mining requirements

1795 Manager of Stray Park Mine near Camborne

1797 Richard Trevithick installed his first high-pressure steam-puffer engine at the Wheal Seal-hole Mine on St. Agnes Head in competition with the Watt low-pressure steam-vacuum engine. Two rocks of unequal size, a mile from the land, were from that time called Captain Dick and Captain Andrew, after Trevithick and his companion Captain Andrew Vivian[1].

1798 As manager and with Richard Trevithick as engineer, persuaded the shareholders of Dolcoath Mine to re-open the mine.

In partnership with his cousin Richard Trevithick, the inventor of "high pressure" steam engines, and the entrepreneur Davies Giddy, Vivian financed the production of the first steam carriage and was granted a joint patent for high pressure engines for stationary and locomotive use in March 1802.

1801 or 1802 When a little boy, Mr. John Vivian, later of St. Ives Consols Mine, carried the pay-money to his uncle, Andrew Vivian, for men working Trevithick's new high-pressure whim-engine in Stray Park Mine.

In 1801 Richard Trevithick completed his first full-sized road locomotive in Camborne, demonstrating it to the public on Christmas Eve with Vivian at the controls. The first day it ran about the streets and up the very steep Beacon Hill. The next day it went down to the village of Crane so that Vivian's family, who lived there, might see it.

In a further trial, one week later, the machine overturned in a rut. It was dragged into a shed while Trevithick and Vivian had lunch at a nearby inn; on their return the boiler had run dry, setting fire to the machine's timber frame.

In 1802 he took out a joint patent with Richard Trevithick and William West for a high-pressure steam-engine.

A second locomotive was tried in Camborne and, at the beginning of 1803, in London. It was shipped to London in the Little Catherine, a temporary packet commanded by John Vivian (1784-1871), nephew of Andrew Vivian.

In August 1803, Mr. Felton, of Leather Lane, London, was paid for building the coachwork. William West assembled the machine, under the supervision of Trevithick and Vivian. It ran successfully, although receiving surprisingly little lasting public attention, but again the state of the road surfaces of the time put paid to the enterprise: the carriage was put out of action with a twisted frame. In the face of this setback Vivian withdrew from the partnership.

1805 In May, Vivian was in London negotiating the sale of his share in the patent, which he eventually sold to Samuel Homfray or to Mr Bill. His young son, also Andrew, died that year

1806 Andrew Vivian wrote a letter from Camborne which included remarks about enginers for the Weith mine. Some parts were available and his cousin Simon Vivian (2) was making the tubes.

1810 H. Harvey wrote to his wife from Hayle Foundry, to the effect that Captain Andrew Vivian had been offered £150 a year to inspect all the engines in the county, and report what duty they were doing, in order to stimulate the engineers. He declined but thought it would be worth drawing to Trevithick's attention, as it would not take him more than a day or two a month.

By 1811 was manager of Wheal Abraham

1815 Richard Trevithick's brother-in-law, Harvey, with his once friend, Andrew Vivian, then a partner with Harvey, opposed Trevithick's plans for using his high pressure enginer at the Herland Mine. They may have been annoyed at Trevithick's sending his orders for castings and machinery to Bridgenorth, and may have had doubts of the success of the new inventions.