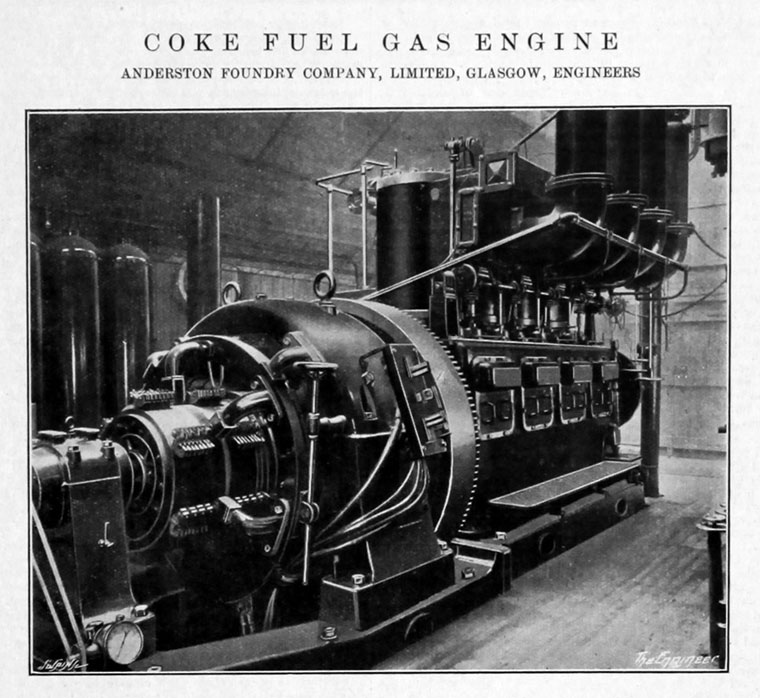 of Glasgow, and Port Clarence, Middlesborough.

c.1850 The company Houldsworth and Sons became known as the Anderston Foundry Co.

The foundry grew into one of the largest, its owners having become ironmasters just as the hot blast and improved railway communication were combining to make it a really profitable business.

1874 Expansion to Middlesbrough: "a further employer of labour entered the locality, the Anderston Foundry Company. This firm set up on the North bank of the Tees, to the West of the ferry landing, where the Middlesbrough-Clarence ferry discharged and took passengers. The foundry manufactured all kinds of railway equipment. It would appear that the bulk of Anderston’s workforce came from Middlesbrough on the ferry"[1]

1884 Incorporated as a limited company.