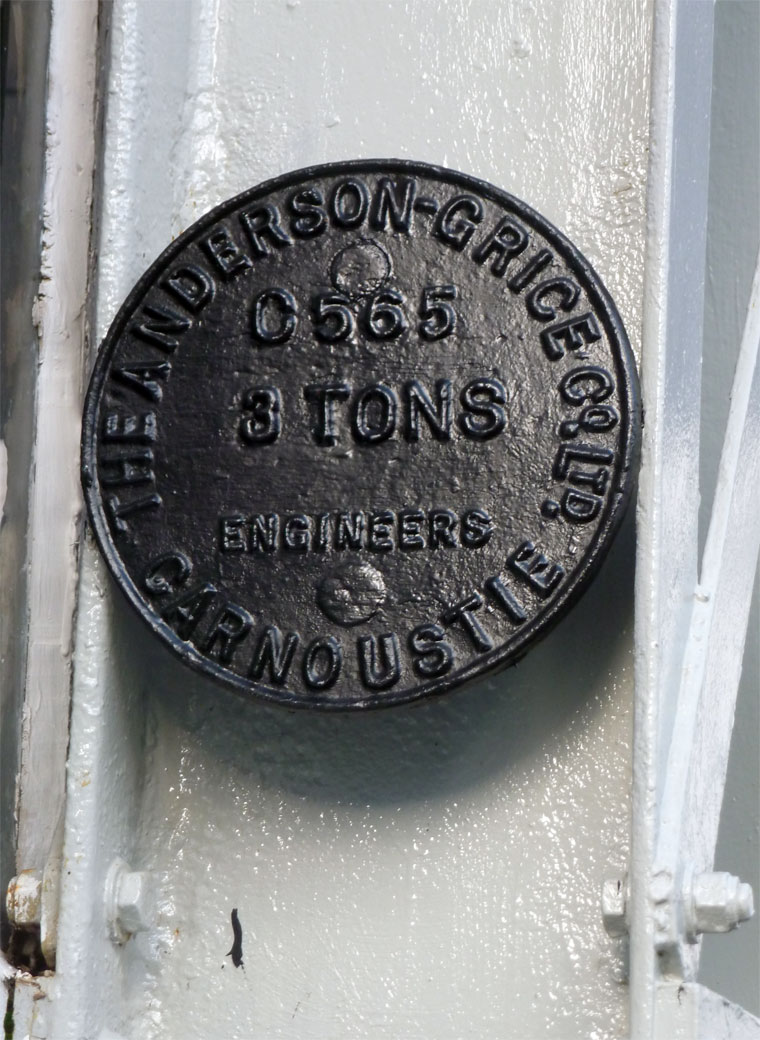 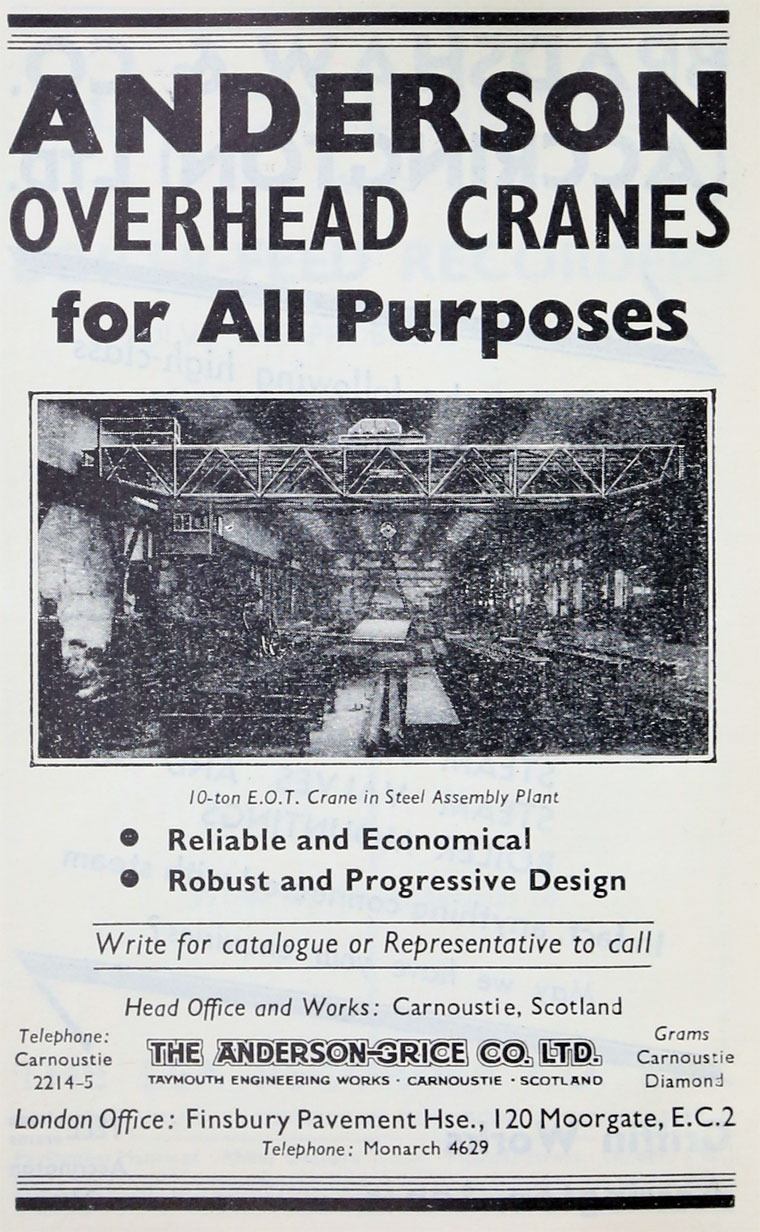 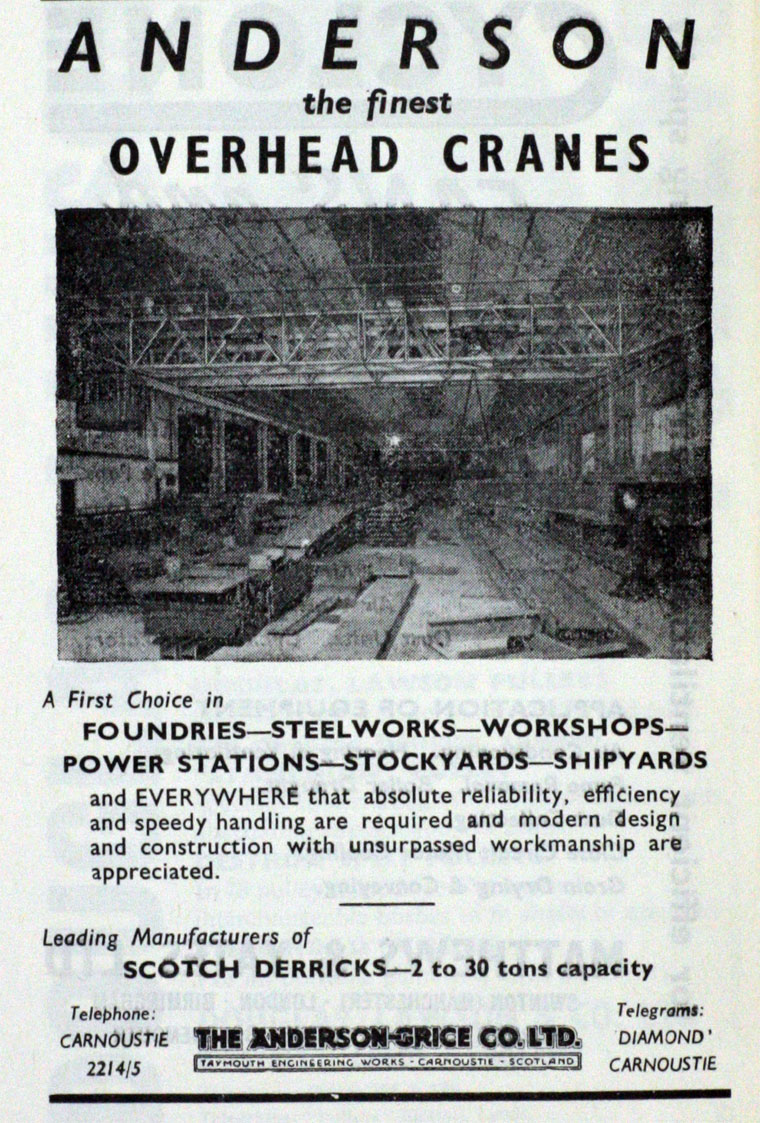 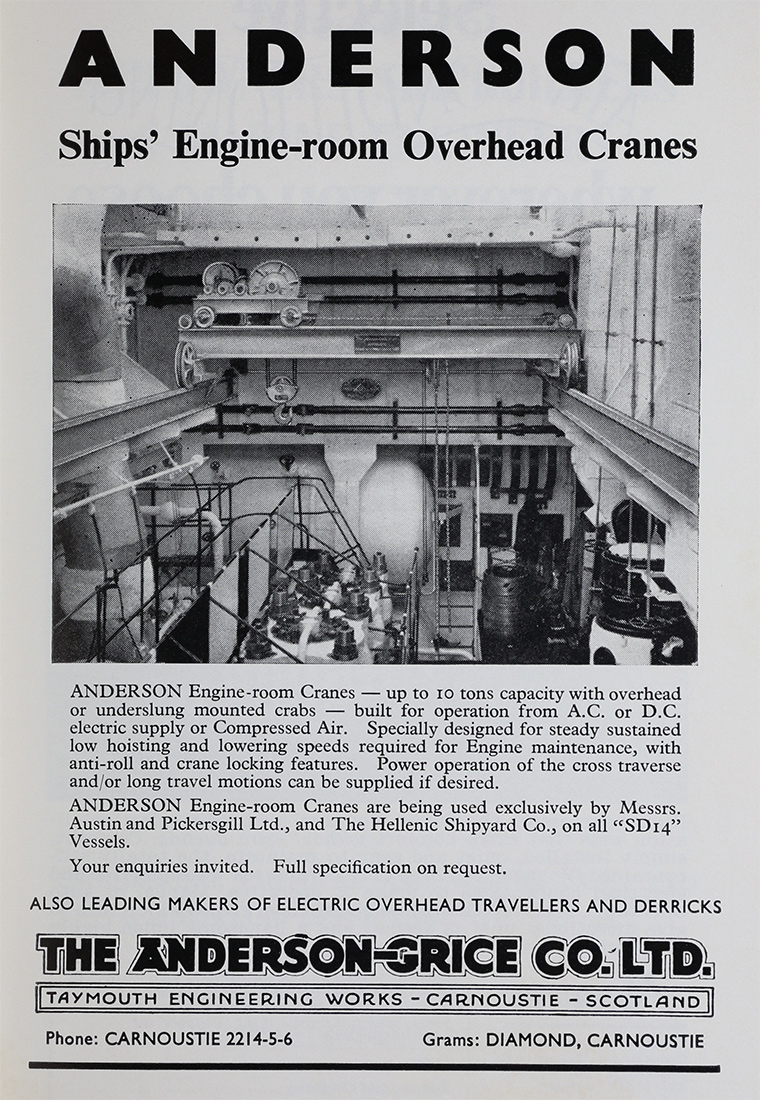 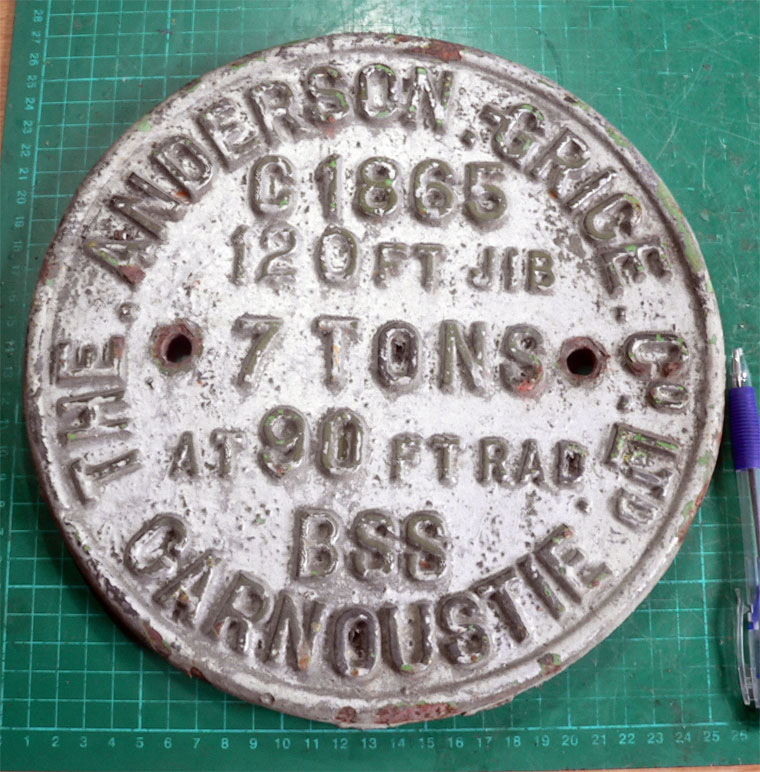 Plaque off a 7-ton crane #1865 with a 120ft jib and 90ft radius. BSS. Did this mean supplied to British Steam Specialties?

The main products of the company were varieties of cutting machinery, but they also produced a variety of other mechanical devices including cranes and the Dalhousie motor car (1906 to 1910).

1875 George Anderson established business at the Arbroath Foundry in Dickfield Street, Arbroath. He was an excellent engineer and familiar with the needs of the quarry industry. His foundry specialised in cranes, stone cutting and planing machinery.

By 1886 the foundry had out grown the Dickfield Street premises and larger ones were sought. Anderson began to relocate the business to the neighbouring town of Carnoustie where the former Taymouth Linen Works was vacant, located next to the Dundee and Arbroath Joint Railway. The move was completed by 1898. Presumably as George Anderson and Co

Between 1906 and 1910 they built a small number of cars. The Dalhousie cars never achieved full-scale production.

A main product of the company continued to be cutting machinery. They earned a worldwide reputation for their skills. Some of the uses to which Anderson-Grice products were put included salvaging German battleships from Scapa Flow and building many harbour facilities in Britain and abroad.

By 1922 Anderson-Grice Co seems to have concentrated on cranes.