1908. Coal Cutter. Exhibit at the Summerlee Museum of Industrial Life. 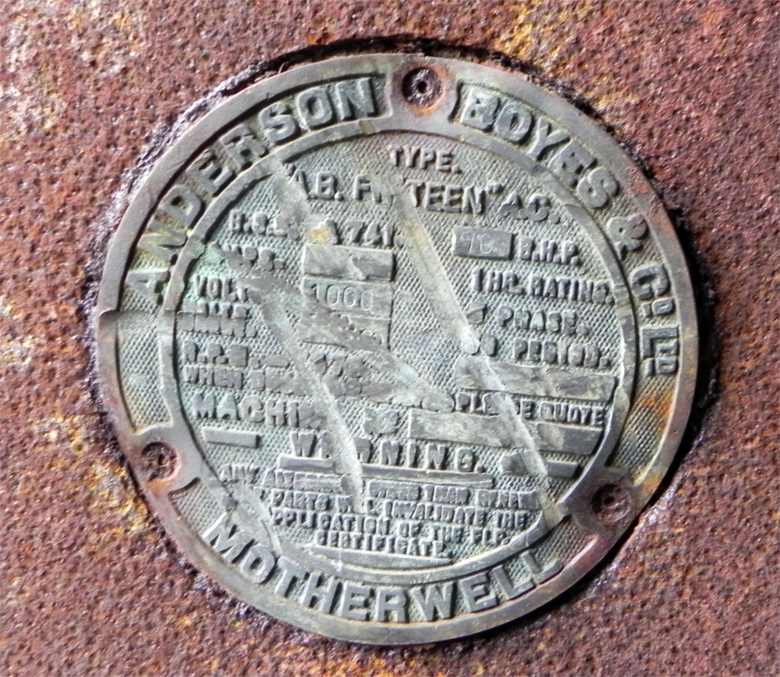 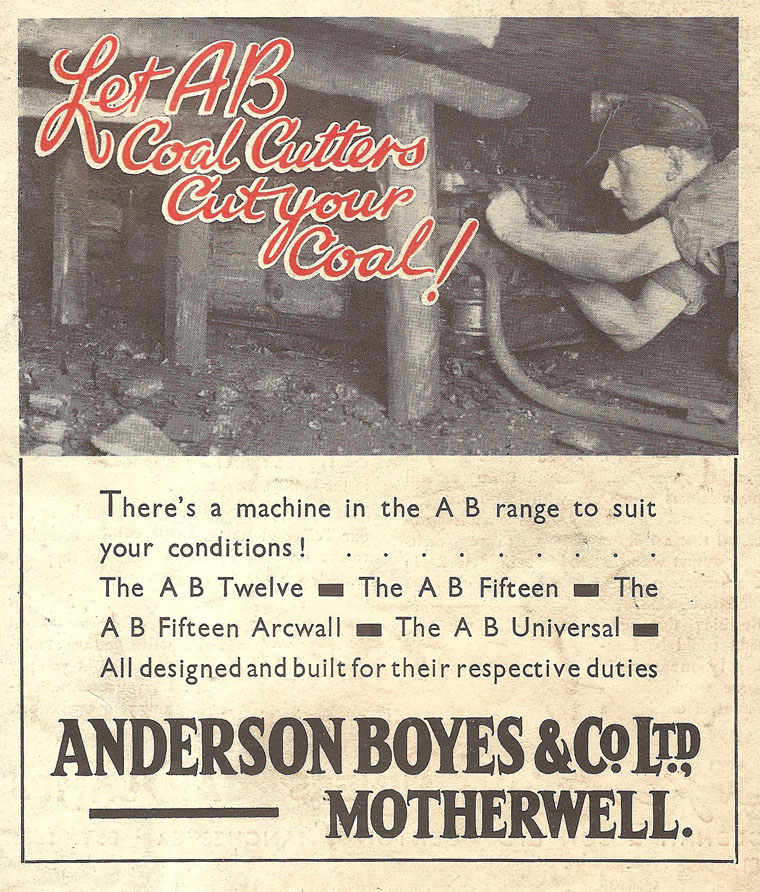 About 1945 the company became the first manufacturer of effective longwall cutter loaders, which were the first machines capable both of cutting the coal and loading it on to the belt conveyor. The introduction of the armoured face conveyor into UK mines in the late 1940s enabled continuous mining.

Early 1950s: Anderson Boyes developed the trepanner to meet the NCB's need for a power loader capable of producing the large coal required by the industry's customers. The company also provided the basic concept from which the NCB developed and patented the principle of the Anderton shearer loader, which was the forerunner of the modern shearer. Licences for its manufacture were given by the NCB to Eickhoff and British Jeffrey Diamond as well as to Anderson Strathclyde.

1966 Anderson Boyes merged with Mavor and Coulson under the name of Anderson Mavor Ltd. Rationalisation of activities began

1971 Integration of the two companies' trading took place. The principal products became the power loader and, to a lesser extent, the roadheader. The merged company continued to play a major role in the mechanisation of coal winning by the NCB, particularly over the 1960s.