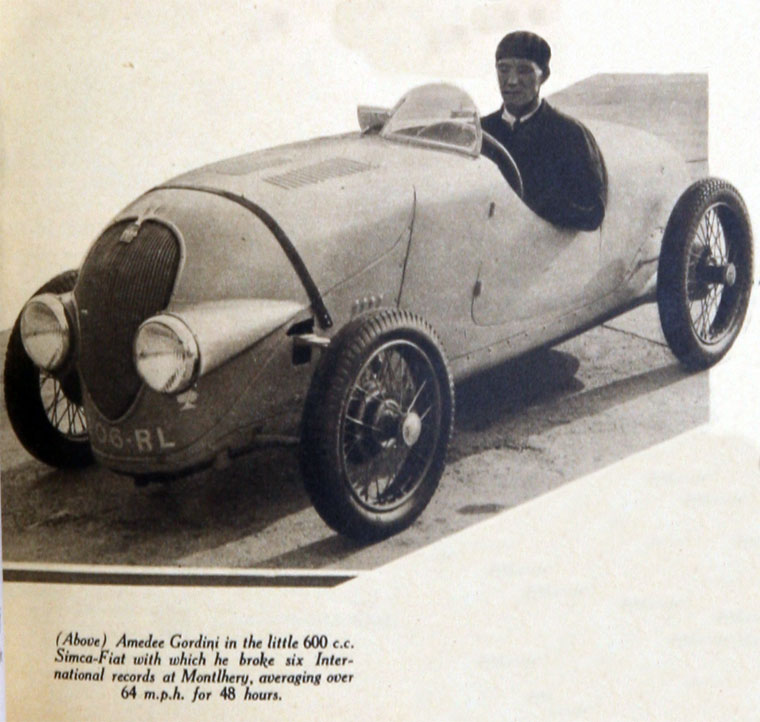 Gordini was born in Bazzano, Province of Bologna in the Emilia-Romagna region of northern Italy. He was a young boy when he became fascinated with automobiles and racing. In his early teens, he worked as a mechanic for Alfieri Maserati. After serving in the Italian army during World War I, in 1926 he settled in Paris, France and raced cars for FIAT in Grand Prix motor racing events and at the 24 hours of Le Mans.

In the 1930s he joined with Simca to improve their engines and eventually founded the Gordini Co to build a line of sports cars for racing. In the 1940s, his son Aldo Gordini joined his racing team as a mechanic and occasional driver.

The Musée National de l'Automobile de Mulhouse in Mulhouse, France featuring the (Schlumpf Collection) has in its collection Grand Prix and road racing cars of the Gordini brand. Exhibits include a type 16 Grand Prix from 1954, a single seater type 32 from 1956 and the Gordini 26 S, the car driven by the famous French authoress Françoise Sagan.

After World War II, obtaining financial support for racing became increasingly difficult and Gordini's long relationship with Simca ended in 1956. However, the Renault car company engaged him and Gordini notably developed the Renault Caravelle, Renault 5 Alpine Turbo, Renault 8, Renault 12 and the Renault 17 amongst others.

In 1953 the government of France awarded Amédée Gordini the Legion of Honor.

Amédée Gordini died in 1979 in Paris and was buried in the Montmartre Cemetery. [1]