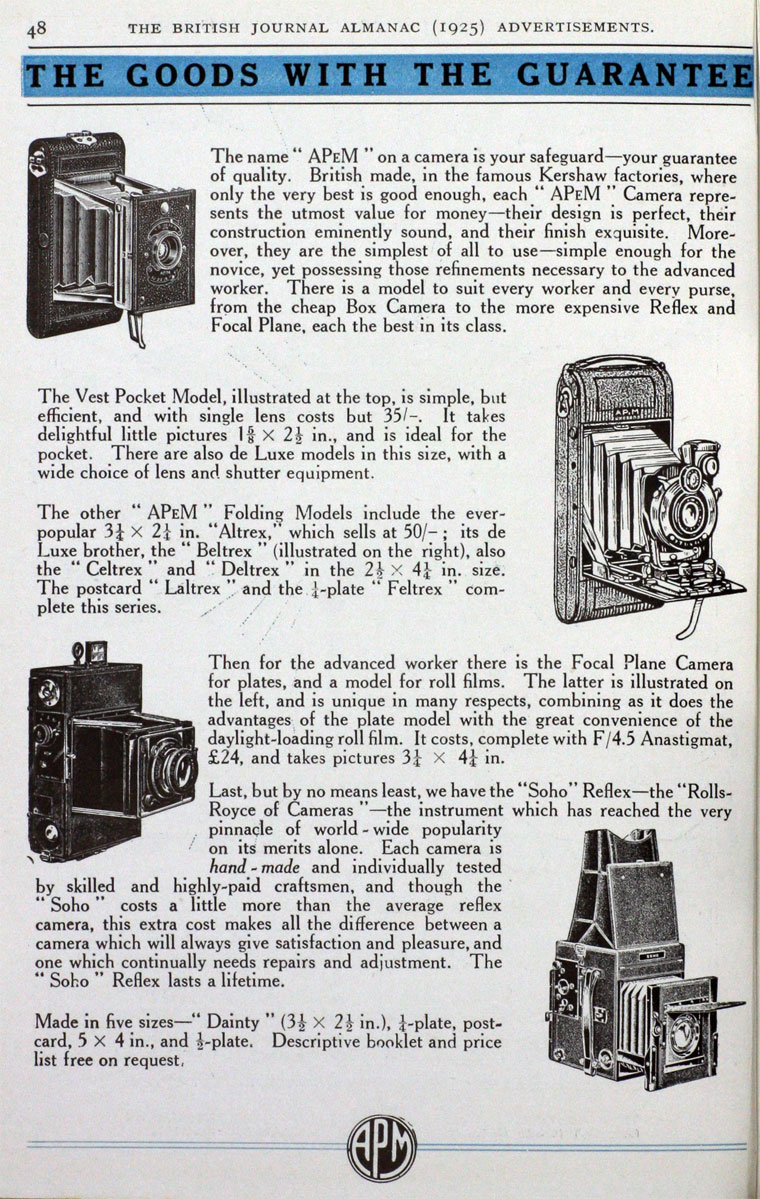 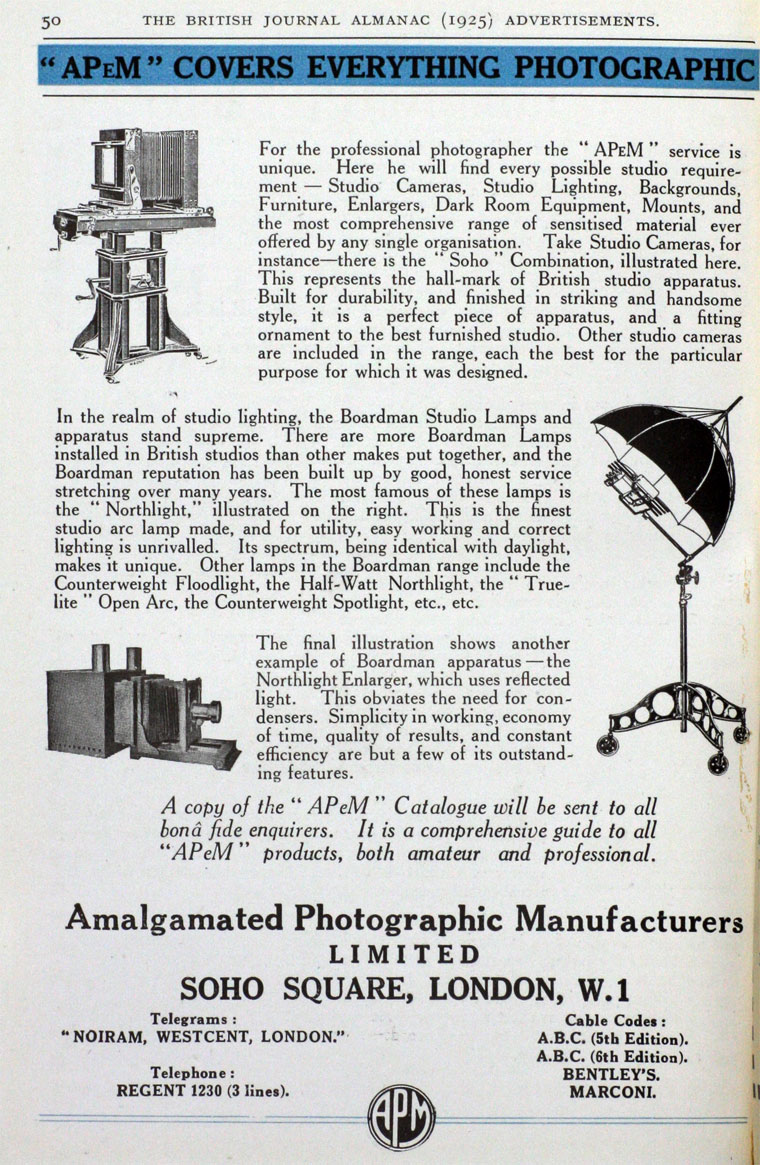 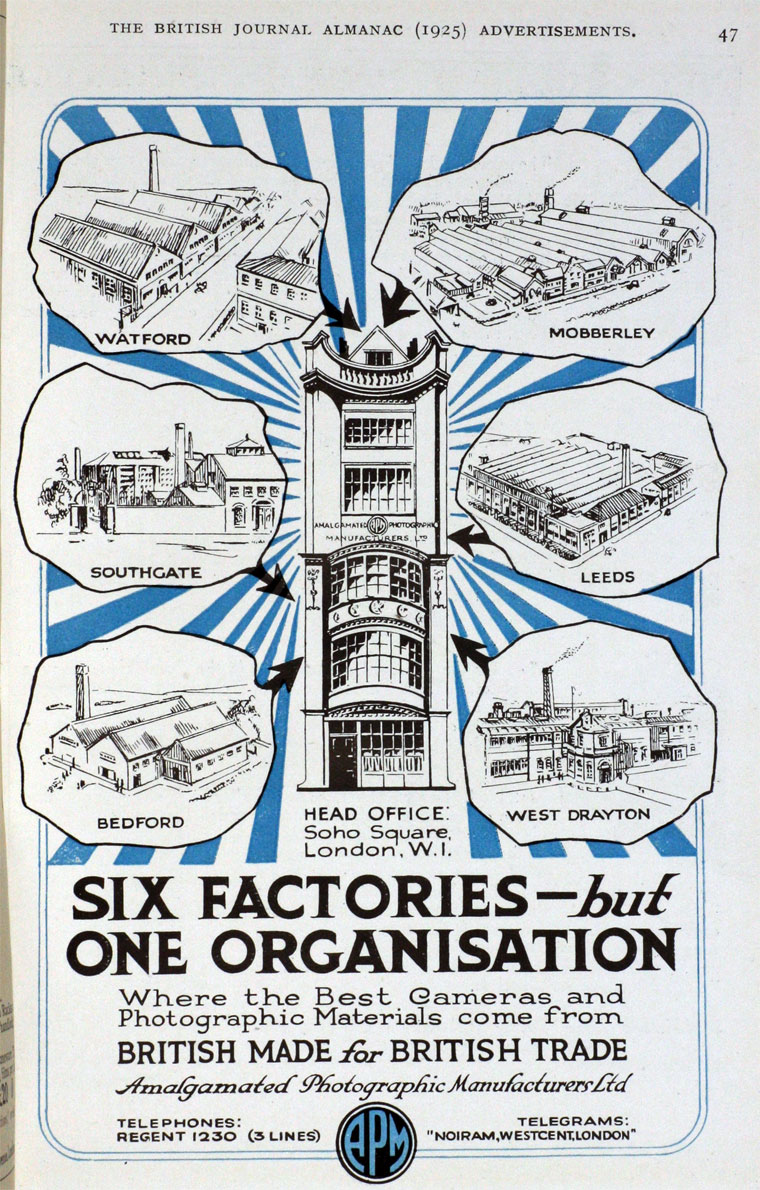 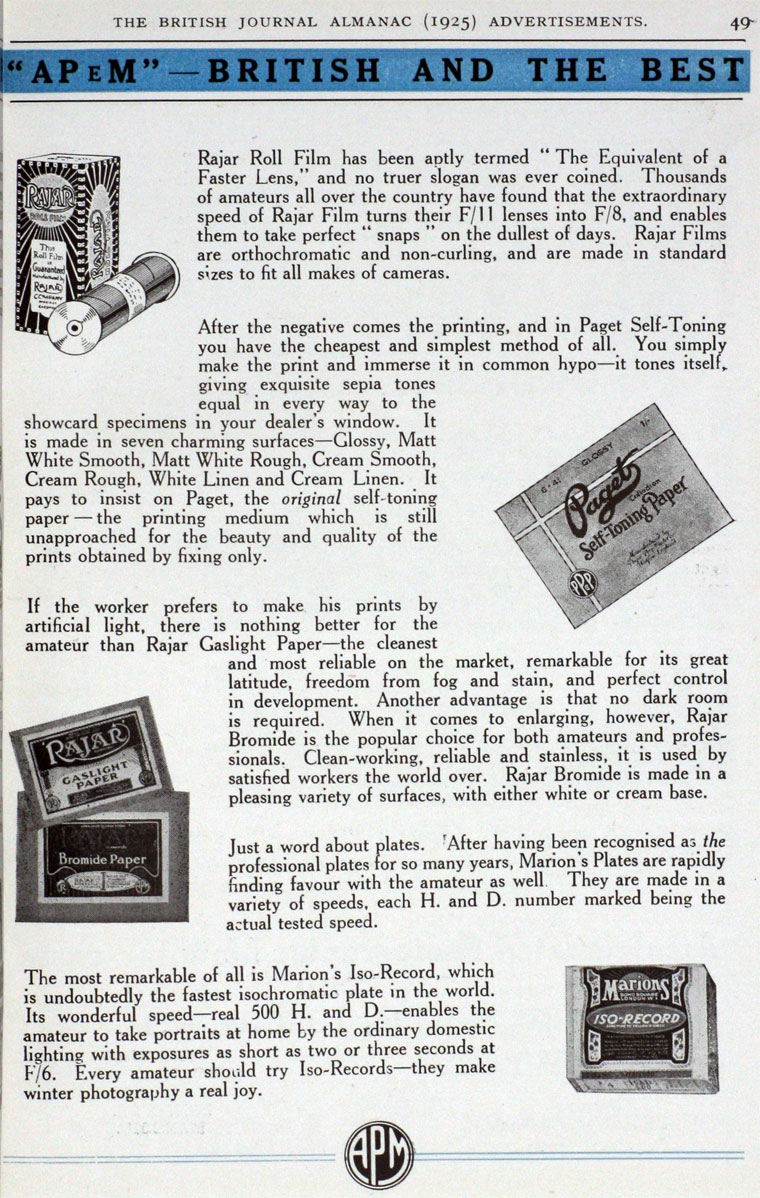 1920 The 'Selo' company was formed for joint R and D, and the sensitising of roll films in Woodman Road, Brentwood, Essex, by Ilford, Imperial, Gem and a consortium of seven other UK manufacturers, that eventually took the umbrella name of Amalgamated Photographic Manufacturers.

By 1927 Ilford had bought a controlling interest in all the other firms concerned in Selo (among them Thomas Illingworth and Co).

1928 Four of the seven members of APM, all being the ones who made sensitised materials, became APeM Ltd (Amalgamated Photographic Equipment Manufacturers) and subsequently became part of Ilford (though Rotary had already joined with Rajar in 1917).

The other part of APM were camera manufacturers Kershaw Optical Co, A. Kershaw and Son and Marion and Foulger which became Kershaw-Soho Ltd.