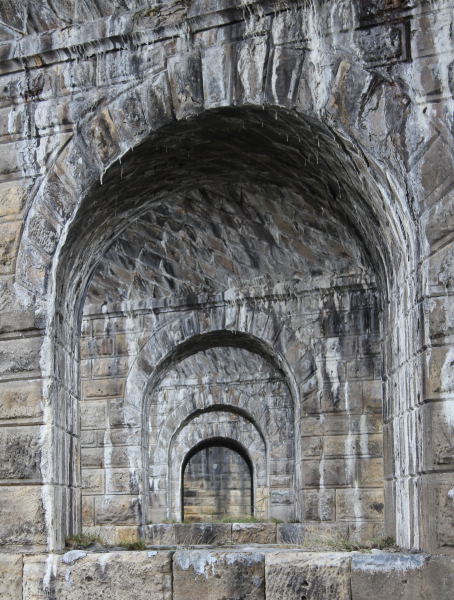 This might appear to be a second-rate oil painting, but it is an unedited photo!

A challenge for the mason: the first oblique vousoir stone is carved integral with part of the cutwater, spandrel, and impost moulding

There appears to be a fault in the arch, perhaps caused by insufficient overlap of the blocks?

over the River South Tyne in Haltwhistle, Northumberland.

It is a railway viaduct with six main arches, the four over the river being skewed.

The piers standing in the river are pierced by arched openings, which were originally intended to be linked by a pedestrian walkway across the river.[1]

1851-2 Built for the Alston branch of the Newcastle and Carlisle Railway.

2006 Restored by the North Pennines Heritage Trust, and reopened as part of a pedestrian footpath.