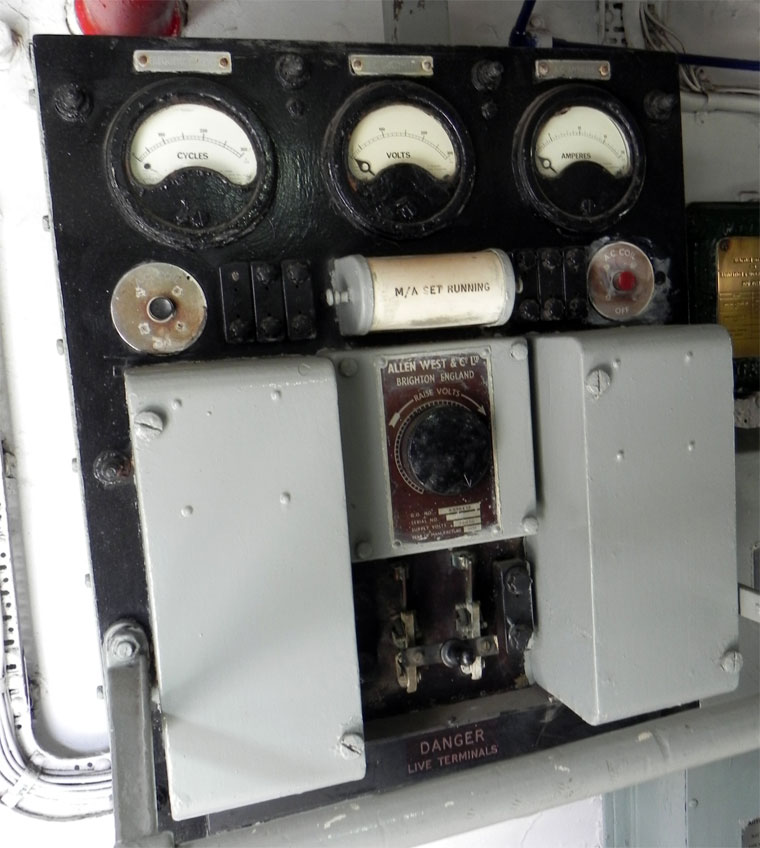 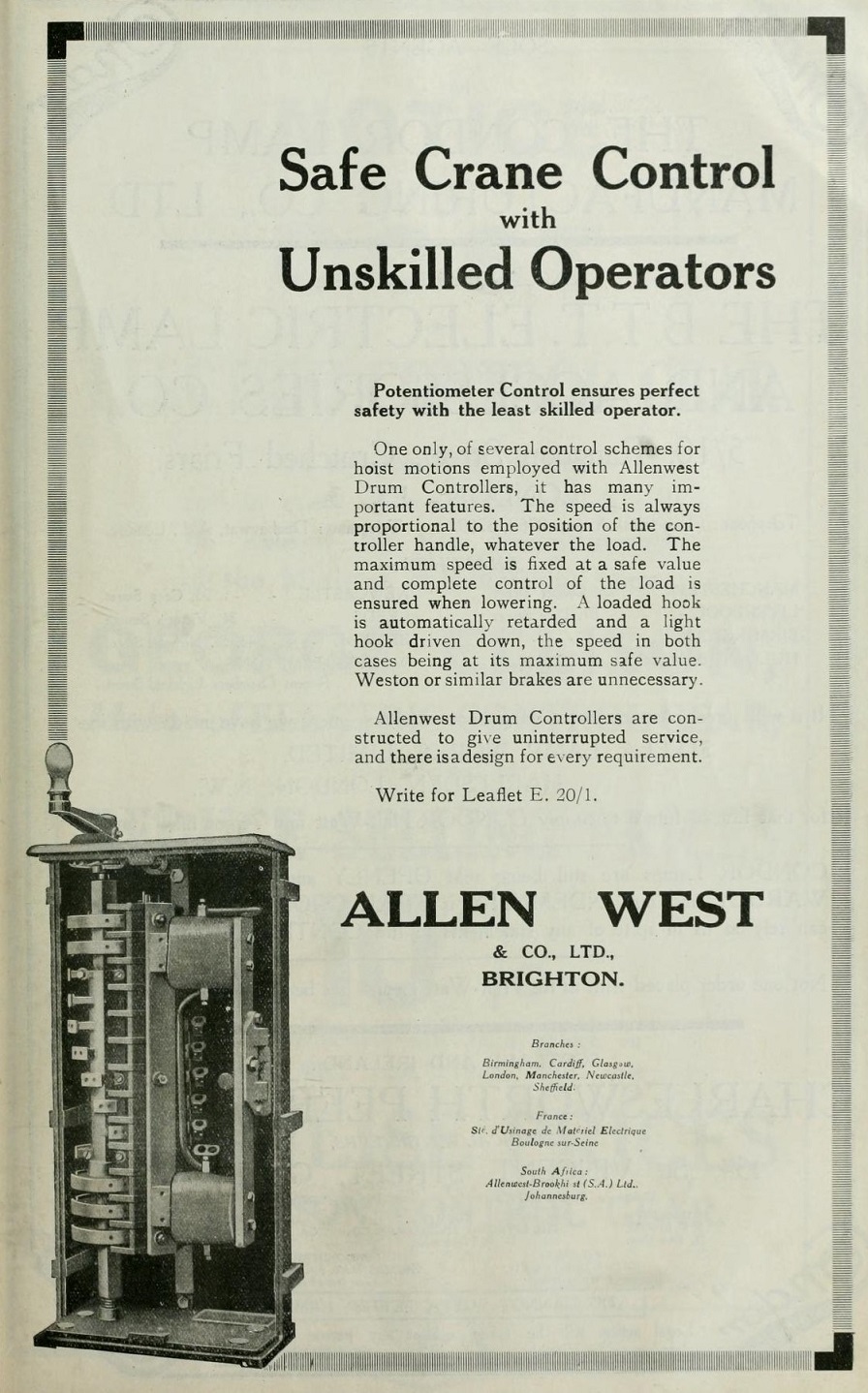 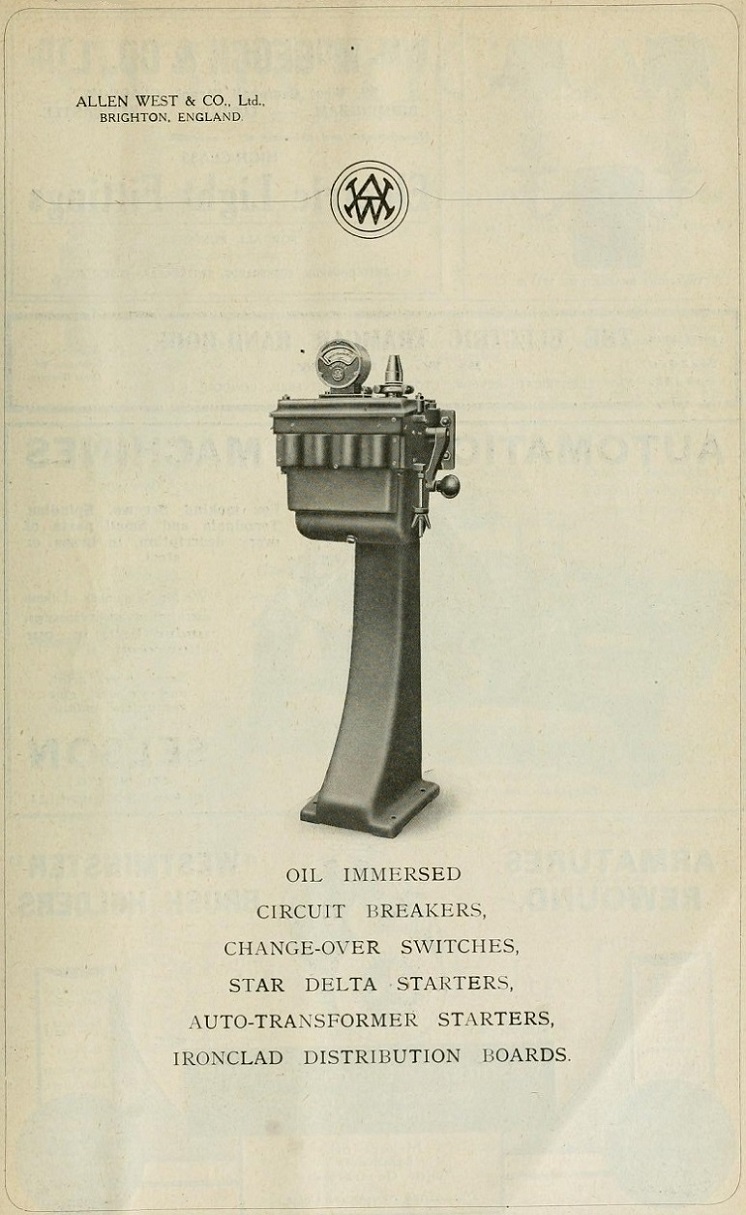 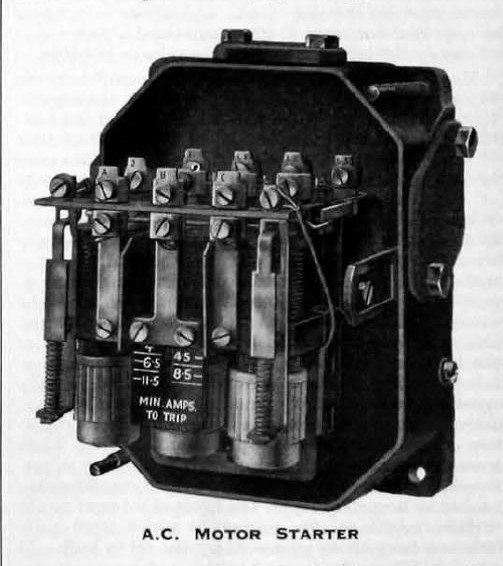 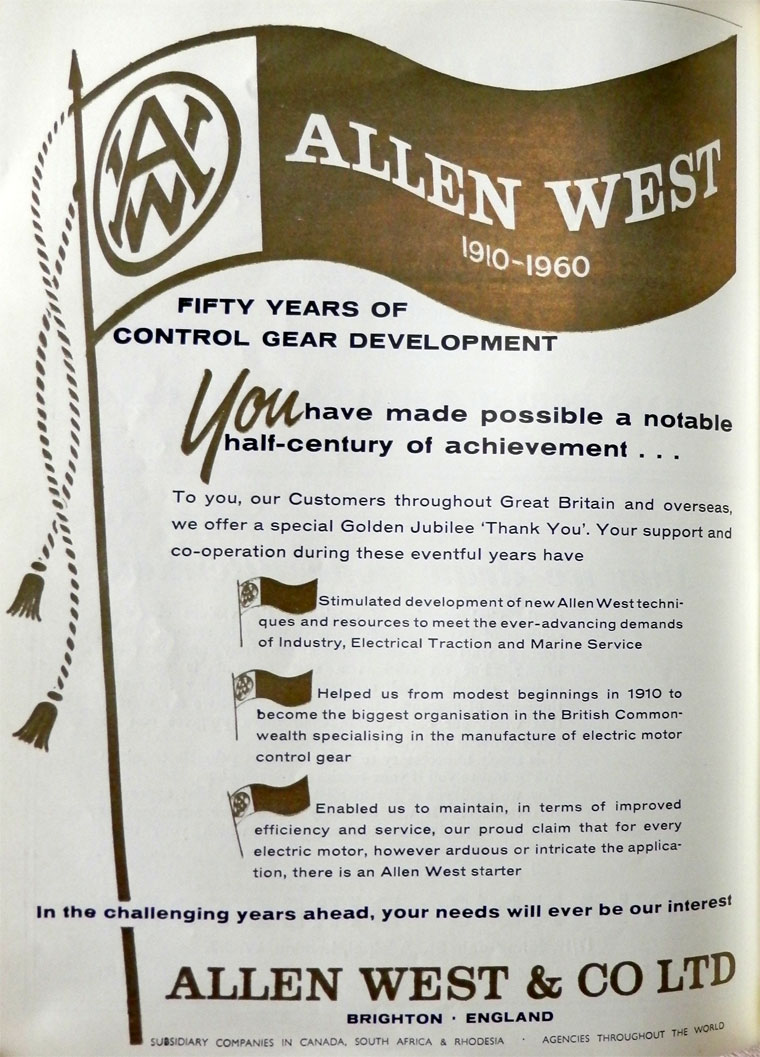 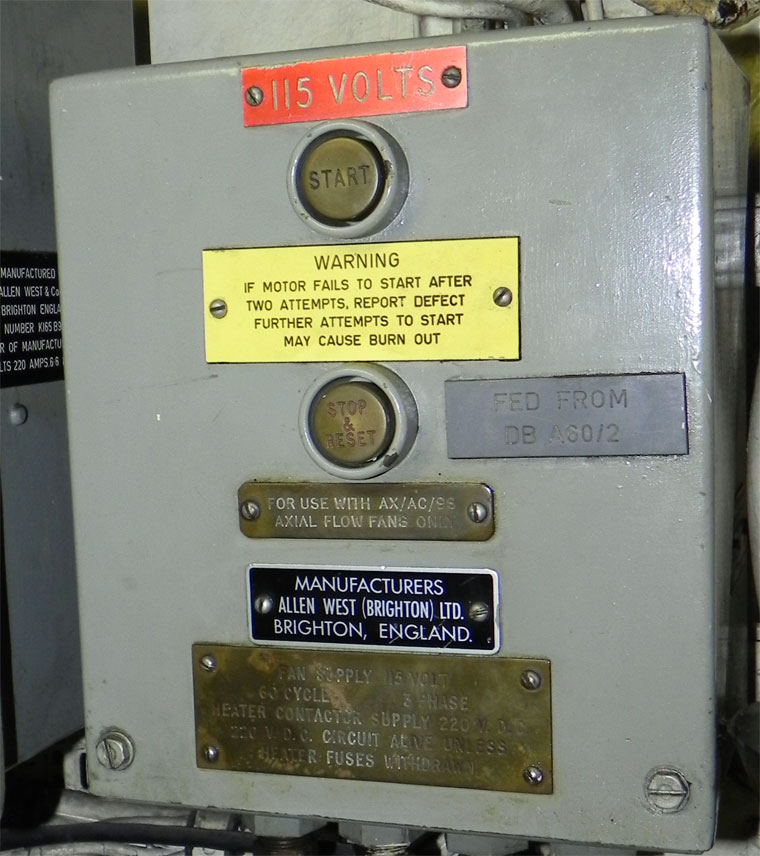 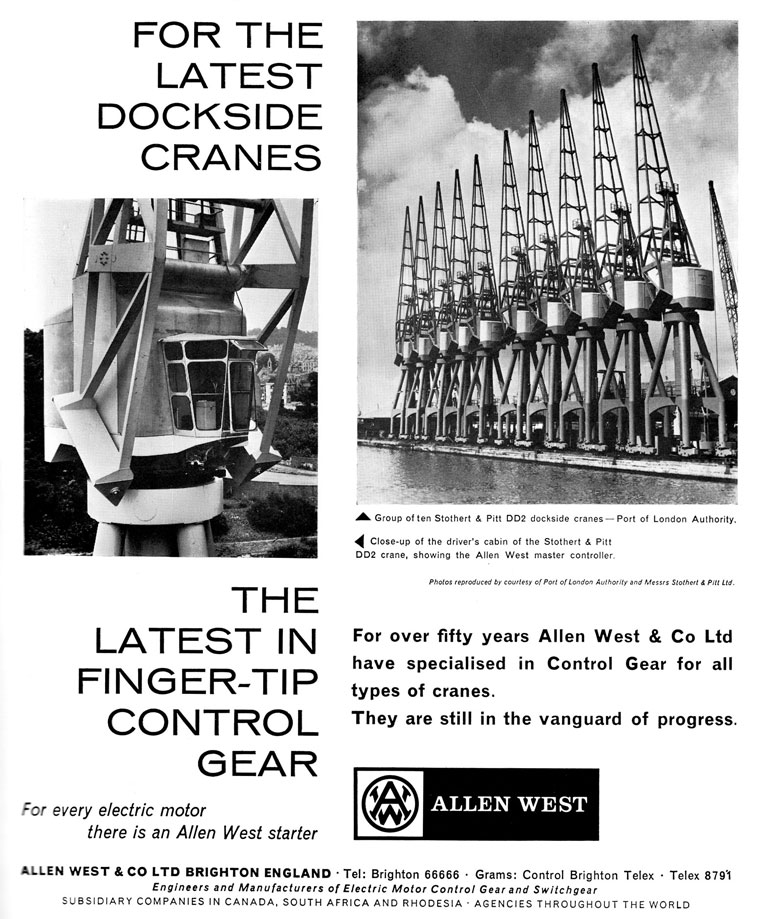 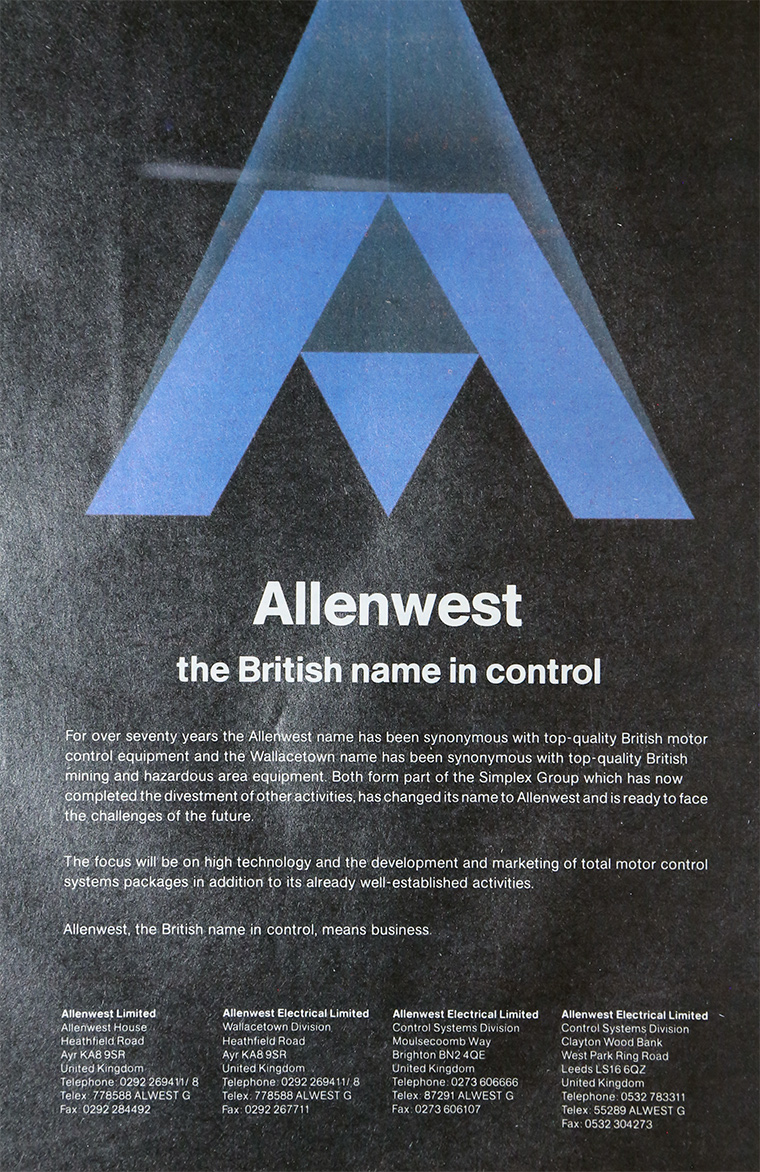 1910 Allen West founded the company in space rented from the Reason Manufacturing Co Ltd at Brighton[1]. One of the first products was a finger contact for drum controllers which was adopted by the Admiralty.

1914 Allen West was invited by the principal shareholders of Reason Manufacturing Co Ltd to take over that company.

WWI Allen West joined up; his company made the firing head for the Stokes mortar and 100 rounds; Allen West smuggled it to France in his luggage and as a result of the trials there, it was adopted for service use.

1929 Acquired disused rolling mills at Southampton from the government; would be used for heavy engineering construction[3].

1961 Manufacturers of electrical motor control gear for all applications. 3,000 employees. [7]