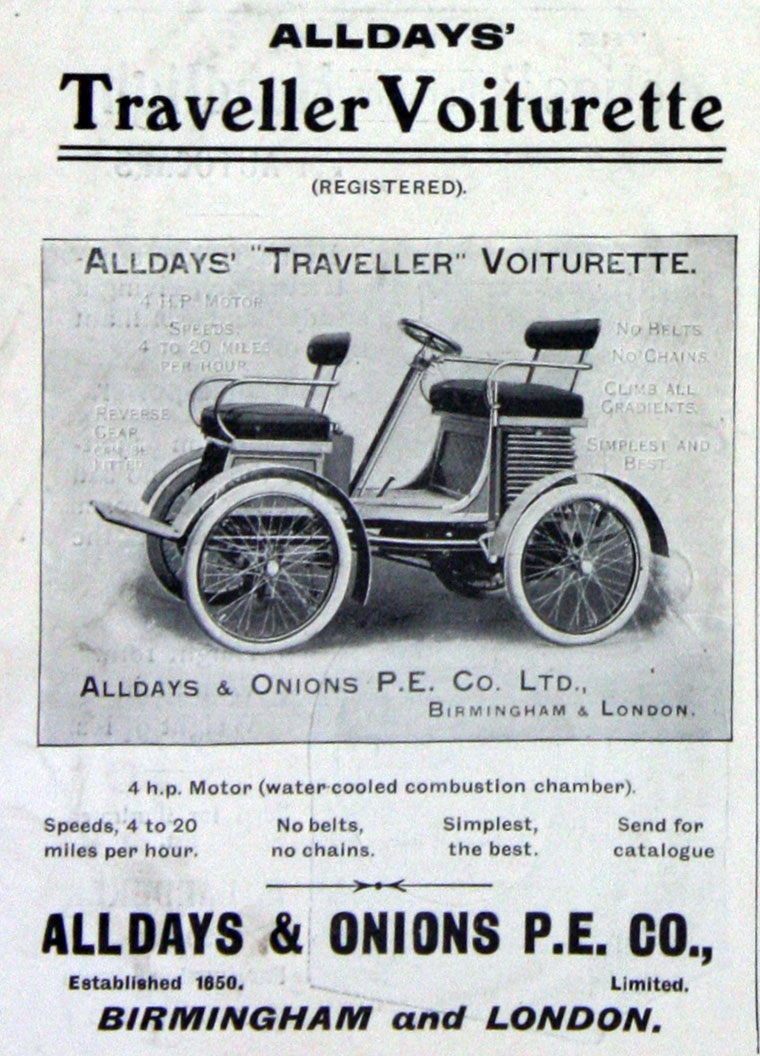 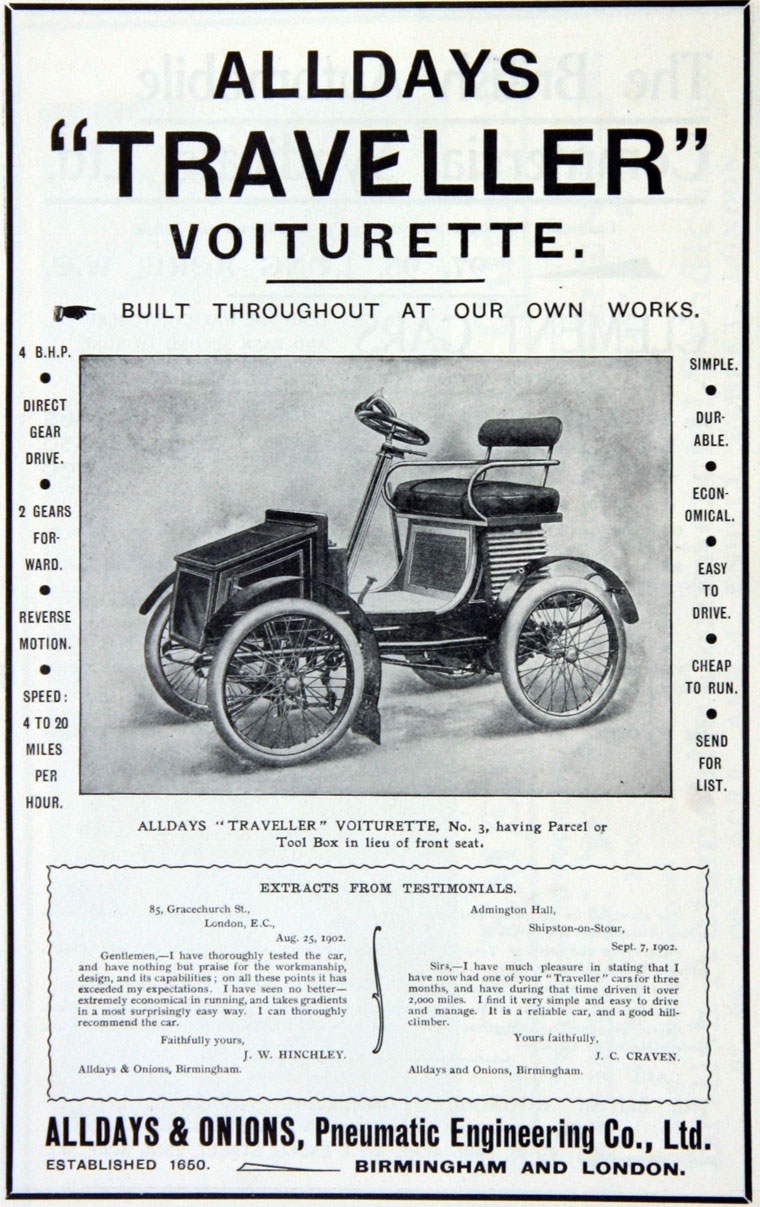 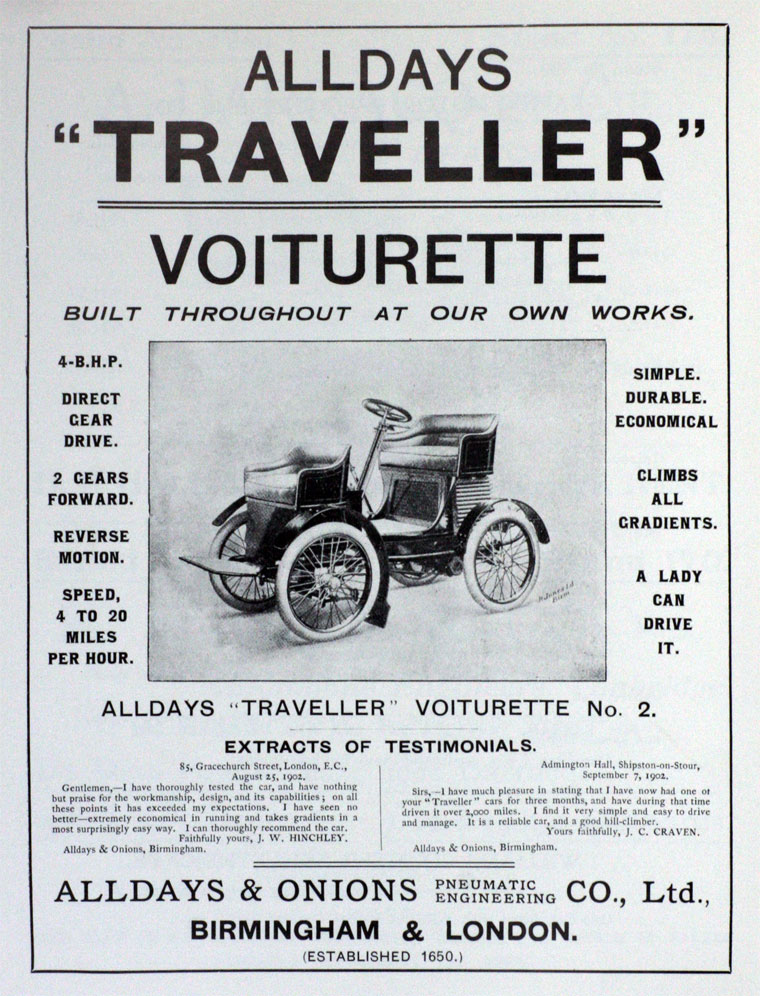 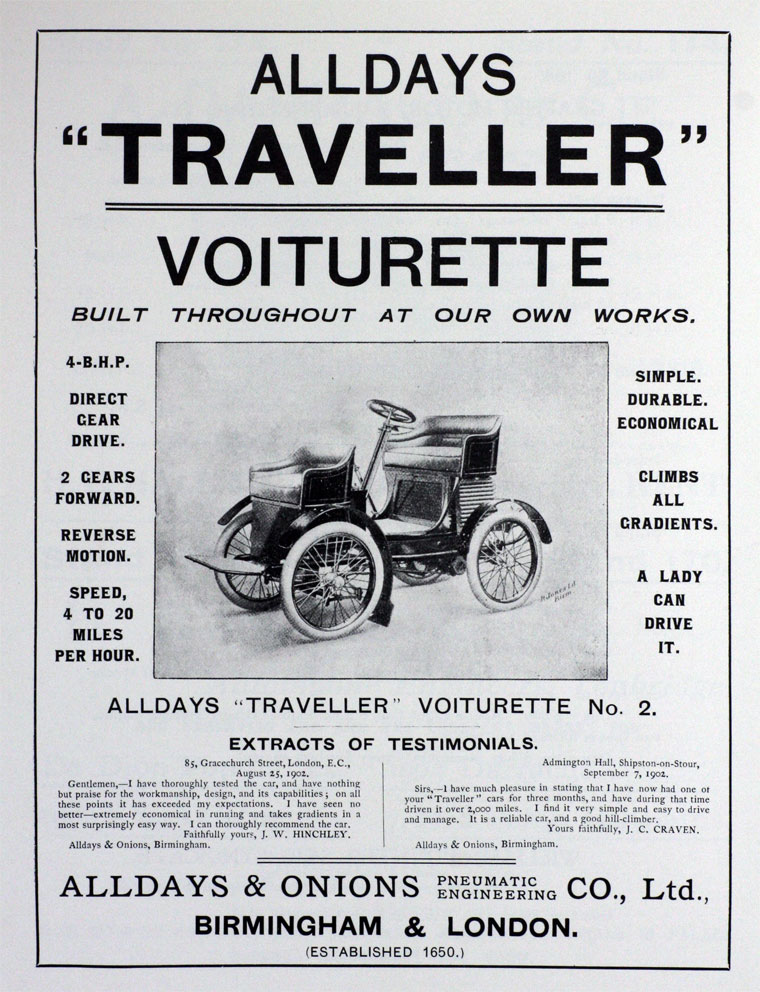 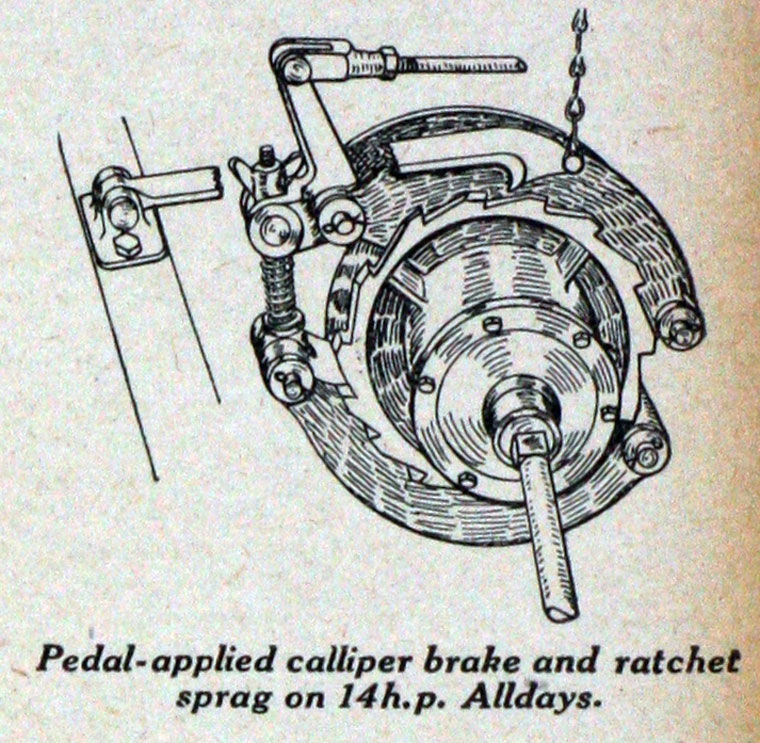 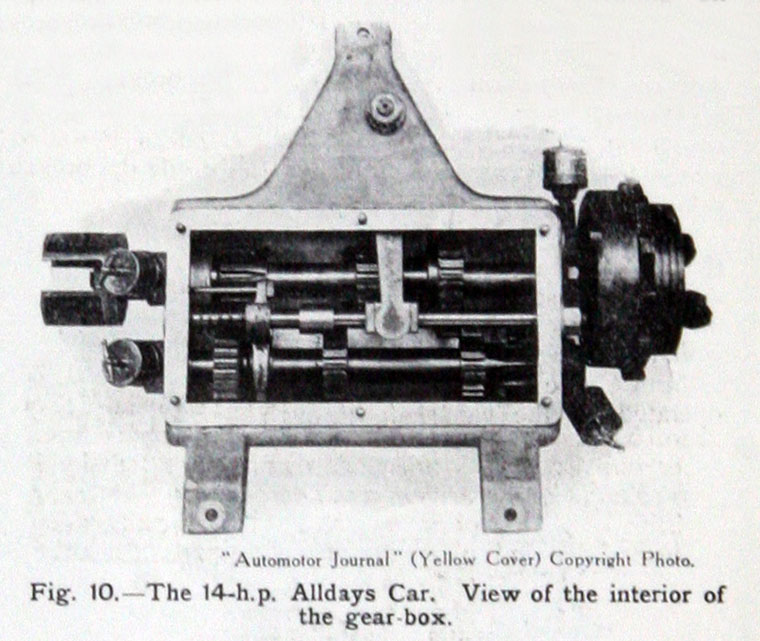 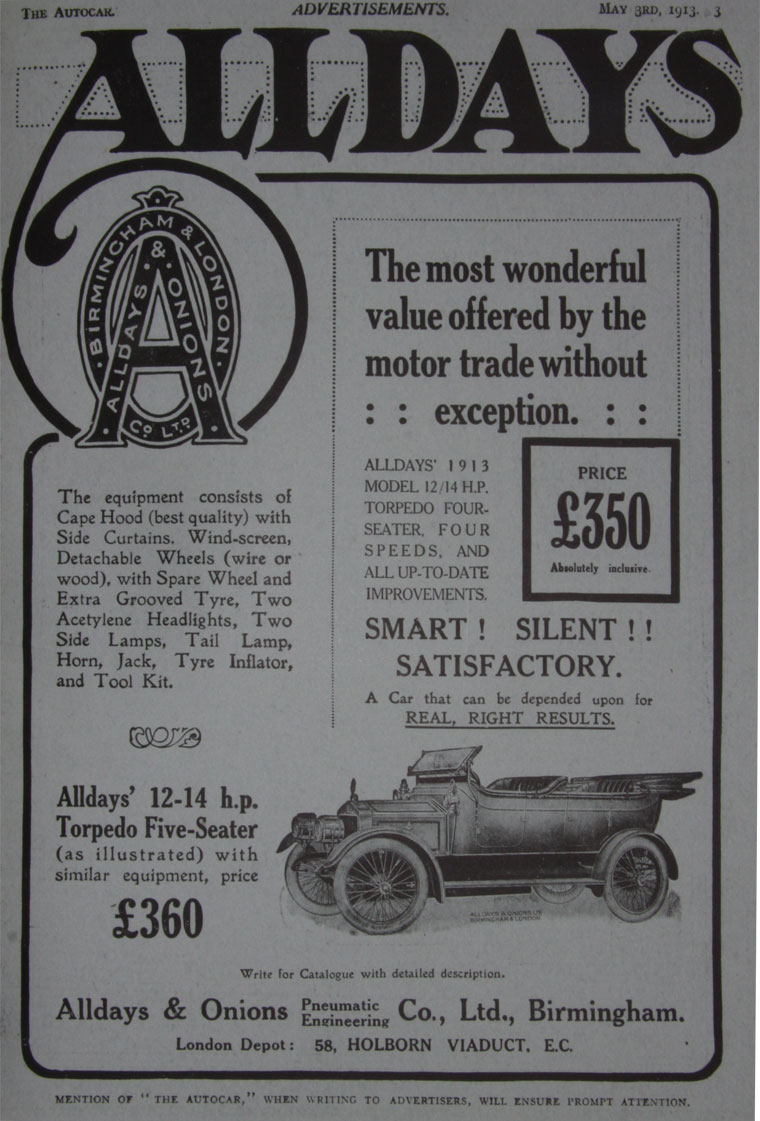 1898 The company produced its first car, the Traveller; however, series production did not start until 1903/4 with the 7hp model. Larger commercial vehicles of up to 5 tons were also made in the years preceding the First World War and saw service during the conflict.

1902 Detailed review of the Traveller Voiturette.[1]

Alldays and Onions continued to be used as a brand of cars until at least 1915. Alldays cars were made at Matchless Works, Birmingham.

c.1919 The Alldays and Enfield brands were merged as Enfield-Allday; production continued until 1925.