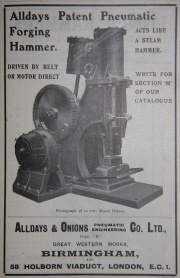 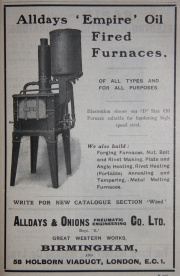 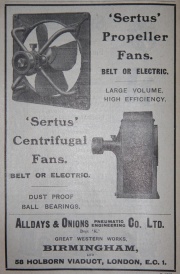 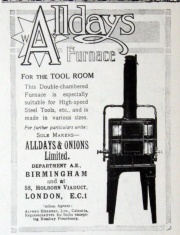 January 1920. Furnace for the Tool Room. 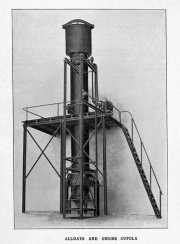 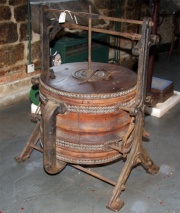 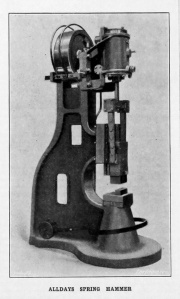 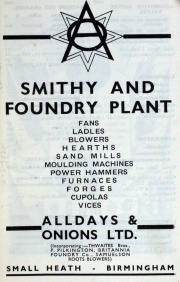 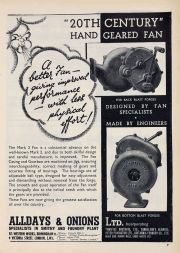 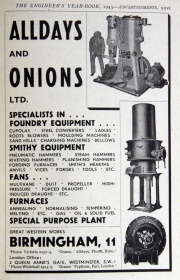 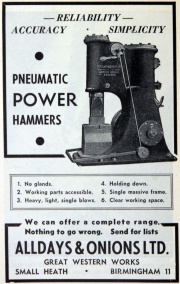 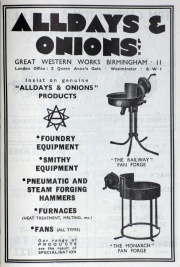 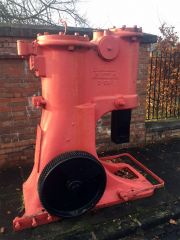 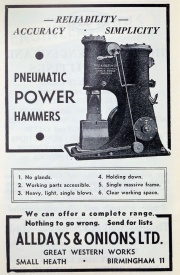 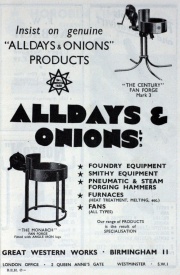 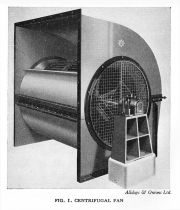 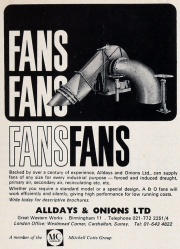 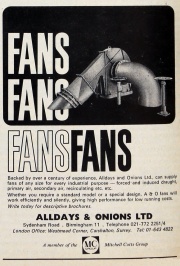 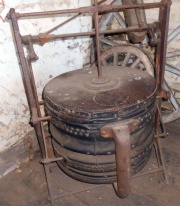 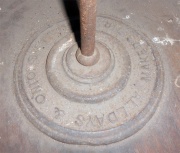 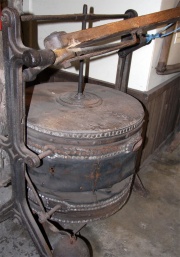 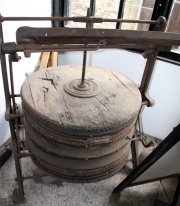 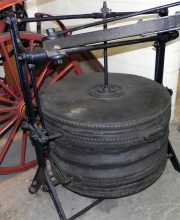 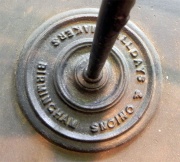 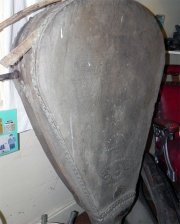 1885 Company formed by the merger of William Allday and Sons Ltd with John C. Onions Ltd as Alldays and Onions Ltd[2].

1898 The company produced its first car, the Traveller

1912 Alldays and Onions, which had been engaged in the general engineering trade for a long time, had more recently established separate works for car manufacture; had also acquired the Enfield Autocar Co including manufacturing rights and trade mark; manufacture of the two types of car would be kept separate; motorcycles were also built[5].

c.1919 The name of the company had been shortened to Alldays and Onions Ltd.

1922 "An interesting ceremony was performed when the directors of Alldays and Onions, Limited, presented an inscribed gold watch to Mr. Albert Williams, in recognition of his sixty years' uninterrupted service with the company. The function took place in the large concert hall at the firm's Great Western Works, Small Heath, Birmingham, which was crowded by an assembly numbering several hundreds, which included the heads of departments and representatives of all grades. Mr. H. Marks, chairman of the company, presided. The presentation was made by Mr. A. T. Cocking, one of the directors, who outlined the career of the recipient. He told how Albert Williams had entered the concern at the age of eleven, in June, 1862, working under has father at 2s. 6d. a week. At that time the firm was J. C. Onions and Co, the establishment of which was in Bradford-street, the amalgamation with the late Mr. William Allday coming about later. During the whole of Albert Williams's record he had been absent from work only four days, by reason of illness, and had never been late. He always walked to business, and did so still - a good mile and a half.

Williams was, it was explained, continuing the paternal tradition, for his father -like the son, a bellows maker - was with J. C. Onions and Co for a period of between sixty·three and sixty-four years, when he retired." [8]

1925 Until only recently, the company had been conducted by a receiver and manager on behalf of the former debenture holders. In 1925, it was transferred by him by a new company, and the business from August 1925 continued under the name of New Alldays and Onions. The new board consisted of Sir William Mitchell Cotts and Mr A. T. Cocking.[9]

1969 Mitchell Cotts combined the company with another of its subsidiaries, J. C. Peacock (Engineers) also involved in industrial fans, in a new company called Alldays Peacock[12].

1980s Alldays Peacock was acquired by the Spire Group.