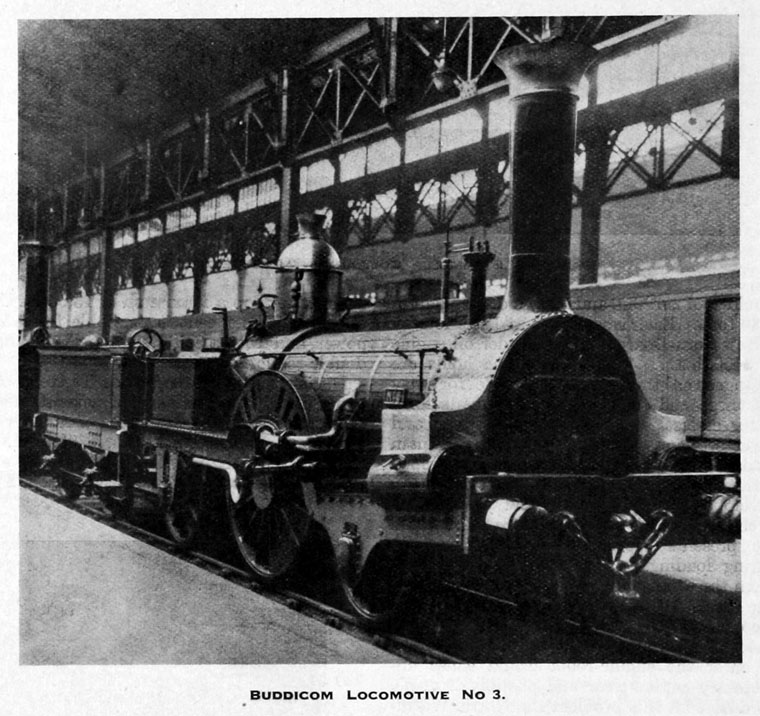 1841 Mr. Locke, the engineer of the Paris and Rouen Railway, invited Mr. Allcard and Mr. Buddicom, with Mr. Brassey and William Mackenzie, to construct locomotives and rolling stock for the line. The firm of Allcard, Buddicom and Co was formed and constructed extensive works at Sotteville. Pending their completion smaller works were established at Les Chartreux, a suburb of Rouen; Robert Sinclair was appointed manager of the works, leaving Crewe shortly after Mr. Buddicom.

With the increase of railways in France, this business became one of considerable importance, not merely for the construction of railway rolling stock, but also for contracting for locomotive power, and for working the trains at a fixed rate per mile. This system included the Paris and Rouen, the Rouen and Havre, the Dieppe, the Paris and Caen, and the Cherbourg Railways, and was continued from the respective openings of those railways, until the middle of the year 1861.

Soon after the opening, Messrs. Allcard, Buddicom & Co. contracted to work the line, furnishing locomotive-power, and repairing the carriages and wagons on the principle of the prime cost of the stock being borne by the railway company, but the contractors paying for its depreciation at the expiration of the contract. Every other expense relating to locomotive-power, or repair of wagons and carriages, including responsibility for accidents caused by the fault of engine-drivers or others in their employ, remained with the contractors. This arrangement was extended to the Havre and Ronen line when it was opened in 1843, to the Fecamp, the Mantes and Caen, and the Caen and Cherbourg lines, a total length of 300 miles, and continued in force till the end of 1860. The repairing-shops were built at Sotteville, near Rouen.

1845 Messrs. Allcard, Buddicom & Co. abandoned the Chartreux works, and built more suitable ones adjoining those of the railway at Sotteville, the company agreeing to purchase the contractors’ premises at the end of the contract, should the latter wish to dispose of them.

Mr. William Mackenzie had undertaken to complete the works of the Orleans and Tours line, and to provide the engines and rolling-stock. This work was entrusted to Messrs. Allcard, Buddicom & Co. They also supplied the engines required for the Boulogne and Amiens Railway, the nucleus of the great system now belonging to the Northern Railway of France. When the concession for the Paris and Lyons Railway was granted, the capital was not forthcoming, and the successful company applied to Mr. Buddicom's firm to take a large number of shares, to be paid for, if they chose, in locomotives. These terms were accepted, and the aid thus afforded in floating the company was, at the least, very useful.

1847 Mr. Allcard ended his active participation in the operations of the concern after 1847; he remained a partner until his death in 1861.

In the sequel, the company being successful, Mr. Buddicom waived the right to supply these engines, the Rouen works at the time being fully occupied.

1848 when revolution broke out in February 1848, a number of men went to the Sotteville works with the declared purpose of burning the rolling-stock, encouraged by the river boatmen, whose work had been seriously affected by the railway. However, they were deflected from this purpose by some men loyal to Buddicom. Soon after he evacuated his family to England.

1849 having contracted with the Southern of France Company for a quantity of rolling- and fixed- stock, Messrs. Allcard, Buddicom & Co. erected branch works at La Bastide, near Bordeaux, introducing thereby an entirely new trade into the district. Thus, out of the six great companies among whom the French railway system was divided, Mr. Buddicom supplied the first engines for four. In this connection may be mentioned a fact that is very significant of the part taken by Englishmen in the construction of the French railway system.

Initially Allcard & Buddicom brought most of their employees from Britain, the best known being John Whaley and his son George, who successively directed the workshops of Sotteville-lès-Rouen until 1874 and 1885.[1]