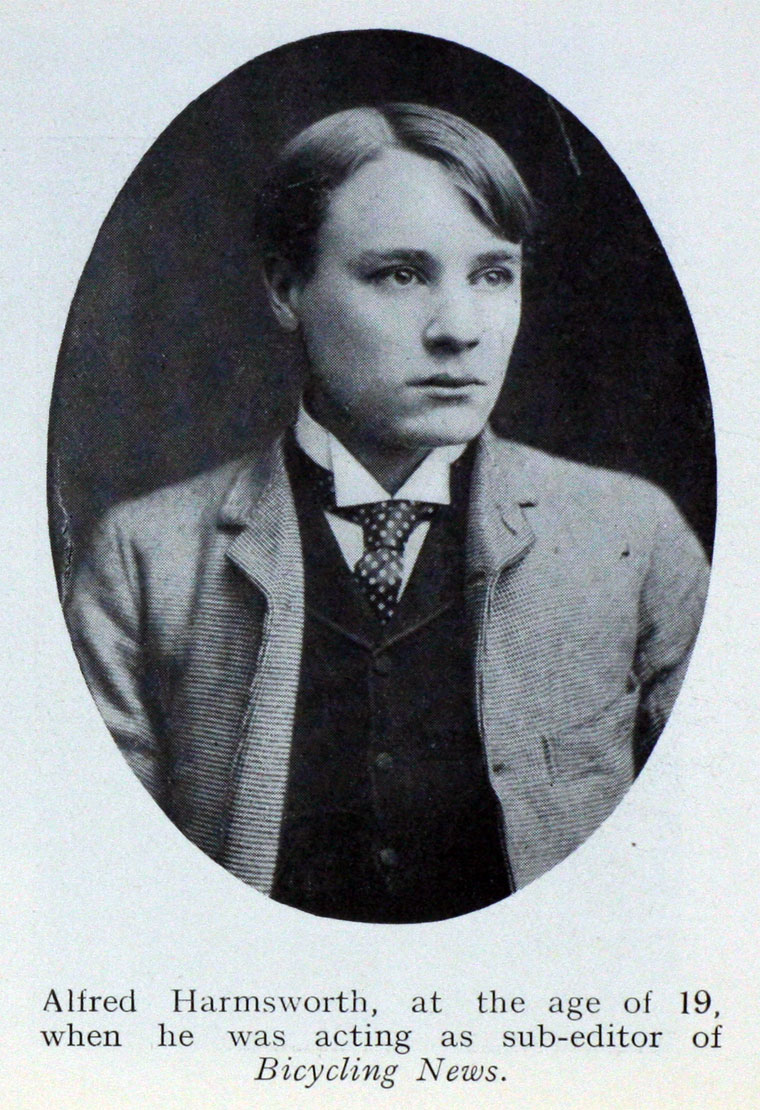 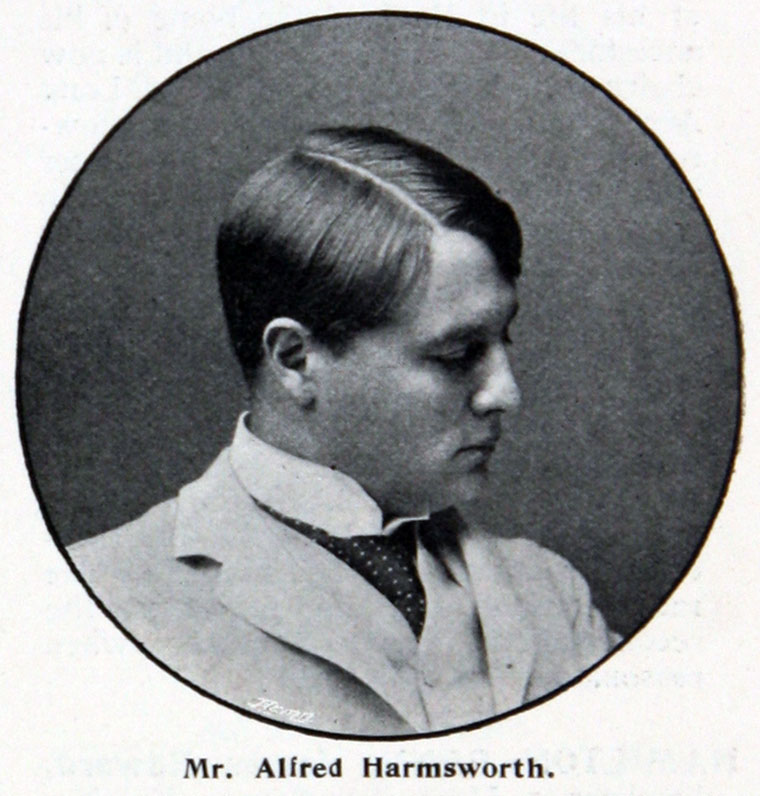 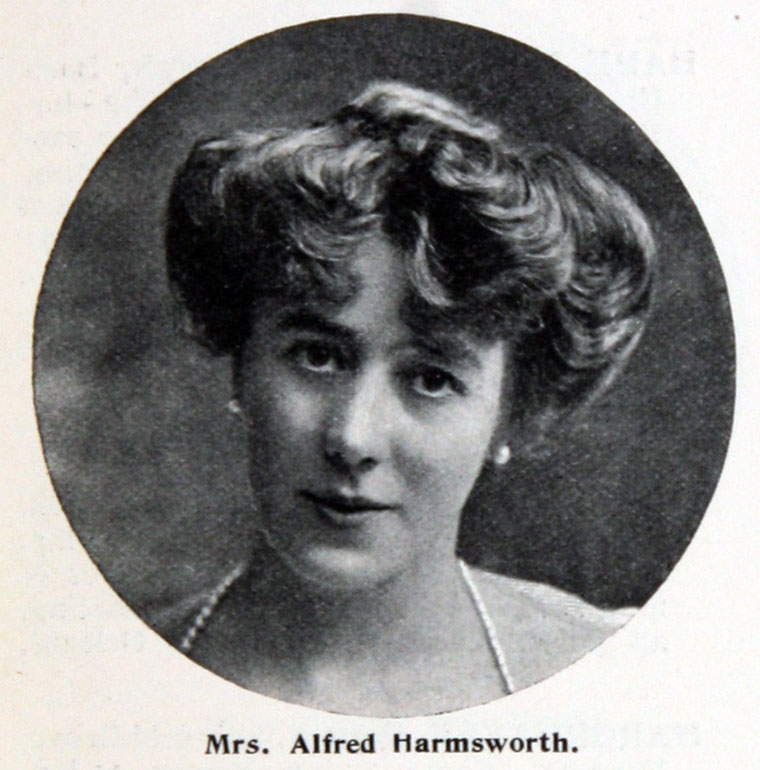 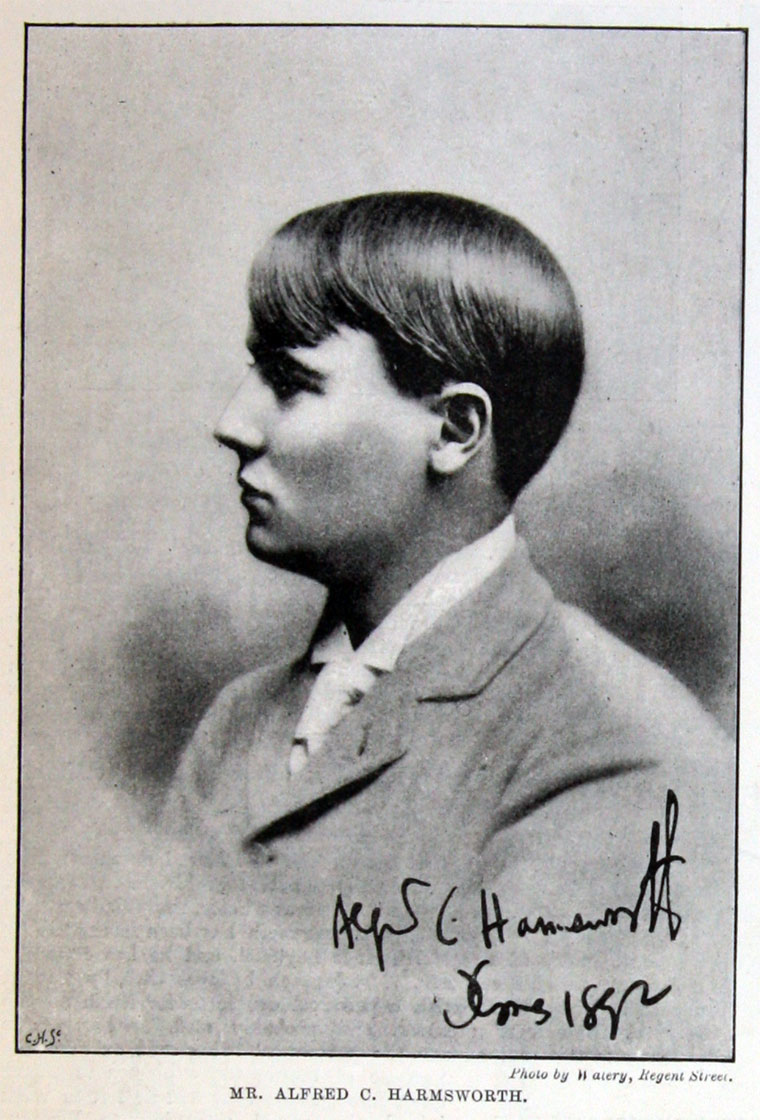 By 1880 Alfred was an occasional reporter on the Hampstead and Highgate Express and went on to earn a living by freelance writing for various publishers, including George Newnes

1888 Having saved some money he started Answers to Correspondents, a topical paper, in a small office in London. After a year they ran a competition to guess the amount of the Bank of England's return for a particular week. It was a huge success and the winner won a pound a week for life! After that, the circulation shot up to 78,000 per week, and 205,000 six weeks later. The offices expanded and they launched some light hearted comics at a half penny each. Thereafter they 'concentrated on the ladies' and produced Forget-Me-Not and Home-Sweet-Home magazines. [1]

1890 With his financially astute brother Harold he launched Comic Cuts, a pictorial magazine aimed at adults who read little or nothing. Together the brothers built up the Amalgamated Press Company, whose profits soon reached £50,000 a year; within five years Answers alone was recording net weekly sales of more than 1 million copies.

They also produced short books for boys which were very popular.

The final decades of the 19th century saw the birth of the popular press in Britain based on use of improved machinery, the use of illustrations, investigative reporting, and the employment of news agencies.

1903 He founded the Daily Mirror as a women's paper.

1904 'HARMSWORTH, Alfred C., J.P. Besides being one of the most expert motorists, is the proprietor of the Daily Mail.

He considers 120 miles a good average day's spin for a motor-car. He has toured many thousands of miles in this country, on the Continent, and in America, and considers his complete immunity from accident to be clue to his thorough knowledge of the mechanism of the cars he has driven. He holds that a motor, in the hands of a skilful and careful driver, is unrivalled as a means of locomotion, but in the hands of an unskilled person, is a danger to everyone. He also thinks side-slips are the most frequent causes of accidents, and presented £100 to the A.C.G.B. & l., of which he is an active member, for a side-slip prevention competition.' [4]

1904 HARMSWORTH, Mrs. Alfred. Is the wife of Mr. Alfred Harmsworth, the well-known newspaper proprietor, and is much in attendance at all the chief motoring events in England and on the Continent. [5]

1905 Raised to the peerage as Baron Northcliffe of the Isle of Thanet.

1905 Acquired The Observer in his Associated Newspapers group. But he quarrelled with its editor, J. L. Garvin, and sold it to Waldorf Astor in 1912.

c.1907 Established the Northcliffe Cup to be awarded for the longest flight in the past year[6]. Other cups bearing his name were awarded in golf, swimming and fat stock.

1908 Bought The Times for £320,000, following a complex financial and political campaign in which he outmanoeuvred his rival, C. Arthur Pearson.

WWI Claimed to have foretold the war. Set himself up as an advocate of soldiers' interests.

1915 Publicised the shortage of high explosive shells which led to reorganization of the government.

Prided himself on his independence from the political parties.

1917 Head of the British war mission to USA; accepted a viscountcy on his return

1918 Director of propaganda in enemy countries, insisting that his choice of the title "director" rather than "minister" reflected his freedom from politicians' clutches.

1920 Persuaded Dame Nellie Melba to sing in the first wireless concert, held at Marconi Place, Chelmsford, and then wrote an editorial on the importance of the wireless not only for business and government but also for entertainment.