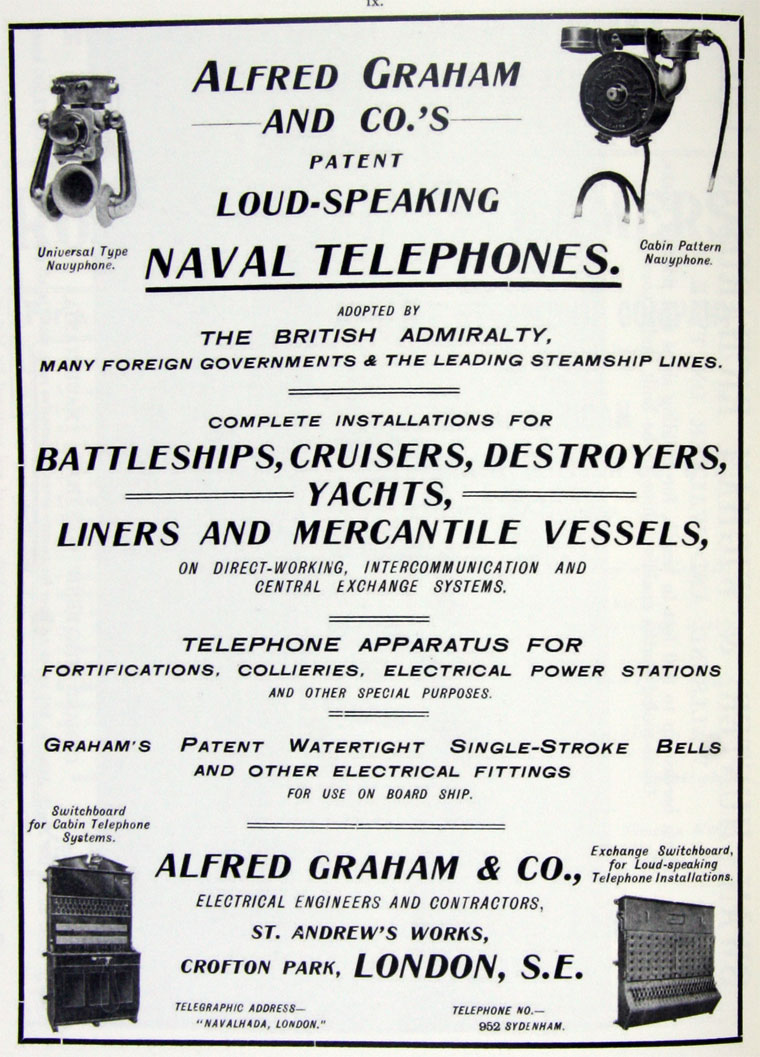 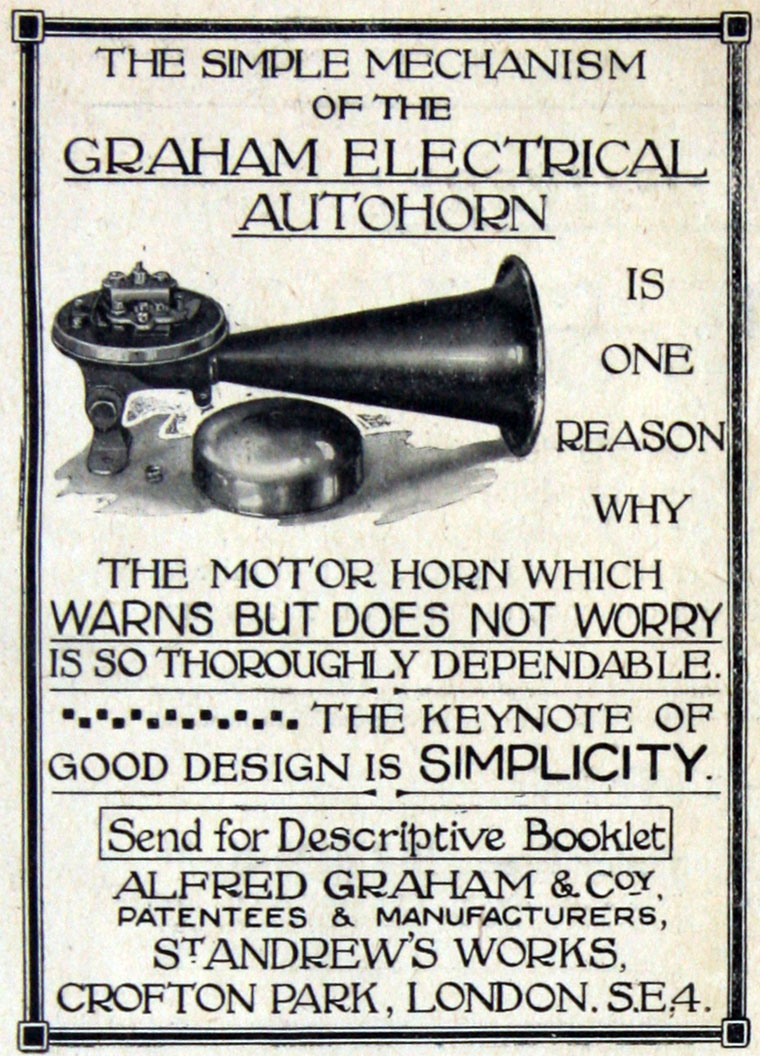 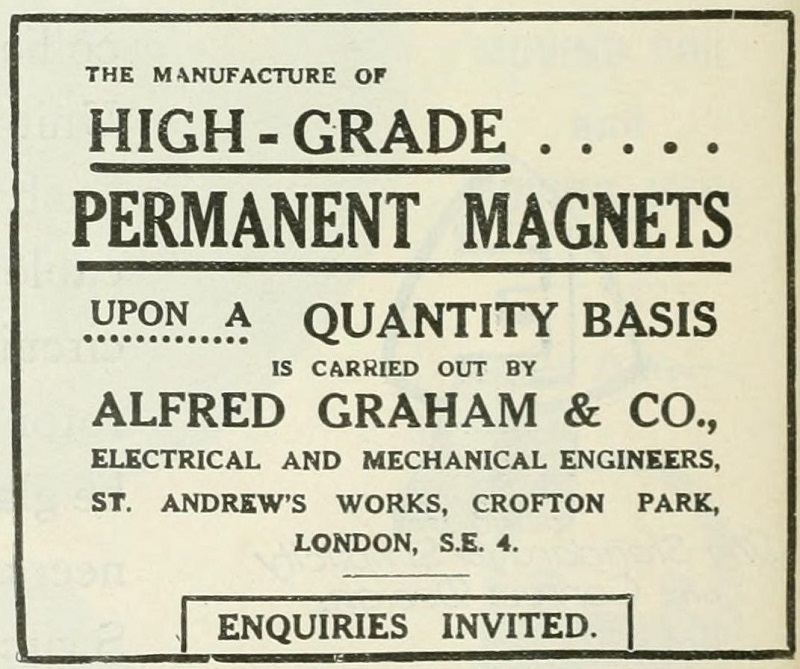 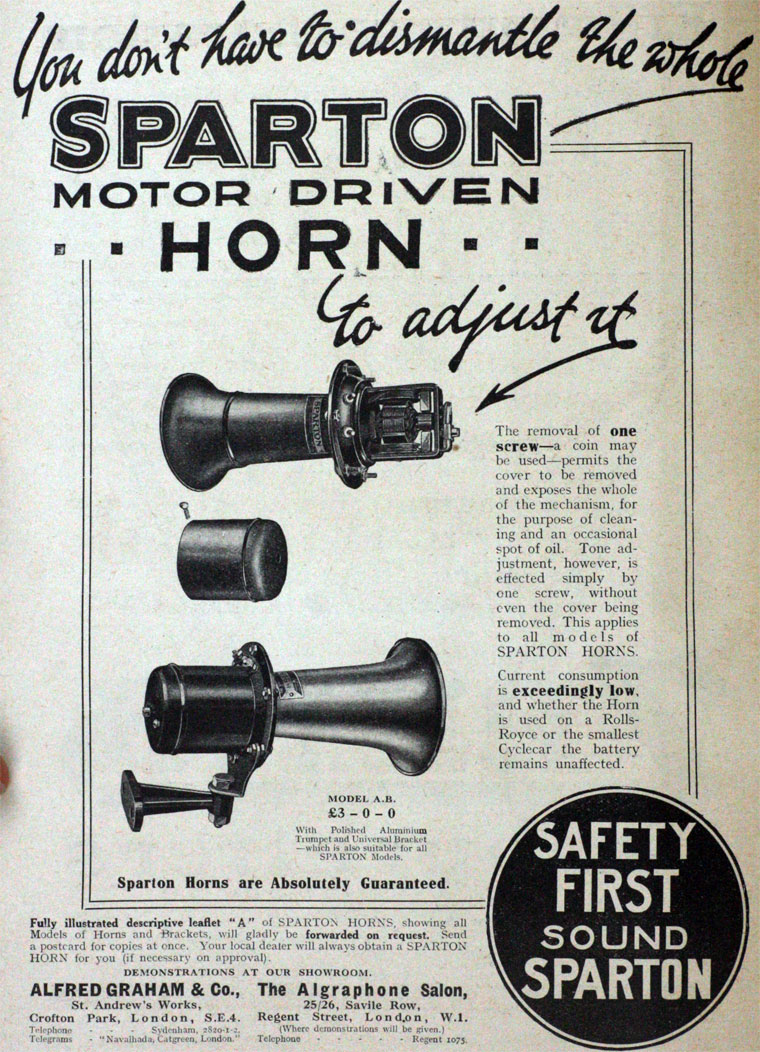 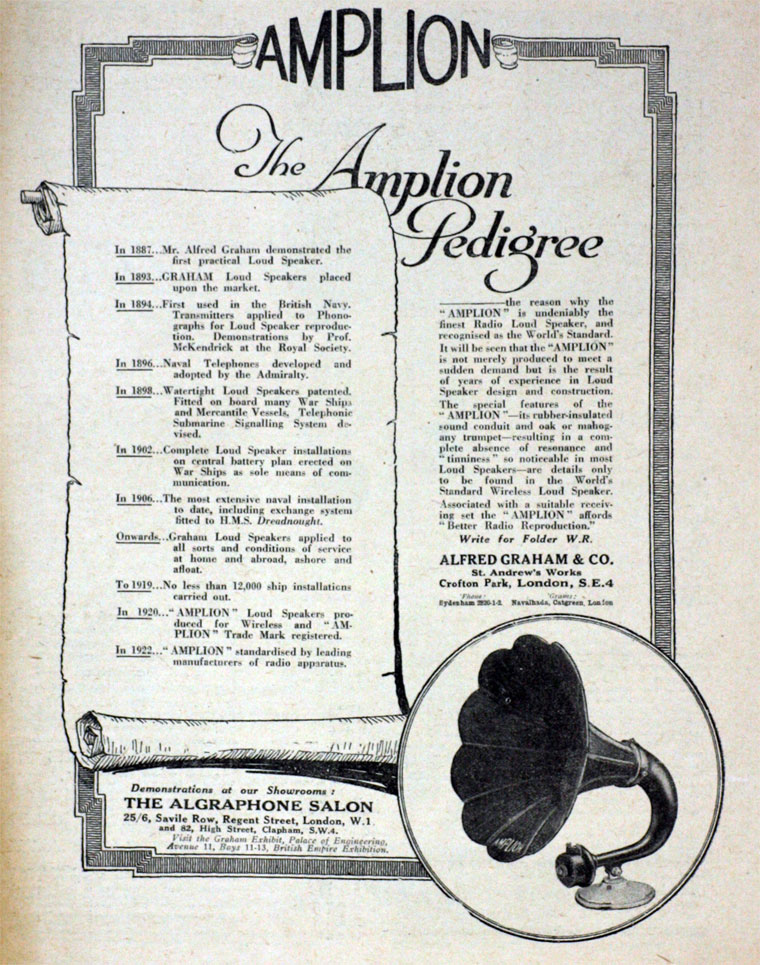 1914 Electrical engineers and contractors. Specialities: loud speaking telephones, exchange switchboards and other apparatus for communication on board war and mercantile vessels, for use in power stations, mines, collieries etc. Employees 300. [4]

1937 Advert for Triton telephones and Graham patent indicator for rudders[10].

1938 Altered memorandum of association to include pension[11].

1954 Listed as one of the principal subsidiaries of Siemens Bros as manufacturers of miscellaneous electrical equipment, on the take-over by AEI[13].