Grace's Guide is the leading source of historical information on industry and manufacturing in Britain. This web publication contains 144,966 pages of information and 230,623 images on early companies, their products and the people who designed and built them. 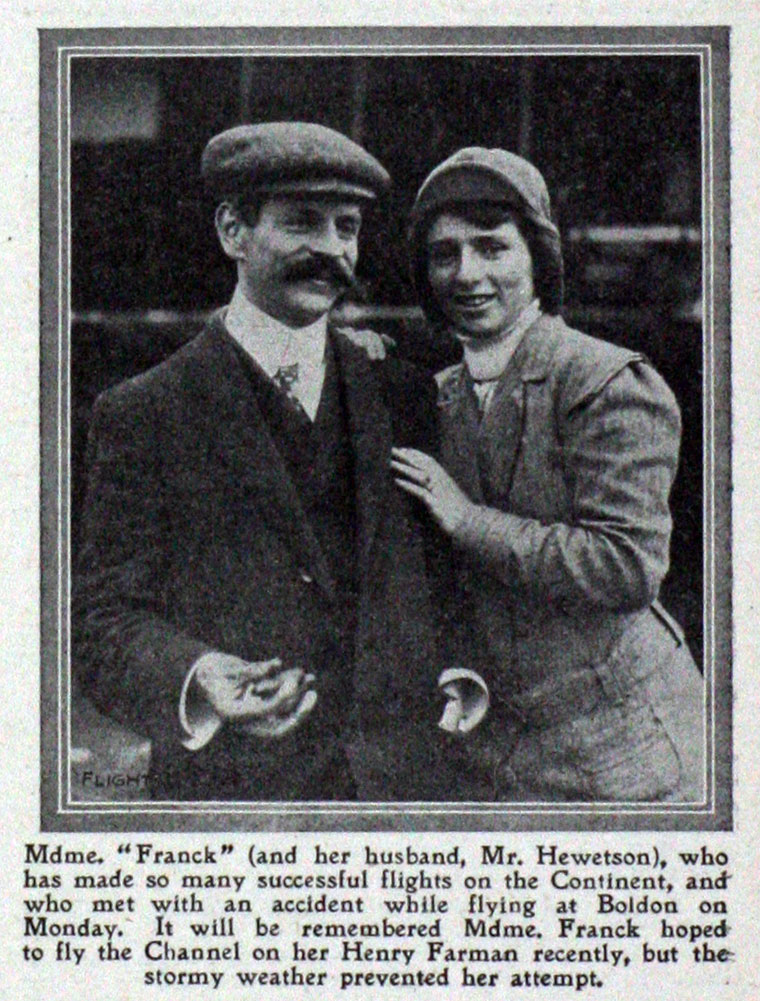 1913 At Winterbourne Stoke is a Celtic Cross erected to the memory of Major A. W. Hewetson, who was killed whilst flying on the 17th July 1913, when he crashed in a Bristol Prier-Dickson monoplane during the test for his aviator's certificate. The cross is surrounded by six wooden posts, railings and a gated entry.

1913. Died. REPORT ON THE FATAL ACCIDENT TO MAJOR ALEXANDER WILLIAM HEWETSON, WHEN FLYING AT LARKHILL, SALISBURY PLAIN, ON THURSDAY, JULY 17TH, 1913, AT ABOUT 6.20 A.M. The Committee having carefully investigated the fatal accident to Major A. W. Hewetson whilst flying a Bristol monoplane at Larkhill, Salisbury Plain, on Thursday, July 17th, 1913, has come to the conclusion that it, the accident, was due to lack of skill on the part of the pilot. Major Hewetson had been a pupil at the Bristol School for about two months, and during this flight, which he was making in order to qualify for the Aviator's Certificate, he over banked the aircraft at about 100 feet on a left-hand turn, and this was followed by a nose-dive to the ground. It is possible that owing to his overbank, the pilot slipped transversely on the double seat, of which he occupied the right-hand side, and thus lost any chance he might have otherwise had of righting the aircraft. The pilot was thrown clear of the aircraft and was killed instantaneously. The aircraft, after striking the ground, caught fire. The wind at the time of the accident was steady and not more than five miles per hour. [1]