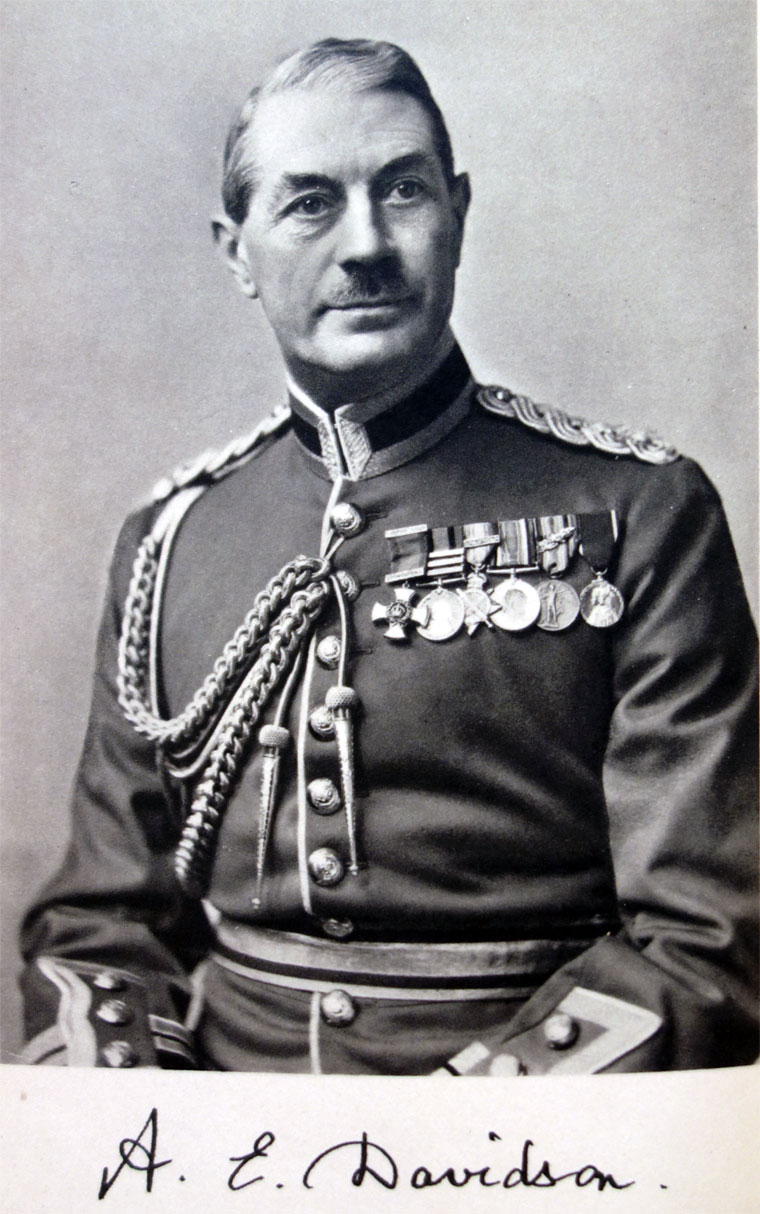 Attended Blackheath School and then the Royal Military Academy

1936 Colonel Alexander E. Davidson appointed Director of Mechanisation (War Office) and that post carries the rank of General. He is the son of the late Colonel John Davidson and was born at Simla in 1880.[3]

Major-General A. E. Davidson, C.B., D.S.O. (Past-President), who died recently, became an Associate Member of the Institution in 1906, transferring to Member in 1911.

To give a true and accurate picture of Alexander Davidson is not easy, because he was by nature shy and reserved and many people found this reserve difficult to break through, but once this was done one found a man of quiet wit and great sympathy. I, as his deputy during his appointment as Director of Mechanization, got to know him well. I never heard him say an unkind word against a brother officer. He would do a good turn but would be embarrassed and almost rude if he were thanked. This shyness must to some extent have been a handicap, but did not prevent his steady promotion in the Army. It was sad that he should have arrived at the age of retirement in the early part of the last war.

From 1927-1931 he was Chairman of the Mechanical Warfare Board - a period when design and development of tanks was of the greatest urgency. Unfortunately, Britain had only thoughts of disarmament and money for any project was cut to the bone, and design of a tank is a long term problem.

In 1936 he was appointed Director of Mechanization and I had the honour of serving under him as Assistant Director and later as his Deputy. It was a trying time leading finally to war. David John, as we called him, bore that strain with great credit. Finally, may I add that he had one great pleasure outside the Army: the Institution of Mechanical Engineers. As a Member of Council in 1921, Vice-President in 1932 and President in 1935: nothing gave him greater pleasure than attending Institution meetings. At the end I am sure he must have looked back on his career with a feeling of pride in achievement.