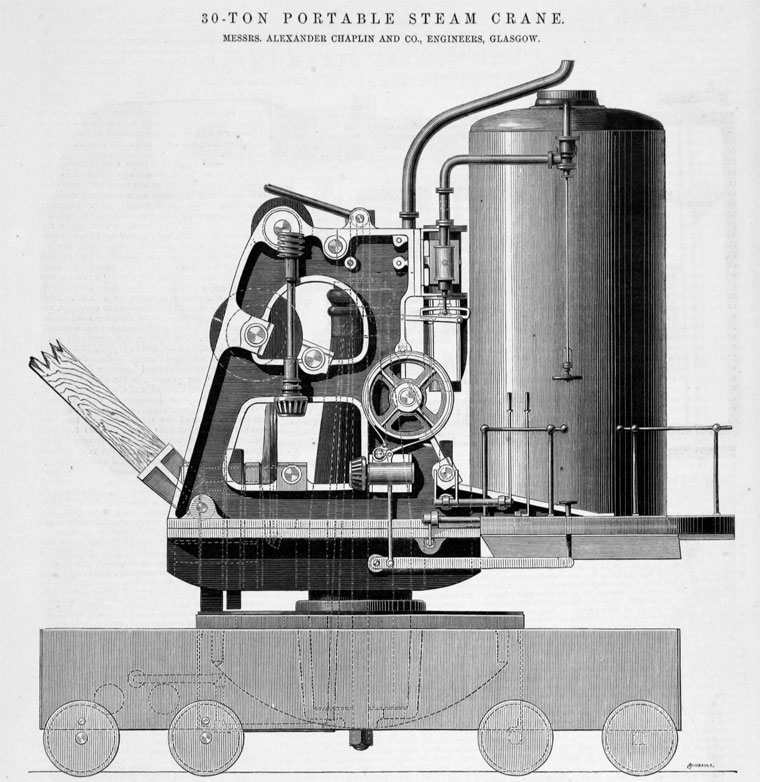 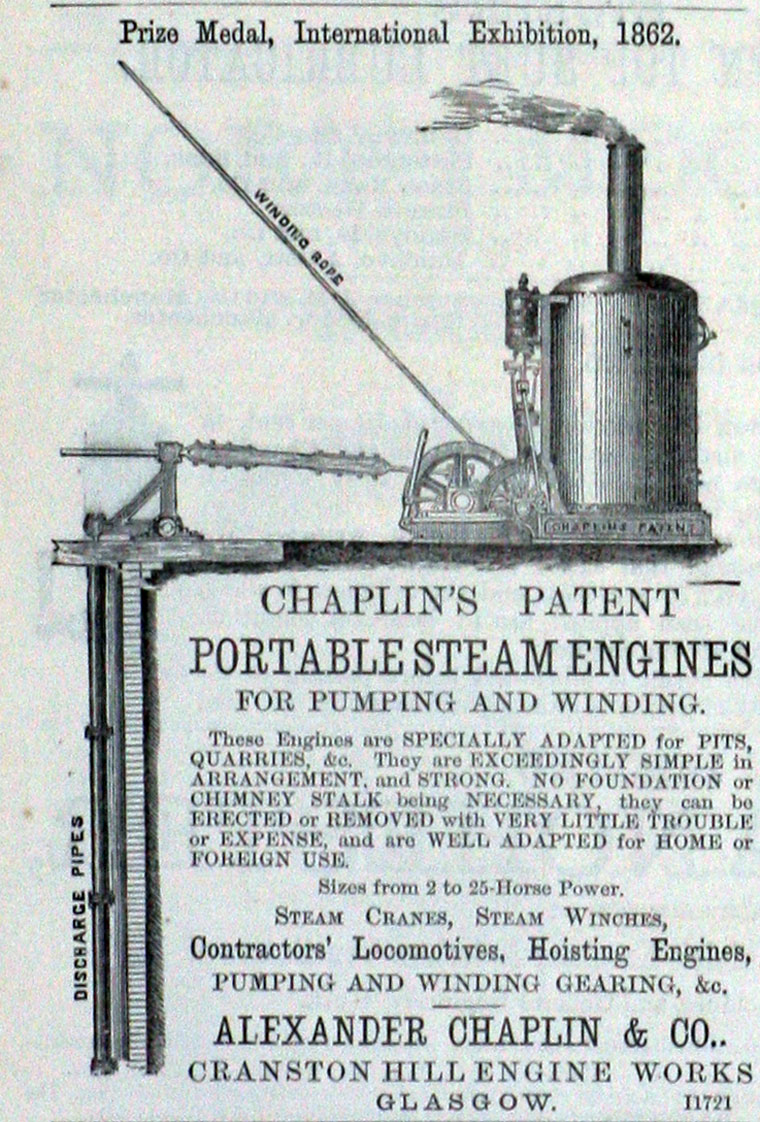 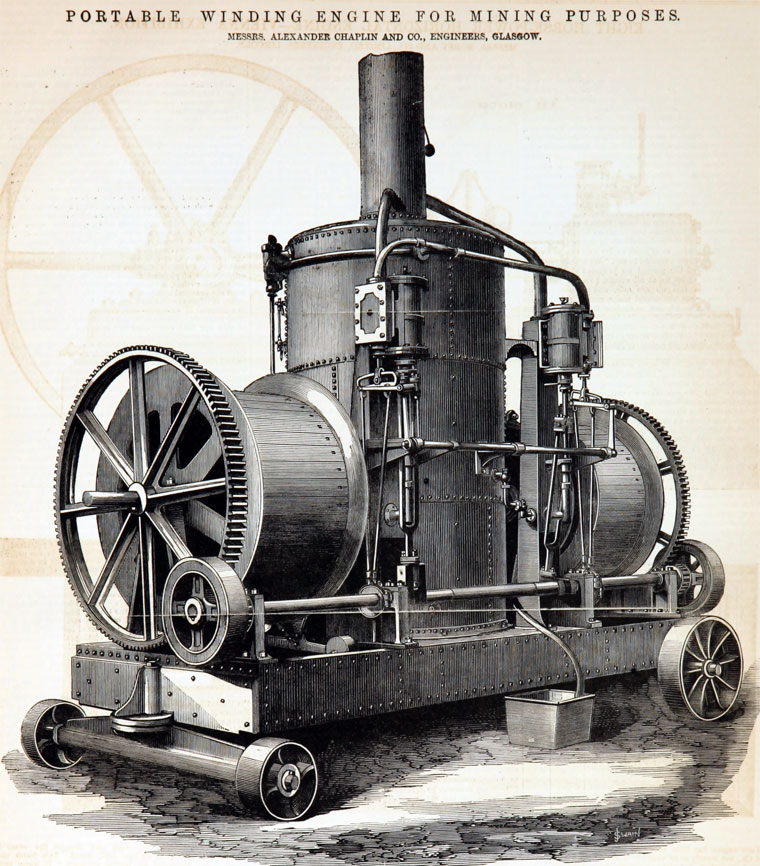 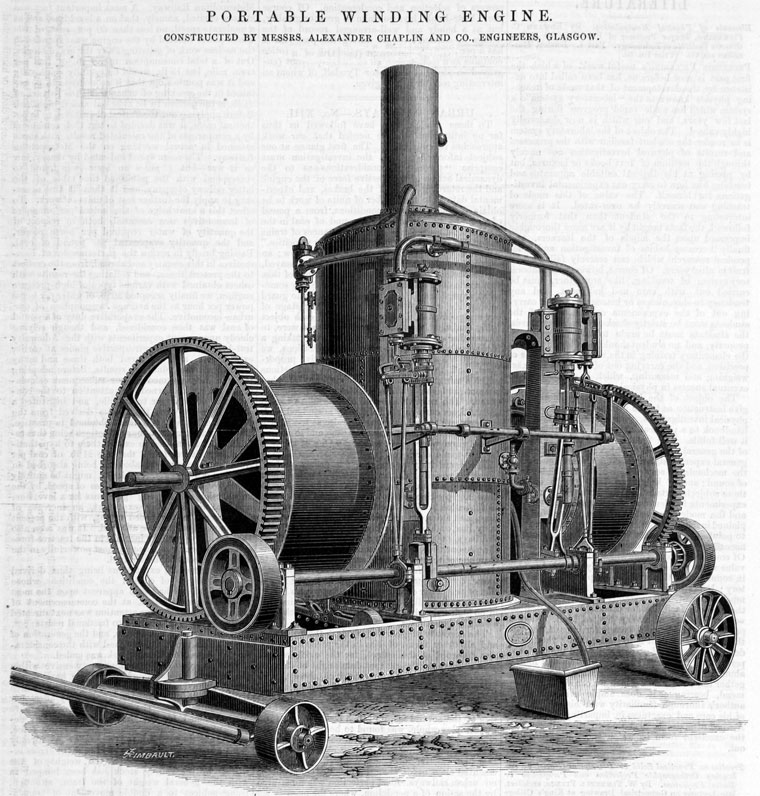 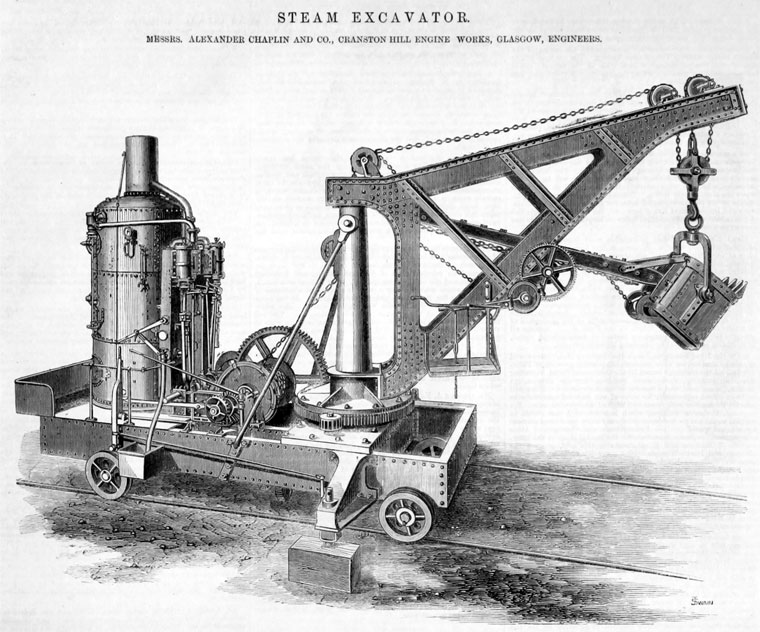 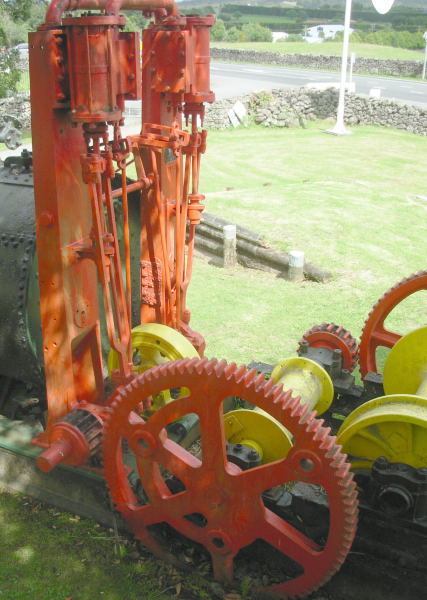 This appears to be a pumping and winding engine similar to that featured in several advertisements above, but without its original boiler. Made at Cranstonhill Works. Note the three optional crankpin positions for changing the pump stroke. Located outside Whangarei Museum, New Zealand. 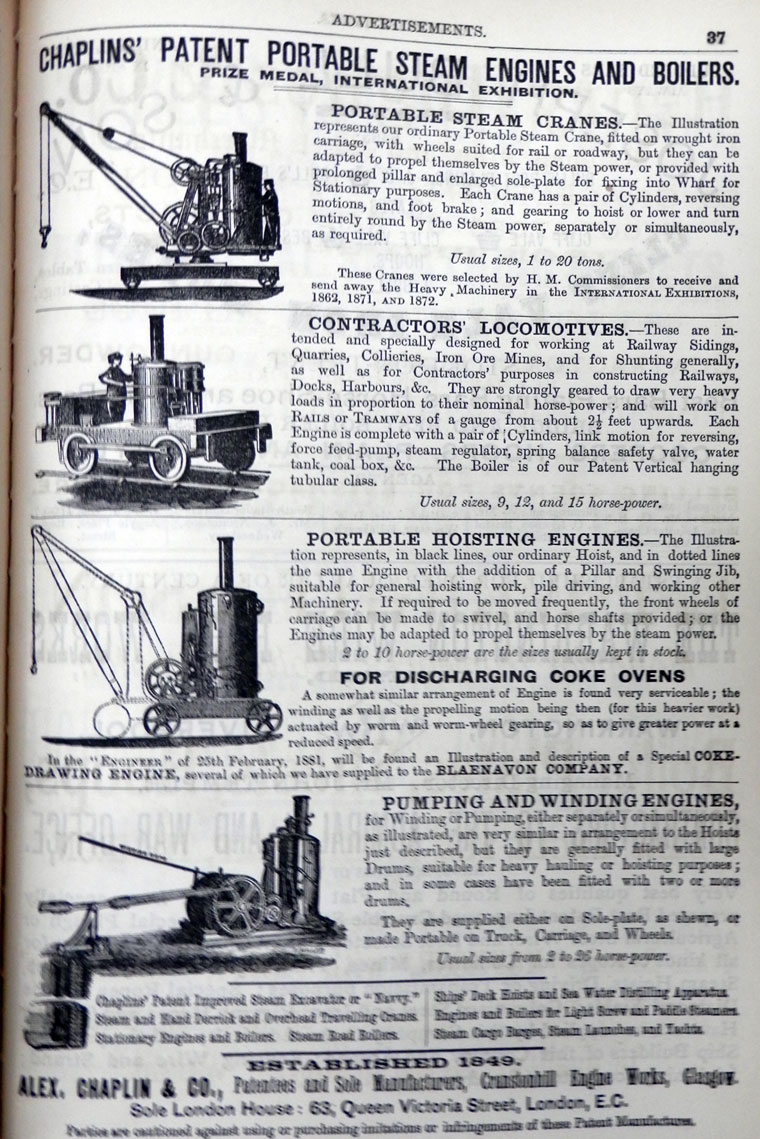 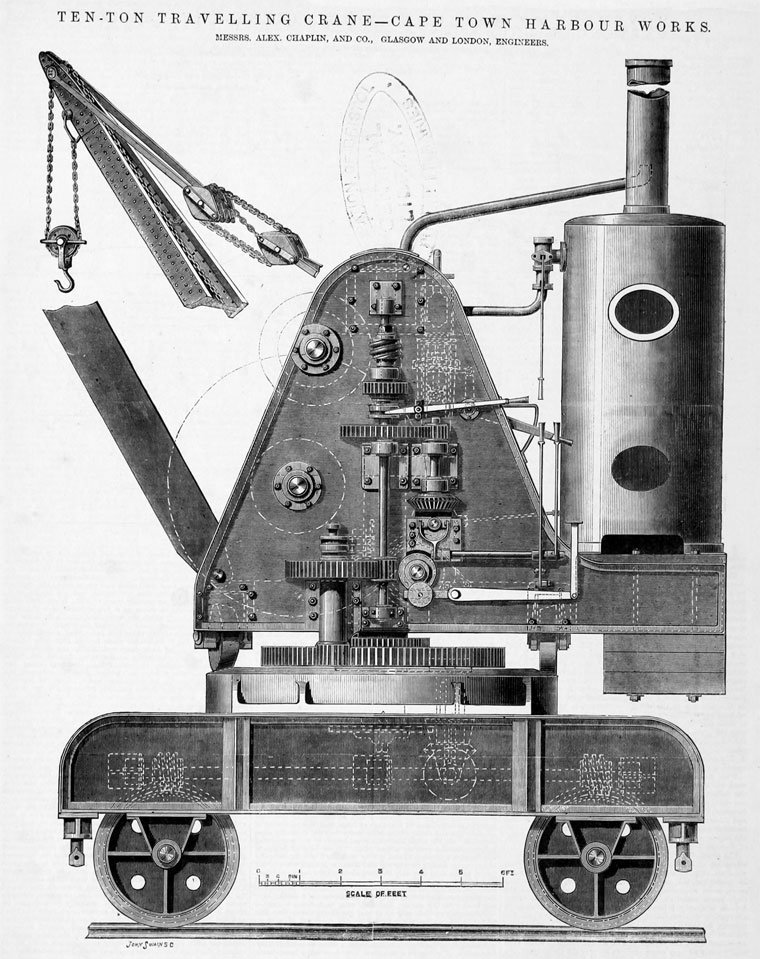 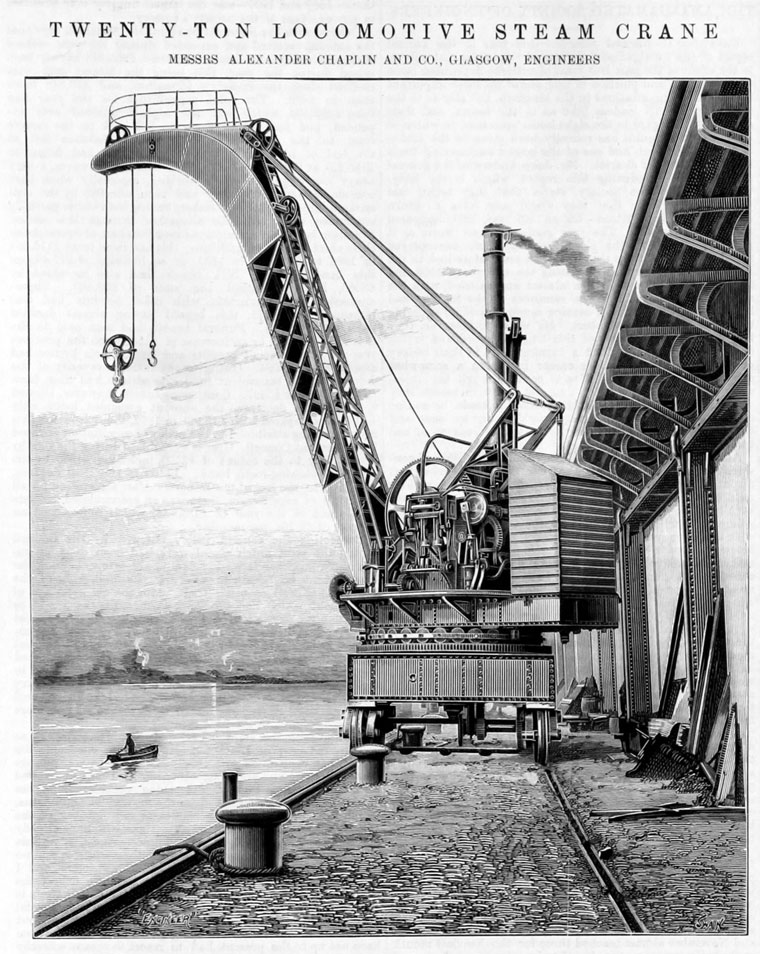 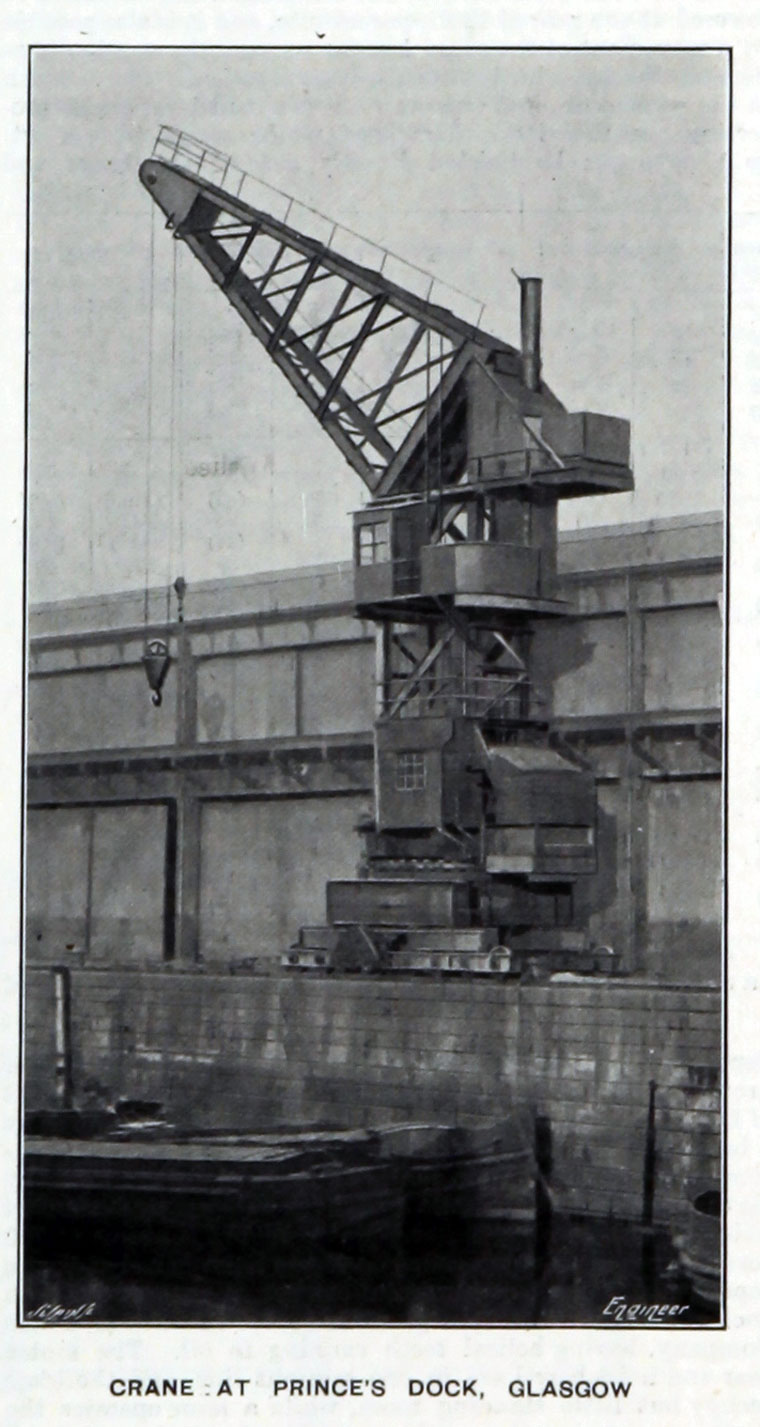 1878 They supplied a Road Roller to the Glasgow Board of Police.[4]

1881 They supplied 2 no. steam cranes to the Caledonian Railway. A 5-7 Ton, 4 Wheel, Timber jib. It was exhibited at an International Exhibition and is still in use at General Terminus Quay, Glasgow c.1960. [7]

1925 Appointed the Harvie Corporation of Broadway Buildings, Westminster, London, S.W.I. as their sole representatives for the London area.[10]

1930 Manufacture ceased. Commercial interest taken over by Herbert Morris, Loughborough - the reason archives are in Leicester and Rutland Record Office.

Wimshurst and Co., later as Wimshurst, Hollick and Co were also London agents.