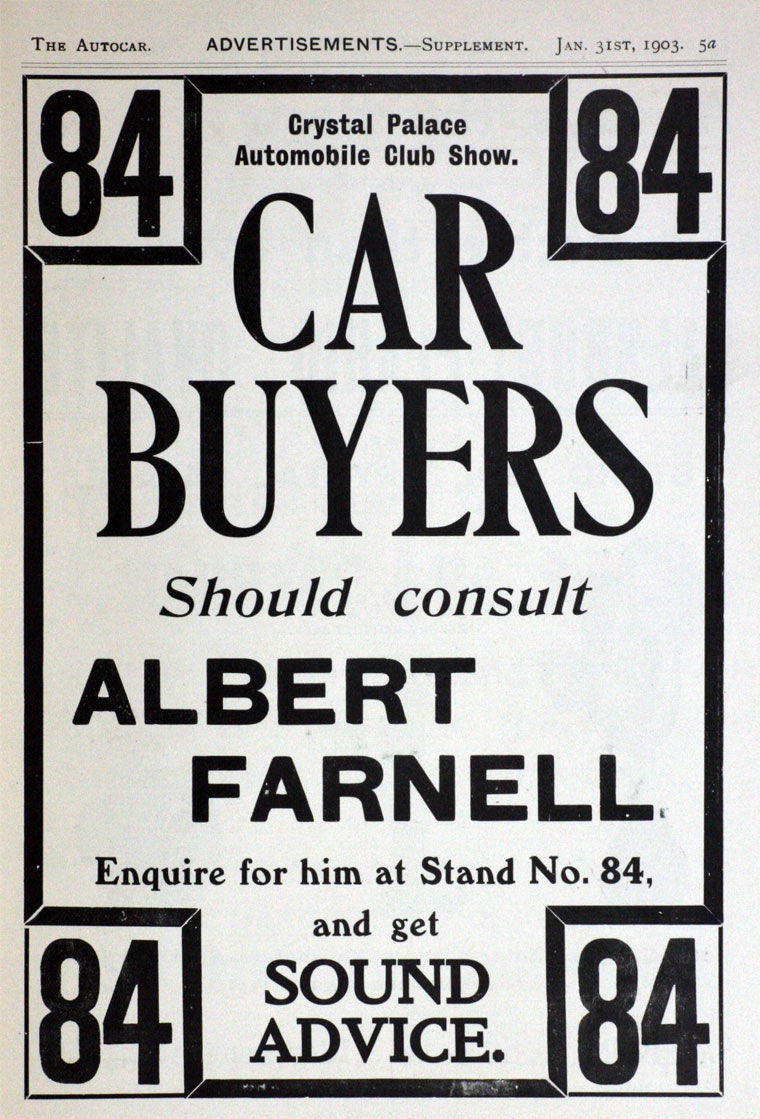 Farnell was a motorcycle produced between 1900 and 1901, by Albert Farnell of Bradford in West Yorkshire.

Albert Farnell had been a racing cyclist in the 1890s, and he went on to build this early primitive motorcycle.

The machine was very similar to most others of the era and only one was made. It had a 2.75hp Minerva engine fitted to a bicycle frame. In the beginning it was too highly geared for the local hills, so revised pulleys were eventually fitted.