Grace's Guide is the leading source of historical information on industry and manufacturing in Britain. This web publication contains 147,389 pages of information and 233,518 images on early companies, their products and the people who designed and built them. 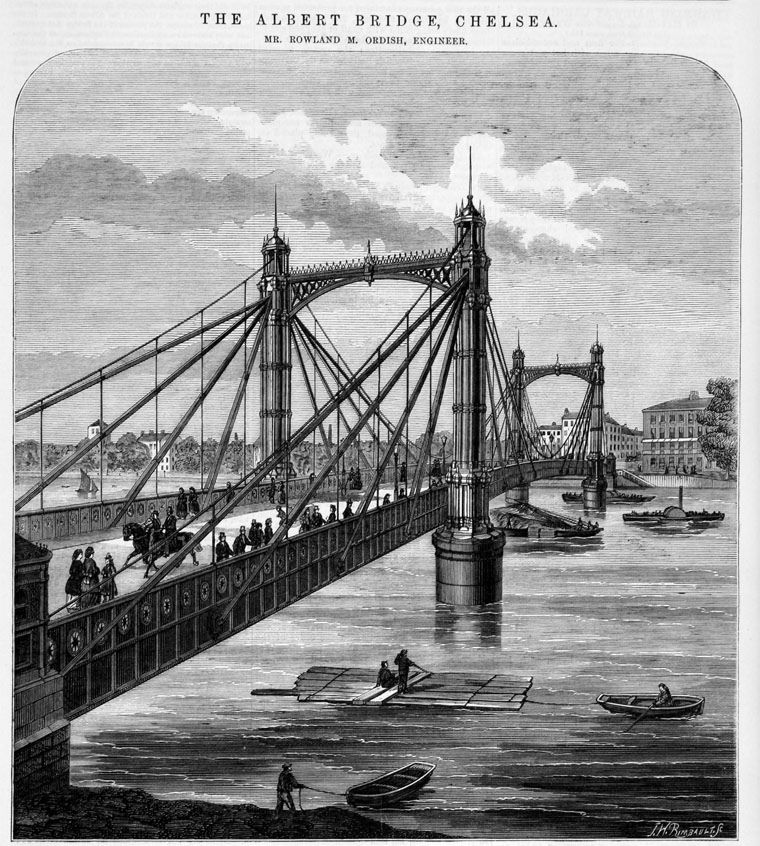 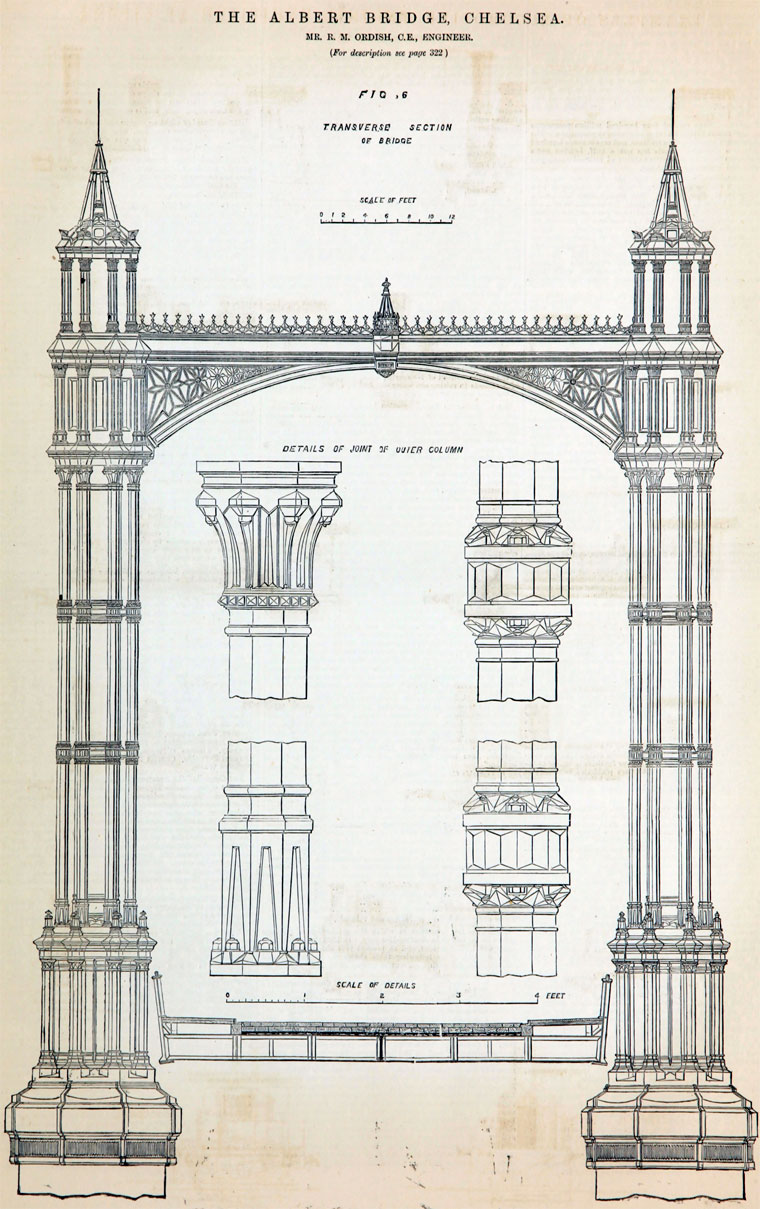 Rowland Mason Ordish was appointed to design the new bridge. Ordish was a leading architectural engineer who had worked on the Royal Albert Hall, St Pancras railway station, the Crystal Palace and Holborn Viaduct.

The bridge was built using the Ordish–Lefeuvre Principle, an early form of cable-stayed bridge design which Ordish had patented in 1858. Ordish's design resembled a conventional suspension bridge in employing a parabolic cable to support the centre of the bridge, but differed in its use of 32 inclined stays to support the remainder of the load