Grace's Guide is the leading source of historical information on industry and manufacturing in Britain. This web publication contains 148,391 pages of information and 233,863 images on early companies, their products and the people who designed and built them. 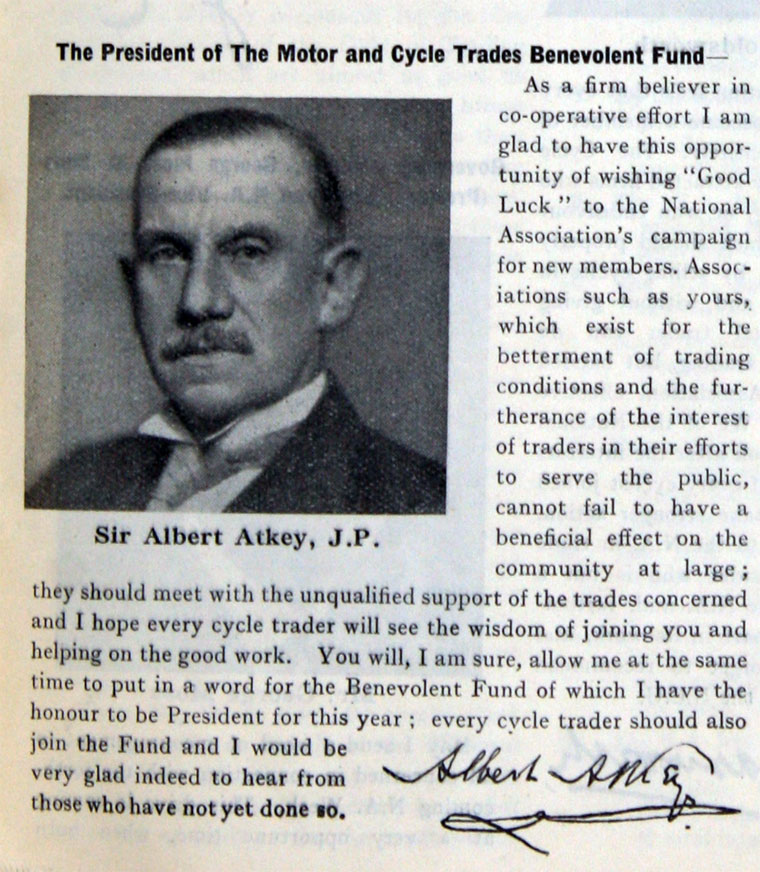 May 1938. President of the Motor and Cycle Trades Benevolent Fund.

At 13 he had gone to work in the corporation water department, training to become an engineer. His interest was cycling, and by the age of 18 he had opened a cycle repair shop in Canal Street, Nottingham.

A. R. Atkey and Co, motor engineers was established in 1897 and a year later, Albert travelled to South Africa to sell his cycle accessories, establishing lasting friendships both there and in Rhodesia.

He set up the first car sales room in Johannesburg, in 1902.

By 1921, with a son and grandson to follow him, he had registered offices in Trent Street and a motorcycle branch at 109 Arkwright Street.

Parliament Street became the main showroom and there were other branches in Mansfield, Derby, Ashbourne and Uttoxeter.

He was a major distributor for Austin.