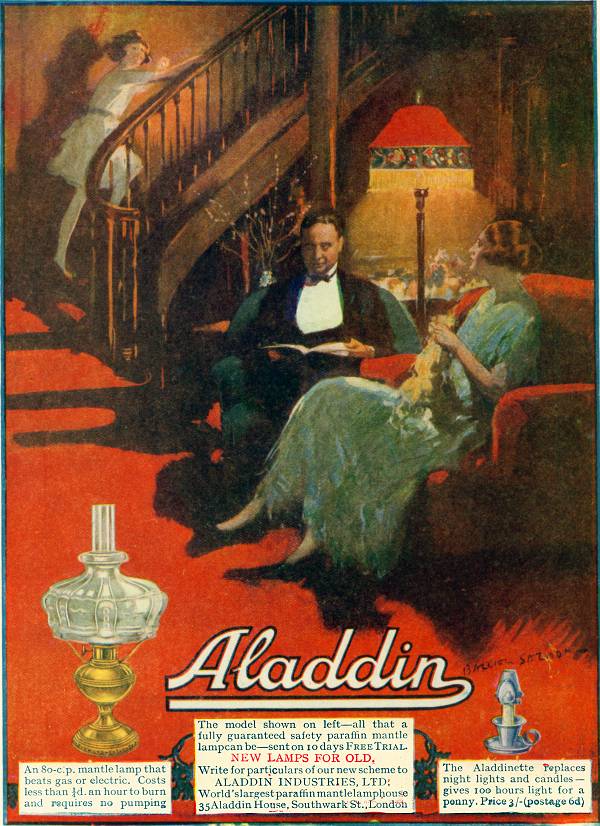 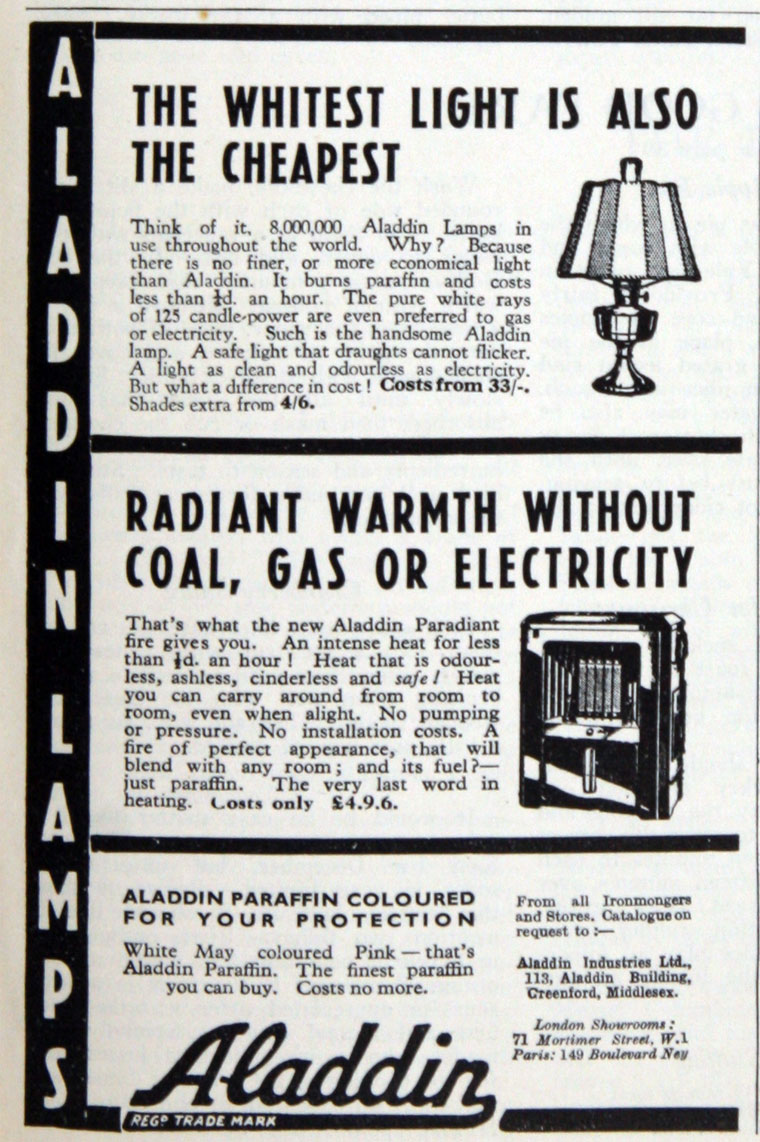 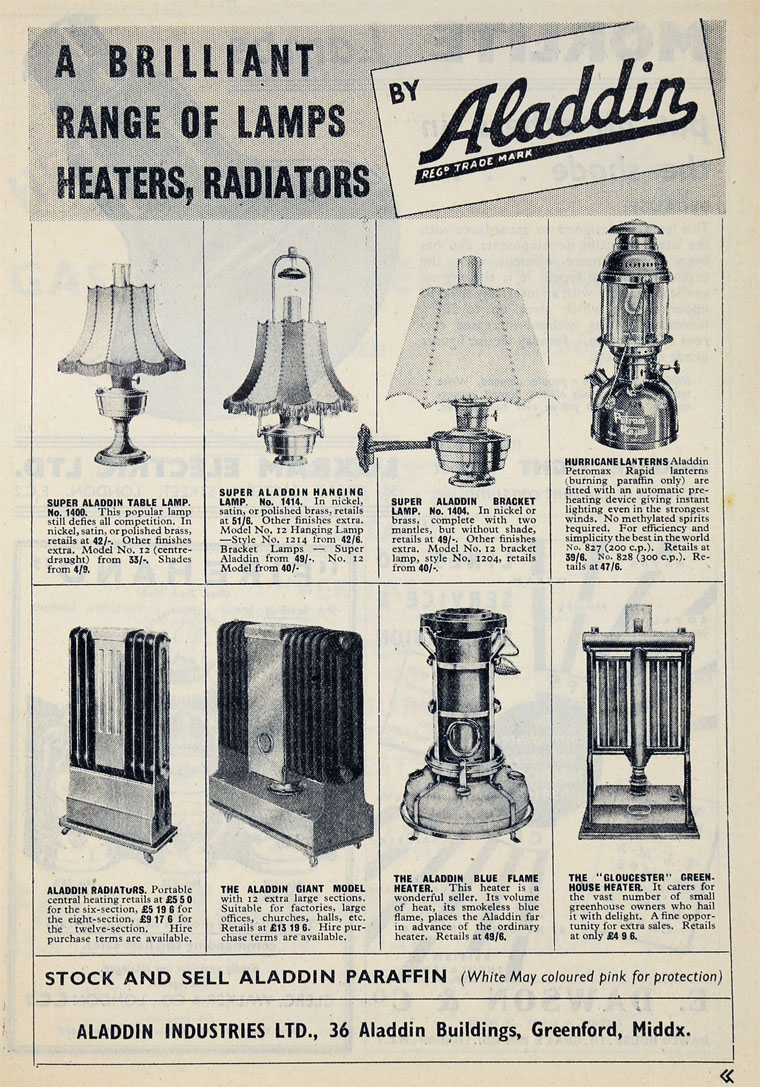 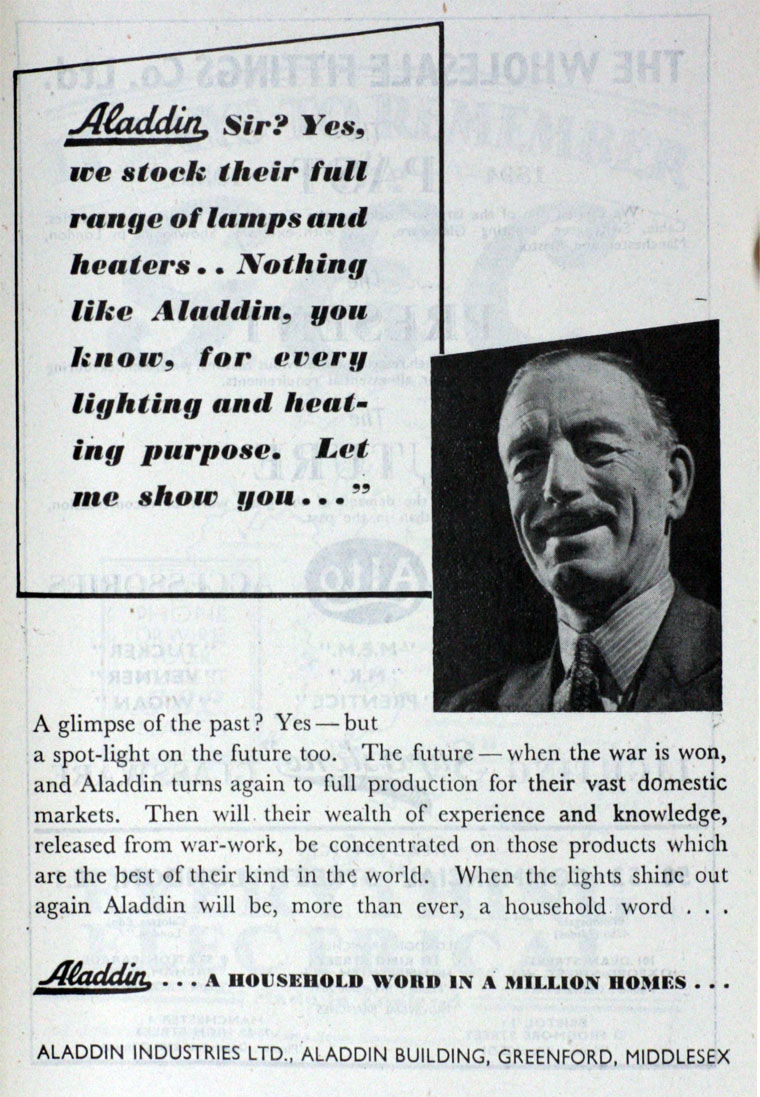 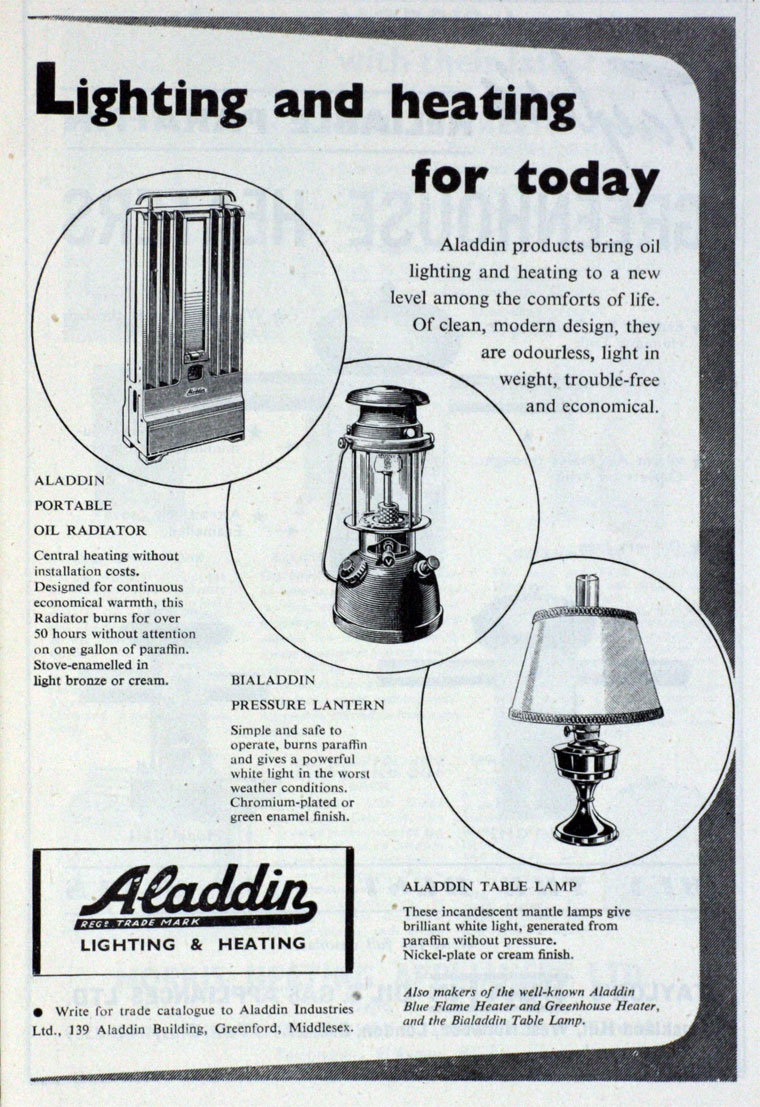 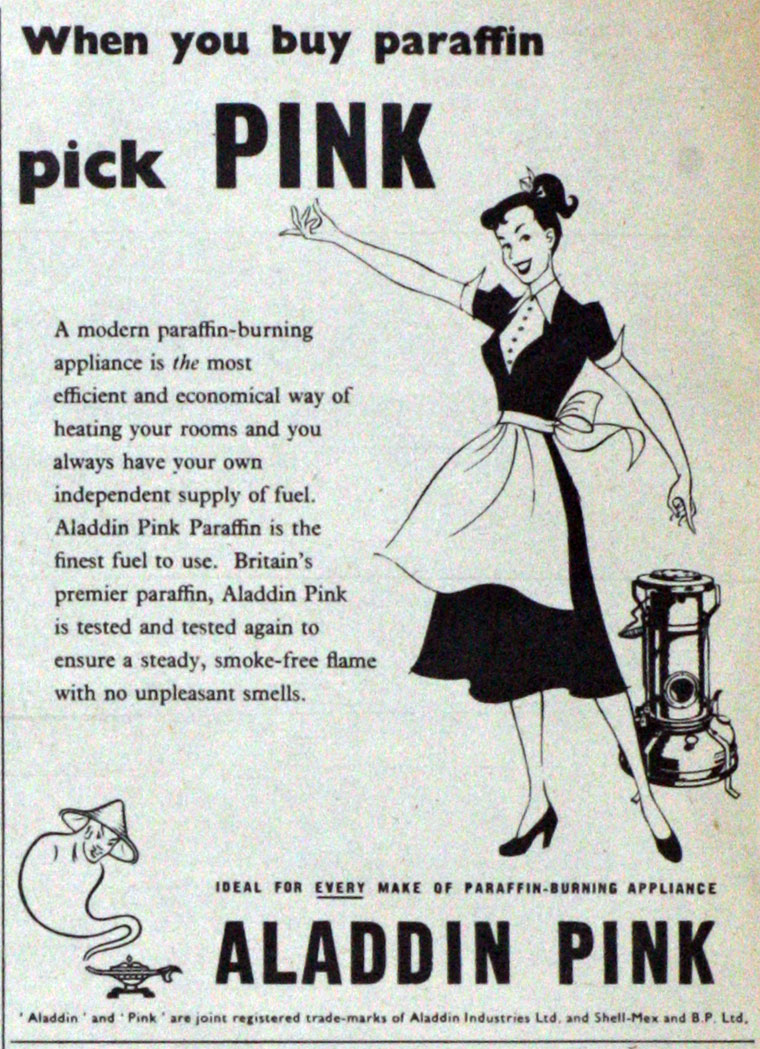 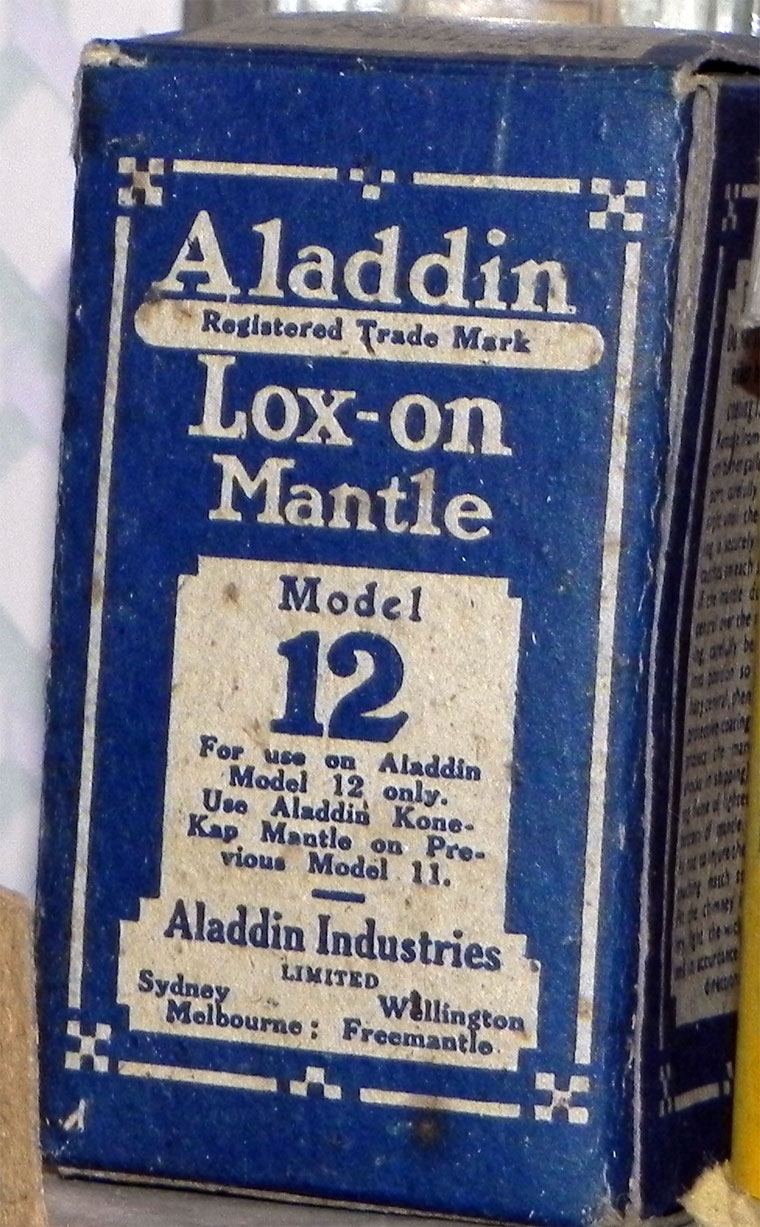 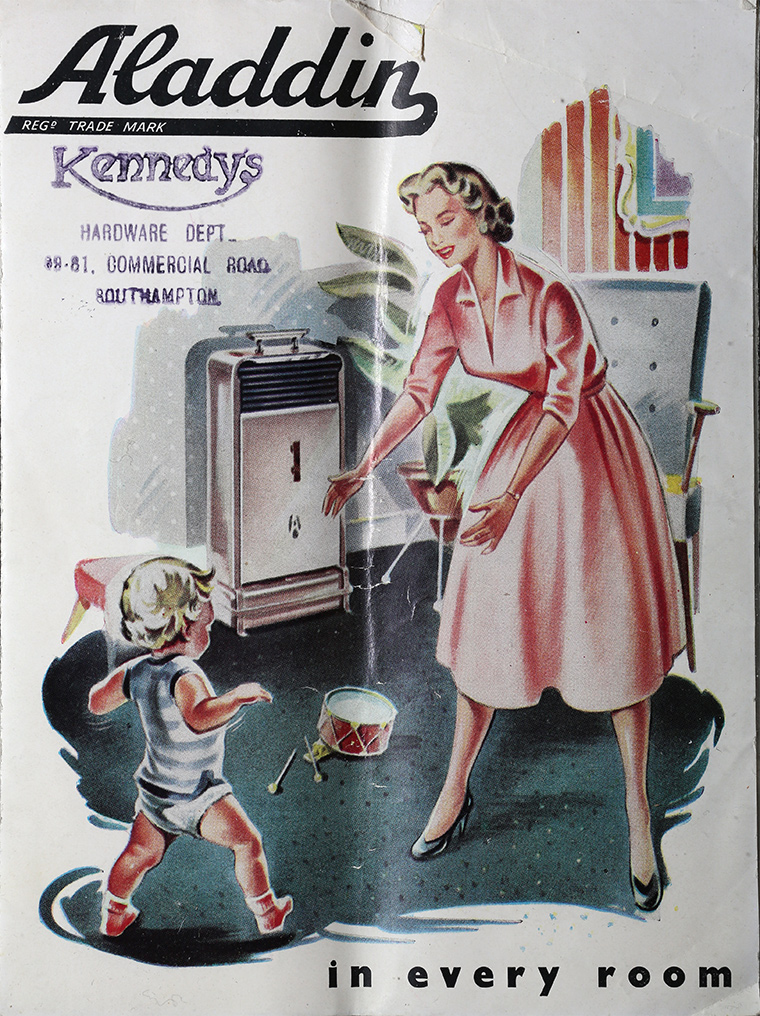 1908 Johnson incorporated The Mantle Lamp Company of America. At that time Johnson estimated there were about 65 companies distributing kerosene mantle lamps in the USA but only 9 or 10 manufacturers world-wide. Johnson then acquired an improved centre-draft burner that had been patented by Charles E. Wirth.

1909 Johnson introduced the Aladdin lamp which proved to be more efficient than other mantle lamps.

1911 Further improvements followed - the first was patented by Charles H. Smith which led to a model with combined mantle cap and burner cone, improved construction and a new air distributor or gasifier.

1919 The Mantle Lamp Co established a subsidiary in England

1919 Aladdin Industries, Inc. was formed as a subsidiary of The Mantle Lamp Company to make and sell Thermalware® and vacuum bottles.

1926 In the Matter of Letters Patent granted to CHARLES HAZOR SMITH, in respect of an invention entitled "Improvements in Incandescent Vapor Lamps " and numbered 3969 of 1911 .... NOTICE is hereby given, that Aladdin Industries Limited, whose registered office is situate at No. 118, Southwark-street, in the county of London, and The Mantle Lamp Company of America, of West-street, Chicago, U.S.A., incorporated under the Laws of the State of Illinois, have ... applied for an order that the term of the above mentioned patent may be extended for a further term of five years or such other term as the Court shall think fit ....[1]

By 1955 Aladdin Pink was a registered trademark of Aladdin Industries and Shell-Mex and B. P. used to describe a brand of paraffin.(see advert)

By 1972 also of Brenda Road, Hartlepool.

1978 Maker of vacuum ware but, although second in the British market, Aladdin Industries was well behind the market leader, Thermos[5]

1982 Maker of vacuumware; in voluntary liquidation[6]