Grace's Guide is the leading source of historical information on industry and manufacturing in Britain. This web publication contains 138,941 pages of information and 225,312 images on early companies, their products and the people who designed and built them. 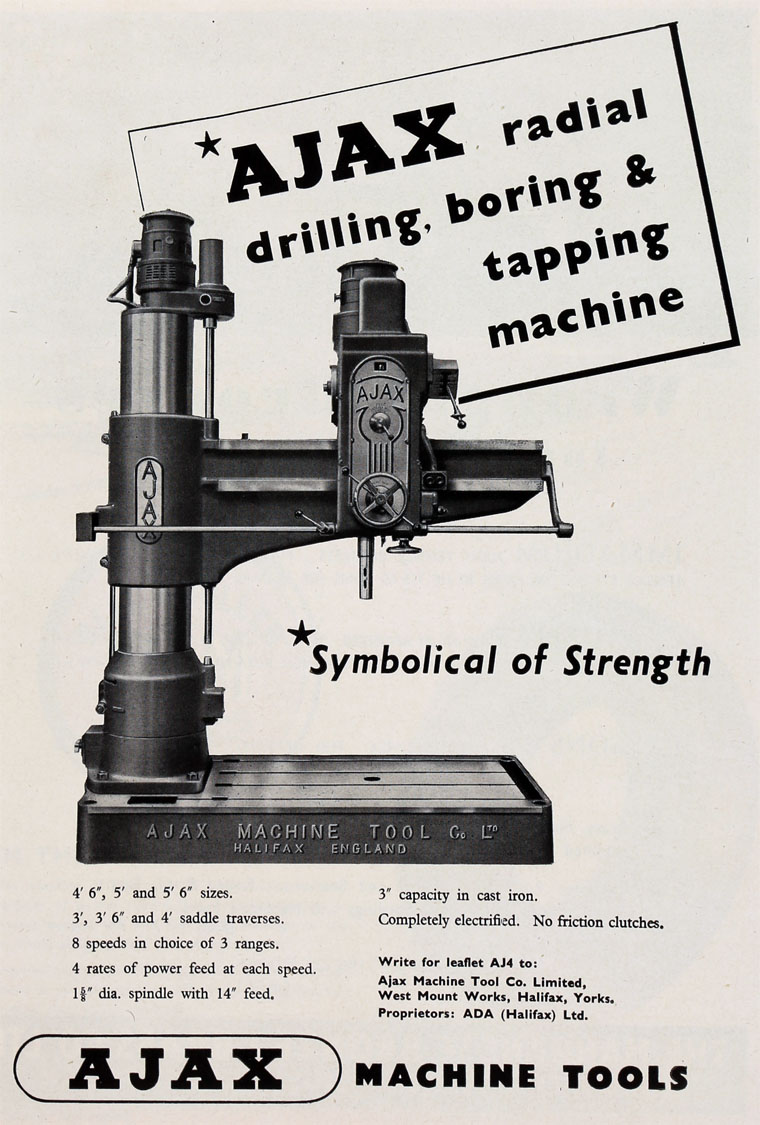 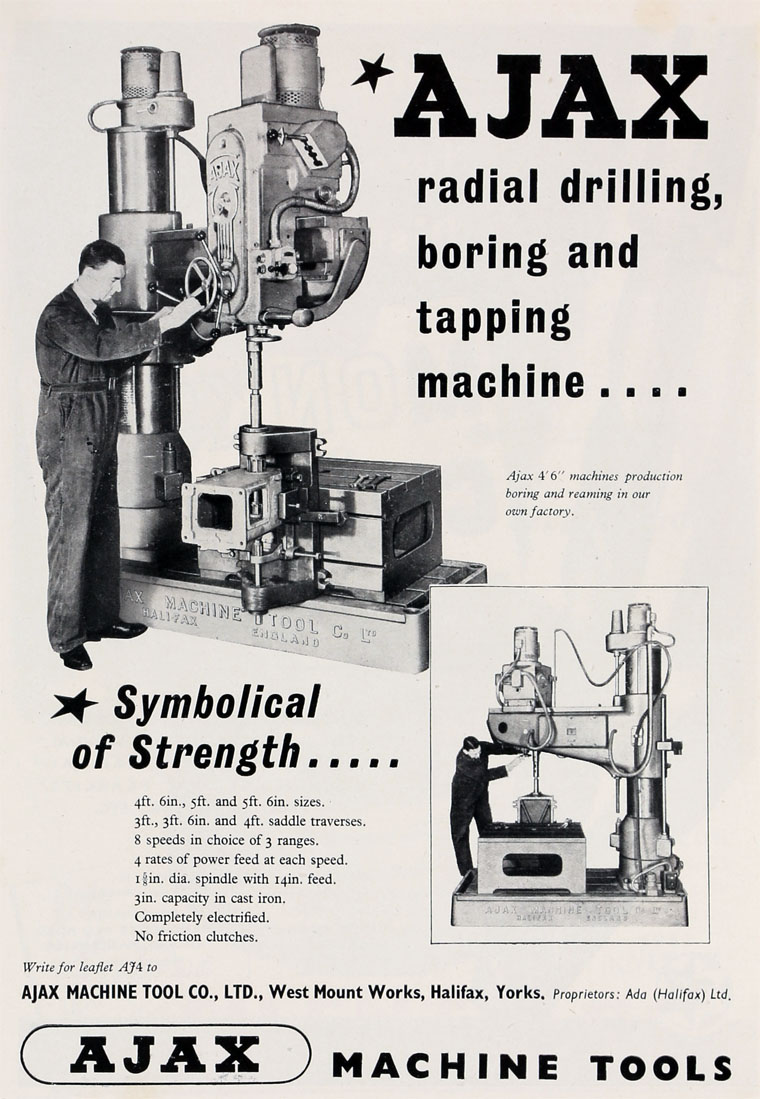 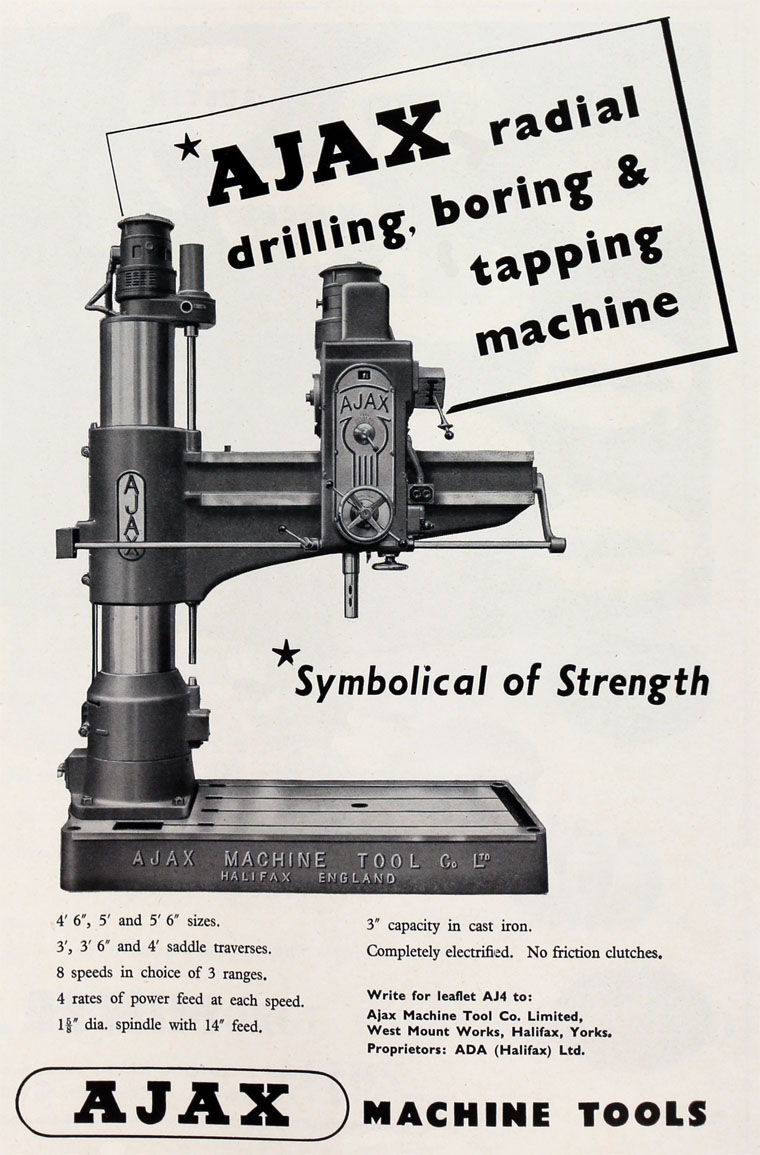 1942 George Carter and K. W. Howarth took on the leadership of the business

1950 A new public company, Ada Domestic Appliances was incorporated which acquired the whole of the issues share capital of the company. A new machine tool factory was being equipped at Holmfield, Halifax; when this was occupied, West Mount would be used solely for washing and ironing machines.

1962 Ada (Halifax) announced an intention to diversify; the 2 main businesses - domestic appliances and machine tools would be separated[3]