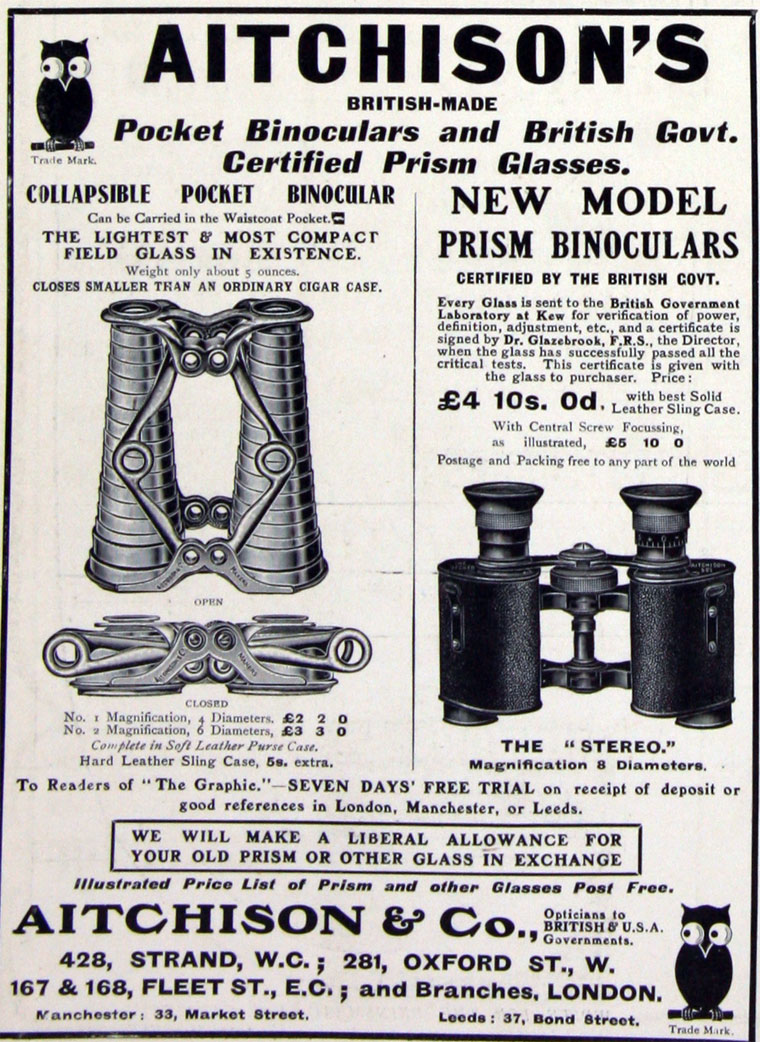 Aitchison and Company, optical instruments, of The Strand, London

1891 Partnership dissolved. '....the Partnership which has for some time past been carried on by James Aitchison and Alexander Thomas Clarkson, under the firm of Aitchison and Co., at 47, Fleet-street and 42, Bishopsgate-street Within, both in the city of London, in the trade or business of Opticians, has this day been dissolved by mutual consent. All debts due to and owing by the said late firm will be received and paid by the said James Aitchison, who will in future carry on the said business under the same style or firm of Aitchison and Co....'[1]